Atlas of the Future
Daily adventures in a better tomorrow
Discover projects by:
Map
All projects
Search:
14.08.2021 — by Bianca Fiore 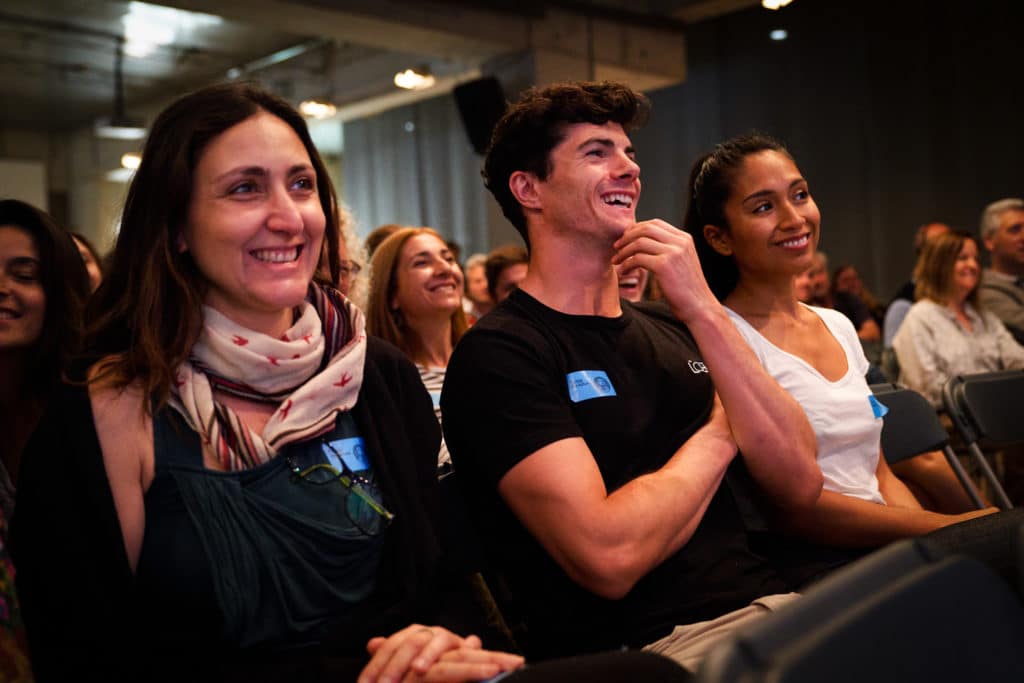 We are beyond thrilled to announce that our festival of hope, surprise, and inspiration is back in Barcelona this December. In fact, we’re so excited that we’ve gone a bit overboard with the programme — expect more speakers, more activities, more screenings, and more surprises!

► Get the programme, speakers, and updates directly in your inbox 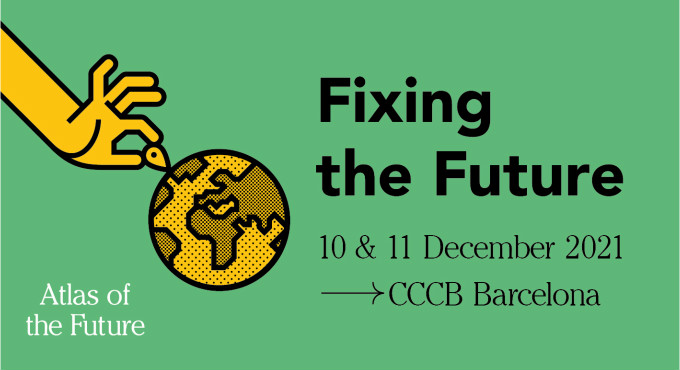 The future is back, come meet it in Barcelona.

Tickets for our 2018 edition sold out fast and in 2019, we decided to turn the event into a 2-day festival of joy to build a better, greener future with and for all. 2020 saw us hold the free online Fixing the Future special education edition and in July, we launched our roaring Nature Talks.

This year, in partnership with Holaluz, we’re back at CCCB in Barcelona to reimagine our cities, clothes, food, oceans, culture, and more.

Life on our planet is facing crucial challenges, and it’s going to take our best effort to help solve them. That’s why we asked over 50 FutureHero speakers to join us — innovators, entrepreneurs, creatives, educators, artists, social pioneers are only some of the changemakers you’ll be meeting at Fixing the Future 2021.

Come join the discussions that are reshaping our world — expect two days of keynote interviews, debate panels, and 1-2-1 networking sessions that will surprise, move, and inspire you. Visual activists can discover new perspectives with thought-provoking screenings, while practical learning fans can pick a workshop and get hands-on experience. All Fixing the Future sessions are in English and Catalan.

Find out more about what’s cooking on the ► 2021 Fixing the Future festival website.

Can’t wait already? Catch a sneak peek of our lineup below (more to be confirmed soon!) 👇 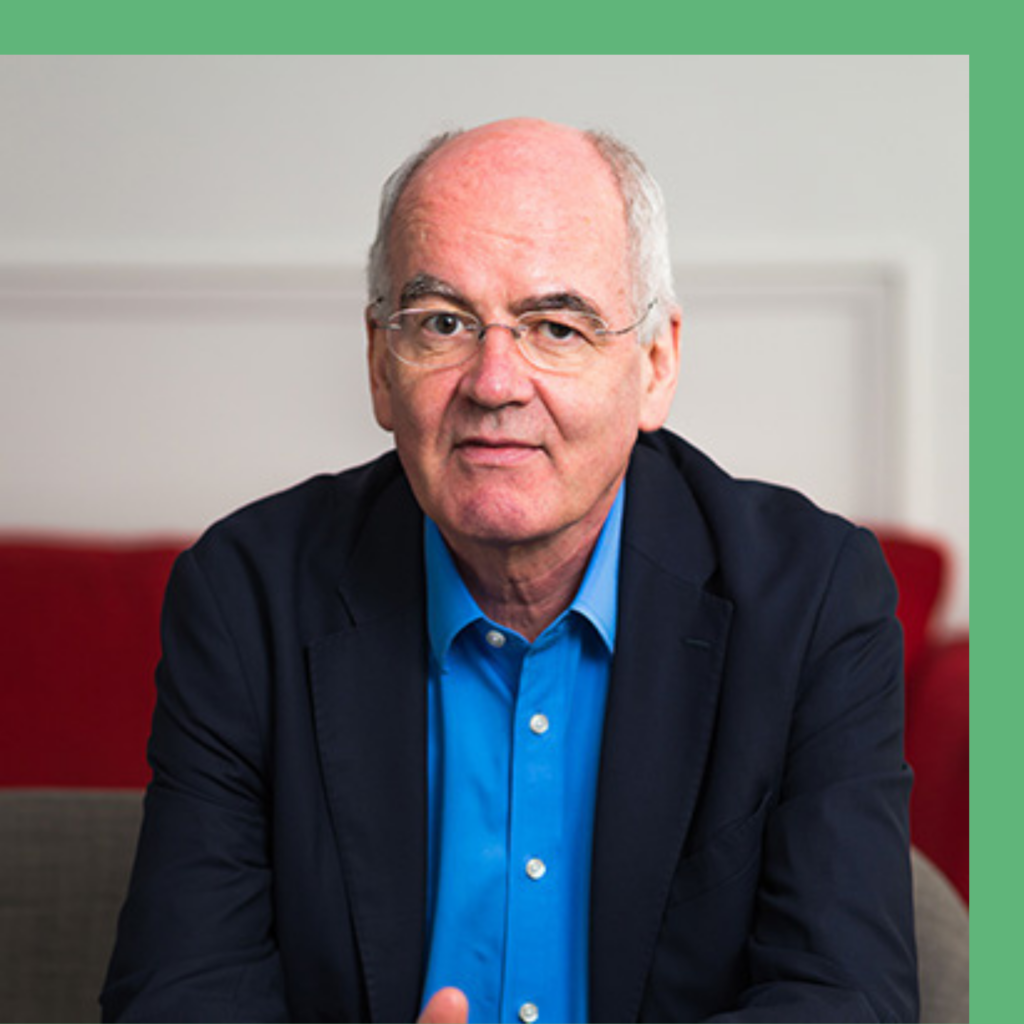 Ever seen a green swan?

“If we are to make sense of this new century of ours, we must buckle up and break through  –  evolving new technologies, new business models and, most fundamentally of all, new mindsets.”

Serial writer and entrepreneur, John Elkington is a world authority on corporate responsibility and sustainable development. He co-founded Volans in 2008 to bridge the gap between companies and exponential thinkers and innovators, convinced that it’s possible to achieve breakthrough change to create a sustainable future for all. His latest book Green Swans: The Coming Boom in Regenerative Capitalism explores real solutions that might just save the world. 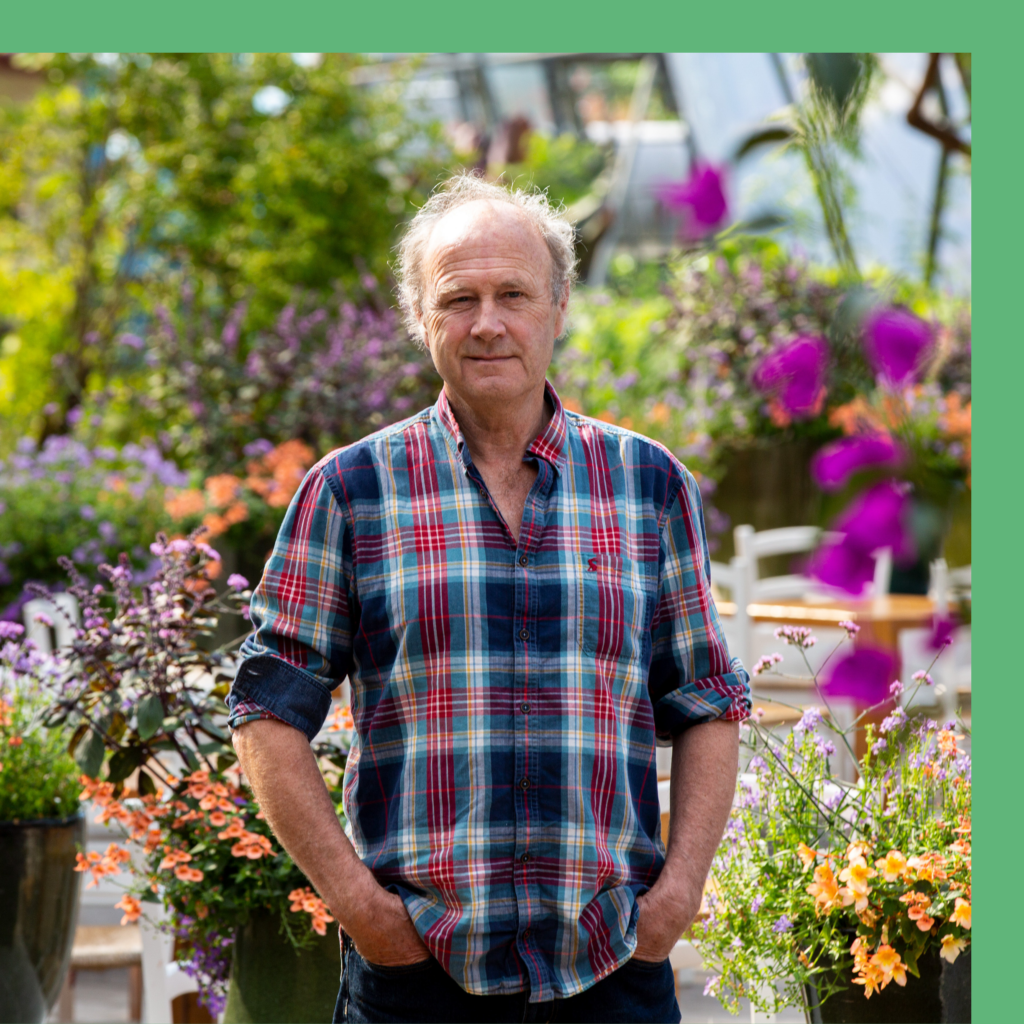 “Sustainability is not about sandals and nut cutlets, it’s about good business practice and the citizenship values of the future”

Can the future be sustainable and also fun? Gold and platinum disc-awarded music producer Tim Smit applied his talent for entertainment to science when he co-founded the Eden Project in Cornwall. Once a sterile clay pit, Eden is now a cradle of life containing world-class horticulture and startling architecture that uses art, drama, and storytelling to engage people in local regeneration. Tim is working towards having an Eden Project on every inhabited continent by 2025. 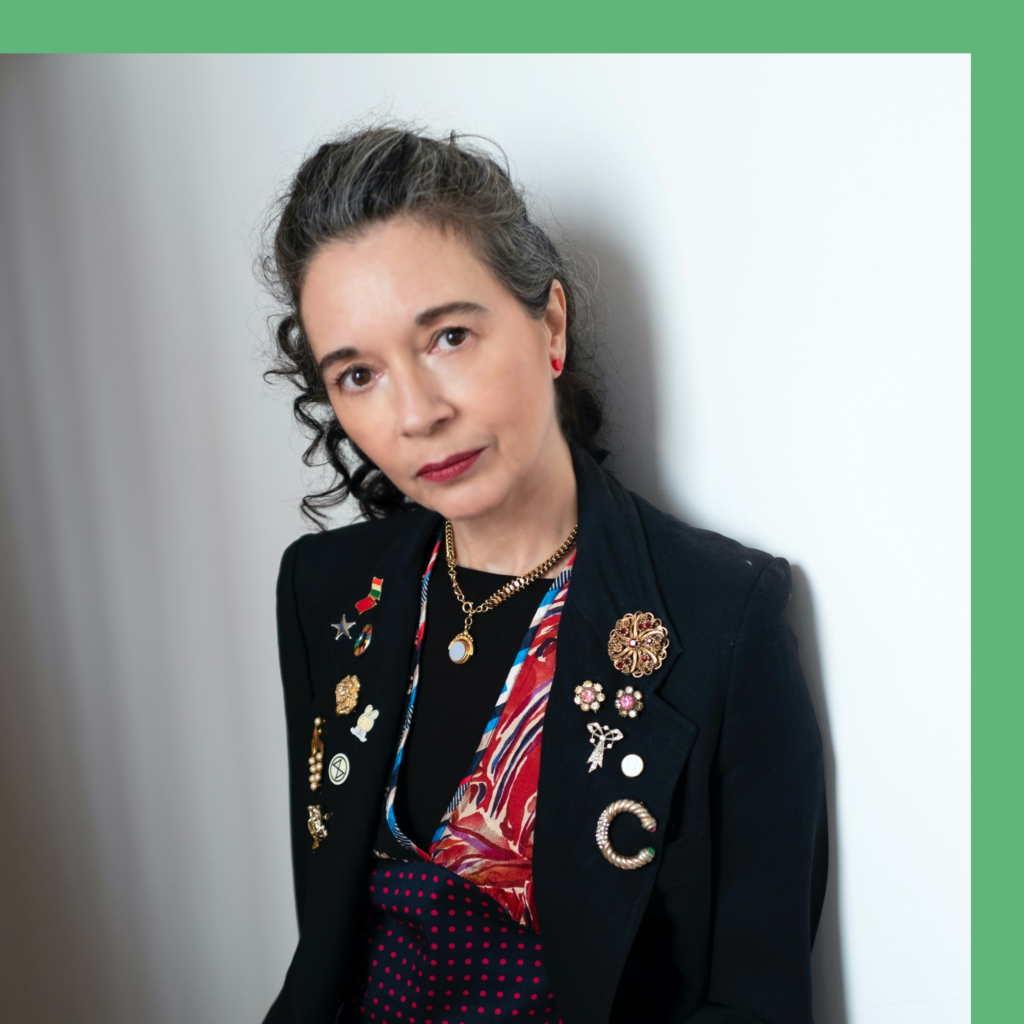 Pulling at the thread of unfair fashion practices

Designer, lecturer, and co-founder and Global Creative Director of Fashion Revolution, Orsola de Castro is one of the world’s top opinion leaders in sustainable fashion. Her global campaign sees participants from over 100 countries ask the hard questions to fix a broken industry, end environmental exploitation, and promote human rights. 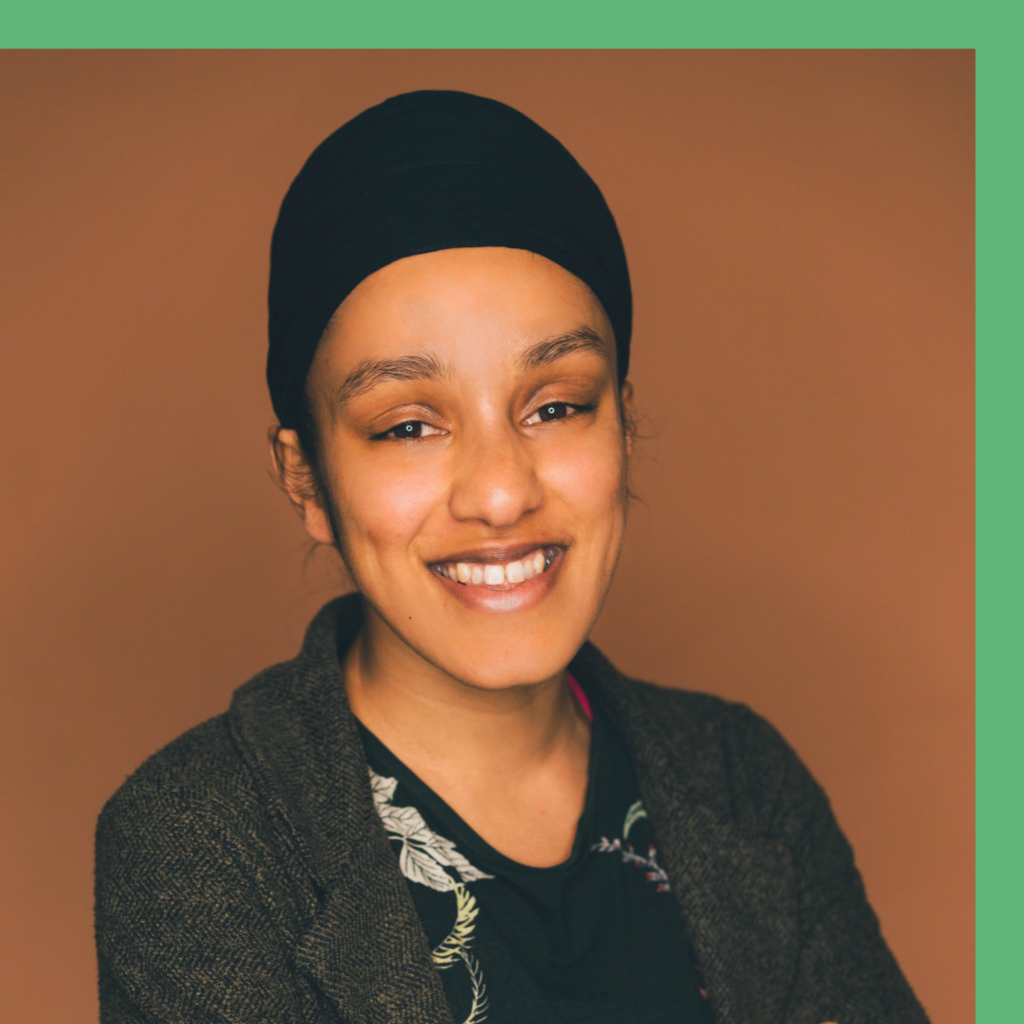 Power to the neighbours

“It’s possible to come together and re-create a world that we’re really proud of, but it’s going to take all of us.” 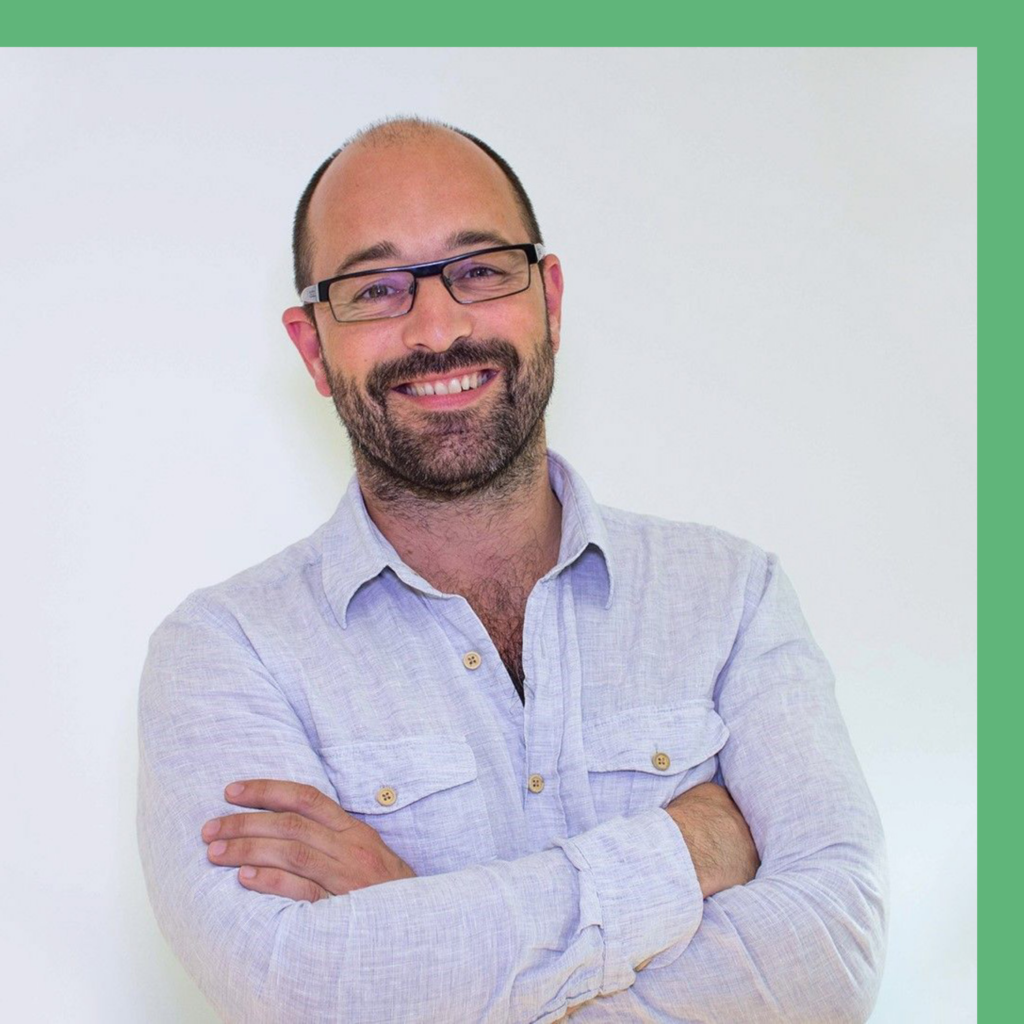 “You can either be bad and deny reality, be blind and delay action, or you can be bright and think with pragmatic optimism.”

After circumnavigating the world without taking off once and co-founding award-winning international change agency Futerra, Futurenaut and green energy guru Ed Gillespie uses wit, straight talking and a pinch of comedy in his systems-shifting speaking, writing, consultancy and facilitation work. He co-hosts The Great Humbling and Jon Richardson and the Futurenauts podcasts, is a serial investor in ethical buisnesses and a member of the Greenpeace board of Directors in the UK. 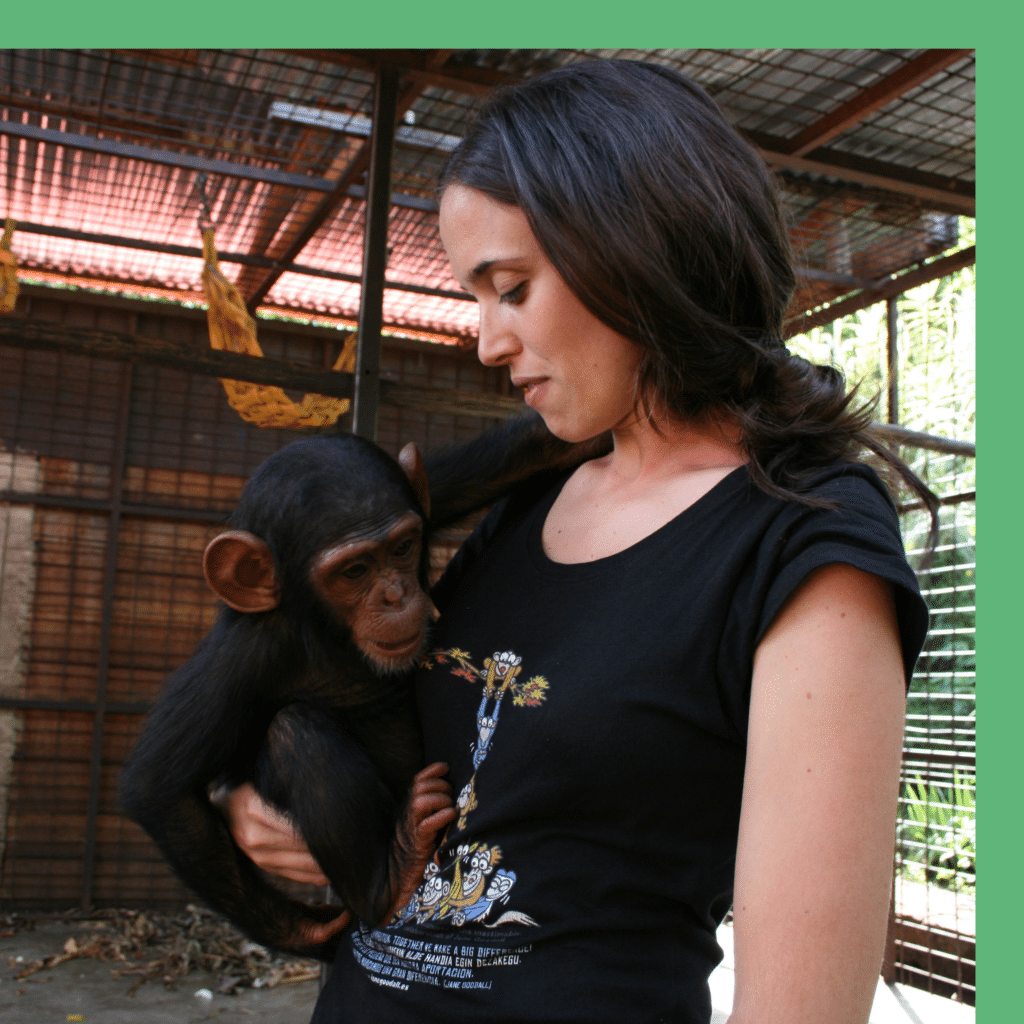 “There’s still hope for change, and change is within each and every one of us.”

Unstoppable Primatologist Laia Dotras has endured days without water nor electricity to rock conservation fieldwork. Her soul-stirring passion earned her a new Krio name as she went door to door in the schools of Sierra Leone to raise climate and deforestation awareness. She’s now the Co-director of the Jane Goodall Institute in Spain and keeps inspiring students at the University of Girona. 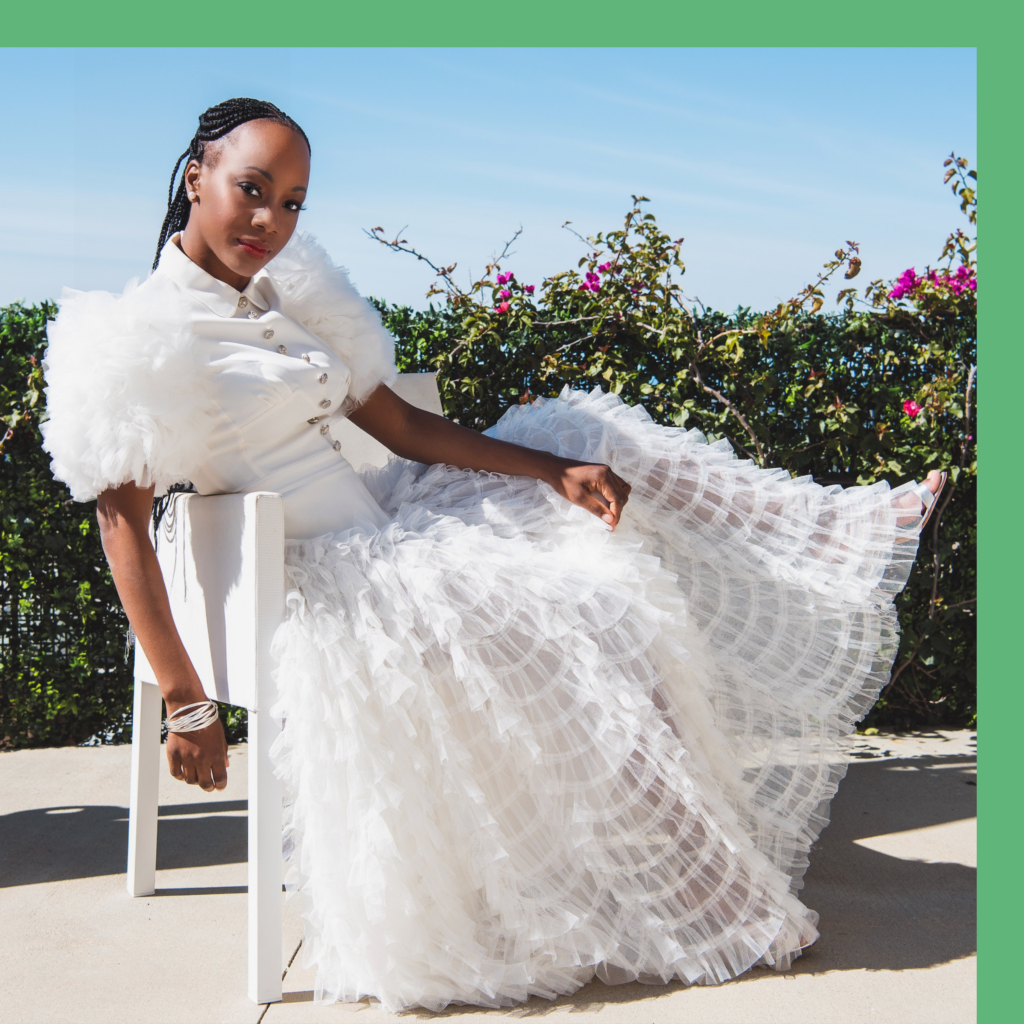 “More people are becoming aware that your location has an impact on how you view sustainability. It’s time to recognise the contributions that different cultures around the globe have made to pioneering sustainability and sustainable innovation.”

Samata Pattinson is a British born Ghanaian writer, broadcaster, entrepreneur, and award-winning designer. As the CEO of Red Carpet Green Dress, a women-led global change-making organisation that brings sustainability to the forefront of the fashion and apparel industry, she’s fighting to fix the waste and inequality behind our clothes. 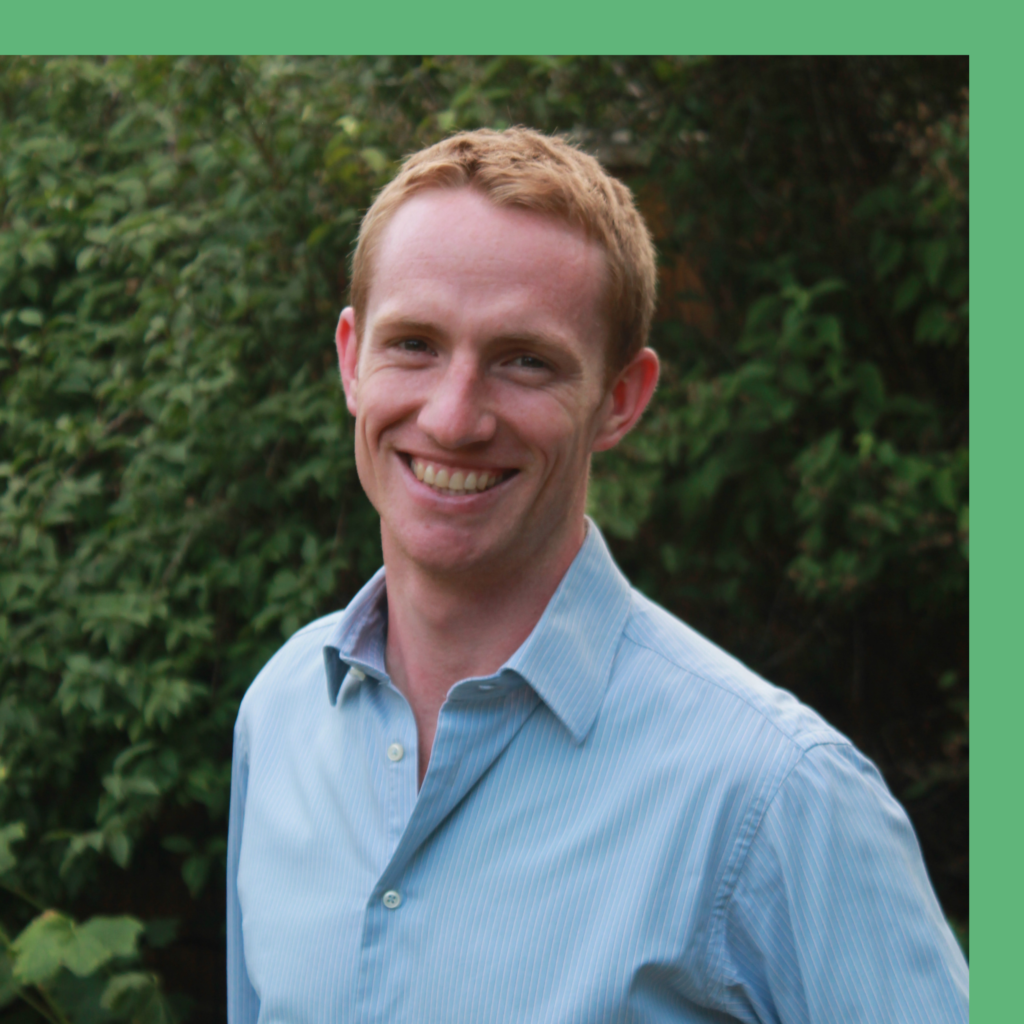 Arrive a consumer, leave a citizen

“What would it look like to put the same creativity that goes into selling stuff, into involving people instead?”

To answer this question, advertisement disruptor and communication wizard Jon Alexander co-founded New Citizenship Project, a strategy and innovation consultancy on a mission to shift the dominant story of the individual in society from consumer to citizen. Jon is a Fellow of both the Young Foundation and the Royal Society of Arts, and a member of the OECD’s Future of Democracy Network.

Conservationist, writer, board Director of Reserva: the Youth Land Trust and youth ambassador 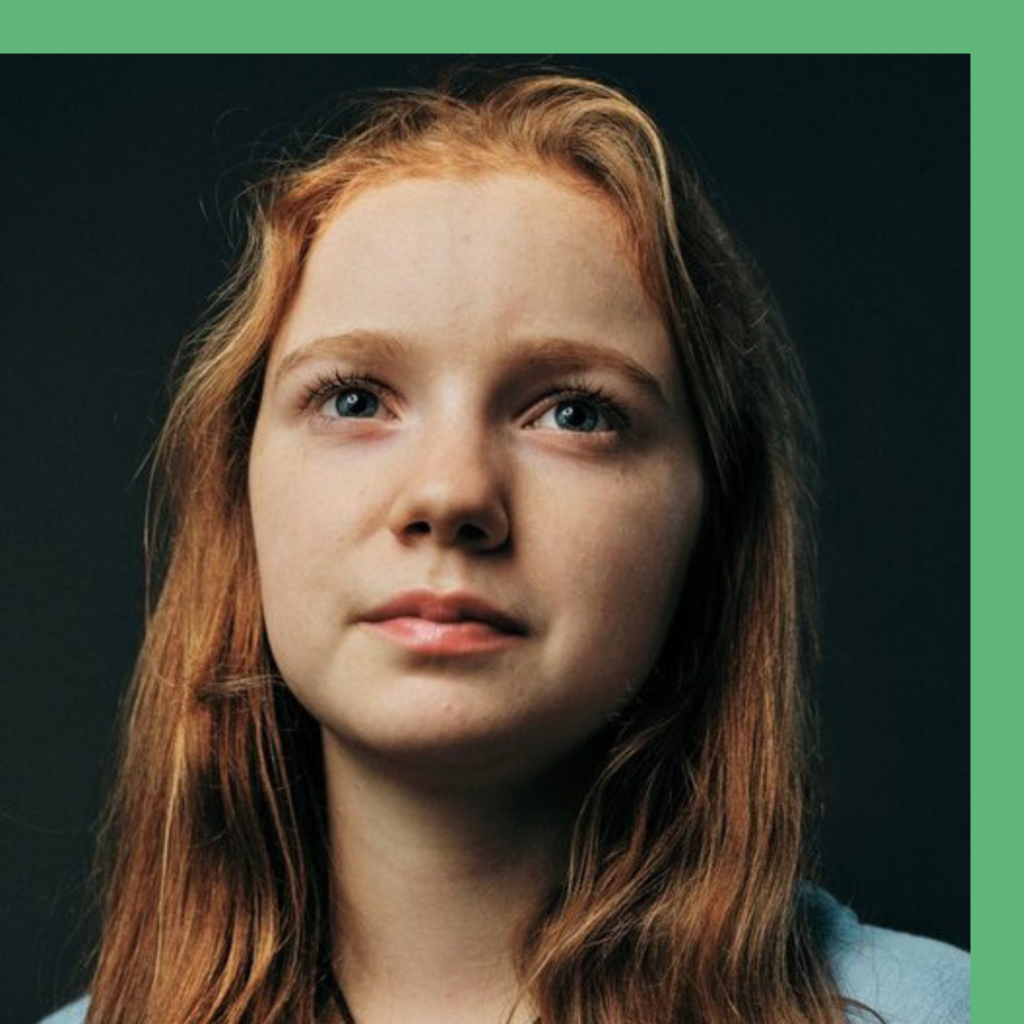 “Yet another reason to protect the natural world is because there exists so much that we haven’t even discovered, and just imagine how many incredible species there are out there living on this planet right now that we have no clue about.”

18-year-old conservationist, campaigner, writer and film-maker, Bella Lack is board Director of Reserva: the Youth Land Trust, the world’s first youth-funded nature reserve, and youth ambassador for the Born Free Foundation, Save The Asian Elephants and the Jane Goodall Institute. She has worked on a feature-length documentary starring Jane Goodall, and her book, Children of the Anthropocene, is out in 2022.

Executive chef and co-owner of Blue Hill and Blue Hill at Stone Barns, author of The Third Plate 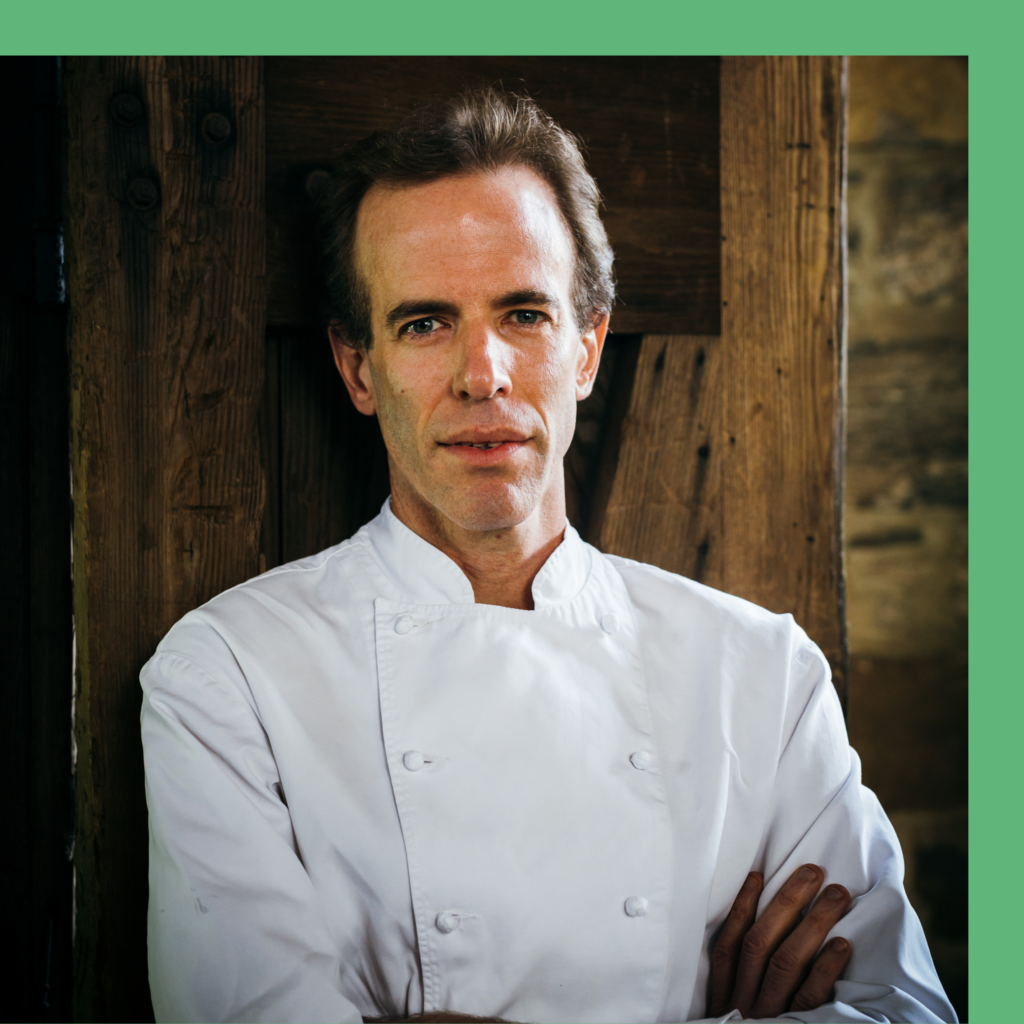 The recipe for a sustainable food system

“I feel so fortunate to be a chef – I get to be the merchant of happiness.”

Kitchen philosopher Dan Barber is the chef and co-owner of farm-to-table Blue Hill and Green Michelin-starred Blue Hill at Stone Barns in New York, and the author of The Third Plate. He also co-founded Row 7 Seed Company, which brings together chefs and plant breeders to develop new varieties of vegetables and grains and strike at the root of our broken food system.

Founder of The Privilege Cafe 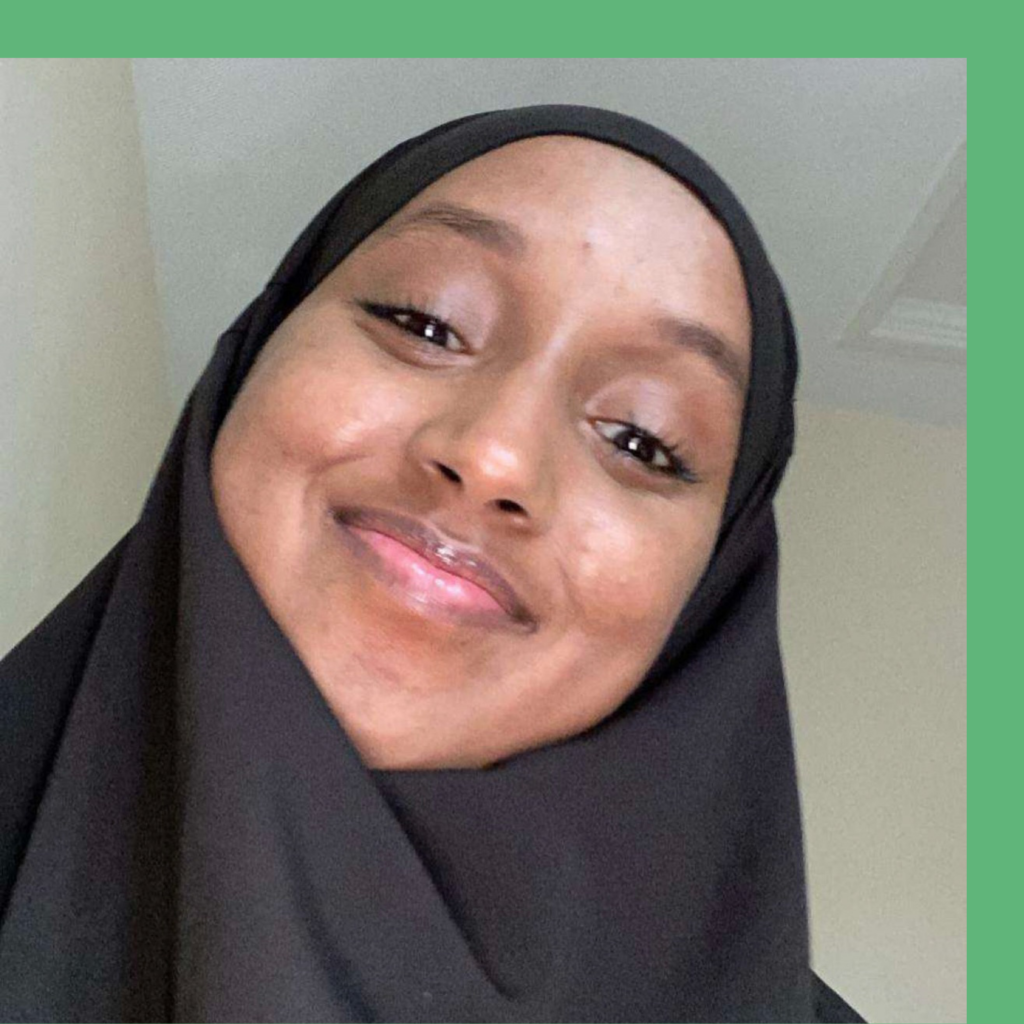 “I was frustrated of being invited into ‘white Zooms’, where I felt that the room was filled with power and privilege and no space for myself as a woman of colour to express herself openly and freely.”

A Somali-Welsh Muslim born, raised, and educated in Cardiff, Mymuna Soleman had enough of the lack of diversity and opportunities to express herself as a woman of colour in spaces filled with privilege. She decided to build a more inclusive society starting from The Privilege Cafe, a virtual informal and relaxed space where the hard questions are always on the menu. Her action-based approach working to highlight privilege and using it for good earned the Cafe the Welsh Government’s Community Grant to Consult on The Race Equality Action Plan. 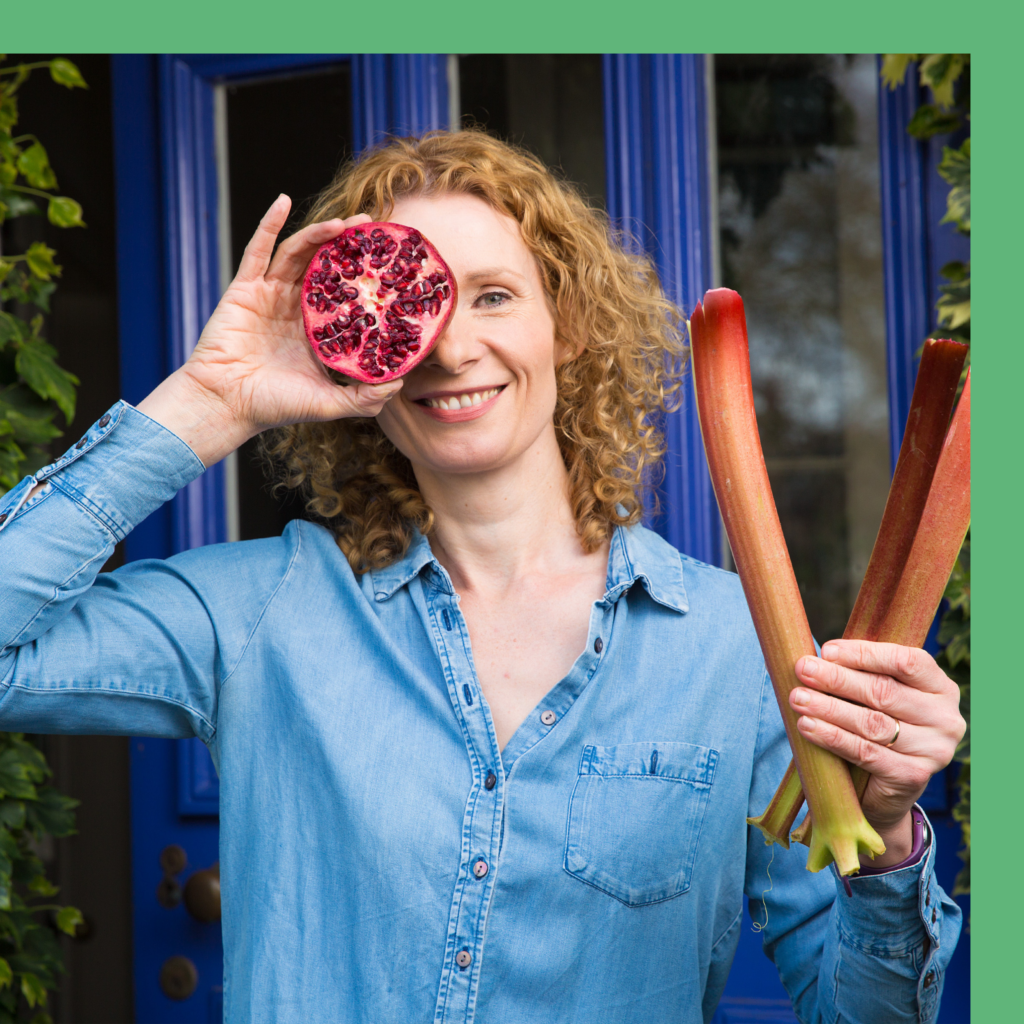 Tastes and smells that make your heart beet

“We have no hope of changing children’s eating habits for the better unless we can help them learn new tastes.”

Bestselling author of The Way We Eat Now, broadcaster, and regular writer for The Wall Street Journal and The Guardian, Bee Wilson is the chair of TastEd, which offers sensory food education to UK schools to help children build wider tastes – especially for vegetables.

You too can change the future ► Get your tickets now.