Atlas of the Future
Daily adventures in a better tomorrow
Discover projects by:
Map
All projects
Blog
Search:
11.09.2016 — by Lisa Goldapple 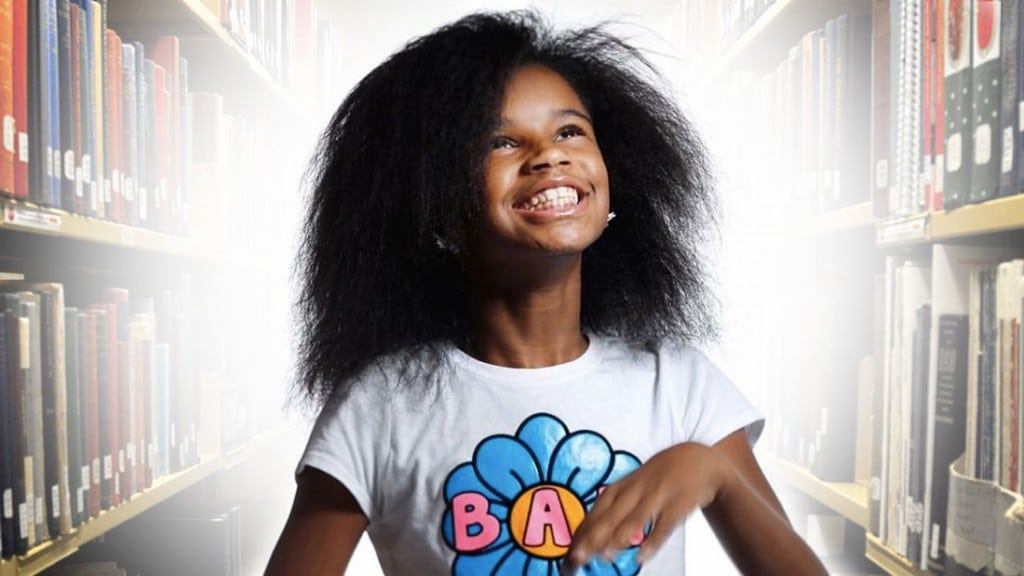 Bored of only reading about “white boys and their dogs” at school, in 2015 an 11-year-old from New Jersey launched a book drive. She collected books from around the world with one thing in common; they all represented black girls or “girls like me”. Then she donated them to schools, starting in Jamaica. In one year #1000blackgirlsbooks amassed over 7,000 books.

Marley might have just eaten a blue slushie before our chat

To consider myself revolutionary I would need more people working for diversity in books. I would like to be able to create a super squad of those people. Right now I am making a small step in the direction of inclusion.

Being a kid opens doors for me. I’m doing something that I haven’t seen a lot of kids do, so that I can create a path for others to do work in literature. I want to make sure that I’m able to blaze a trail for other girls… kids should be able to help create the rules.

It’s important to ask “What about us?” As much as I work to have books with black girls as the main character, I want all voices to be part of everyone’s story, so people can have diverse experiences.

Every person should have access to great, diverse books. That could even mean fixing it so buses stop at libraries so that kids can read out of school. 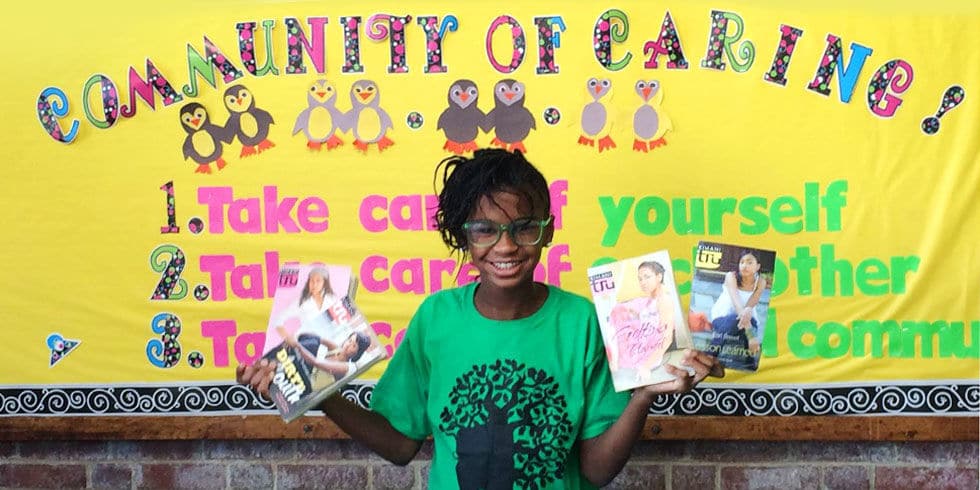 Marley reads one book a week

I want to write a book about black girls’ lives and black girls’ stories. I want the story to be about transformation, probably starting off with a girl who is comparing herself. Don’t always compare yourself. It makes it harder for you to personally grow and be your best self. Then she would become the heroine of the story by doing something… but I don’t know what!

The character I most relate to is in Jacqueline Woodson’s ‘Brown Girl Dreaming’. It’s about a girl who loves to read. She just loves her family. Like me, she doesn’t have any pets and she loves to write, poetry and school. I met Jacqueline when I was on a panel with her in San Francisco. She donated some books to my elementary school.

My mother was born and raised in Jamaica. I chose Saint Mary, Jamaica as the first 1000 black girl books donation point as I wanted to experience my mother’s history. She came to America when she was 13 years old and I thought that it would be important to create the full circle.

My mum runs the GrassROOTS Community Foundation for women and girls. It’s a public health and social action organisation. We have two copies of almost every book collected to keep as a personal library. I have a drawer of 30 Grassroots t-shirts.

I was named after Bob Marley. My mum is surprised that my favourite track is ‘I Shot The Sherriff’. I have it on my phone, so I listen to it sometimes. She thinks that I would prefer ‘One Love’ or ‘3 Little Birds’, but I don’t like the corny songs. 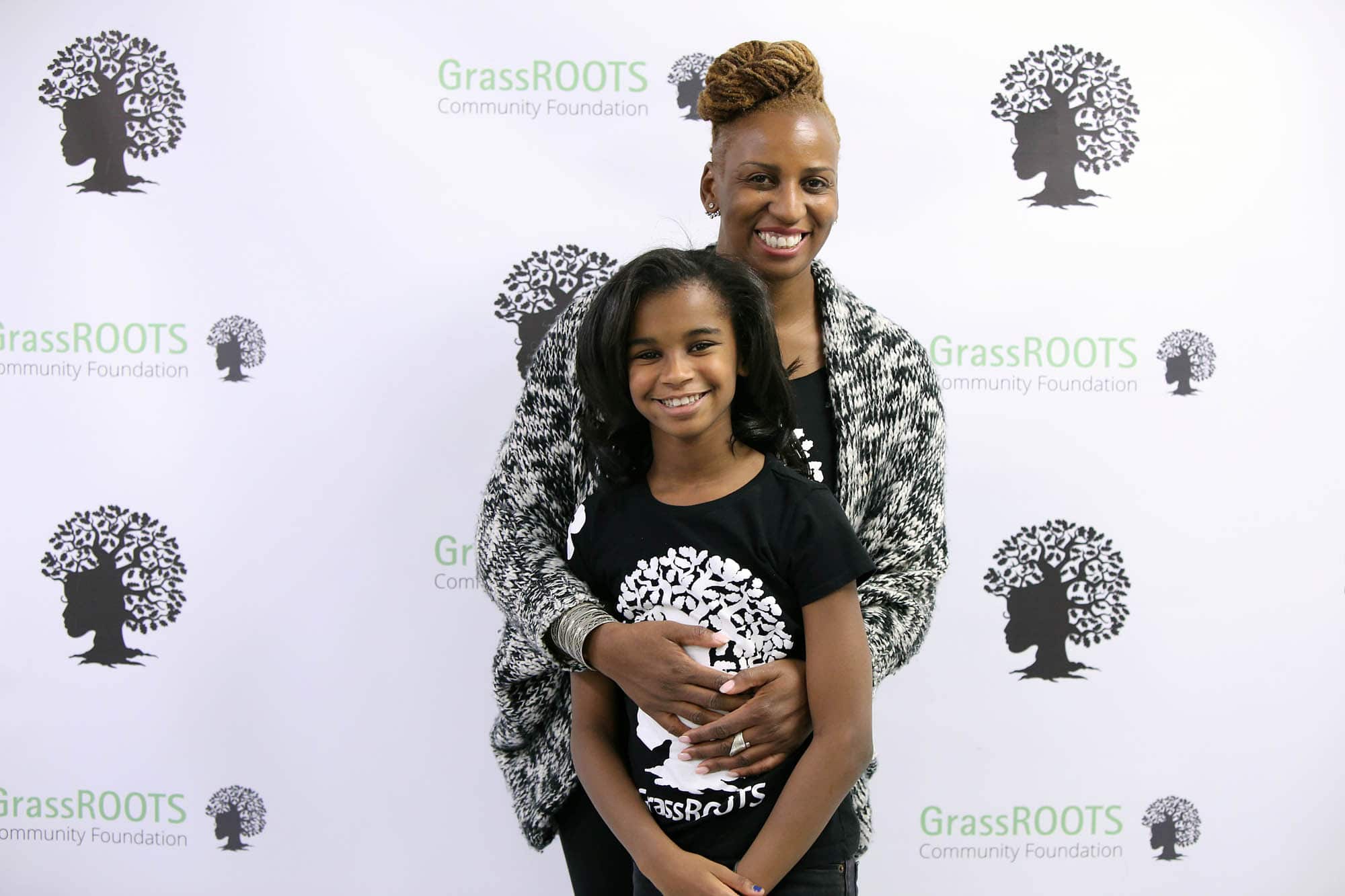 Grassroots started when Marley was five, but now she can fit into her mum’s t-shirts

I appreciate when people are touched by my story. But I prefer inspiration to the point of motivation, when someone actually does something because of something I said. I want people to find problems and create solutions.

The word that sums up the most challenging thing about the #1000blackgirlsbooks project is “entitlement”.At first when I realised that I was able to help people I felt like a charity. I thought ‘I’m giving the books to you, you should be grateful, you should all hail Marley.’ That’s not really something I want to embrace.

I want to be a magazine editor. I’m still playing with that idea, but everything new is evolving. Paper might not exist when I’m my mum’s age! 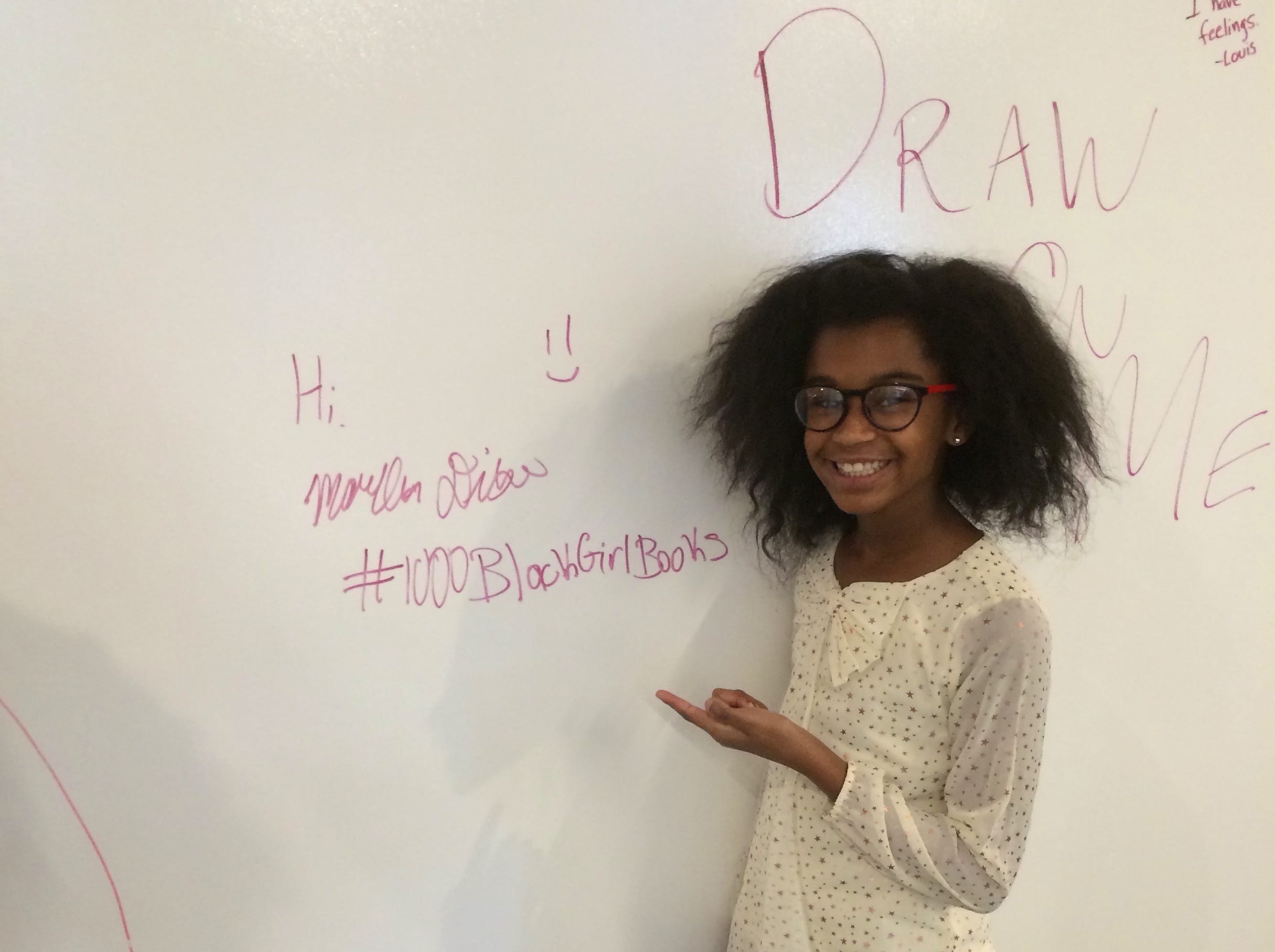 I participated in a health fair for African Health Now in Ghana in 2015. It is a foundation that works to promote sexual, dental and mental health. I think it’s really cool and I want people to know about it.

I don’t want my friends to change their perception of me. I sometimes don’t tell my friends what I’m up to out of school. I don’t lie to them, I just say, I’m going to work or my mum and I need to do something.

I would like to tell the girls who don’t think they can make a difference… that whoever put that idea in your head you should tell them to stop. You can, and as long as you firmly believe in whatever you’re saying your dreams and wishes will come true.

I was a quarterback on my football team. All my friends were like “that’s a boy thing, you could have signed up for cheerleading”. I never say things are a boy colour or a girl colour.

To make a perfect FutureHero… I would take my mother’s kindness, my father’s creativity, Angelina Jolie’s hard working skills and balancing that with being a mother and director, writer and producer. A lot of women help and create a better society for women all over the world. I like to take attributes from different people and use them to create the version of my best self that I want to be.

My FutureHero power would be to go back into the past and save people’s lives. I watch Quantum Leap and would like to do that again and again. That would be awesome.” 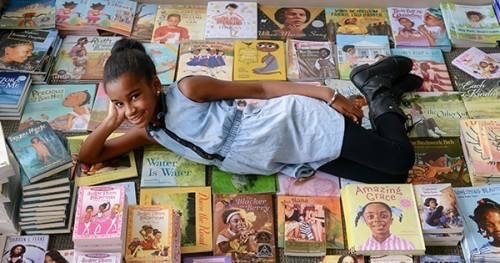 AtlasAction: You can donate books to #1000blackgirlbooks here. ‘Marley Dias Gets it Done: And So Can You’ is out now. To order a copy for £8.79, go to guardianbookshop.com