Atlas of the Future
Daily adventures in a better tomorrow
Discover projects by:
Map
All projects
Blog
Search:
17.02.2016 — by Lauren Burrows, Communications Manager

Reasons to be cheerful: Solutions Journalism 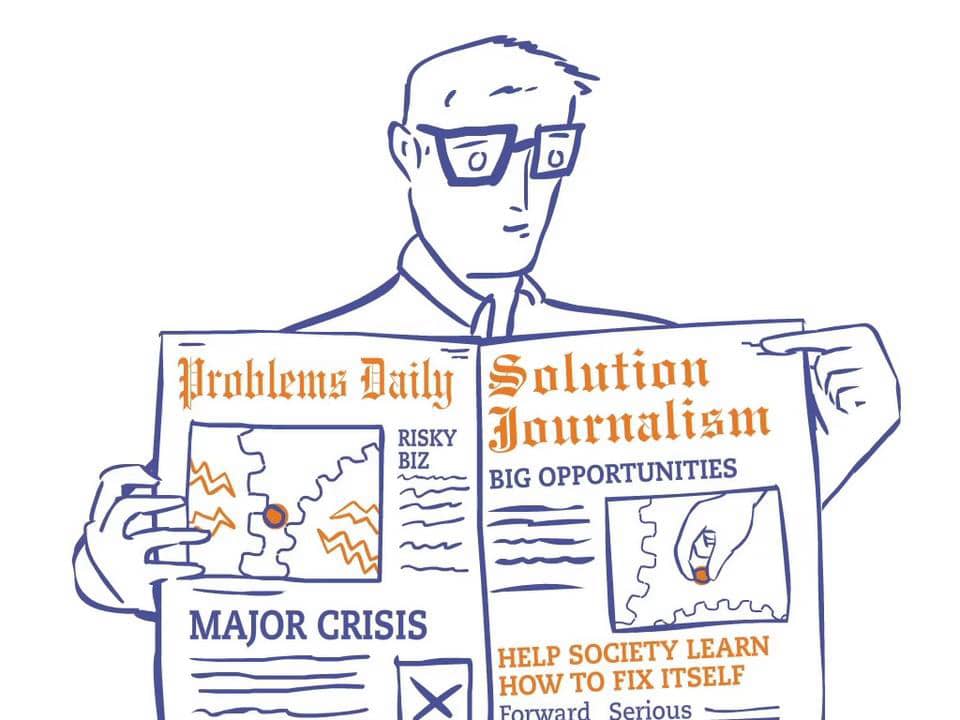 If you’ve ever felt like you can’t face watching the news then you’re not alone. Research shows that people often feel so dispirited by the overwhelming negativity of the news they’d rather not tune in at all. In a survey carried out by Solutions Journalism Network (SJN), people were given a news story to read in a standard format and others were given a Solutions Journalism format. Those who read the solutions coverage reported they had gained knowledge about the issue in the article and believed they could contribute to a solution. As well as this, people reported feeling inspired and optimistic after reading the article and indicated they would read more articles by the person and publication and be more likely to share or discuss the piece.

Evidently, where the media puts its focus affects how we view the world and impacts our actions. Reporting a story by relaying the problem as well as a next step in solving it is used by a wealth of publications such as The Solutions Journalism Network, Global Voices and Positive News – all of which report on news stories daily from around the world. Critics argue that Solutions Journalism means reporters approach stories with a desired ‘outcome’ in mind, and that attempts to bury the negative could make coverage inaccurate or mean it lacks in rigorous, evidence-based research.

Proponents of SoJo argue that these methods are not about light journalism over hard-hitting reportage, and detail ways that writers and news broadcasters can avoid classic mistakes such as ‘hero worship’, ‘Silver Bullet or ‘Favour for a Friend’.

Research commissioned by the BBC World Service found that 64% of under 35s want news to provide solutions to problems, not just tell them about the issues. By providing audiences with the knowledge to try and address problems themselves, the discussion moves beyond what has happened and looks to where to go next.

“This is what we have been doing at World Service on quite a few occasions, where you take a problem and then you try to explain how the problem is being solved in different parts of the world,” said Dmitry Shishkin, BBC World Service digital development editor, speaking at the last Digital Editors Network meeting.

Every report on the spread of the Zika virus with an emotive headline or graphic picture, could also feature examples of mosquito control programmes that have worked. Reporting statistics which tell of failing schools could be paired with projects striving to counter youth exclusion. Even those initiatives which ultimately fail can provide meaningful insight on the ways to tackle problems.

From giant news corporations to smaller platforms like Atlas of the Future, Solutions Journalism is making news more responsive, compassionate and ultimately more shareable. Reflecting the way we live our lives today, small changes could reset the tone of public discourse and help to bring about long-lasting change.

The Solutions Journalism Network travel the country introducing journalists to the practice of solutions journalism through newsroom trainings and webinars. If you’re interested in bringing a team to your newsroom, click here to request a workshop.