Atlas of the Future
Daily adventures in a better tomorrow
Discover projects by:
Map
All projects
Blog
Search:
05.01.2016 — by Lisa Goldapple 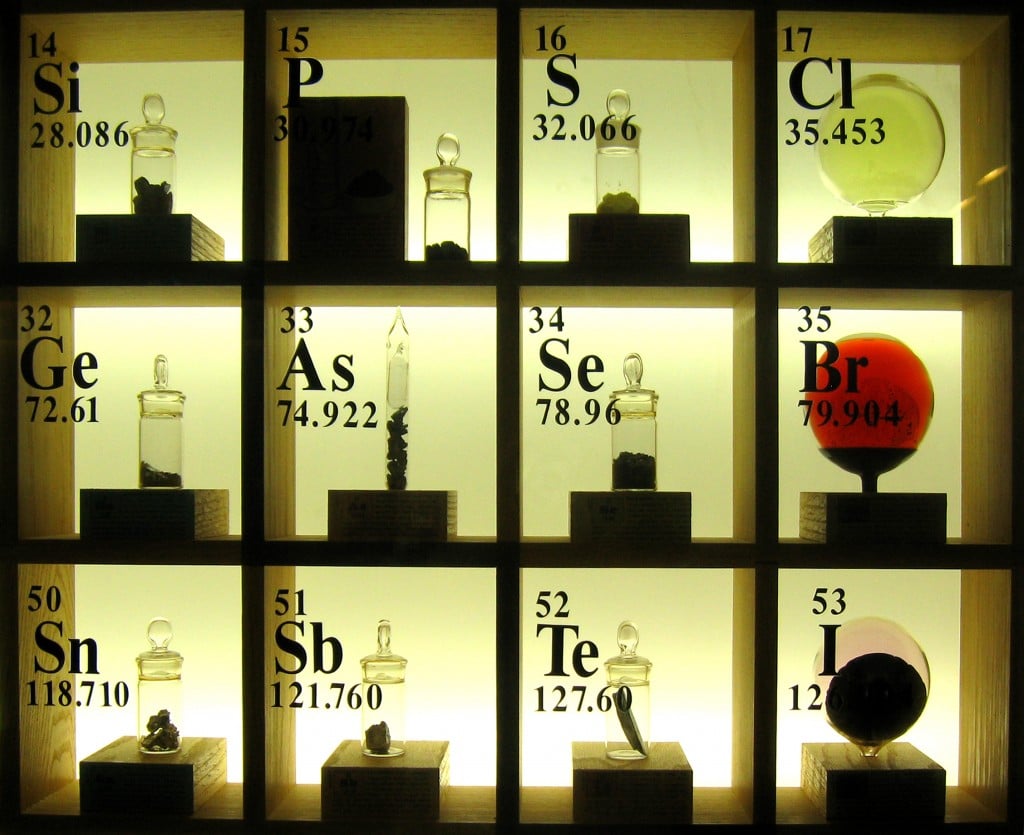 Scientists in Japan, Russia and the US are celebrating 2016 by adding four new elements to the periodic table, finally completing its seventh row – and rendering science textbooks and the periodic table song out of date instantly.

Currently bearing placeholder names, the super-heavy elements will be officially named by the teams that discovered them in the coming months. Element 113, temporarily called Ununtrium (Latin for ‘one one three’), is a synthesised element that can only be made in the labs and will be the first one to be named in Asia. ‘Japonium’ is still on the cards.

Kosuke Morita, who was leading the research at the RIKEN Institute in Japan has said in a statement that his team now plan to “look to the unchartered territory of element 119 and beyond.”

Ryoji Noyori, former RIKEN president and Nobel laureate in chemistry told the Guardian: “To scientists, this is of greater value than an Olympic gold medal”.

But these scientists have come a long way from gold… aka ‘element 79’.

Video: Morita welcomes the addition of the elements

Read more about the discovery of the four super-heavy chemical elements elements in the Guardian.