Atlas of the Future
Daily adventures in a better tomorrow
Discover projects by:
Map
All projects
Search:
05.02.2018 — by Lisa Goldapple 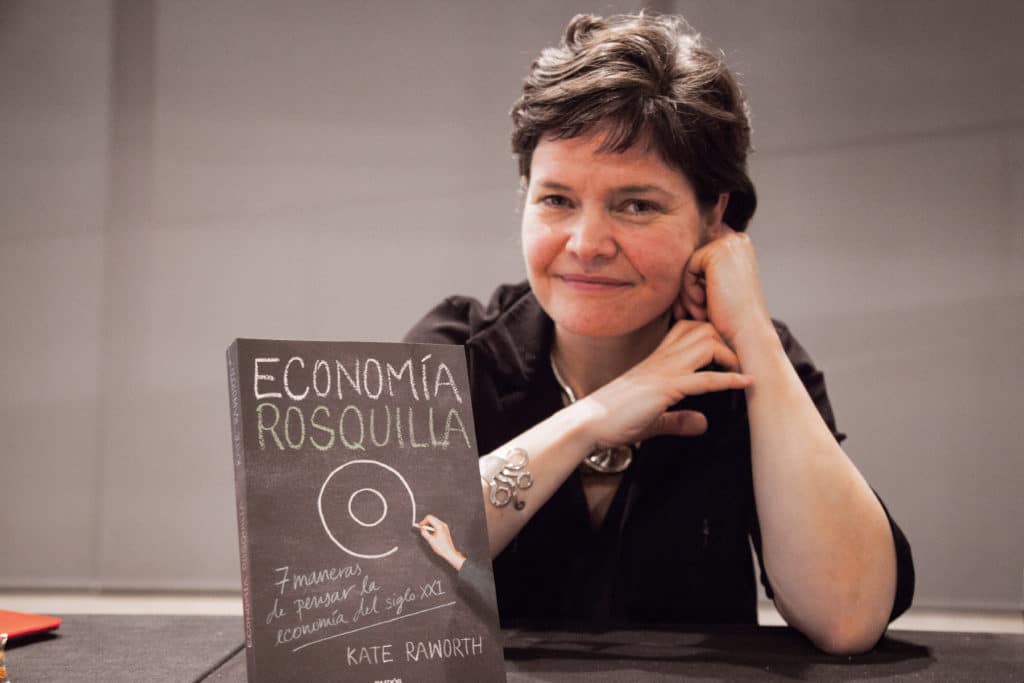 "We can all thrive on this planet"

In today’s world we are addicted to growth. That’s why renegade economist Kate Raworth wants to radically reframe the way we look at economics: “The goal of the 21st century economy should be to meet the needs of all within the means of the planet.”

It’s an exciting challenge to ensure that no one falls short on life’s essentials – like food, housing, healthcare and a political voice. It means redesigning business models, recognising we can pre-distribute the sources of wealth creation, having open source software, using creative commons licensing, having business models that are employee-owned or cooperatively-owned and redistributing through the design of the enterprise.

Kate has worked with micro-entrepreneurs in the villages of Zanzibar and spent a decade as Senior Researcher at Oxfam. With her internationally-acclaimed book ‘Doughnut Economics: Seven Ways to Think Like a 21st-Century Economist’, the author aims to change the language of economics and believes that nature – and the doughnut – are the most powerful metaphors we can learn from. 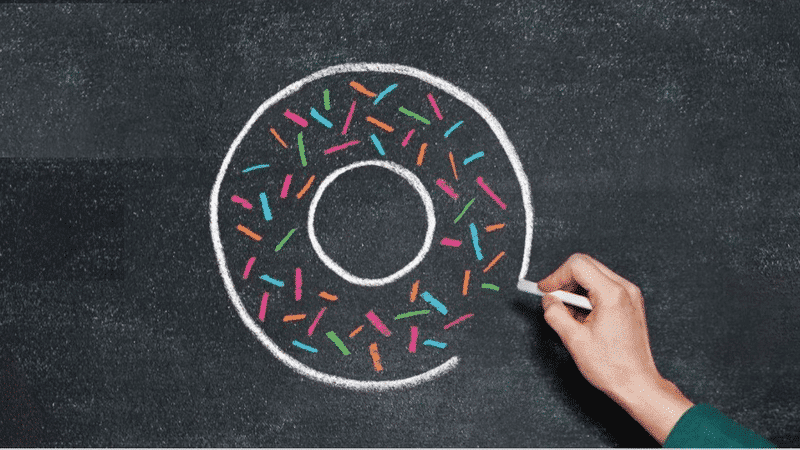 The one doughnut that can be good for you

We chatted to Kate about designing to distribute, getting savvy with systems and getting everybody out of the doughnut’s hole – and produced this video for Tomorrow’s Capitalism Inquiry. Read her FutureHero interview below…

I am passionate about the rewriting of economics for the 21st century. What drives me mad is that the policymakers who will shape this century are in university today and are being taught ideas out of the textbooks of 1950, based on theories drawn up in 1850.

Future policymakers deserve an education that is fit for the challenges ahead. Given the 21st century challenges we face ­– from climate change to extreme inequality to repeated financial crisis – their outdated education is shaping up to be a disaster.

Our challenge is to escape last century’s ideas. Our economies are financially, politically and socially addicted to growth and if we can’t free ourselves from that addiction, we don’t stand a chance of meeting the needs of all within the means of the planet. That balancing act is the most exciting adventure ahead.

We need to create a new model that’s irresistible and leave the old one behind. We are witnessing an extraordinary psychological drama in the transformation of enterprise. It needs a new business model to unlock that thinking, that enables business to be owned, financed, governed, networked and purposed in a way that is aligned with the design potential they can already see. 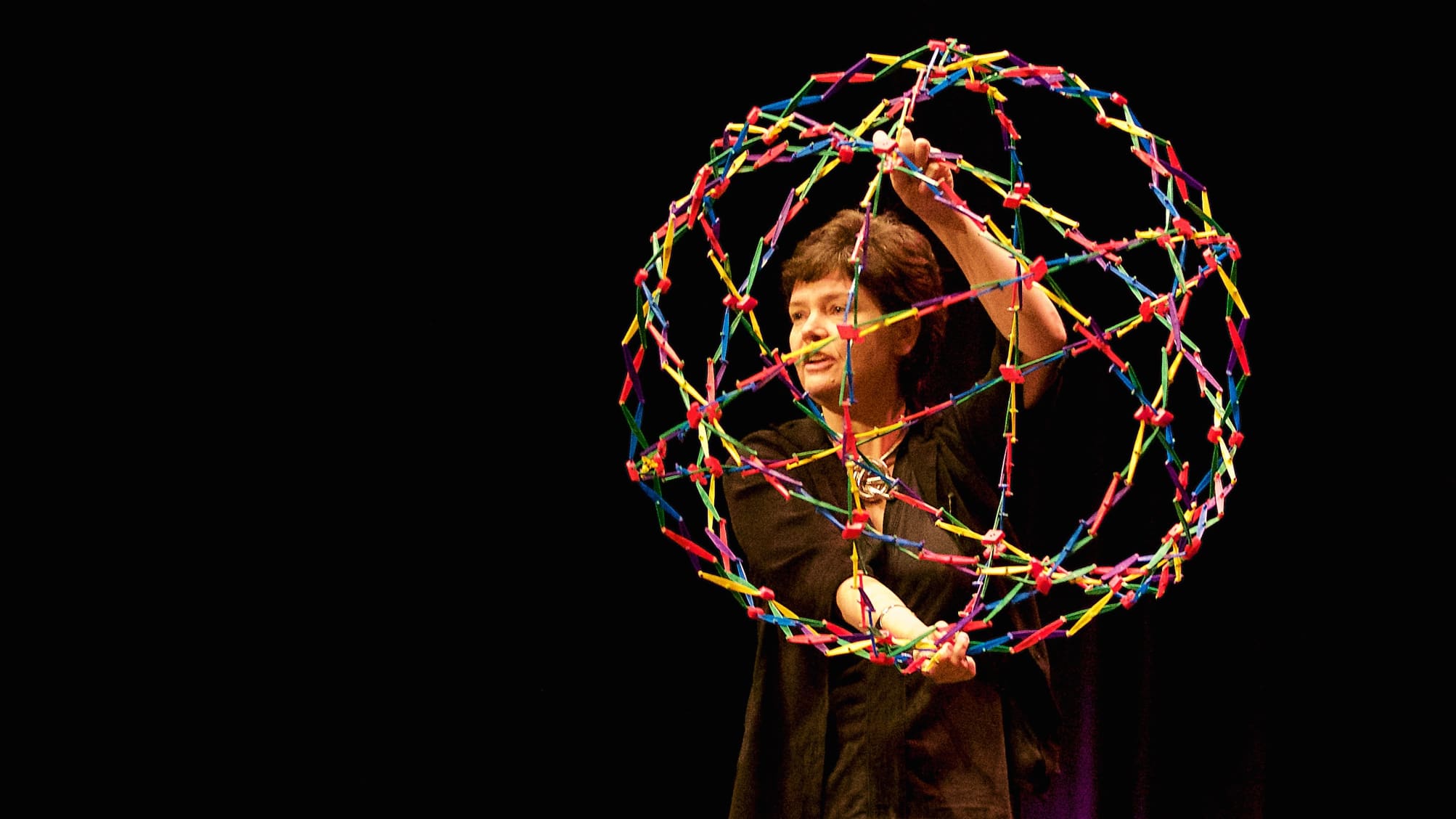 When I discovered systems thinking it totally blew my mind. I think all of today’s economists and entrepreneurs should learn to think in systems.

Put purpose at the heart of enterprise. Whether a CEO, small startup or a team of co-operative owners, see the opportunity and start to drive a completely different business model… but always start it with purpose.

In ‘Doughnut Economics’ the hole in the middle of the doughnut is… the place where people are falling short on life’s essentials: where people don’t have the food, health, education, schooling, housing that they need. Every person in the world has a claim to those essentials to lead a life of dignity and opportunity.

We want to get everybody out of the doughnut’s hole. People need to be in the doughnut itself. But we can’t overshoot the outer crust either because that’s when we put so much pressure on this extraordinary living planet that we cause climate change, acidify the oceans, create a hole in the ozone layer and destroy biodiversity. 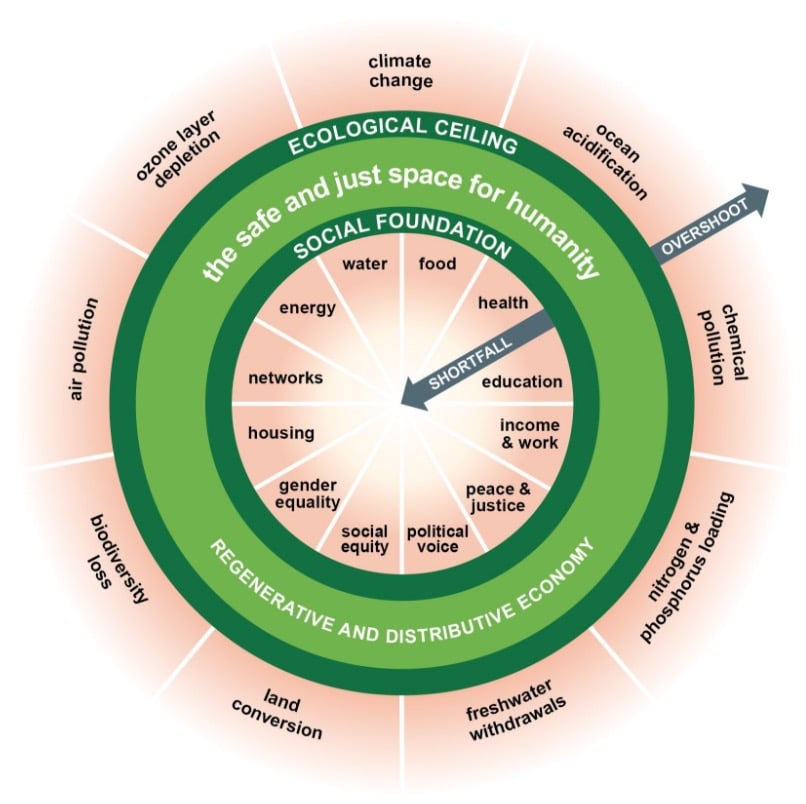 The Doughnut of social and planetary boundaries

‘How much financial value can I extract from this?’ This question drives a centralised financial mindset. But the people I meet with light in their eyes are asking a very different question in everything they do: ‘How many benefits can we generate from the way we design this?’

There’s no country living in the doughnut. When I show people a picture of the doughnut, the first question so many people ask me is: ‘So in which country is this happening? Nowhere, and yet it is bubbling up everywhere in projects, communities, enterprises that are precisely living and working by these principles.

The seeds of it are everywhere. I could show you endless examples of companies that are regenerative by design, sharing intellectual property, employee-owned or community-owned. When I discover projects like these, it gives me such energy because the new economy already exists. It’s time to join it up.

I love Fresh Life Toilets for its grassroots basis. In the slums of Kenya, where there have been no toilets for so many people, a few MBAs went in and helped set up a system where micro-entrepreneurs run clean toilets that have toilet paper, clean water and soap for the first time. And they turn the waste into fertiliser: close that loop!

Open Source Vehicle (now renamed Open Motors) is an example of 21st century distributed design. The company’s purpose is to democratise mobility. The car comes in a flatpack as if you bought it from Ikea and can be assembled in less than an hour (if you know what you’re doing!) The beauty of it is that the car’s hardware is open-source, on the Internet for everybody to see. It’s a hundred percent renewable energy so runs on sunlight and is modular, so only the broken bits need to be replaced.

Houdini Sportswear is trying to create closed material loops. Based in Sweden, with a passion for creating fantastic sportswear, they are making it in a circular economy that respects the living earth. The only fibres they use are tencel and wool: organic fibres that can be used again and again, and recycled polyester and recycled nylon. They’ll take back any clothing you’ve used, repair it for you and recycle that fibre. They are at the forefront of being circular by design. 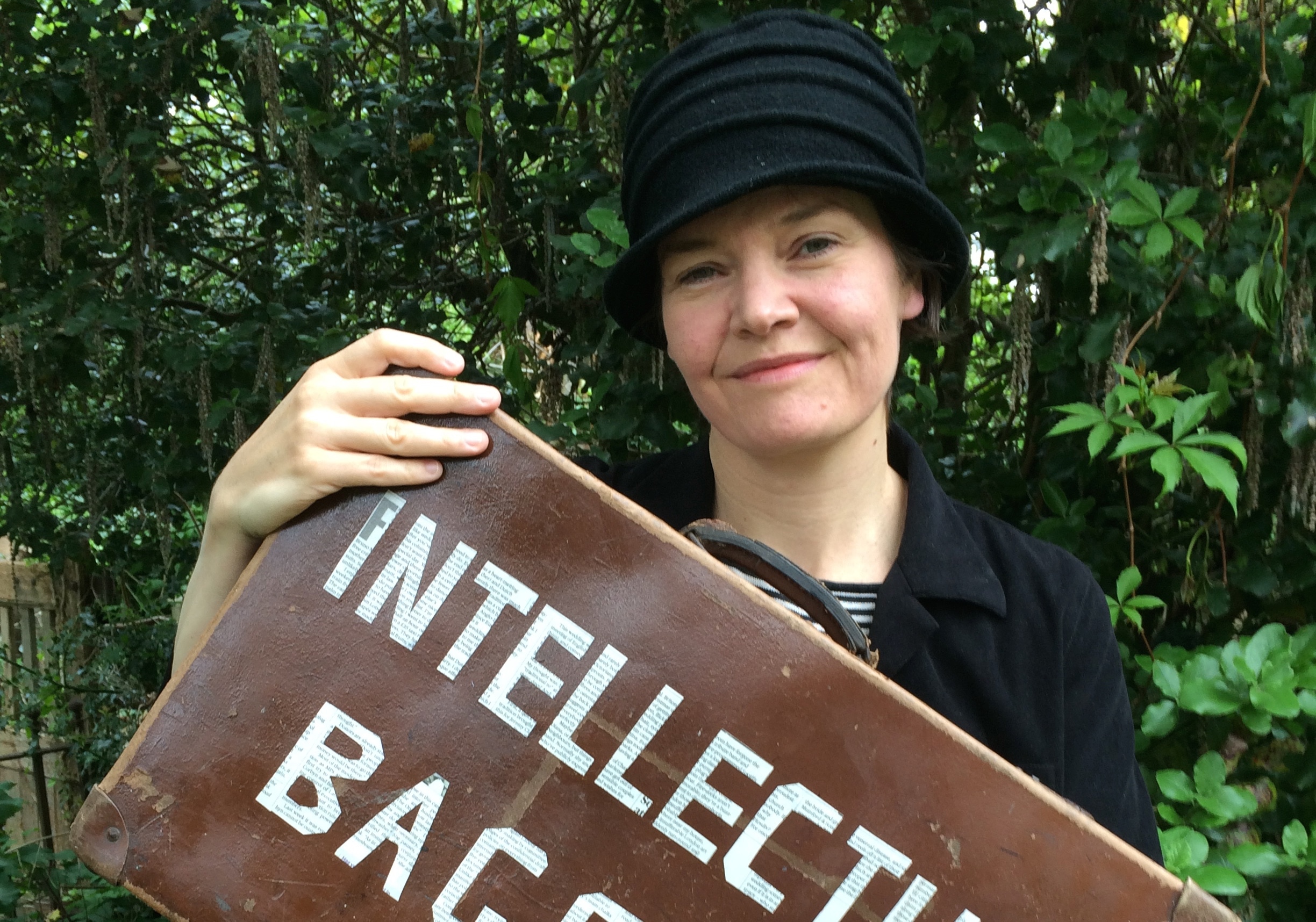 The DNA of an enterprise comes down to five things. Marjorie Kelly’s criteria are purpose, governance, networks, ownership and finance. If we don’t realign them all towards that 21st century vision there will always be a schizophrenic pull at the heart of an enterprise.

There’s a reason nature has thrived for 3.8 billion years. It’s an ecosystem of resource-use that is reused and shared continually. If we take that amazing metaphor from nature and bring it into the design of business and the economy, that creates an ecosystem in which everybody can thrive.

We can all thrive on this planet. The prize for achieving the sustainable development goals is far bigger than any accounting bottom line: it means that we have a future for ourselves, our children and grandchildren all over the world. We thrive as part of an extraordinary, living, holistic system. Enterprises that are participants and members of that will thrive along with us.

Atlas of the Future is a wonderful resource. You can click on projects around the world and see the local innovations that have been made around these general principles of redesign. It would be terrible if the world’s future was all concentrated in one country – it’s so much smarter and better that all over the world people already have this 21st century mindset and are putting it into practice.

Watch ► Kate appeared at Atlas of the Future’s Barcelona conference: ‘Fixing the future: adventures in a better tomorrow’. Check out the video here.

“Put purpose at the heart of everything you do”