Atlas of the Future
Daily adventures in a better tomorrow
Discover projects by:
Map
All projects
Blog
Search:
09.10.2017 — by Lisa Goldapple 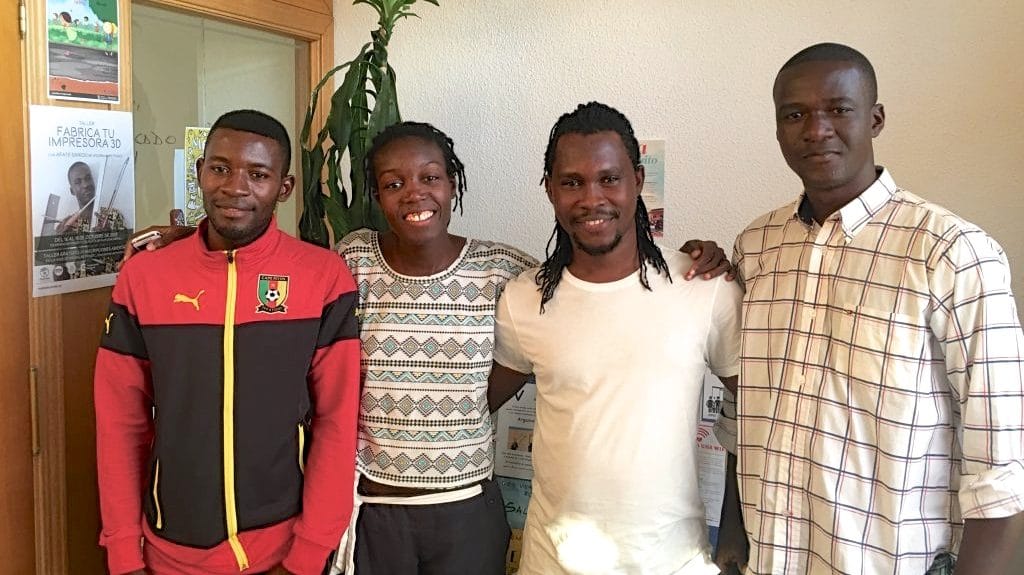 Ismaël, Mané, Aderemi and Afate at Grigri Pixel in Madrid

“Do you believe in magic?” These innovators do.

In West Africa, a ‘grigri’ is a mystical amulet that protects. In Spain, ‘Grigri Pixel‘ is an international workshop that we were lucky enough to attend.

Canoes made from plastic bottles, the world’s first e-waste printer, a fruitful laboratory, and art for all; four creators were brought together in Madrid to combine tips about their collaborative practices in Cameroon, Senegal, Nigeria and Togo, to explore similarities and get creating.

Launched in 2016, Grigri Pixel is a program of residences and production think tanks devoted to the creation of objects in urban spaces. By connecting projects from Africa and Europe, the initiative aims to create networks and poses questions about how we live together in common spaces. We joined the second edition, in collaboration with Madrid’s Medialab-Prado. 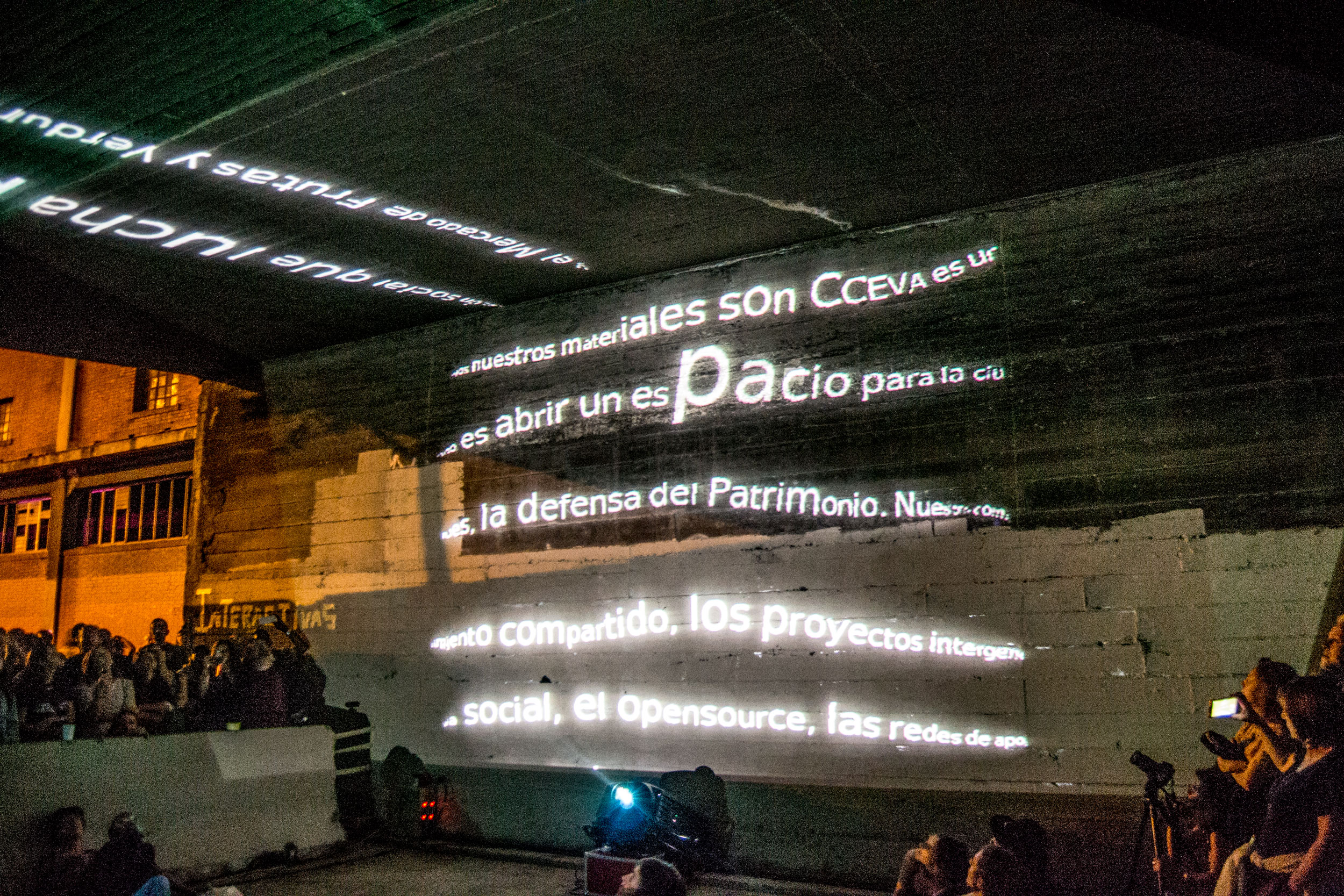 We got to meet the makers – and hang out with Afate, the inventor behind one of the very first projects mapped on the Atlas. 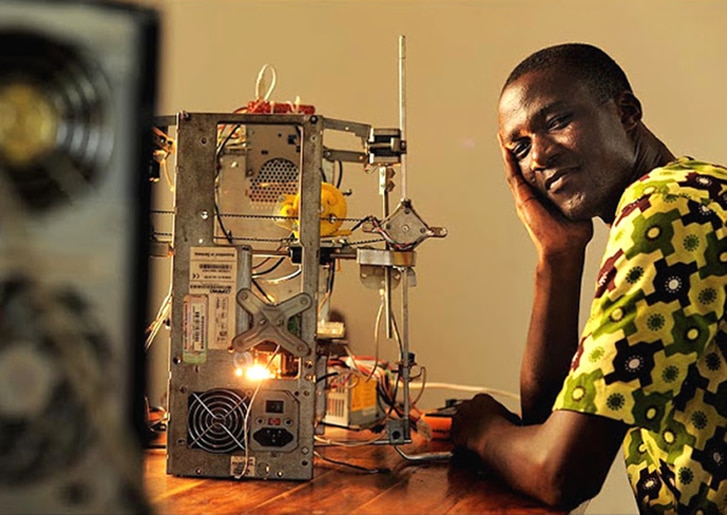 You might have heard of Togolese inventor Afate Gnikou, who turns e-waste found scavenging scrapyards into economic assets. In 2014 he won ‘Best Innovation’ at the Global Fab Lab Awards in Barcelona for his 3D printer, the ‘W.Afate‘, which was constructed from dumped scanner parts and an old diskette drive. Africa has a massive electronic waste problem as reusable components in illegal dumps mix with toxic materials, polluting poverty-stricken areas. Through his new initiative, Woora Make, Afate supports programs related to education, health and industry and is currently developing a project for the opening of a free makerspace in Togo.

Watch ► Want to make your own printer? 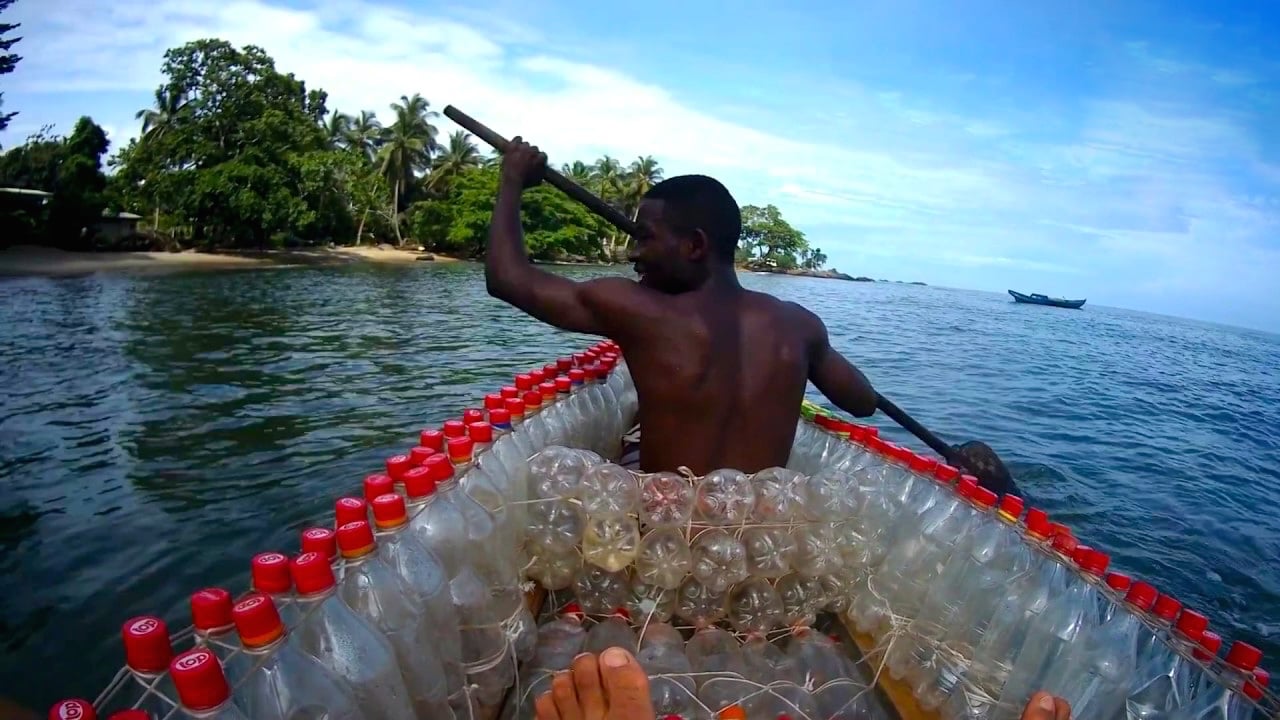 The charismatic Ismaël Essome Ebone is behind Madiba & Nature, the Cameroonian nonprofit which uses plastic waste to build ecological canoes. Fishermen laughed when he first ventured out in his ‘ecoboat’, heckling him from the shore, but he braved the strong waves without a lifejacket. And that shut them up. A wooden boat would have tipped, but not Ismaël’s raft of bottles. The young entrepreneur’s actions are based on the circular economy, with the aim of reusing and recycling all the waste that pollutes towns and cities in Cameroon. 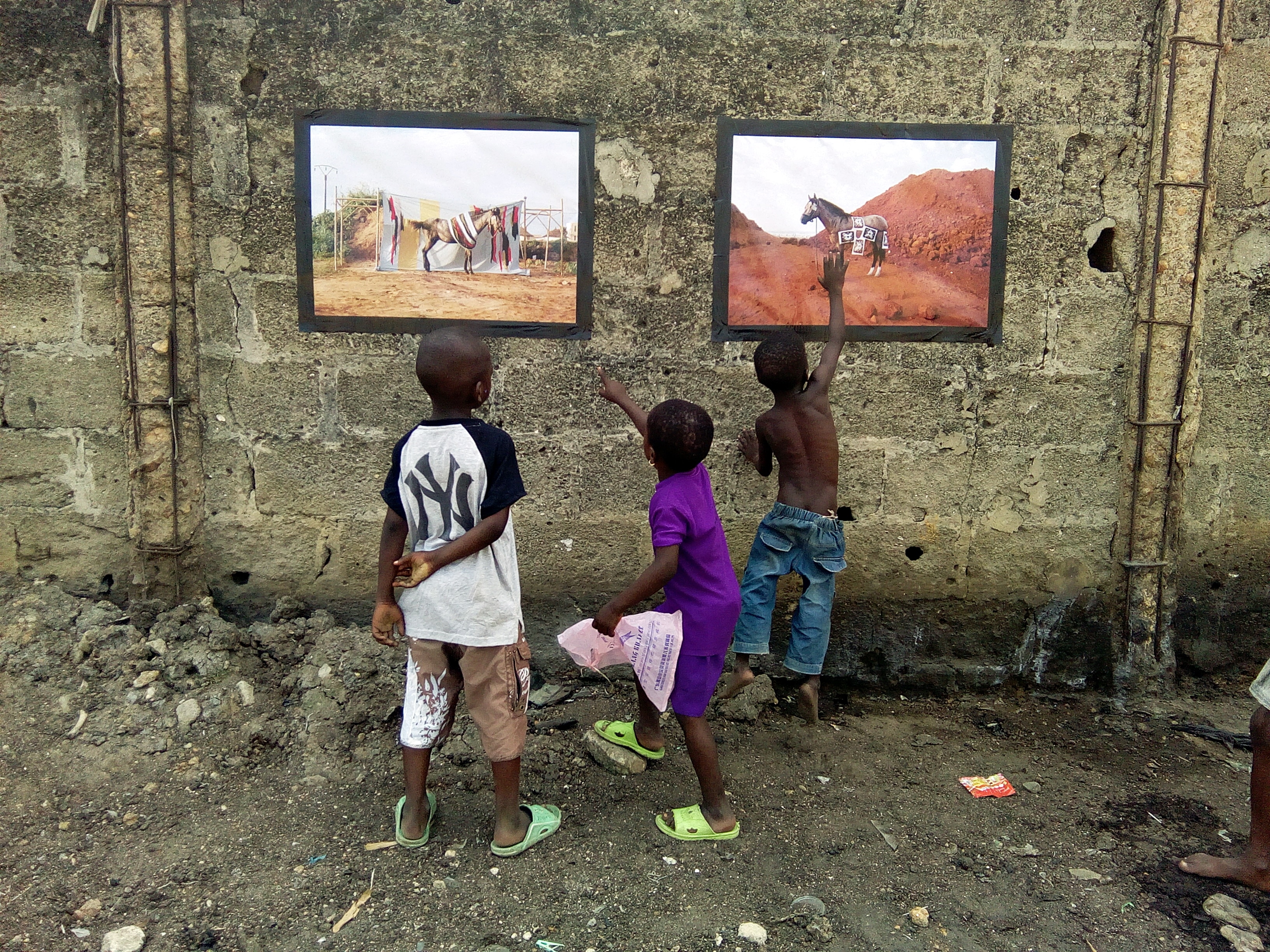 A new festival in Lagos is challenging the very notion of art in an art gallery, taking it out of “the white cube” and into alternative spaces. Iwaya Community Art Festival brings art closer to people who might not be able to afford to see standard exhibitions in galleries and museums. The annual three-day festival by Aderemi Adegbite takes place in abandoned spaces for site-specific installations and performances, making use of the streets to stage live performances, photography, video art screening, workshops, panel discussion and sports. This year he has called for artists that explore issues around displacement and migration. 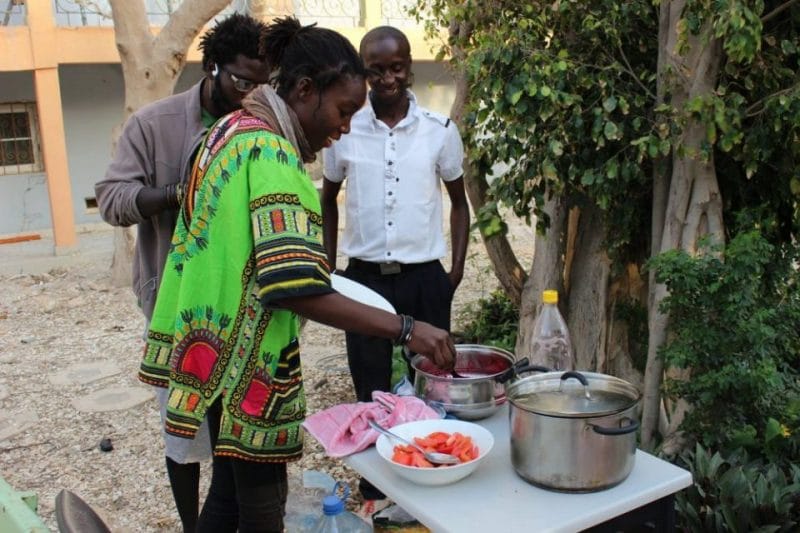 Every year in Senegal thousands of tonnes of fruit are thrown away due to the lack of initiatives for processing and storing it, but particularly because Senegalese consumers simply aren’t used to eating processed fruit. With Côté Jardin, Mané Toure Ndèye hosts workshops across her country to raise the issue about the problem of eating fruit in Senegal – connecting food, tradition and artistic practices. She seeks to recover traditional Senegalese dishes that are dying out, made from cereals such as millet (one of the world’s healthiest foods) and fonio (a West African grain that foodies would go crazy for.)

AtlasAgenda: Grigri Pixel will continue this 2-12 November in Barcelona’s Poblenou district with a professional workshop in Hangar and Taula Eix Pere IV – in English as well as in French and/or Spanish. Tuition, tools and materials are free. Apply here to attend. 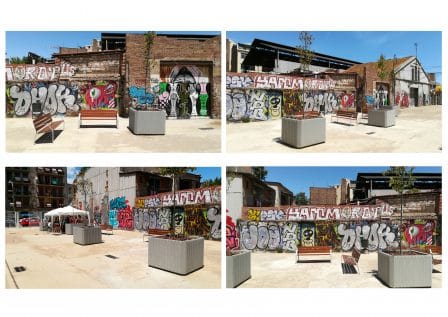