Atlas of the Future
Daily adventures in a better tomorrow
Discover projects by:
Map
All projects
Blog
Search:
13.02.2020 — by Lisa Goldapple 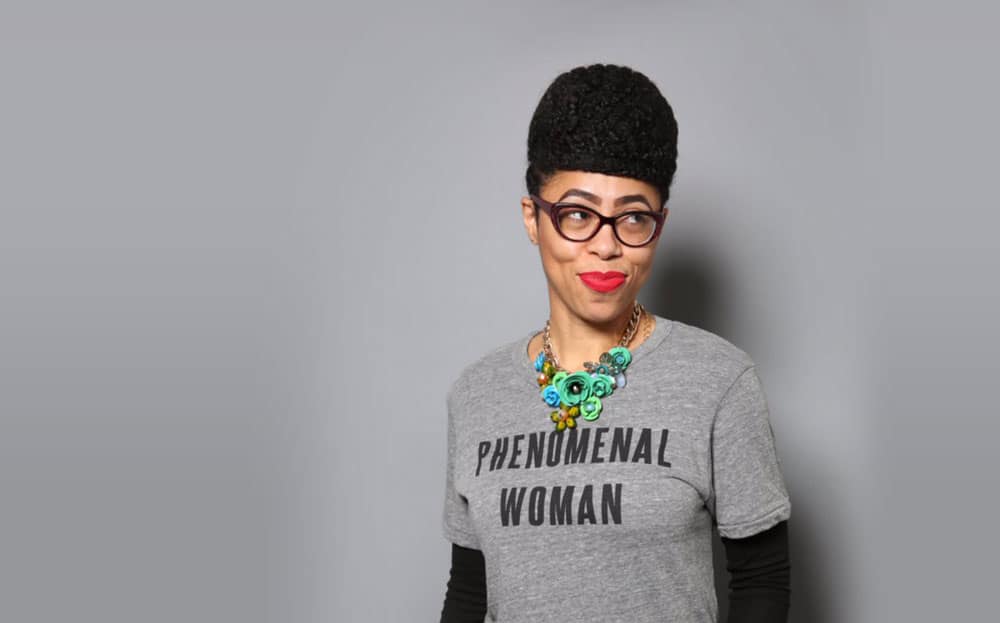 “I am a scientist. I am a strategist. And I am a black woman.”

Biomedical scientist, South Central Los Angeles teacher, Obama White House Senior Policy Advisor, creative science communicator and #BlackGirlMagic ambassador; you would never know that Dr. Knatokie Ford was once a “shy girl” who had to learn to deal with confidence issues. But she did, and made her way from Harvard University onto the White House and beyond.

In Obama’s White House, Dr. Ford worked to raise the visibility and improve the image of STEM (Science, Technology, Engineering and Mathematics), in order to help promote diversity. Today, through her consulting organisation Fly Sci Enterprise she works with the entertainment and education communities to promote social change by improving the way that the public perceives STEM – and pushing for more authentic portrayals of women and people of colour.

Ohio’s once timid, but now outgoing, lover of bright lipstick, breaks down why shows like CSI are essential, explains the Impostor Syndrome and tells all about her Obama water cooler moment and sharing the stage with Pharrell 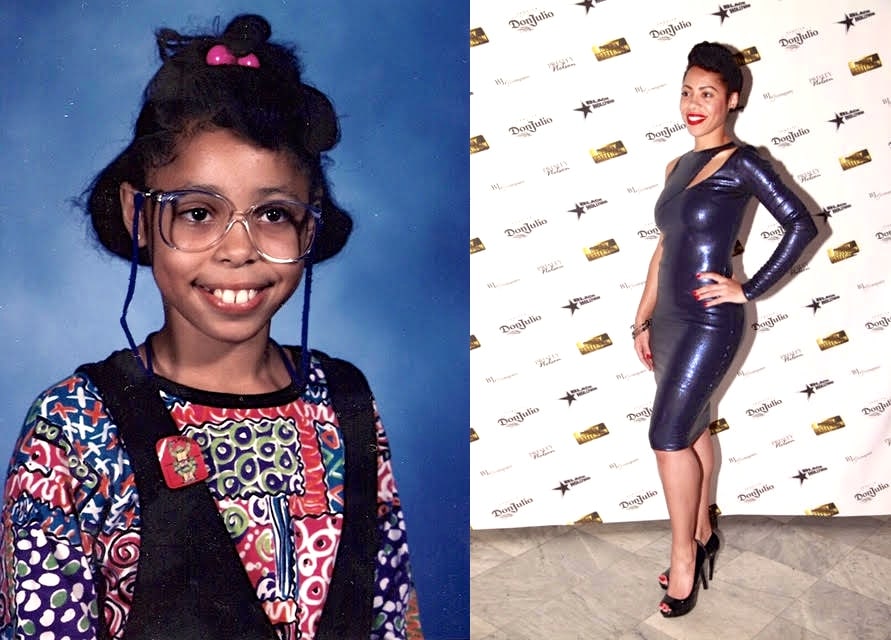 Hindsight is a glorious thing

I love to show myself as a kid and the image of a more glamorous version of me as an adult. It’s encouragement to all the awkward kids out there now! The little nerdy version of me is what people would expect a woman with a PhD in Biomedical Science to look like, but the adult version… not so much.

I am blind in one eye. I was in an accident as a small child which sparked an interest in vision and how the eyes work. That expanded into a curiosity about the body and the world. I used an unfortunate circumstance as a stepping stone rather than a stumbling block.

I am a scientist. I am a strategist. And I am a black woman. People of colour are not necessarily perceived as the best in STEM due to negative stereotypes. ‘Stereotype threat’ is when a person is afraid that their actions might conform to the stereotype of their social group.

The first time I entered the White House complex, I was extremely nervous. When you walked in there was a picture of President Obama. I was so paranoid that I was afraid to wander the halls. I was sure the Secret Service was going to arrest me. You feel the significance of the place.

‘Impostor Syndrome’ is when a person has a hard time internalising their achievements. They feel like they do not deserve to be where they are and live with a constant fear of being discovered as a fraud. When I obtained a position in the White House Office of Science and Technology Policy through a fellowship, I had a major impostor flare up and had to revisit the tactics I employed to overcome it in grad school at Harvard. 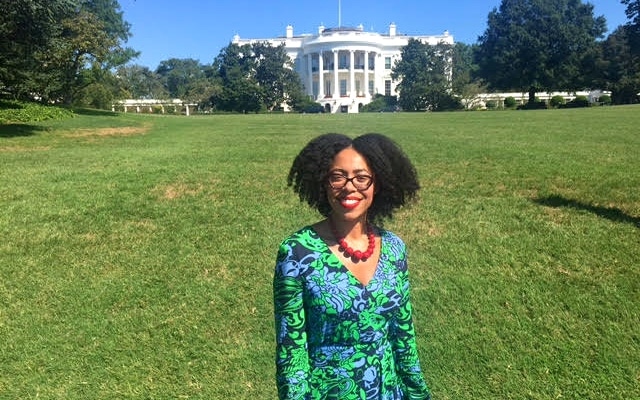 Keeping an eye out for the Secret Service

D.C. is so full of acronyms! For two years, I worked for the President’s Council of Advisors on Science and Technology (PCAST). We called it ‘President Obama’s Science Brain trust’. It’s a group of very powerful, brilliant people in various sectors who keep their very important day jobs but come to DC every other month to meet and develop reports and policy recommendations. Working with this group, there was no room for being unsure of myself. I had to deliver.

When I got my first handshake from President Obama, I thought I was going to faint. I had a tip that he was on our floor and that I should go to the bathroom. You could always tell when he was around as you’d see extra Secret Service hanging out. I was standing by the water fountain and the doors at the end of the hallway burst open. I stayed close to the wall and thought, “No false moves! Maybe he will give me a nod as he goes by?” But he made a beeline towards me with his hand out. I lit up like a Christmas tree.

I don’t get starstruck easily, but my interaction with President Obama seemed to happen in slow motion. He asked my name. I was like, “Kna-to-kie!” and he was like, “Where do you work?” When I said PCAST, he replied, “I love PCAST” and I was like, “Oh they love you too!” And then he was gone. It is testament of who he was as a President and says a lot about his character that he spoke to me. Since then, I had a few other handshakes. I’m convinced that he remembered me because of my hairstyle. 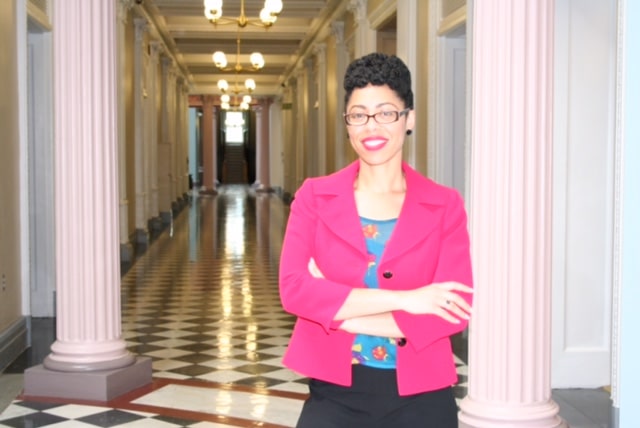 Adding brights to the white

Some people opt out of STEM early on because they are afraid of math. But it’s part of everyday life and increasingly important for jobs in the future.

There are a lot of cool things you can do with math… like data science. It’s not just being holed up in a room with a chalkboard. Netflix also has really cool data scientists who help design algorithms to understand viewer behaviour.

Teaching in South Central Los Angeles was one of the hardest jobs I ever had. I was a substitute teacher and I would do this whole presentation about coming from Ohio, from an environment similar to where they were… yet obtained a college degree and was on break from grad school at Harvard! It’s important for young people to see role models. 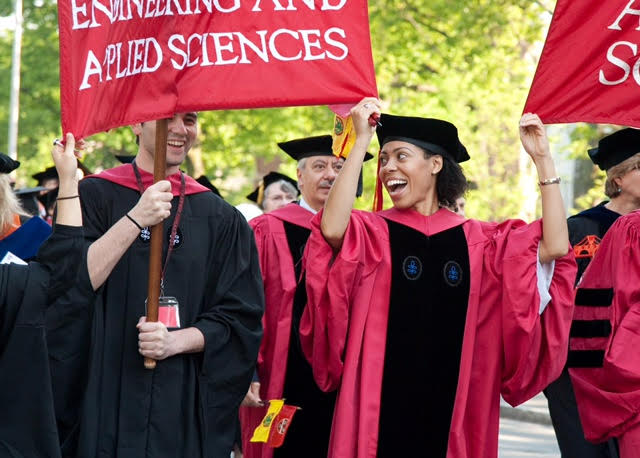 We all have a role to play

If you want to be inclusive, you can. I walk into a room and I can’t hide the fact that I’m female and black. I attended an event where I was the only black person out of 200. I was standing at cocktail hour and a white man asked if he could touch my hair. I smiled and said no, and he said, “are you serious?” I don’t think it’s malicious or intentionally trying to be offensive, but it’s exhausting for me.

I would love to be in a place where we have more white men speak up about the importance of diversity. It’s frustrating to take part in a forum about solving our world’s problems and it’s 80% white men in the room. 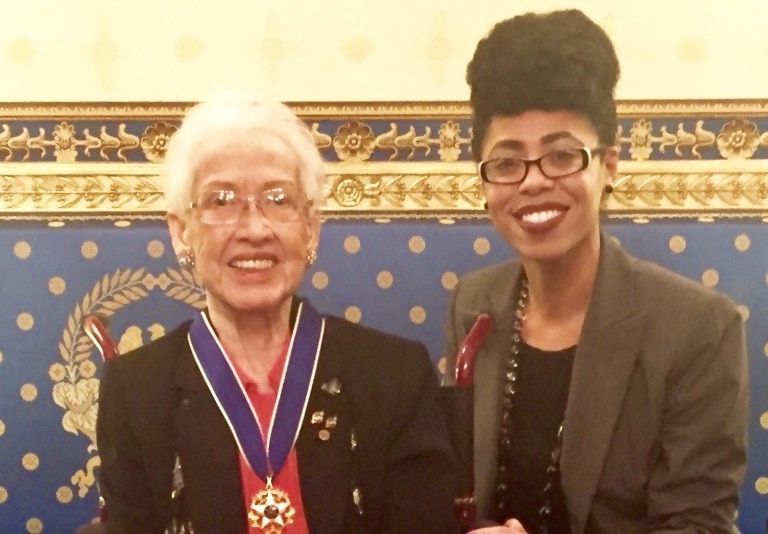 The first time I heard Katherine Johnson speak I cried. The inspiration behind the film Hidden Figures just turned 99, and is also a black woman, who worked at NASA. She received her Medal of Freedom from Obama in 2015, the highest civilian honour a person can receive.

The President was a busy guy. My last official White House event was the screening for Hidden Figures. On the day of the event, we got this note that said the President would like to stop by and say hi to the cast. This never happens EVER. It was the hardest secret to keep. The cast kept asking me if they would get to meet the President and I was like “no sorry!” There is a great picture of Oscar-winner Octavia Spencer’s response to the surprise when the President and First Lady, Michelle, came in together, like this glorious vision. It was magical.

Ten years prior, I was afraid to speak up in a small room. And yet I found myself at an event with 10,000 girls interviewing Janelle Monáe,  Octavia Spencer, Aldis Hodge and Pharrell before all these people and I did not feel any fear.


I really just want to help kids. At that event one little girl came up and said, “I always wanted to be a pediatrician, and after today I know that I can!” This is why I do what I do. 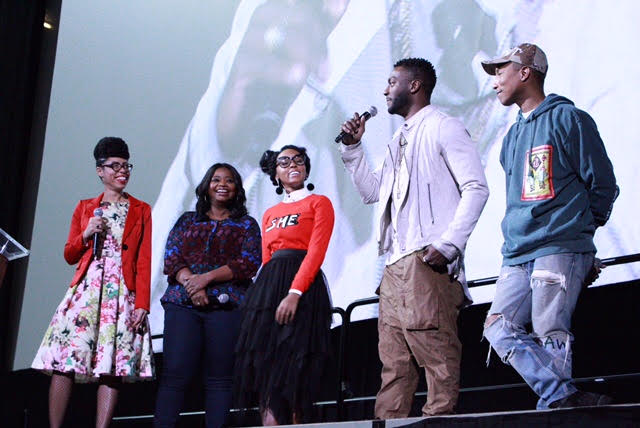 That’s a lot of role models on one stage

Shows like CSI: Crime Scene Investigation portray forensics science in a cool, sexy, compelling way. The 2000s saw an increase in the number of students that were enrolling in it and it’s probably one of a few STEM fields that is more female than male. We call it the ‘CSI Effect’ – the way that the field was portrayed in media shaped the way the public perceived it in a positive way.

You can bring art and science together as a tool to educate and to entertain. When I was in grad school, I wrote and rapped in a video called ‘Can’t Treat This’ – a spoof of MC Hammer’s ‘ Can’t Touch This’ – which was about age-related macular degeneration, the focus of our research.

We are having a huge wake up call right now. None of us have the luxury of being complacent because we are under a very dark cloud, but there is a silver lining. Today there is a greater sense of people wanting to be activists. You don’t have to be a part of a big organisation. You as an individual have the ability to do something. I have so much faith in the younger generation, who are so much more open-minded. 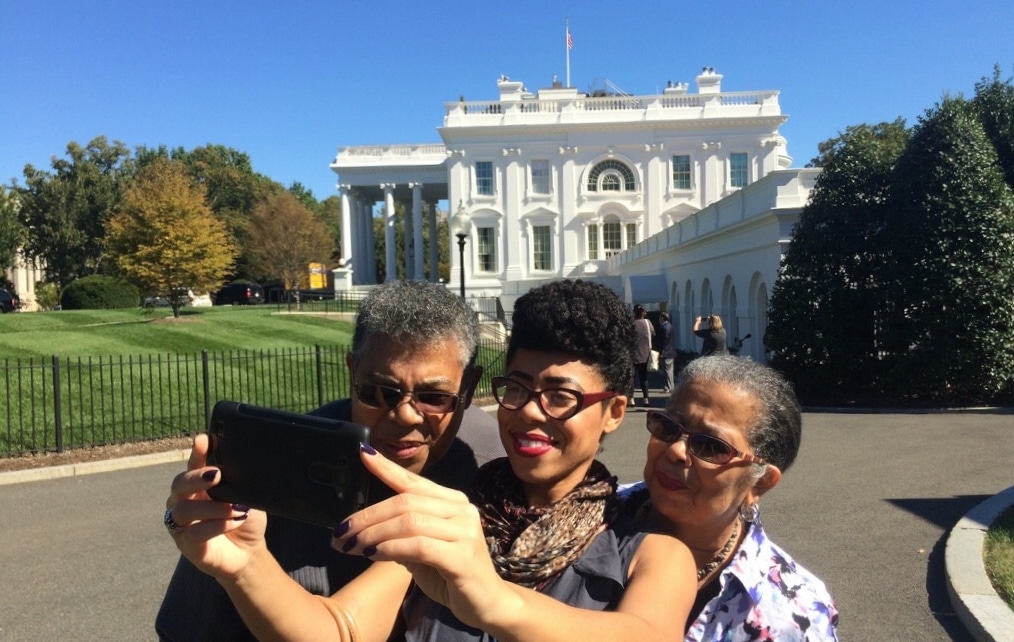 My parents are amazing. My mom is Superwoman. She worked a full time job, but still made me and my three other siblings home cooked meals and came to all my basketball games and plays. My dad never treated me any differently because I was a girl. He taught me how to play basketball and took me fishing with my brother. 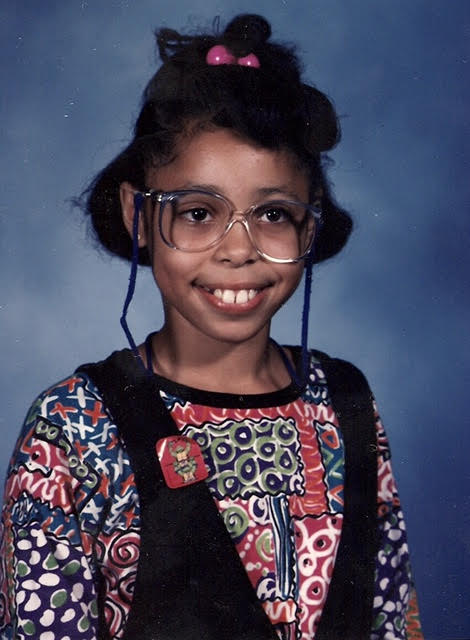 Who did I want to be when I was a kid? I looked up to my sister Angela. She is 13 years older than I am and was the first person I knew who went to college.


If I had a FuturePower… I would love to have the ability to help people see their highest potential  and the most exceptional version of themselves, that is not dependent on their race or gender or sexual preference, or any other ‘label’ that we have.