Atlas of the Future
Daily adventures in a better tomorrow
Discover projects by:
Map
All projects
Blog
Search:
07.10.2016 — by Lisa Goldapple 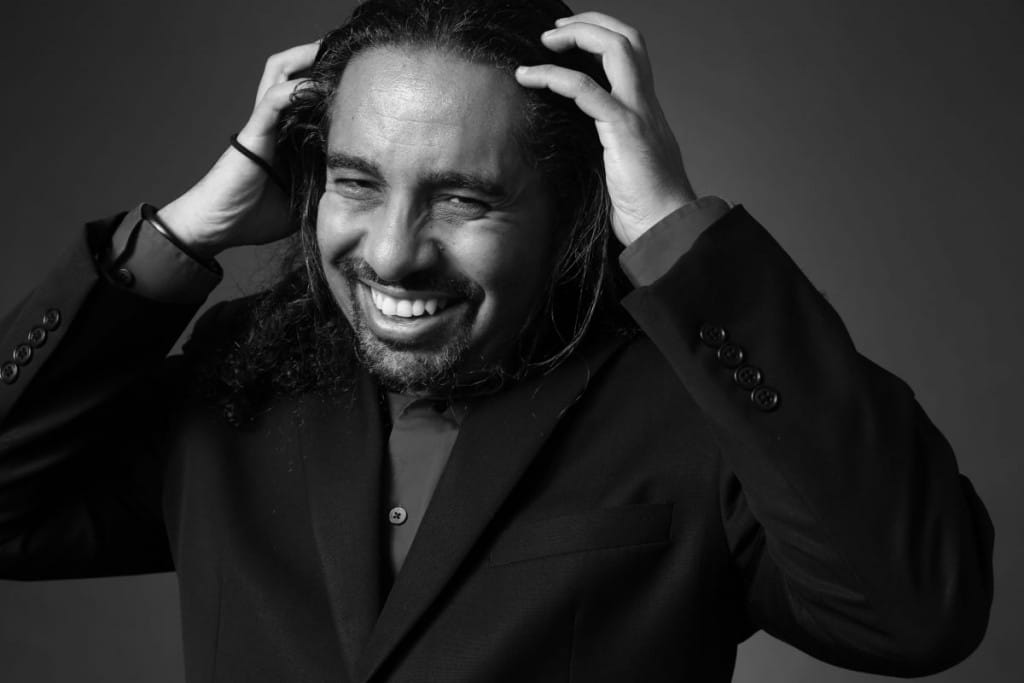 Nanobots get into your skull in Naam's novel 'Nexus'

The Cairo-born futurist, technologist and award-winning science fiction author on Elon Musk, how his best ideas come on hikes and why we’re all transhuman. 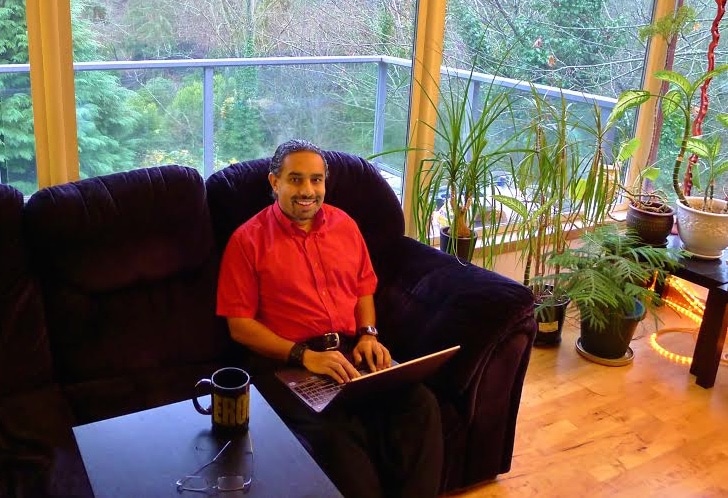 The writer surrounded by nature in his Seattle home

When I was 10-years-old, I realised you could do anything with computers. My school got a Commodore Vic 20 and I got to play with it. Then I realised that computers were an infinite tense. And that’s what got me here.

The VIC-20 could only display 22 characters per line, but people loved it for games

My whole career has been about human enhancement. Microsoft hired me straight out of college as a program manager, designing and managing e-mail software Outlook and Microsoft Exchange, which allows people to communicate better, and web browsers to help people find information. All these fundamentally empower people.

What is literacy, but an augmentation? It fundamentally changes the brain to be able to read and write. We’ve been altering human biology and human capabilities and augmenting ourselves for at least 10,000 years.

My first book ‘More Than Human‘ (2005) was non-fiction. I had left Microsoft to found a startup, which didn’t work. I didn’t know what to do next and there was a President’s Council on Bioethics releasing reports saying human enhancement was a bad idea – that if we can make people smarter or more creative, or slow down the ageing process that would be somehow morally suspect. I thought, “This is baloney!” and decided to write a book about the science of human enhancement. And why, for the most part, it was a good thing for society. 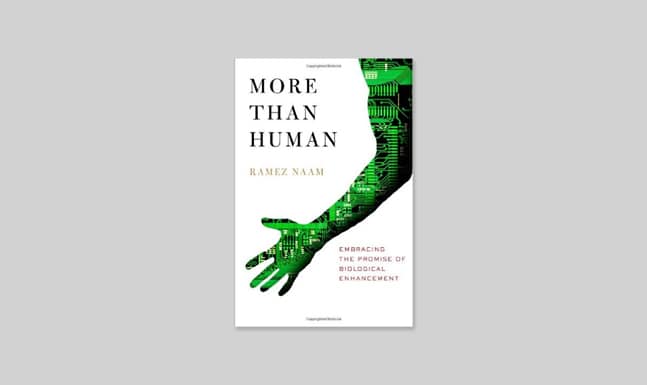 The power to redefine our species

Einstein has said that his Theory of Relativity was not about him being a great scientist. It was because he visualised what it was like, if you were moving at the speed of light and allowed yourself to actually step back from the equation and visualise that.

‘Nexus’ was my first novel. Nexus, Crux and Apex are thrillers set in 2040 – in a world where enhancement technology has become real and we are able to use biotechnology to make people stronger or faster. Nexus is an illegal brain computer interface.

Nanobots get into your skull. They attach to your neurons and connect via wi-fi to other copies of themselves. If you and I both had Nexus, and were near each other, we could communicate telepathically. The books explore if this technology should be legal and the downsides of prohibition. 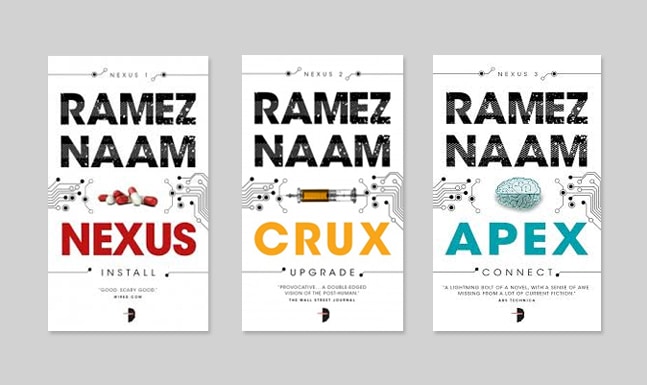 It’s all possible, in theory. The question is when? I don’t think in 2040 we will have something quite as easy as Nexus, but we have things like that are a little bit more limited coming along right now. We have people who have been paralysed from the neck down who have used brain implants to control robots arms. A paralysed woman used her brain implant to control an F35 fighter simulation. We’ve taken mice that have damaged memories and repaired that via chips in the brain.

A lot of future scientists grow up reading science fiction. Arthur C Clark was the first person to imagine communication satellites and that might have inspired science. The shape of the communicators in Star Trek inspired the Motorola flip phone. And then a lot of science fiction tries to understand science and play out what the ramifications are on the future.

‘Ex-Machina‘ is one of the best films about AI ever. There is a movie option for ‘Nexus’ and they are writing the script now. Paramount holds the option with Darren Aronofsky, Fingers crossed, I’d like Joseph Gorden-Levitt as the lead.

I was a geek and always daydreaming. I was shy and introverted, and pretty convinced I would have been diagnosed with ADHD. I was never really into nature. I am now as I live in Seattle, which is beautiful.

Now some of my best ideas come on hikes. This is when I’m not looking at my phone, when I’m just surrounded by beauty. To write books, it takes both concentration and daydreaming. The hardest thing about trying to think big is that you’re constantly distracted by e-mails, meetings, tweets, facebook posts and deadlines.

For something to be a page-turner, the reader has to be engaged. They have to care about what’s happening and there has to be tension and uncertainty and increasingly high stakes throughout the book. (Like life, yes!)

Transparency and access to data is vital. We are a collective intelligence as a species. When you share data, and don’t hoard it, people get to move forward.

The are two big scenarios for the Internet of Things. One is energy use and waste, and the other is health, the Internet of You. Your body is the things you care most about. Whether it’s an old person with Alzheimers that we can monitor, sugar monitors implanted in your body, or the Fitbit on my watch, all that getting connected will give us more of a lead in to our health.

I’m a big fan of Elon Musk. The world is best when many technologies compete and get cheaper over time. There is a plunge in the price of renewables, of solar energy and batteries. Solar power is ultimately the cheapest form of energy in the world.

The future of Artificial Intellgience, realistically, is smart dumb machines. Algorithms will be better than us at every single thing without actually being self-aware, or having volition or consciousness. Deep Blue is a great chess-playing computer that does not know that it is playing chess. Watson is an amazing Jeopardy-playing computer, but it does not know that Jeopardy exists or that it has programmers. And that’s the realistic future of AI.

As human empathy expands we will not find it tolerable to experiment on intelligent beings.  For example, if we ever see a self-aware piece of software that says it’s in pain or begs you not to turn it off.

The future gets better because people work at it. Be the change you want to see. Go out there and make the world a better place. I’m a dynamic optimist. The world doesn’t get better because you just sit back and watch.

It’s not about saving the world, it’s about grand ideas. I’m an overthinker. I have an excited imagination, which is a good thing. We should all have.

I do get technology fails. Printing is still a problem, but that’s the technology, not me… I think.”

Watch ► Ramez talks about the plunge in price of clean energy and the disruption of the multi-trillion dollar coal, oil, and gas industries that’s underway.