Atlas of the Future
Daily adventures in a better tomorrow
Discover projects by:
Map
All projects
Blog
Search:
12.12.2015 — by Lisa Goldapple 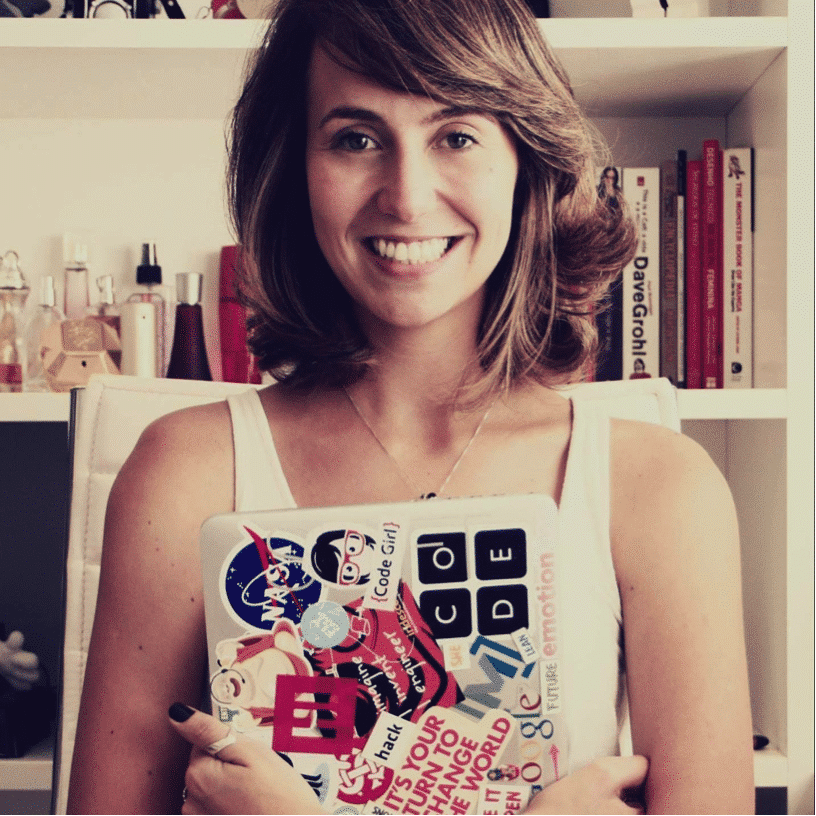 The tech evangelist behind Mulheres na Computaçao (Women in Computing) on spreading the good news about technology’s power to change the world, educating people out of poverty – and getting more women into IT… 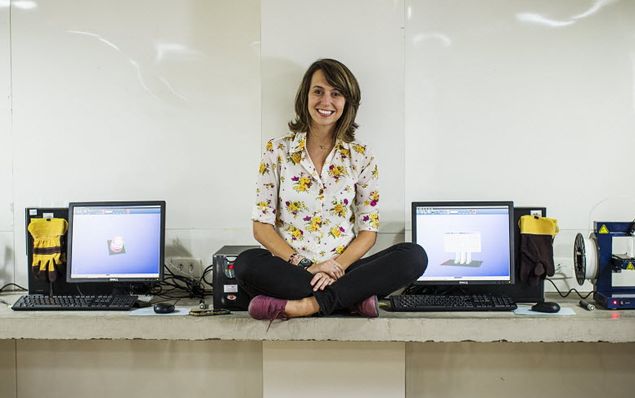 Tech is a tool to change the world

I grew up listening to my dad talking in COBOL on the phone. For me it was like a secret language that could solve problems and something I needed to learn in order to help the world – and maybe save it!

I used to think that maybe there was no space for me in that particular world. On joining the Computer Science course at University of São Paulo, I found there was just me! Then I saw a photograph of the group who had started the same course in 1971, and 70 percent of the graduates were women.

I remember coming home crying. How could things have been so different – and better – more than 40 years ago?

I started studying everything about women, work and technology and detailed my journey on a blog. This became my website Mulheres na Computaçao, which aims to build a community of girls and women interested in technology. It’s the biggest website of its kind in Portuguese and it won me the 2015 Student of Vision Award from the Anita Borg Institute. I am now a master’s student in Scientific and Technological Education.

The key inspiration for me is the messages I received from users saying that I’m helping them start, or finish, the course, and get on with their career.

Some sexist men make negative comments on the site. They say it’s impossible for a girl to be as good as a man for example, or that we get jobs “because we are beautiful”. But I always prefer to think that it’s not because they’re bad. It’s just that they really don’t see – men don’t grasp the inequalities until you shock them with the facts.

Technology should be there to serve the world and can help solve a whole range of problems by empowering people.

The world contains both men and women and it’s impossible for technology to serve women if their lives are not understood and they are left out of decisions being made by companies or government.

Software turns me on more than hardware. Software is the spirit of the computer – it’s what makes a computer become what we want it to be. 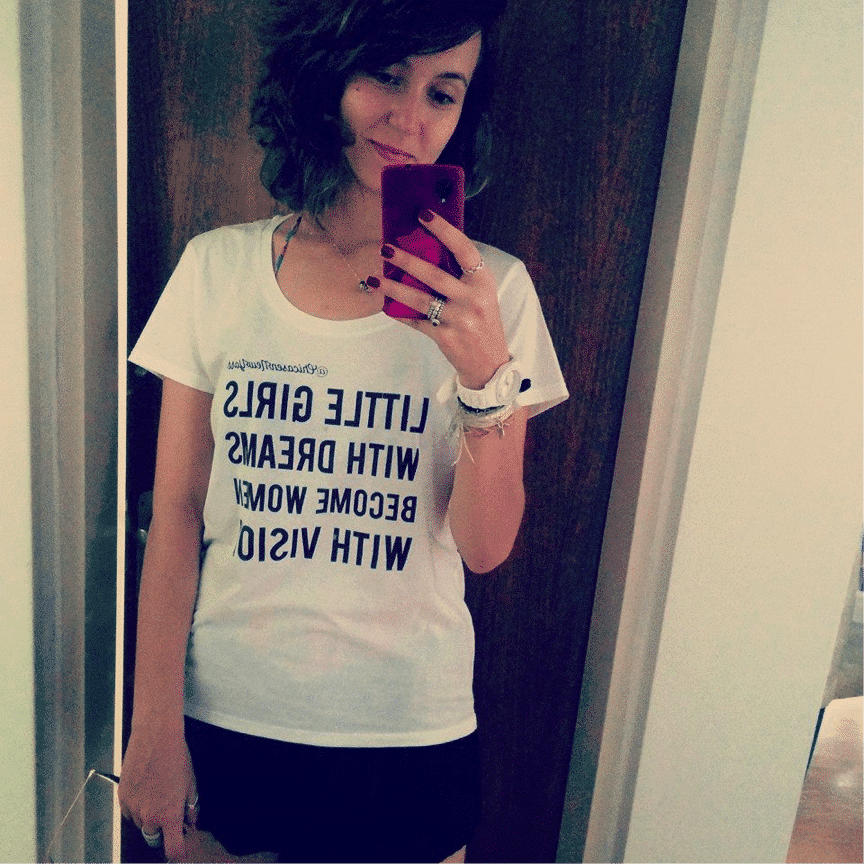 Brazil, for all the recent growth, is still poor. I believe in the power of education. If we focus first on for our education system, and work with teachers and analyse the subjects being taught and the way they are taught, I really believe that we can tackle poverty and solve other social problems.

I will only be happy when I see girls free to choose, knowing all the options.

Brazilians love to work collaboratively and we love social platforms. The US, Asia and Europe dominate the tech headlines, but Brazilians can bring diversity and a new point of view.

I think of myself as a ‘tech evangelist’. This may sound uncomfortably religious, but it was originally used thousands of years ago in ancient Greece to mean the reward given to a messenger for bringing good news – the Christian idea of “good news” came later. I see it as my calling to inspire people to learn and to discover more about technology.

I see tech as a tool to change the world. Seeing that happen is its own reward. Technology is not about protecting a group of private interests for one part of society or one area of the world. 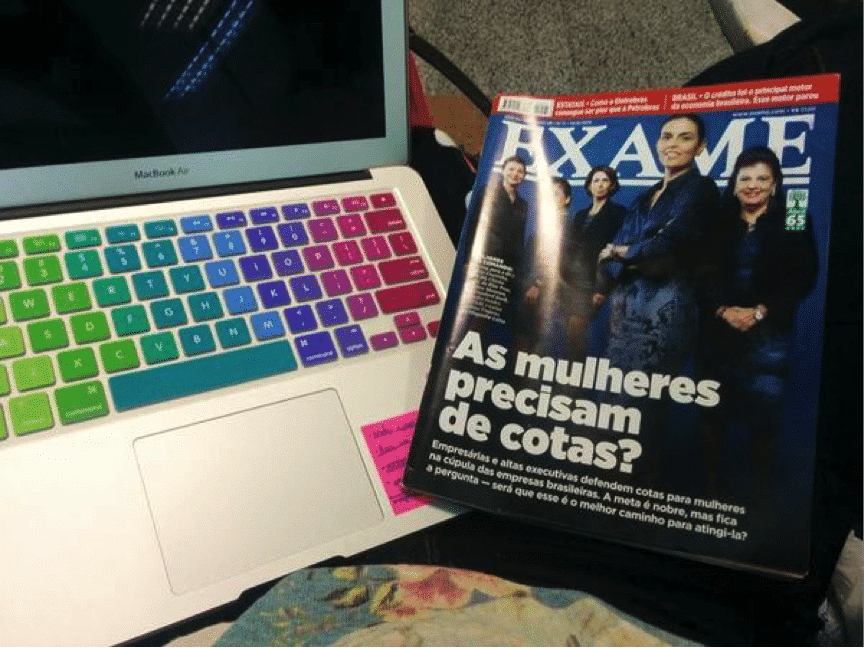 We can change the world one girl at a time. I hope to see a revolution in tech in my own lifetime – a major change which leads to women realising their potential and starting to work on the key global issues.

My immediate challenges are: to reach 20,000 likes on my Facebook page organically by the end of the year; for the site to become a truly collaborative blog, where all Portuguese speakers interact.

I am also planning a campaign right now to help more women to find their space in IT by sharing job adverts and descriptions with users.

I want to become a reference point for girls and women to find amazing opportunities in the next five years.

If I could have one FuturePower it would be teleportation. I would use it to fly (or maybe fall through the air gracefully and teleport back up), as well as use it to break in to any vault or get to any place I wanted. With this power I could be anywhere in the whole world. I think some of this is already possible – when I use tools like Skype, Hangouts or Whatsapp I can be wherever I want at any time without being there in person.”

Camila Achutti was talking to Atlas contributor Chris Moss. Read the software engineer’s AtlasChart for her top 5 tech projects – from the favelas in Brazil to the streets of Argentina.