Atlas of the Future
Daily adventures in a better tomorrow
Discover projects by:
Map
All projects
Blog
Search:
29.01.2018 — by Lisa Goldapple 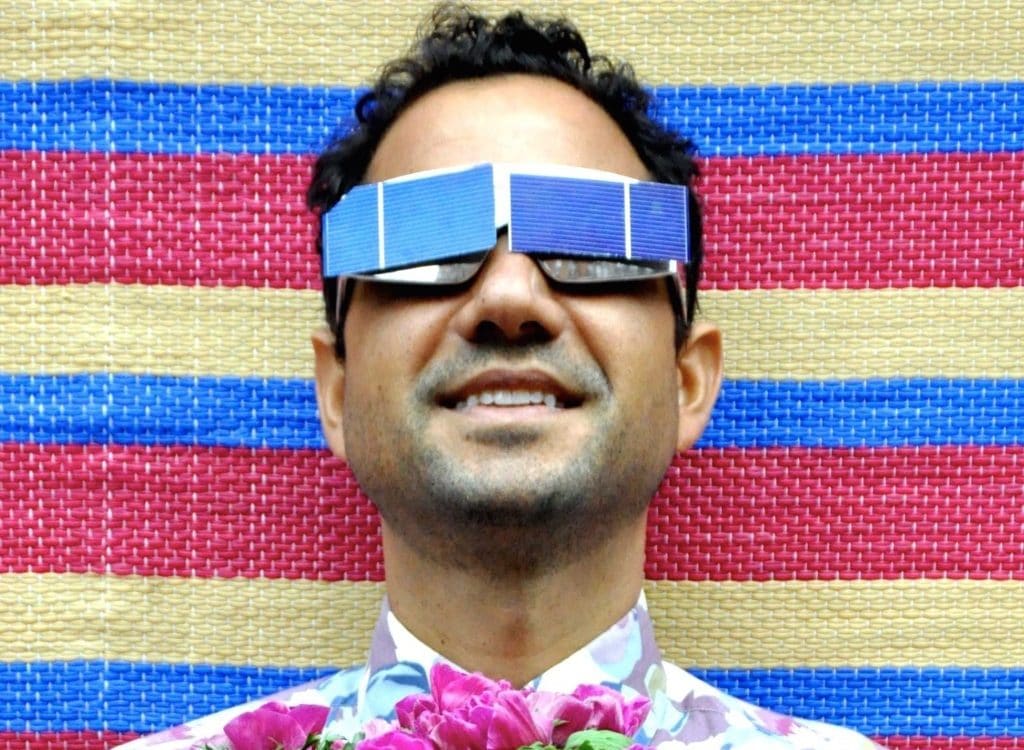 “If you want to be Che Guevara, stop walking around pointing to what’s bad”

In South London a ‘renewable dynamo’ is tackling fuel poverty with renewable power – while showing the true democratic involvement of people power in the energy system. In the UK the number of small-scale energy systems has jumped from a few thousand to over half a million – in part down to the Uruguayan-born, New York-raised community entrepreneur and artist Agamemnon Otero MBE.

Started in 2011 by a group of volunteers in South London, his nonprofit energy cooperative Repowering London sees that communities, rather than individuals, engage with energy – to reduce CO2 emissions by generating decentralised low-carbon. Working in partnership with local authorities and community groups, it delivers local solutions to local energy problems with solar PV arrays on estates in inner-city areas like Hackney and Brixton.

Otero has an MBE for services to British nationals in Gaza and has been recognised by multiple awards including the 2016 Ashden Award for Community energy – but most importantly by the people who live on these estates.

Watch ► We chat to the CEO about building solar panels from scratch, repowering energetic communities, invigorating young people to take a space in society and a collective responsibility to make sure that everybody wins.

“If you want to be Che Guevara, stop walking around pointing to what’s bad”, he told The Ecologist. “Want to be a true revolutionary? Rip up the paving slabs, plant a garden, and cover your roof in solar panels. At Repowering our ethos is ‘be the change you want to see in the world’.”

Otero believes that people will no longer stand for the disinterest of large energy corporations in customer satisfaction. Focusing on urban areas and working directly with people who live in fuel poverty, Repowering provides energy security by installing low carbon and renewable energy technologies on social housing, private sector buildings and national assets like disused brown field areas, along reservoirs and rail.

The collaborative approach ensures that the interests of the community are at the heart of any project, and its residents are included in every step of the way to provide benefits to the citizens that live locally to them and beyond. It supports communities to deliver, own and manage their renewable energy projects – while allowing people to actively participate in the governance and financial operations of their own communities.

Otero’s holistic approach means Repowering promotes local leadership and provides opportunities for local and responsible financial investment, while creating training and employment opportunities for local people. Their key driver is a social works programme, which educates youth, adults and skilled engineers in the finance, IT, technical, legal and media/market elements of setting up and co-operatively owning a renewable energy power station.

This video was produced by Atlas of the Future for Project Breakthrough (United Nations Global Compact/ Volans). Check out our other videos here. Comment below to get an Atlas avatar.