Atlas of the Future
Daily adventures in a better tomorrow
Discover projects by:
Map
All projects
Blog
Search:
26.10.2021 — by Don Forbes

We recently caught up with entrepreneur, eco-legend and all-round excellent chap Tim Smit. In a winding conversation (incl. digressions into The Godfather, Tchaikovsky, and a pig named Horace) he walked us through his vision for the future of ecology.

In the late 1990s, Tim Smit founded the Eden Project. Centered around gigantic, geodesic domes nestled deep within the Cornish countryside, the site would become his masterpiece, boasting thousands of plant species, numerous exhibition spaces, a music festival venue and the largest indoor rainforest in the world. Once a disused and contaminated clay pit, the space has since transformed into a vibrant hub for ecology, education and community, attracting around a million visitors every year. All a product, Tim says, of “demanding the impossible.”

“In the beginning the idea was very simple. Let’s take a place of utter dereliction and create life in it. Let’s demonstrate how clever homo sapiens are, and that wherever we might be, life can be created.”

Speaking with Tim via Zoom, I notice the domes of Eden immediately, gleaming against a sunset in his green-screened background. The effect gives his hair an erratic, fuzzy quality. A technological mishap that makes him look (in his own words) like “the mad scientist from back to the future.” He assures me this wasn’t intentional. But for someone with as eccentric a background as Tim, it does have a certain ring to it. 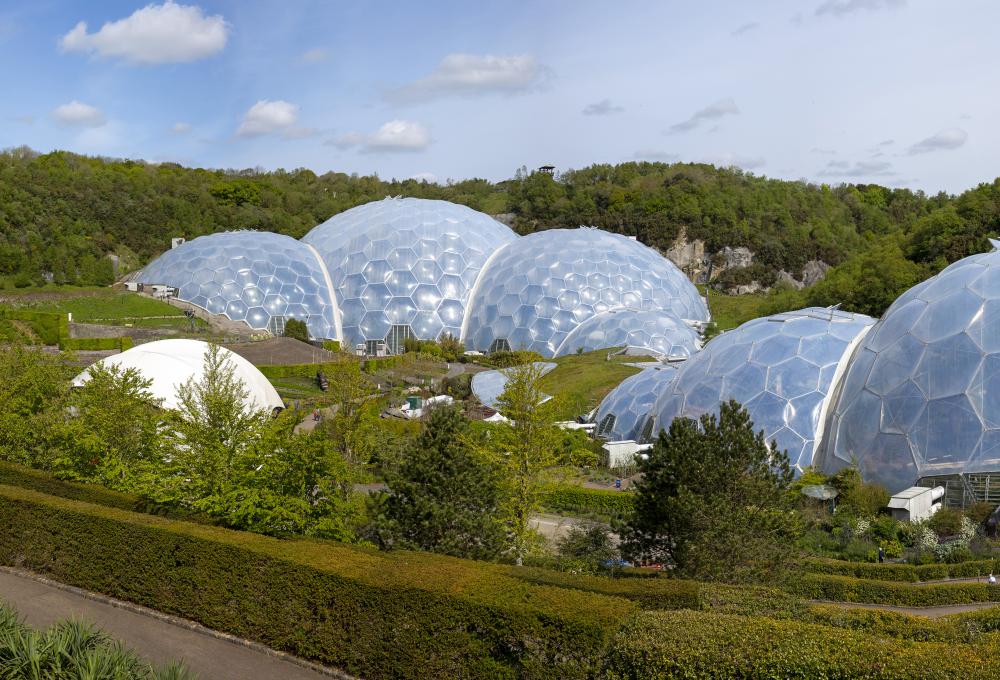 The domes of Eden.

Before the Eden Project had even been imagined, Tim had already made a name for himself in the music industry. As a producer at Abbey Road studios, he earned himself seven platinum and gold records. His musical credentials would pay dividends later in life, with the eco-friendly, locally-supplied Eden Sessions music festival hosting the likes of Amy Winehouse, Oasis and Elton John. But as a producer, Tim eventually found himself at something of a dead end.

“I remember working on a project and hearing Tchaikovsky’s Concerto in B Flat Minor for the first time. It was bloody genius! And I realised then that on the scale of being ‘okay’ to ‘bloody genius,’ I myself probably landed somewhere around ‘quite good’, which I couldn’t bear. That’s when I left the music industry and went to Cornwall, without knowing exactly what I was going to do.”

In Cornwall, Tim adopted two Vietnamese pigs named Horace and Doris. His relationship with the pot-bellied pair, consisting of countless kitchen break-ins and one-way conversations by the fire, kicked off a life-long obsession with wildlife. “Horace and Doris were the epiphany. I remember sometime around 1989, Doris was expecting piglets. I was out in the shed and the snow was coming down horizontally as she was giving birth. The scene was absolutely biblical. And to be honest it felt like a sign. This is what I’m supposed to do.”

Plans soon formed to open a rare-breeds farm, which then morphed into a project to restore the Lost Gardens of Heligan. Now the most visited gardens in the UK, this project revealed the key to Tim’s ecological vision: regeneration.

“If you were to ask me what my greatest pleasure is, it would be putting things into good heart. I love the idea of kissing a frog and turning into a princess. When we started the Eden Project we were very deliberately looking for somewhere derelict. We like difficult places. After all, to take an abandoned space and turn it into joy is an intensely hopeful thing.”

As he explains, more than 75% of the Earth’s land is substantially degraded. “On one level that’s really depressing. But on another level, knowing what we’ve done at Eden, we’re thinking: shit, if we all got our act together, imagine the impact we could have.”

By 2025, Tim aims to put a dent in this grim statistic by setting up an Eden on every habited continent. “But of course, we don’t want to become colonial exporters of ideas. We want to create a global network of Edens led by local people. It’s incredible what you can achieve by blending cultures together and listening to a diverse range of voices.” 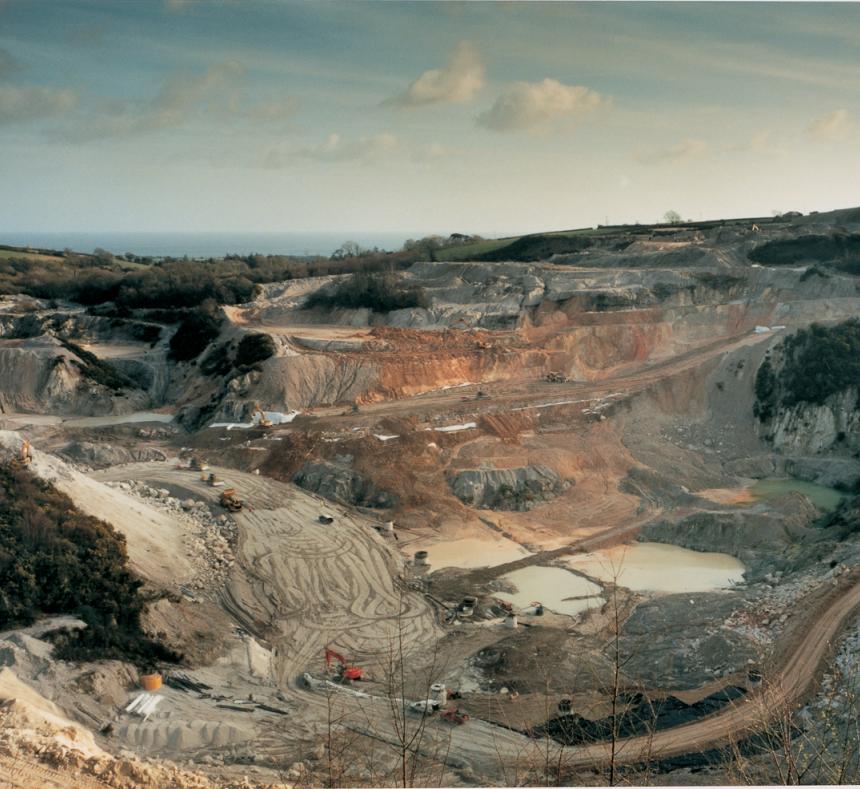 “To take an abandoned space and turn it into joy is an intensely hopeful thing.”

In Costa Rica, for example, Tim and his team partnered with the Matambú Forest Nature Reserve to rewild 10,000 acres of degraded farmland, a project first embarked upon by philanthropist Peder Kolind in 1996. “Now a flourishing rainforest, the haze of heat above the surrounding mountains has been replaced with a swirling of mists generating clouds, rainfall and rivers.”

But for Tim, regeneration means more than ecology alone. Built into the DNA of his work is a profound emphasis on people and community, with every project built on relationships that are both ethical and economical.

“If you really want to understand our business model, go watch The Godfather,” Tim says with a smile, describing the trickle-down impact of the Corleones’ rise to power. (He laughs, but it’s hardly an exaggeration. The Eden Project has pumped upwards of 1.9 billion pounds into the local Cornish economy.) “Not that we’re gangsters, of course. But that we survive by having a whole bunch of people that want us to survive. It’s a symbiotic relationship. We want to use capitalism as a weapon, to enable the growth of those around us, and to help them to do great things.”

Because above all, Tim believes in the power of people. An anthropologist by education, he talks passionately about the obstacles we need to overcome as a species, but also the great potential for humankind moving forward.

“I’ve long been interested in the fabric of civilization. We see that each starts in the same way – by sharing stories. But traditionally these stories look backwards rather than forwards. Whichever period of history you look at, people never see the future coming. Now we’re living in an interesting time because our narratives are turning to the road ahead. We see a new generation taking over that is excited about the future, a future which is still ours to make. I’d put my vote in this generation. After all, the past is no longer an option.”