During seven years working at National Geographic Kids as a book designer, she heard scientists, conservationists and photographers talking about the drastic ecological changes they were seeing. Learning how dire the environmental crisis is pushed her to question whether her own work, which relied on the long timeframes of book publishing, could make urgent enough impact.

She had also been inspired by her sister, Elizabeth Finley Broaddus, whose campaigning and fundraising while terminally ill with a rare aggressive cancer raised US$70,000 for environmental causes by the time she turned 18. She had shown how young people could act, could be heard, and could be financially powerful, and that work continues today through Finley’s Green Leap Forward Fund which has now awarded US$345,000 in grants to environmental organisations.

Whereas her sister’s primary cause was fighting climate change, Callie’s interest had always been halting biodiversity loss, and in 2018 she ended up being invited onto the Rainforest Trust Council, alongside board members including revered experts such as Thomas Lovejoy and E.O.Wilson. This position lit the spark of her interest in land conservation and fired her determination to prove her worth to the organisation: “I realised that I was the only person with experience working with youth, and it just clicked that I didn’t know of any entirely youth funded nature reserves. People have always been afraid to ask kids for money or to ask them to really participate.” 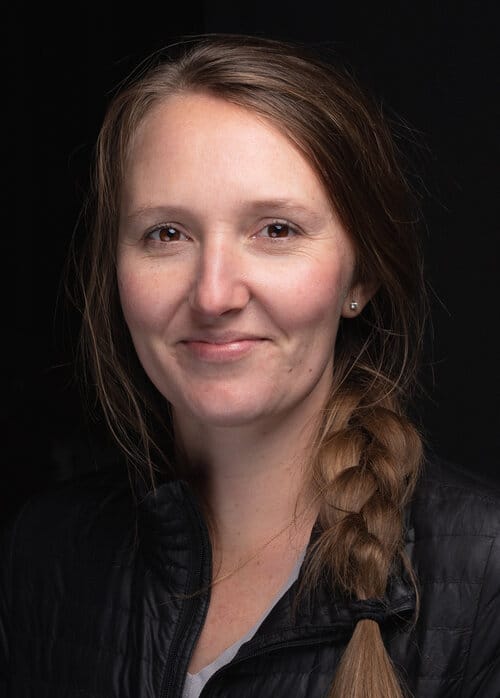 That spark, and that click, were the beginning of something big. The more she researched, Callie realised that young people were generally invited into only selected aspects of conservation projects – the education initiatives, or occasional fundraising. “I couldn’t find any examples of youth coming together to do the whole thing.” With that realisation, she stepped away from her work at National Geographic to fill the void she saw in conservation.

She set an audacious goal: a network of entirely youth-funded nature reserves, with young people involved across the whole project, from governance to operations to storytelling. When she met youth conservationist and writer Bella Lack – who was to become the first Youth Council member of Reserva – the ambitions became a reality. In 2019 they secured the support of the Rainforest Trust for the new non-profit to take on one of the land protection applications under consideration in Ecuador. “We wanted to protect a really biodiverse area that was big enough to make a splash communications-wise, and that could potentially be scaled up further with other land purchases.” While more people have heard of the Amazon, Ecuador’s Chocó eco-region is even richer in biodiversity. 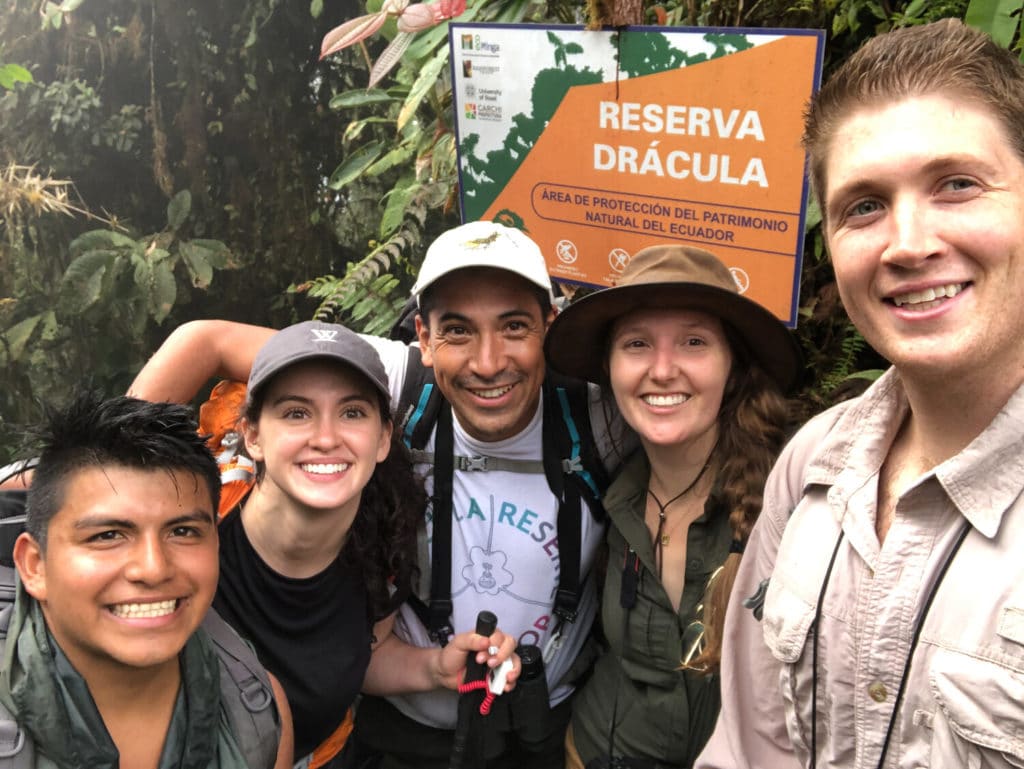 The approach was to fund private conservation, working with local people – both for the long-term security this model offers, and the simplicity of communicating the idea to young people. The local partner, Fundación Ecominga, was already working with Rainforest Trust to create the Dracula Reserve (named for a rare type of orchid with flowers like flying dragons – ‘dracula’ in Latin) in the Chocó, on Ecuador’s northern border. The first project to take shape was to fund the purchase of a parcel of 224 acres within that reserve – with the possibility of expanding the area if successful.

The target for Reserva to raise was US$89,000, which would be matched dollar for dollar by the Rainforest Trust’s SAVES Challenge to secure the purchase. Ecominga’s support was key, explains Callie, for developing the relationship with the local and Indigenous communities and for their commitment to youth participation: “This partner is incredible, and so enthusiastic about involving youth. We have a deep partnership – it’s more than funding. I’ve brought Youth Council members on expedition to the site to offer support with science or storytelling. The incredible discoveries they are making need to be professionally communicated to inspire people to give and to care about this area.” Volunteer hours also support grant applications, alternative livelihood projects and research.

Through the efforts of a global Youth Council of more than 60 members in 18 countries, alongside hundreds of young nature-loving supporters, the fundraising goal was met in June 2021. Young people around the world have donated directly, organised events such as ‘Run for the Rainforest’ and ‘Concerts for Conservation’, shared the story of the project and written letters of support.

“Someone asked me, isn’t it messed up that we ask kids for money? But actually, I think it’s messed up that we think it’s beyond them. We give because it’s the most satisfying way to impact something that you care about. We have a generation growing up with enormous stress about the environment and it makes people feel good to do something that helps. Why wouldn’t we want young people to experience that, and cultivate a generation of givers. And you don’t have to have money – you can develop creative solutions that can turn something eventually into money, and that skillset and mindset is really valuable.”

The organisation continues to evolve its mission, working in three impact areas – conservation, education, and storytelling – to create youth-funded or youth-led reserves, to empower young people, and to amplify the work on a global stage. Involving youth in governance is another objective. Callie adds: “There will always be youth on the board – we’re trying to train the next generation of conservation leaders, so getting experience on a board of directors is incredible. Our bylaws state that at least 30% of our board must be 18-26-years-old.” Everyone on the board currently, except for Callie, is a first-time board member. 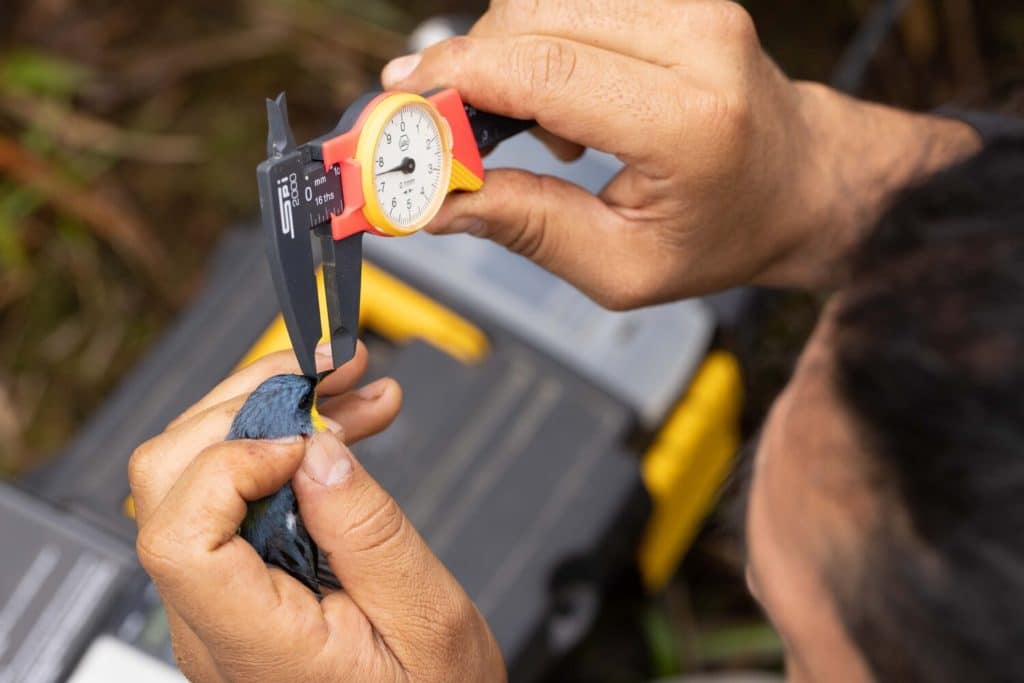 The Youth Council organises or influences all Reserva’s work through their five committees, covering everything from partnerships and grants to campaigns, conventions and community wellbeing. A junior committee brings together younger kids who want to be involved to be mentored by older youth council members, while expeditions with the local partner give local Youth Council members opportunities to establish a route into a conservation career.

Callie hasn’t lost sight of the big ambition: “Our goal has always been to create a network of youth funded reserves around the world. Right now we’re scoping out the possibility of doing a Marine Protected Area, and preparing our next land conservation initiative in Latin America.”

AtlasAction: There are lots of ways to get involved: try one of these fundraising ideas, follow the progress on Instagram or contact the team with your own ideas.

AtlasEvent ► Bella Lack will be speaking at our Fixing the Future Festival in Barcelona. More info and tickets here.

In Catalonia, thousands of people are committed to nature tracking. Their data collected over the years has enabled analysis of...
See more
Share this project

In Catalonia, thousands of people are committed to nature tracking. Their data collected over the years has enabled analysis of...
See more