Atlas of the Future
Daily adventures in a better tomorrow
Discover projects by:
Map
All projects
Blog
Search:
18.07.2021 — by Lily Maxwell

⚡ Saving migratory species across the globe 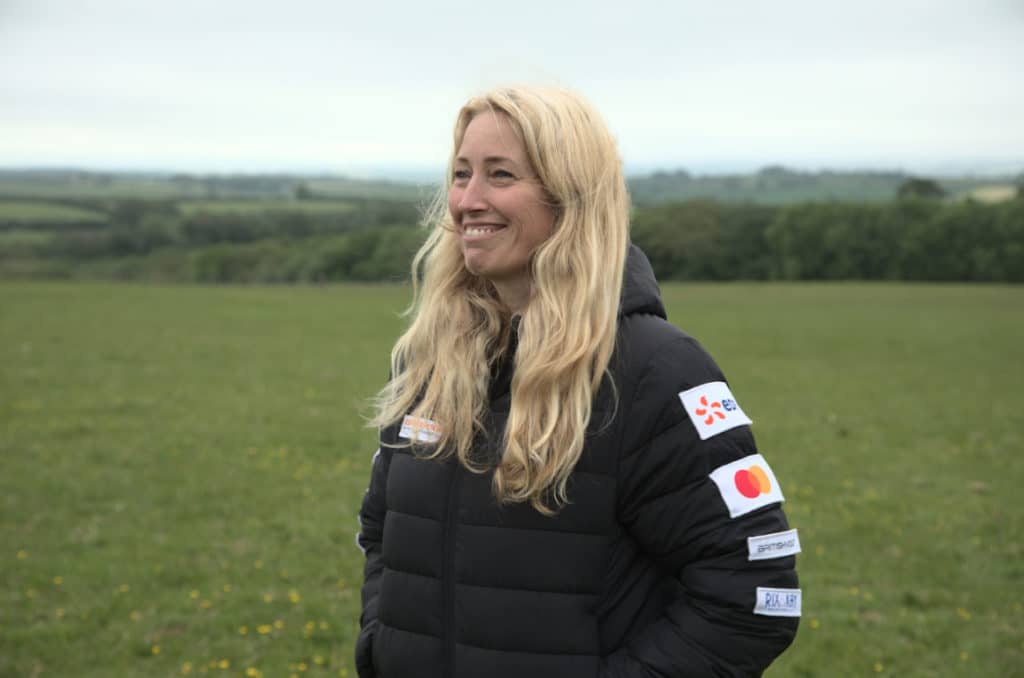 Daring conservationist, biologist and adventurer Sacha Dench, a.k.a the “human swan”, is saving migratory species one awe-inspiring expedition at a time. A free-diving and aviation champion, Sacha uses her public platform to raise awareness about biodiversity loss and climate change.

After flying from Arctic Russia to the UK following the migration of wild swans in 2016, Sacha founded Conservation Without Borders, an NGO that harnesses the power of inspiring imagery and storytelling to drive change. They work closely with communities on the ground to protect endangered migratory species and amplify local voices.

“People the world over want species to continue. They want to be part of the solution. We just have never involved them properly”

We chatted to Sacha Dench about delving deep into the issues facing migratory species with global communities, overcoming her fear of turbulence to become a master paramotorist, and unexpectedly becoming an inspiration for women and girls: “I used to avoid anything that was about female empowerment, but now I embrace it”. This is her FutureHero Interview.

My main motivation for doing expeditions is to spread the word about endangered species. I’m not a big adrenaline junkie – I’m very cautious in a paramotor. But extreme sports have always been a perfect route to talking about conservation for me, particularly with migratory species. Ultimately, we’re trying to get people outside the world of conservation to address the big challenges of biodiversity loss and climate change. 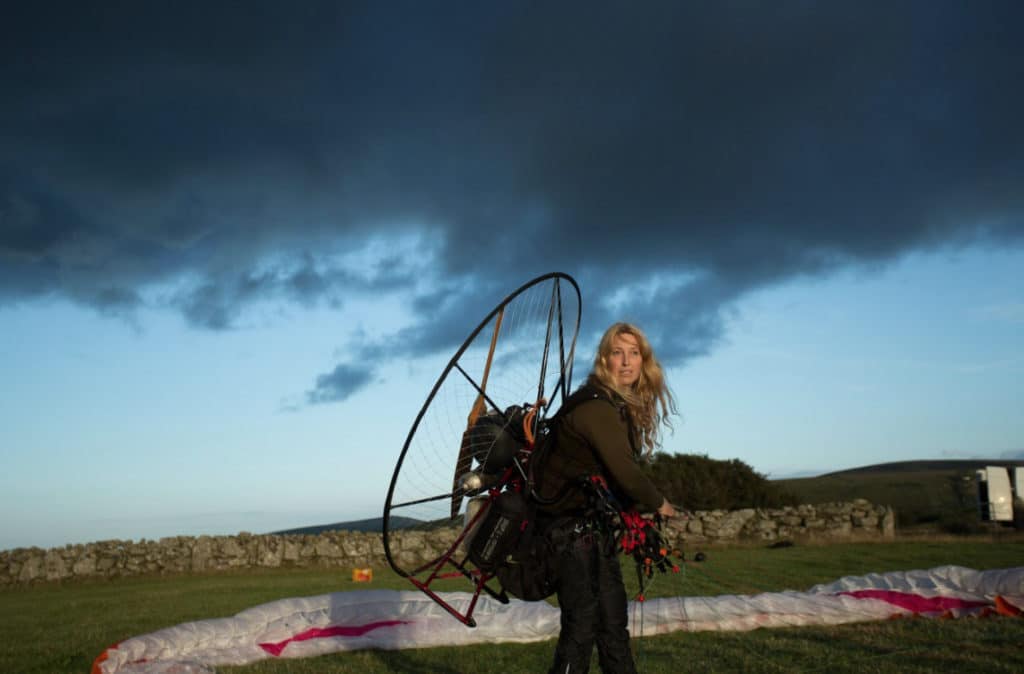 Sacha Dench about to battle the skies.

It doesn’t matter how you reach people, as long as you engage them. When I was a biologist talking about conservation, very few people were interested. But when I became Australia’s freediving champion, people suddenly listened because I was a sports personality.  People love adventure. Doing something remarkable that gets their attention can spark conversations and get them interested in the mission.

Talking about migratory species connects people. It brings diverse communities from around the world together and allows you to talk about global issues through the eyes of animals, which I think has a magic to it.

To get people really engaged, they have to be the hero of the story, not the villain. By default, the person causing the problem can also solve it. So, we try to give everyone a role to play in conservation rather than placing blame on them. 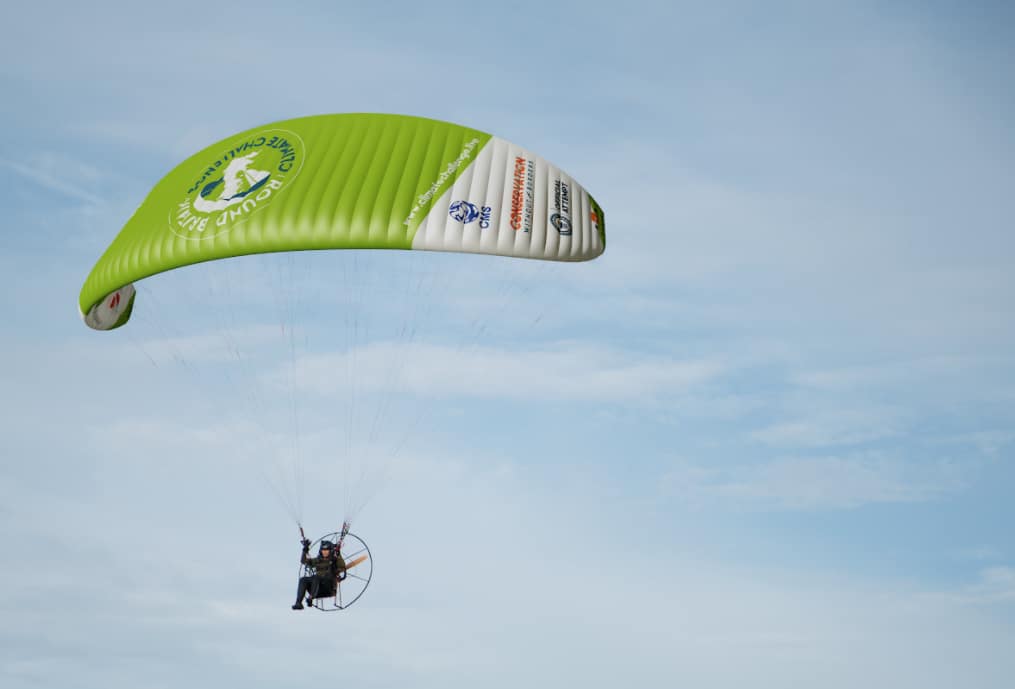 Sacha flying during the Round Britain Climate Challenge.

Being culturally sensitive is key. I learned enough Russian to understand and say the very basics during the Flight of the Swans expedition. This set the right tone: I wasn’t a foreigner coming in and pointing fingers, but rather someone a bit out of their depth in Russia asking for help. This gave locals another way to be heroes.

We invite communities to play an active role in our expeditions and it really pays off. By engaging with hunting organisations in Russia to ask for their assistance crossing the Russian Arctic, we enabled them to be part of the Flight of the Swans story. Once they were part of the mission in terms of logistics, it was much easier to engage them in saving swans long-term.

People want to help – they just need information and opportunities. In Arctic Russia, people live off hunting. But once we told them the Bewick’s swan was in drastic decline, they signed up to act. Now, every single hunting tourism or hunting association in the swans breeding grounds is a partner of the Swan Champions of the Russian Arctic network. They’re running the show there. We light the flame and then let local people fan the fire; this way, the project has longevity. 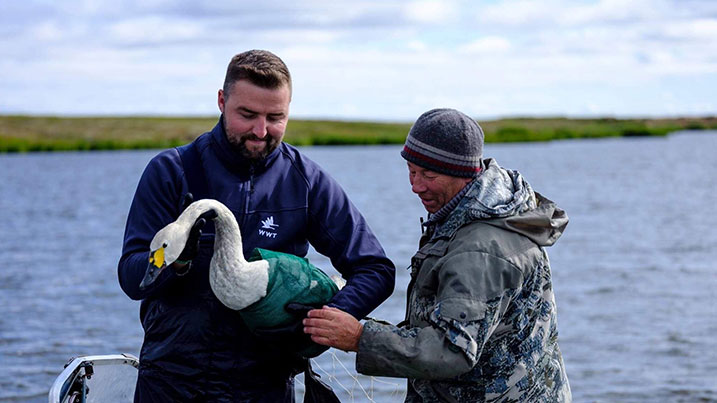 Ringing and researching Bewick’s swans in the Russian arctic

We highlight local champions driving change. We talk to the local media when we land and then refer them to the local person with the place-based expertise. Through storytelling, we try to show that the work being done by locals is a really important piece of the puzzle when you look at things globally. And this only empowers them to do more.

In Estonia, we highlighted a community where swans were hitting power lines all the time and now they’re putting in place solutions. The power company are installing diverters, removing every second line and within the next two years, they’ll put the whole thing underground (something they previously said was impossible because it would cost millions).

Local communities should be more involved in conservation. When I mentioned to the Nenets people in Arctic Russia that researchers have been working on tracking the Bewick’s swan for 30 years, they asked, “why has nobody ever asked us to be involved?!”. These communities want to protect species – we must involve them in conservation more.

People often ask “do you really believe what you’re doing will solve climate change?” and the simple answer is: I don’t. But I do believe that if I can reach enough people and they all feel a bit more inspired to do something, that cumulative effect could make a real difference.

It’s time to spread the message that nature belongs everywhere. Conservationists have put fences around nature and now people think that nature belongs inside a protected reserve. I’d like to be able to tell future generations that we’d reversed that. That’s another side of Conservation Without Borders: trying to convince people to accept nature and the wildness it needs. 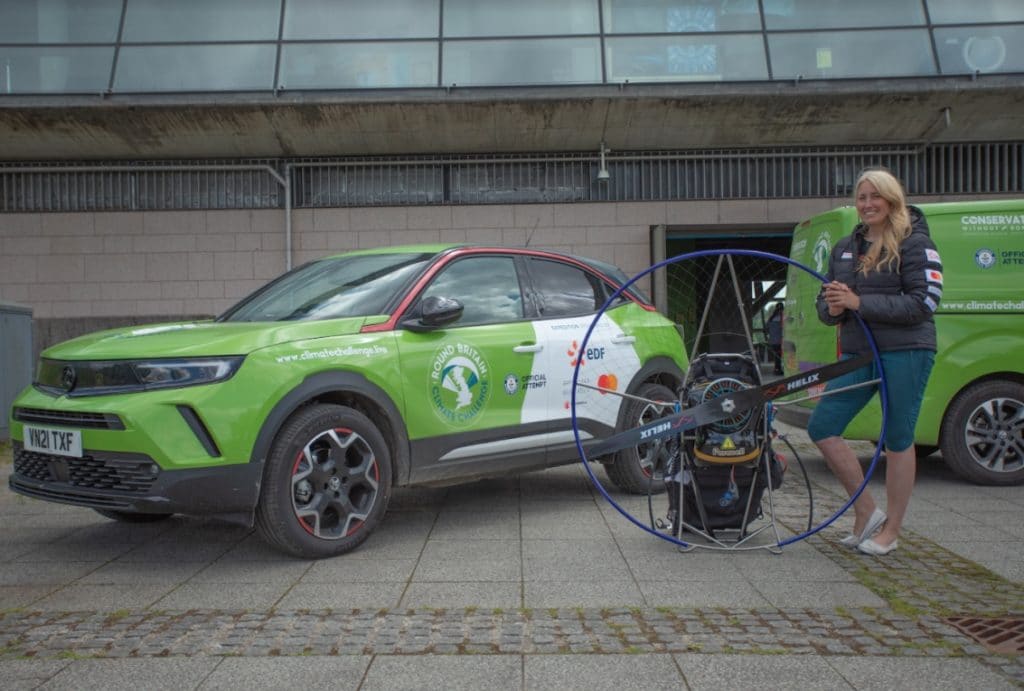 My first major flying challenge was getting an aerial shot of a new habitat for swans at six o’clock in the morning. I was airborne and I just knew that I got that shot, it could change the whole discussion about the Bewick’s swan. And it did: this one important image was picked up by a whole series of national newspapers and it completely changed the narrative.

I want everyone to feel like they have the power to enact change. One young woman told me “what you do is absolutely amazing but I could never do anything like that”. That’s the opposite of the story that I want to portray: I just happen to have found my “thing” and you can find yours too.

But have patience: I was 40 when I found my niche, even though I’ve been vocal about conservation since I was 11. It took me a long time to figure out what I could bring to the table and do differently.

I never intended to be a role model for women and girls but now I embrace it. My focus has always been on solving conservation problems, not on being an impressive woman. But I changed my mind after the first expedition: little girls and young women would say “oh my God, can girls fly?!” when I took my helmet off and I realised that I was making a change. So I’m very happy to do whatever I can to inspire younger women. I have learned a lot from them too. 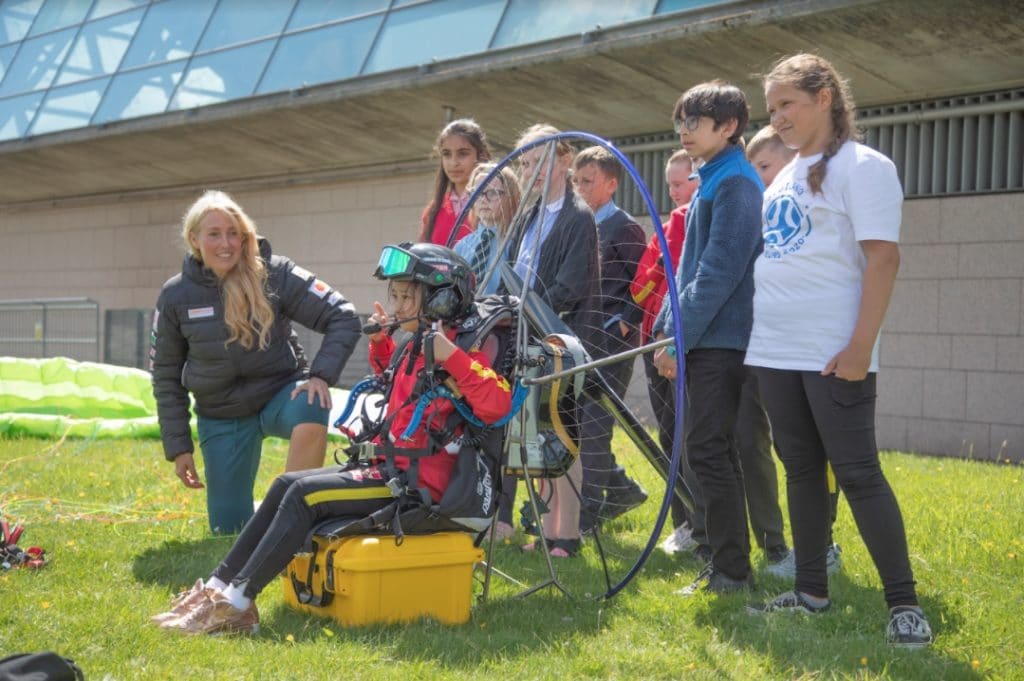 At the launch of the Round Britain Climate Challenge.

Global decisions about how we use natural resources and protect the planet should not be made by politicians working to their three or four year election cycles. This is a massive problem behind everything related to climate change and biodiversity loss.

Companies and other organisations should play a role in repairing nature. For the next 50 years, at least, we need everyone in society to feel like their general mission is looking after nature, rather than generating profit.

We have until 2030 to bring about some pretty radical changes. Our mission is to do a series of expeditions around the world following migratory species and to share the stories and visuals with the public, decision-makers at major UN events and companies responsible for resource use. We want to show the world the reality of what’s happening and the connections between all our countries in a way that’s exciting and impossible to ignore.

My future power would be… spotting all of the young people that will be powerful game changers in the future and giving them support now. It would also be great to go into the future and record climate change events so that people could see them now. This might help to speed up the change we need!

►Meet Sacha at Fixing the Future: Nature Talks, our online series with nature’s champions and defenders.

AtlasAction ► Follow the expeditions Conservation Without Borders are doing on Climatechallenge.live and sign up to Count Us In to help them to win the second Guinness World Record for the highest number of people acting on climate change.