When it comes to our fruit and vegetables, we’re used to supermarket perfection, but a misshapen carrot or heart-shaped potato – when you cut it – is still a carrot or potato inside. It’s food and not to be sniffed at.

That’s why a social enterprise in Catalonia is creating 100% natural high-quality jams, creams and sauces from surplus produce discarded for being… ‘ugly’. And it’s creating an impact while it’s at it, by working with and distributing them to vulnerable groups. 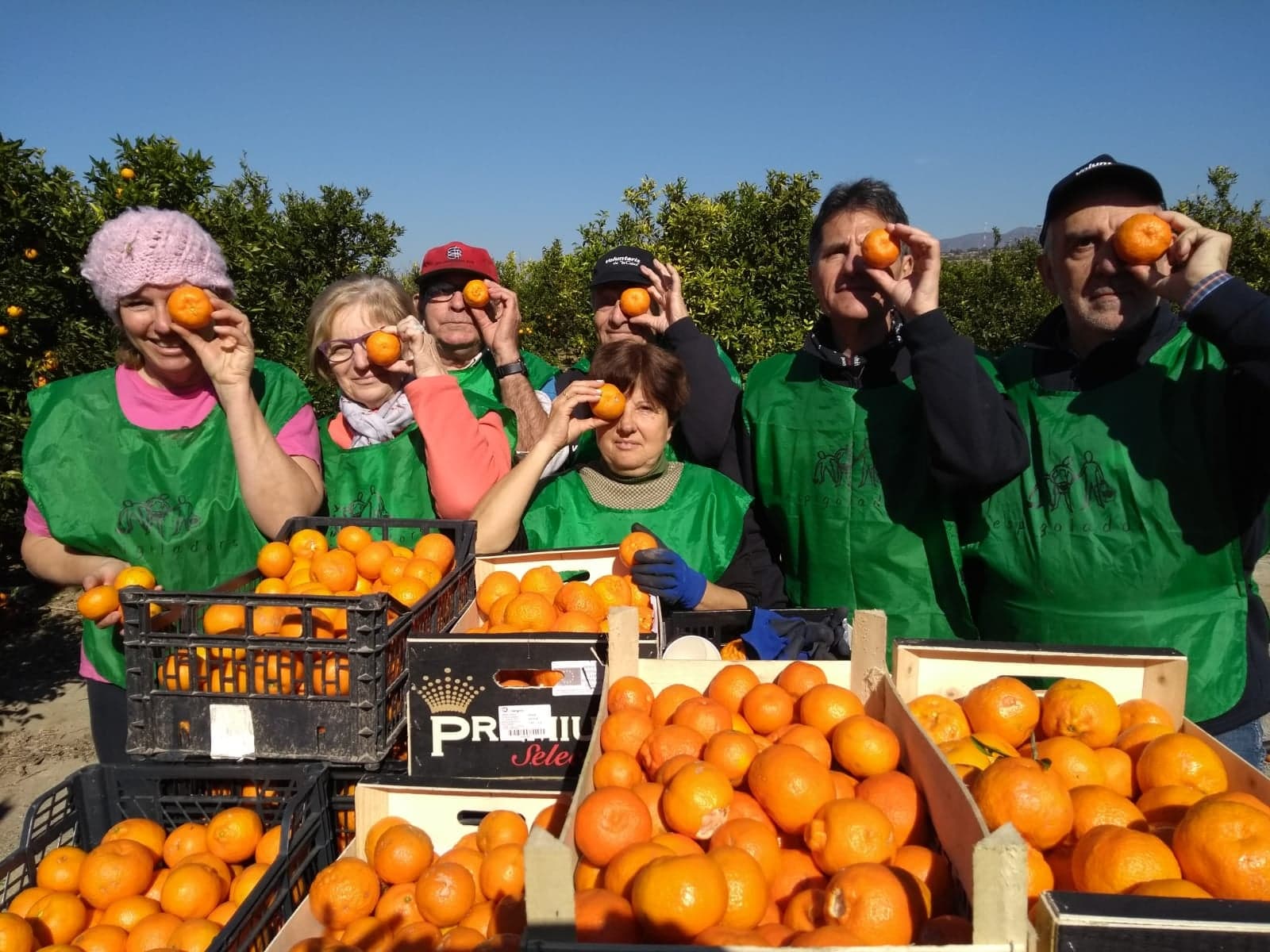 The first Spanish brand to do anything like this, Espigoladors (Catalan for ‘gleaners’) is essentially looking to the past as a key to feed the future. Gleaning is a rural activity that stems back to the Middle Ages, when reject crops were gathered after harvest and given to the needy.

a traditional activity which took place in the fields; people with little resources collected in the farmers’ fields the surplus produce, such as wheat spikes, nuts or olives, once the main harvest was finished.

Gleaners and ragpickers were first profroundly romanticised as a way of life in 2000 in the award-winning French documentary The Gleaners & I by Agnès Varda (one of the pioneers of the cinema made by women and feminist cinema). Just over the border in Spain, today nearly 8 million tons of food are thrown away every year and a shocking 40% of food production is wasted worldwide, thrown away in good condition due to aesthetic reasons.

Espigoladors was born in 2014 by social entrepreneur and economist Mireia Barba (pictured below) with co-founders Jordi Bruna and Marina Pons. “When I was a child, my grandmother used to tell me that food should not be thrown away,” Mireia explains. “Now 93 years old, she was the first to teach me about the consequences of wasting food.” 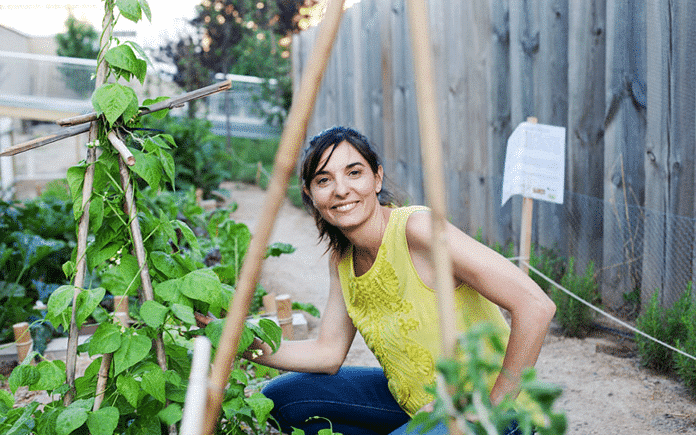 Mireia remembers her grandfather harvesting fruit and vegetables for the family from his home garden. Now a mother to three children, she was first inspired to visit a soup kitchen after her daughter was taught about food waste, at school. The seed of possibility sprouted – and it’s not stopped growing since. “The number of farmers we are collaborating with us is increasing day after day, and the same is happening with volunteers.” 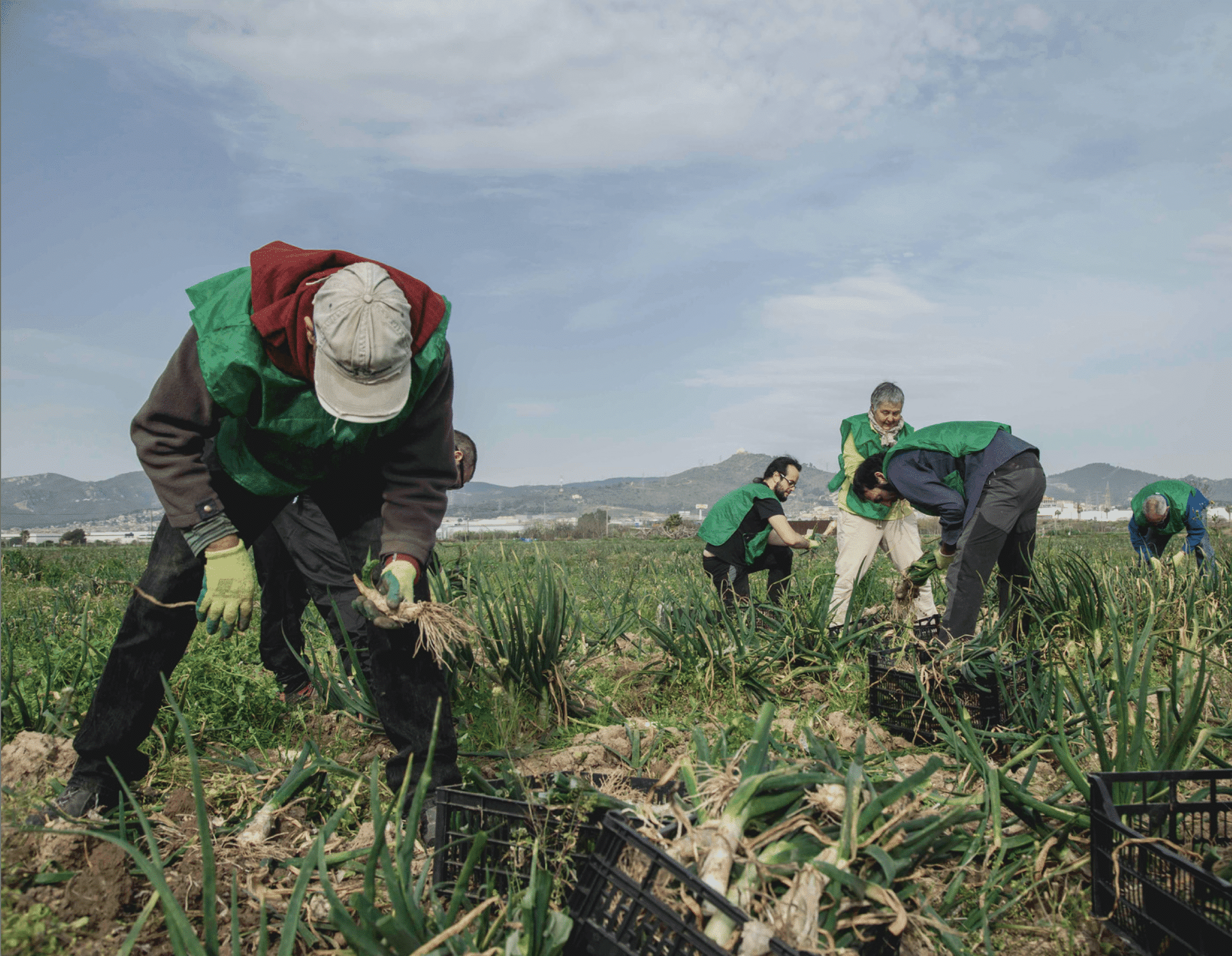 The Espigoladors model is based on the idea of creating a triple impact: reusing food waste and providing healthy food and work to those who need it most – while always raising awareness. It’s model is all about being “transformative, participatory, inclusive, innovative and sustainable” and relies on an enthusiastic network of over 600 volunteer gleaners – some of them come once a year and some others once a week.

In 2018, the Catalan trio launched a food innovation lab in their ‘central kitchen’ in el Prat de Llobregat (not far from Barcelona’s city airport), where they collaborate with the volunteers and local producers to recover imperfect fruits and vegetables that are deemed unsuitable for selling on. 90% is then distributed to soup kitchens to reach people who need them.

The remaining 10% is transformed into new products. The ‘conserves that care’ are then marketed under the brand es im-perfect (it’s imperfect). In one day they can produce and package around 1,300 jars of jam.

The Espigoladors kitchen workshop is a magical innovation laboratory that hires people at risk of social exclusion, young people and women over 45. The team sees young people are seen as drivers of change and they want to promote and create a global citizen movement of collectors.

“When we bring ugly fruit to markets, children ask, ‘What is this? A zucchini? I’ve never seen one like this!’ There are children who have never gone to a field, and if they see perfectly round tomatoes in the supermarket they think they are all like that!”

Espigoladors don’t want to create a charity based model, but an “innovative, green and circular model that follows sustainable patterns”. Earlier this year (in 2020) the Catalan Parliament approved a pioneering law to prevent food waste. “We were invited into the expert committee, which demonstrates that our impact and visibility is increasing.”

Espigoladors is currently working with five local social enterprises, including L’Olivera, a wonderful olive and wine cooperative in Catalonia that supports people with severe psychiatric disabilities by offering a job and a community.

They have, of course, faced some difficulties. “Being a social enterprise, funding is always a problem,” Mireia tells us. The plan is to scale up and replicate the model all around the globe. “In every city in the world, we find the same three social and environmental problems: food waste, hunger and lack of job placement for vulnerable communities. For us, collaborating and gaining knowledge from others is essential to creating better solutions.”

She adds that their main goal is to change trends. “This is a global problem that we can and must solve and about which, little by little, we have access to information and initiatives emerge from different agents in the food chain.”

But there is still a long way to go. “Fixing the problem is in our hands. Let’s look for solutions in every part of the chain, from the field to the home. Each and every one of us are agents of change and we must work to find solutions.”

The mum of three reflects on the current crisis: “It is especially affecting the most vulnerable groups in our society, so we are making our preserves available to people who have difficulty accessing healthy food. And we are guaranteeing all the jobs in our workshop, which functions as a job placement space.”

“We always say that our goal is to disappear; that would mean that food waste does not exist anymore. To achieve it, we need everyone’s help.”

AtlasAction: Do you want to be part of the solution? Sign up to volunteer – and keep spreading the zero food waste movement with the campaign hashtag #ConservesQueCuide.

A world where cities and forests thrive together 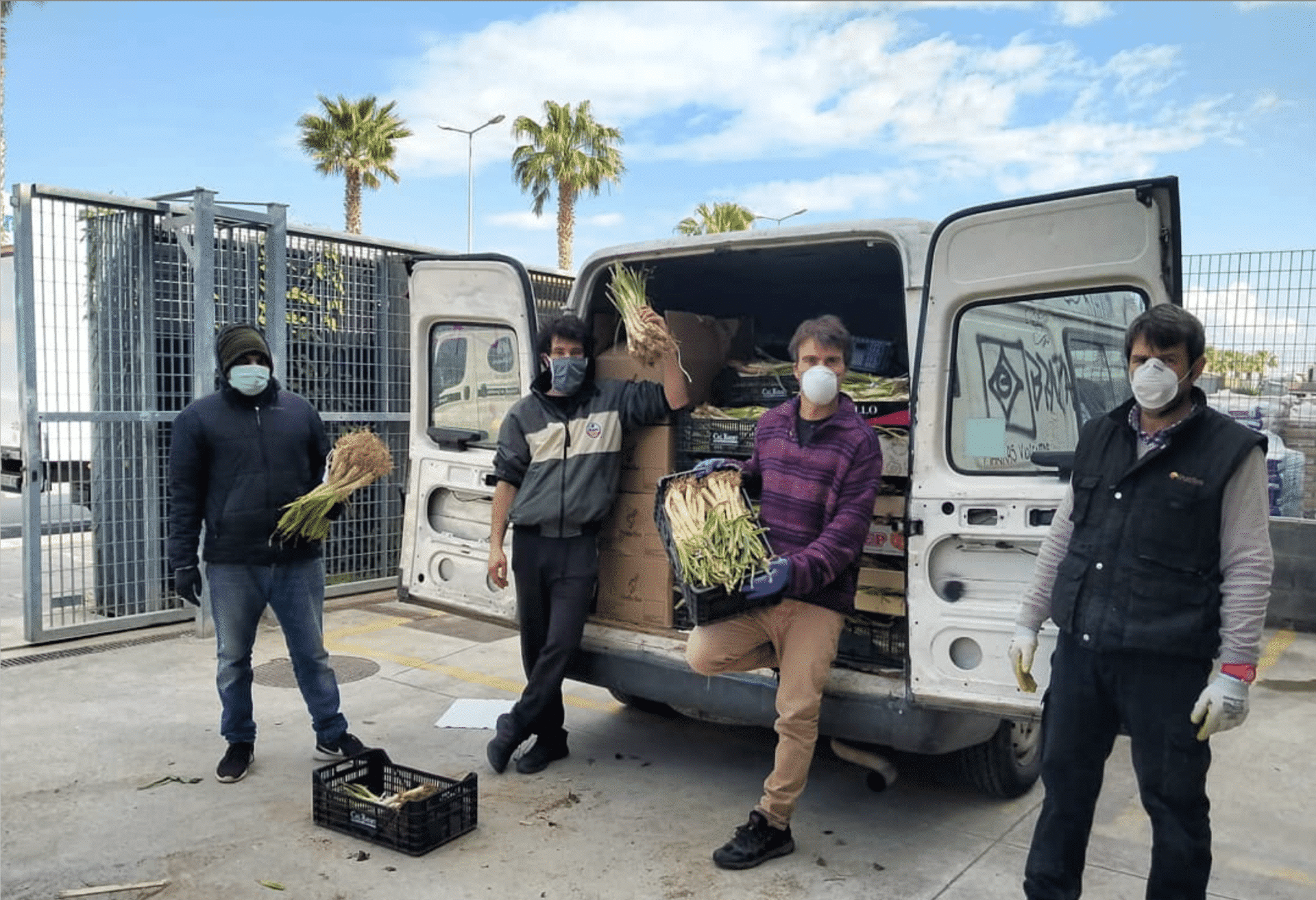 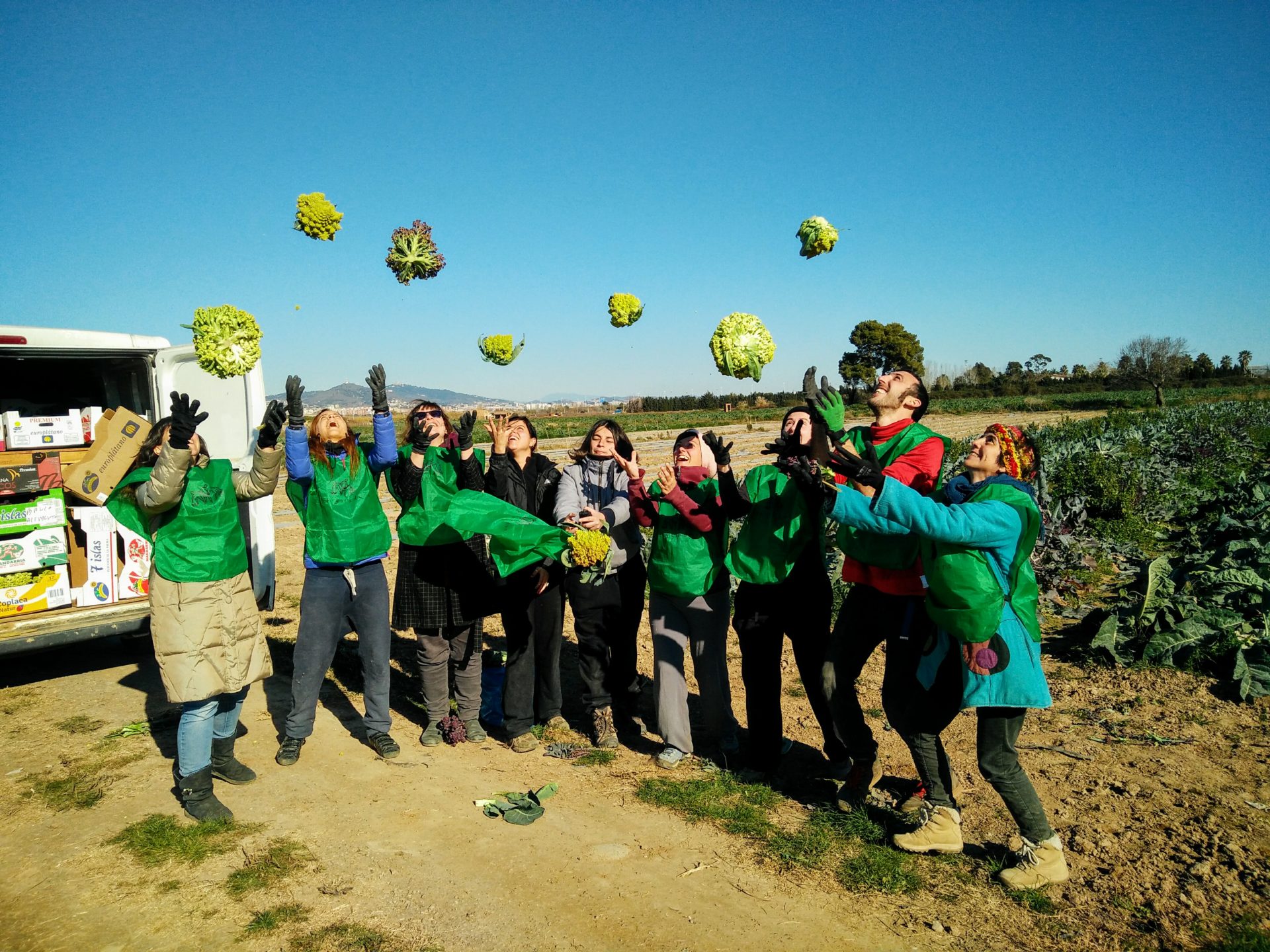 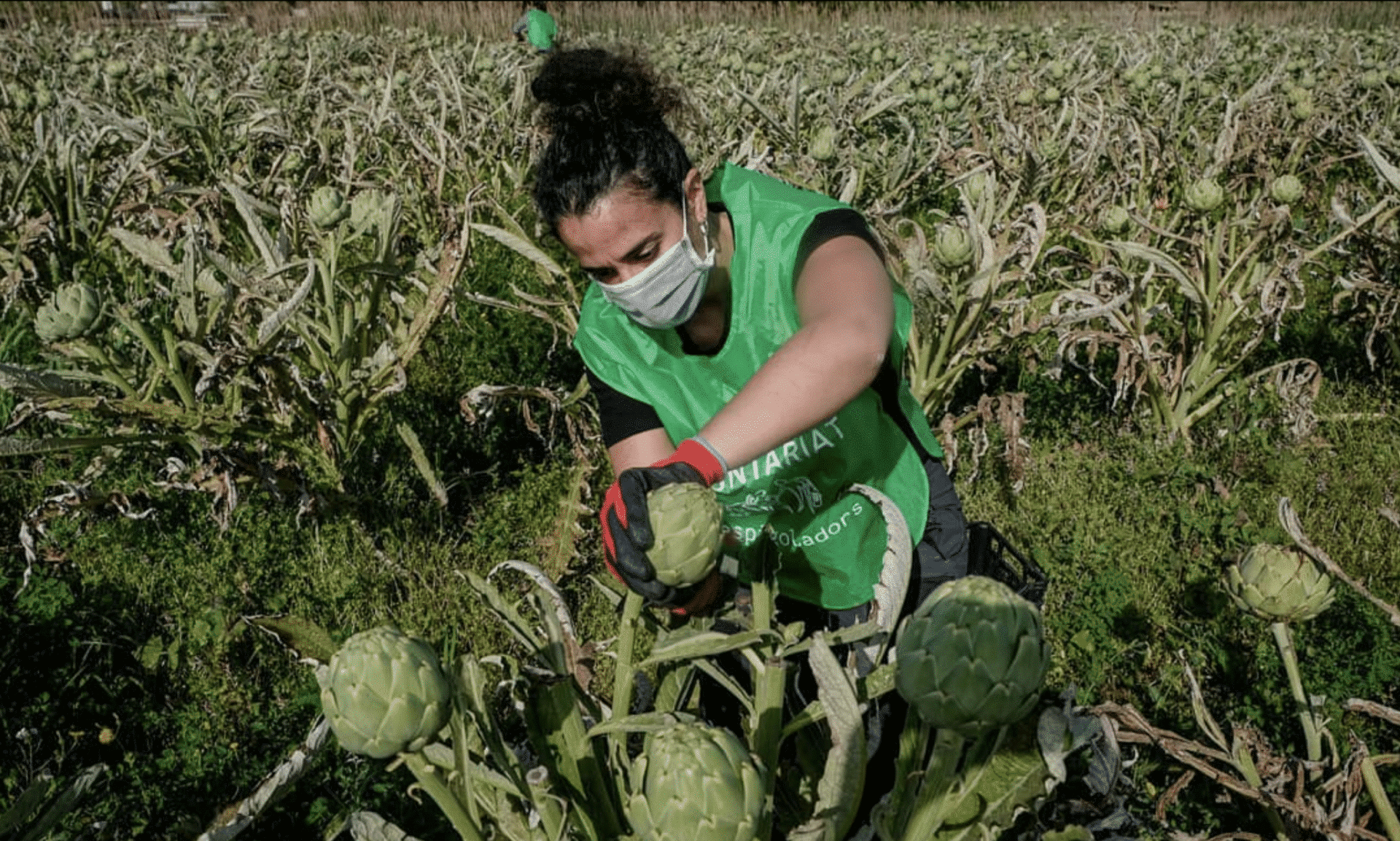 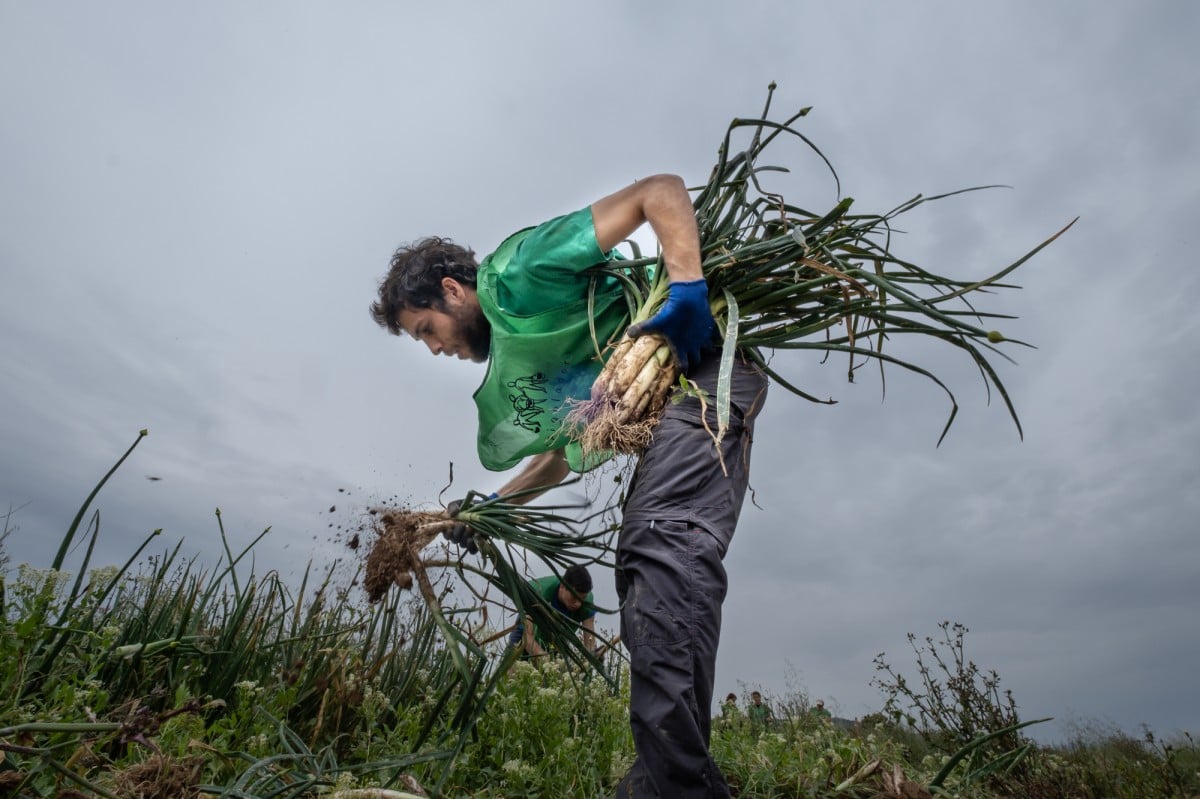 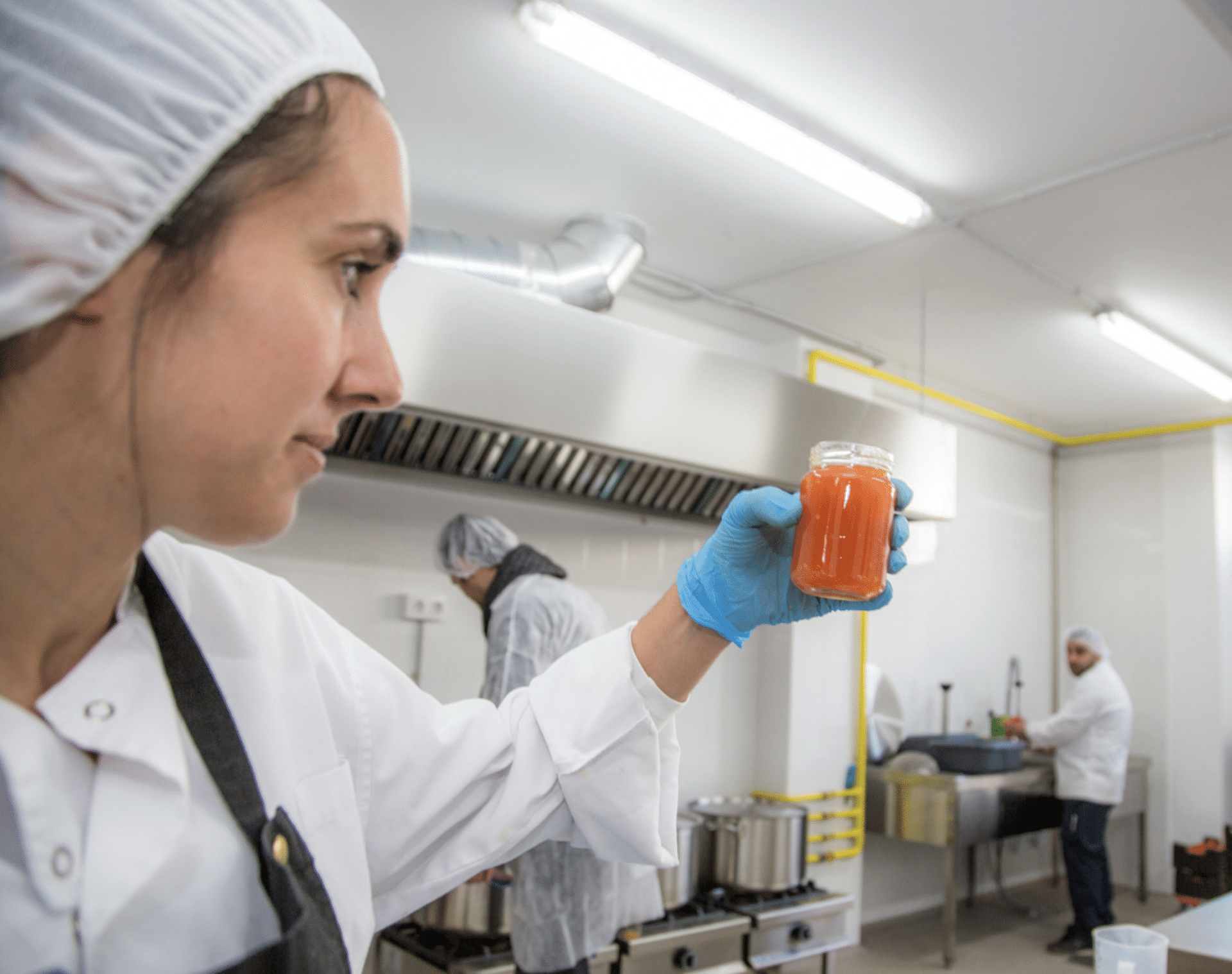 A world where cities and forests thrive together