“Food is a central part of the Filipino life. For the people of an agricultural country such as the Philippines to go hungry due to increased control of industrial agriculture giants, is therefore unacceptable and must be resisted.”

Food and agriculture is central to rural development, a source of livelihood of small farmers and a reflection of Filipino’s ingenuity and resilience. Over 20 years ago, farmer-scientist led group MASIPAG was created to break the control of local and multinational fertiliser and pesticide companies, multilateral rice research institutes and rice distribution cartels in the Philippines.

For MASIPAG, rice is life and genetically engineered Golden Rice must be stopped. 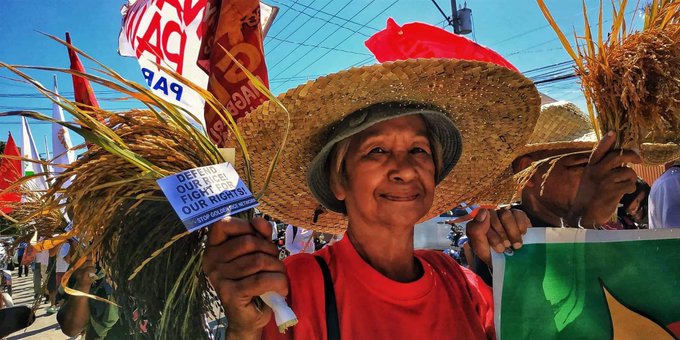 To improve the quality of life of small farmers, the initiative takes a holistic approach to development, community empowerment, and people’s control of agricultural biodiversity. Today, the longstanding network of civil society organisations, NGOs and scientists reaches around 35,000 farmer members in three regional zones of the Philippines. The goal is to sustainably manage biodiversity through farmer-controlled seeds and biological resources, agricultural production and associated knowledge. 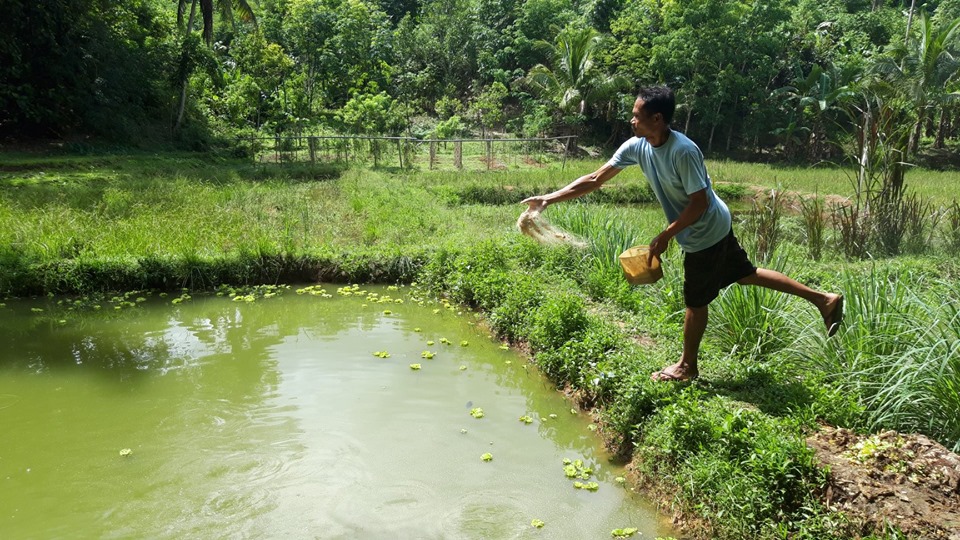 MASIPAG’s approach to empower farmers in breeding their own local rice varieties and to collaborate with academic sectors uses the following interactions: bottom-up decision–making, planning, and implementation; farmer–scientist partnerships; farmer-led research; farmer–to–farmer mode of diffusion in training; and advocacy on farmers’ rights issues. The results of the initiative’s research calls for governments to support sustainable agriculture for better food security, better health, and better income outcomes, all while offering the potential to reduce climate change emissions from agriculture.

The national coordinator of MASIPAG, Cris Panerio, told a story of a typhoon that hit a community in Nueva Ecija. The province is nationally known as the ‘Rice Granary of the Philippines’, producing the largest rice yield in the country. The typhoon destroyed all of the rice crops in the community except for one that was grown by a farmer who had propagated his own variety of rice. That particular farmer had also been farming organically for over ten years. Similarly, in nearby communities, other organic farmers also had a good harvest, while crops grown by conventional farmers had been destroyed.

“Food systems are not only about how we grow our food, and how the consumption and distribution of food affects the environment or contributes to climate change,” Cris explains. “It also about who controls and dominates the kind of production and resources we use and access.”

As the pandemic Covid 19 lashes out on many countries, including the Philippines, problems on agriculture and food has come to the fore. It has exposed the problems of the ‘normalcy’ wherein both the people and the environment suffer. What then should be the new normal? MASIPAG encourages everyone to take on agroecology as a holistic approach in ensuring just, sustainable, resilient and people-centred agricultural systems; a path towards food sovereignty and the rights of people to food.

This project is featured in a new research report called 'Beacons of Hope: Accelerating Transformations to Sustainable Food Systems' by the Global Alliance for the Future of Food.

"We love Patagonia – it’s one of the wildest places left on Earth, where there’s a chance to protect ecosystems...
See more
Zambia (Lusaka)
Zambia (Lusaka)

"We love Patagonia – it’s one of the wildest places left on Earth, where there’s a chance to protect ecosystems...
See more
Zambia (Lusaka)
Zambia (Lusaka)