“We love Patagonia – it’s one of the wildest places left on Earth, where there’s a chance to protect ecosystems at scale and demonstrate how conservation can benefit communities.”

National parks save and restore wildlands and wildlife, inspire care for the natural world and generate healthy economic opportunities for local communities.

That’s why, for more than two decades, conservation-minded philanthropists Kris and Doug Tompkins (RIP) bought up swathes of damaged or threatened wilderness in Chile and Argentina and handed them back to their respective states as up-and-running national parks.

Previously, US clothing billionaire Kris was CEO at Patagonia Inc and Doug founded and ran first The North Face and then the Esprit clothing chain. Investing their own wealth and raising funds through Conservación Patagónica, a US-based non-profit set up by Kris in 2000, they went onto establish five important new national parks and expand a number of other parks and reserves.

Parque Patagonia was the most ambitious so far. In 2003, they purchased 200,000 acres in the Chacabuco Valley – most of it formerly a huge sheep ranch – in order to rewild the overgrazed grasslands and combine them with two adjoining Chilean nature reserves. The combined area was a huge national park that safeguards the delicate transitional zone between the semi-arid Patagonian steppe and the temperate beech forests and be a magnet for hikers, climbers, campers and lovers of wildlife. In the creation of Patagonia National Park, their land conservation goal is securing permanent protection for 750,000 acres in this biologically critical area.

The park spans an unusual range of habitats and provides critical room for species to adapt to a changing climate. On a global scale, grasslands are drastically underprotected. The area is also home to one of the largest remaining populations of the endangered Huemul deer. To date, a lodge, bar and restaurant, offices, trails and two camps sites are ready, and the park is open to the public – improving the odds for wildlife through selling off livestock, taking down fences, restoring grasslands and forests, and developing species-specific restoration programs.

Sadly, Doug died in a kayaking accident in southern Chile, aged 72 in December 2015. However, his legendary mission lives on. 29 January 2018 went down in conservation history as Kris joined forces with Chilean President Michelle Bachelet. April 2019 concluded the largest private land donation in history. As President of nonprofit Tompkins Conservation and UN Patron of Protected Areas, Kris made the formal hand over of Pumalín and Patagonia Parks to the Chilean state:

“After years of work together with Doug and the team at Tompkins Conservation we have achieved our dream. The parks that we created with so much love are now national parks which belong to everyone,” she said. “The real work begins now. Taking care of these parks will not only be the responsibility of the government, but also the work of society, of each one of us, so that this patrimony may be conserved and protected for the future.”

Tompkins Conservation continues to collaborate with Argentina and Chile in large-scale conservation projects, having helped conserve more than 14.2 million acres, creating national parks, in collaboration with governments, other NGOs and philanthropic partners. Respect.

AtlasAction: There are more seeds to be planted, fences to be removed, trails to be built, and habitats to repopulate. If you would like to play a part in the restoration of the land and creation of the park, check out their volunteer program or consider making a donation.

Chris Moss has been writing on travel, tech, sex, food, art and books for nearly two decades. He co-founded street paper Hecho en Buenos Aires, writes regularly for the Guardian and Telegraph newspapers, and is now writing a thriller set in Andalusia.

Rice and freedom in the Philippines

“Food is a central part of the Filipino life. For the people of an agricultural country such as the Philippines...
See more 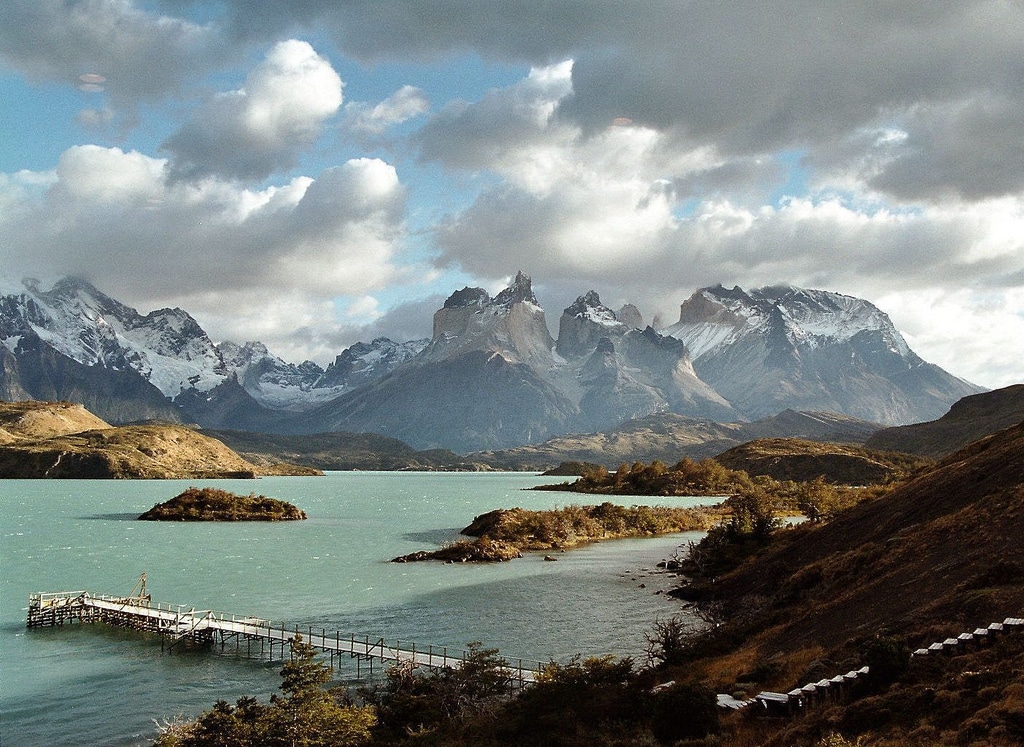 Rice and freedom in the Philippines

“Food is a central part of the Filipino life. For the people of an agricultural country such as the Philippines...
See more