“Small Food Bakery is a journey to try and build a localised, non commodity food system, perhaps masquerading as a bakery.” – Kimberley Bell

Within an open plan kitchen in an old school-turned-arts centre in inner city Nottingham, UK, a celebration of biodiversity, flavour and farmer-miller-baker partnerships is being baked – in the form of sourdough loaves, pizza, crisp breads, cakes and naturally leavened pastries.

Winner of the BBC Food and Farming Award 2018 for best food producer, its founder Kimberley Bell creates breads that taste radically different and connects farms to the end result. She advocates for change in the way we grow, produce, trade, cook, eat, think about food. 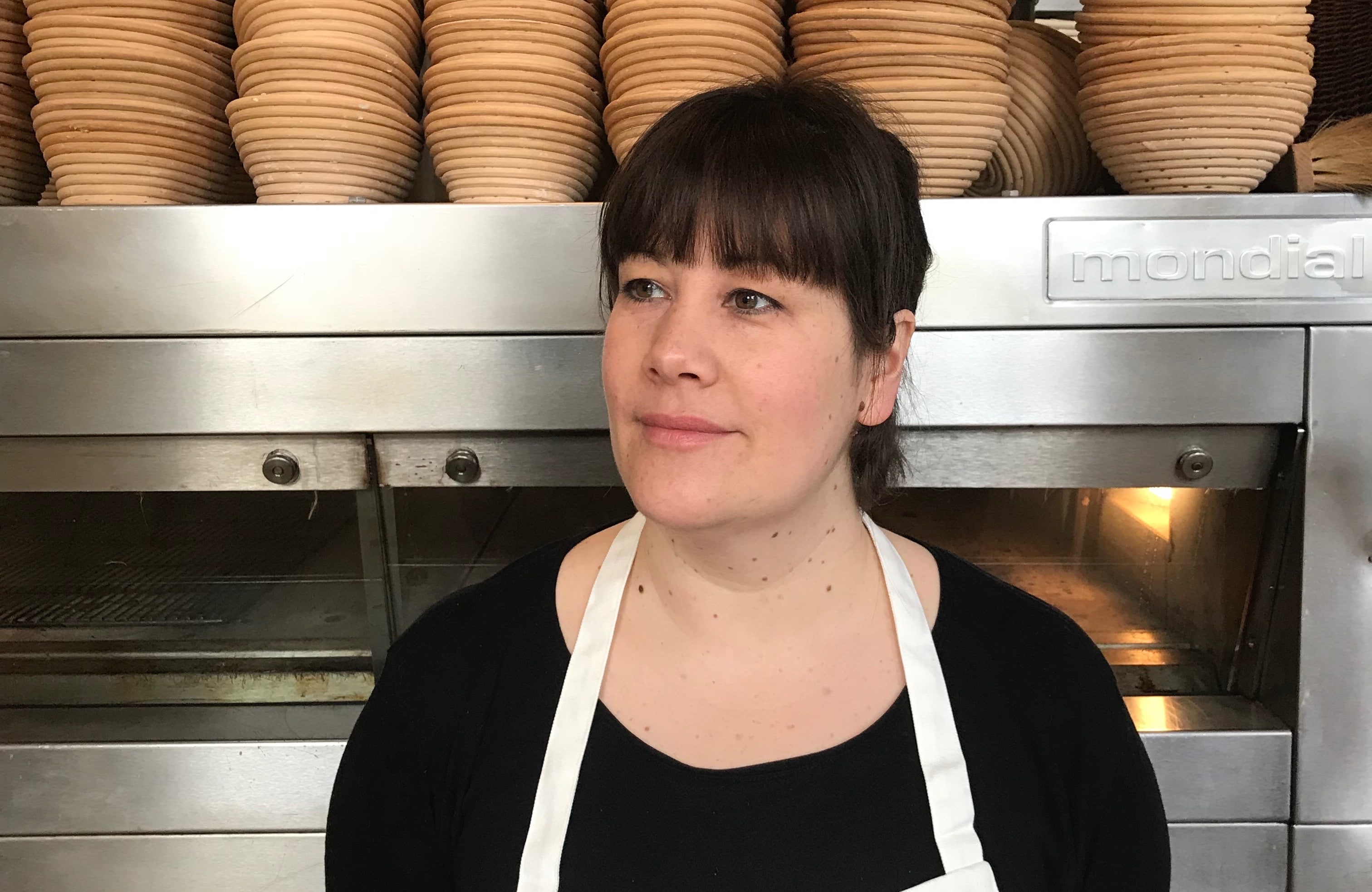 As the planet starts to realise that a radical overhaul of farming and ‘big food’ is needed to fix our global food system, the movement towards smaller local independent producers is gaining momentum. And that’s where Small Food Bakery comes in. “Big food can’t nourish the population,” Kimberley explains. “As a system, its intentions are flawed and even when good intentions are in place at the outset, scale eventually corrupts.”

Her award-winning artisan bakery and workshop is focused on small batch, high quality products which use local, seasonal ingredients bought directly from local farmers. All products are naturally leavened, slowly fermented for over 24 hours in an old school method of bread-making that ensures enhanced nutrition and a rich flavour.

Kimberley started Small Food Bakery in 2014 as an “experiment”, believing on some intuitive level that baking bread by hand using natural leaven was a political act. “It was the perfect foundation for starting to think about reversing the commodification of food.”

Smaller businesses are resilient, and they can turn their hand, hearts and minds to tackling complex challenges. Kimberley wanted to see if she could manufacture food in a ‘regenerative’ way, and if other people might also care about farming practices that increase biodiversity, enrich soils and enhance ecosystems. “I wondered what kind of cuisine it might result in, what it would taste like, and whether I could figure out how to do it.”

She could. Today Small Food Bakery works directly with farmers, doesn’t waste anything, creates skilled meaningful work for a team of bakers, and has valued customers that are their community. 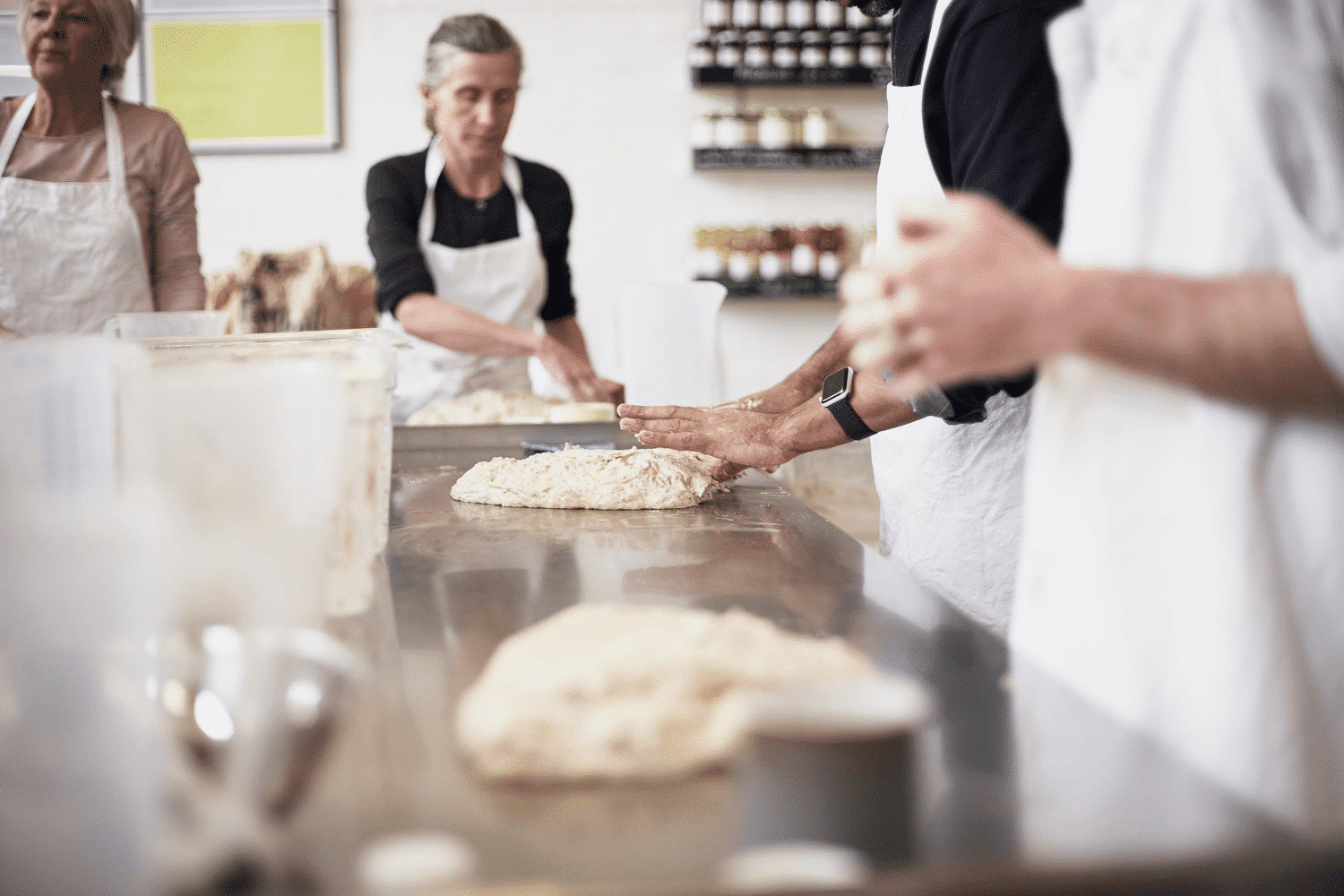 Previously, Kimberley had worked in the construction industry for 15 years, running a business that specialised in fitting out small supermarkets, petrol stations and chain coffee shops. “It was a successful business, but also my window onto an insane world of high octane competitive work, stress, waste, unhappiness – and terrible food! Our teams worked all over the country, often reliant on fast food chains on motorway service stations due to the logistics of their work. It was considered normal, but I observed so many mental and physical health problems as a result of this diet.” She found this impossible to ignore.

“Working with corporate food retailer clients, it was also easy to see where things were going wrong in our food system more broadly, with motivations and intentions completely divorced from any value system that might prioritise nourishing people and the land. It was all about generating growth. The culture that it breeds is ugly and not at all delicious or nourishing.”

Kimberley became frustrated that there was nowhere to buy fresh vegetables or interesting ingredients where she lives. Supermarkets were her only option. “I awoke to the fact that nothing you buy in a supermarket tastes good. Tomatoes are the same all year round. Overly sweet, weird textures and tasting slightly of disinfectant.”

She wondered what kind of farming was producing this homogenous, tasteless food, and was shocked at what she learned. “My appetite switched off!” she tells us. “I wanted to eat vegetables grown in soil, picked fresh and locally, that tasted like they were good for you. I wanted to feel like I was someplace, instead of no place.” 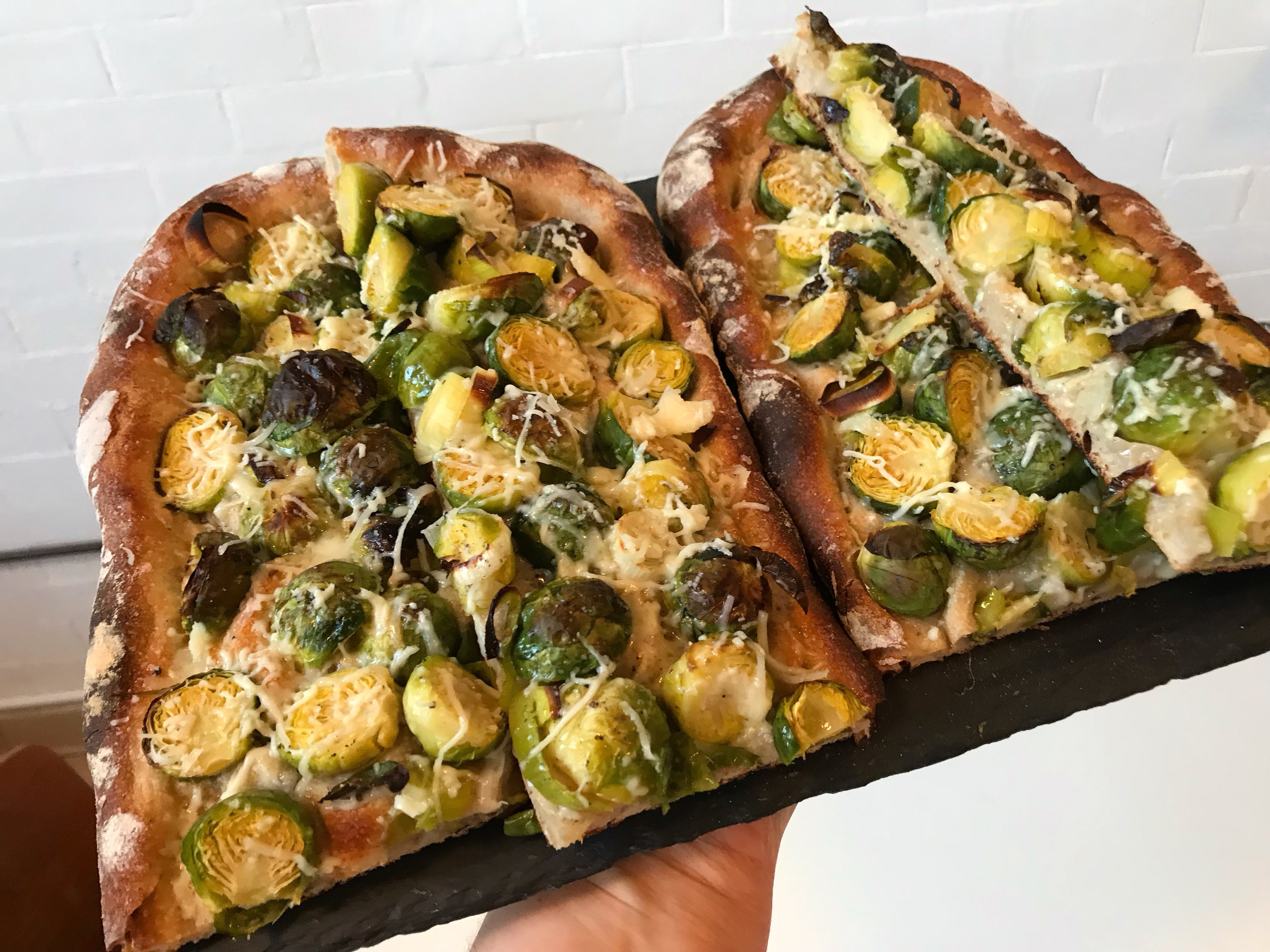 In addition to running the bakery, in 2017 Kimberley started UK Grain Lab, an event to bring together people from across the grain network to explore what an alternative grain economy might look like – bakers, farmers, agronomists, scientists, millers, brewers, chefs and researchers who want to make innovative, diverse, nutritious and flavoursome grains available to all.

It was inspired by a journey to find the most sustainable wheat flour she could bake with – that led her to a special organic research farm in Suffolk called Wakelyns Agroforestry, where professor Martin Wolfe was developing a wheat called the YQ Wakelyns population. “It’s derived from 20 original parent plants, cross-breeding every combination possible to build a vast genetic bank within the seed.”

Small Food Bakery started to work with the wheat and have played a part in starting to normalise it as a crop in the food system in the UK. “This crop has challenged me to think deeply about food, right down to the genetics and politics of seed. 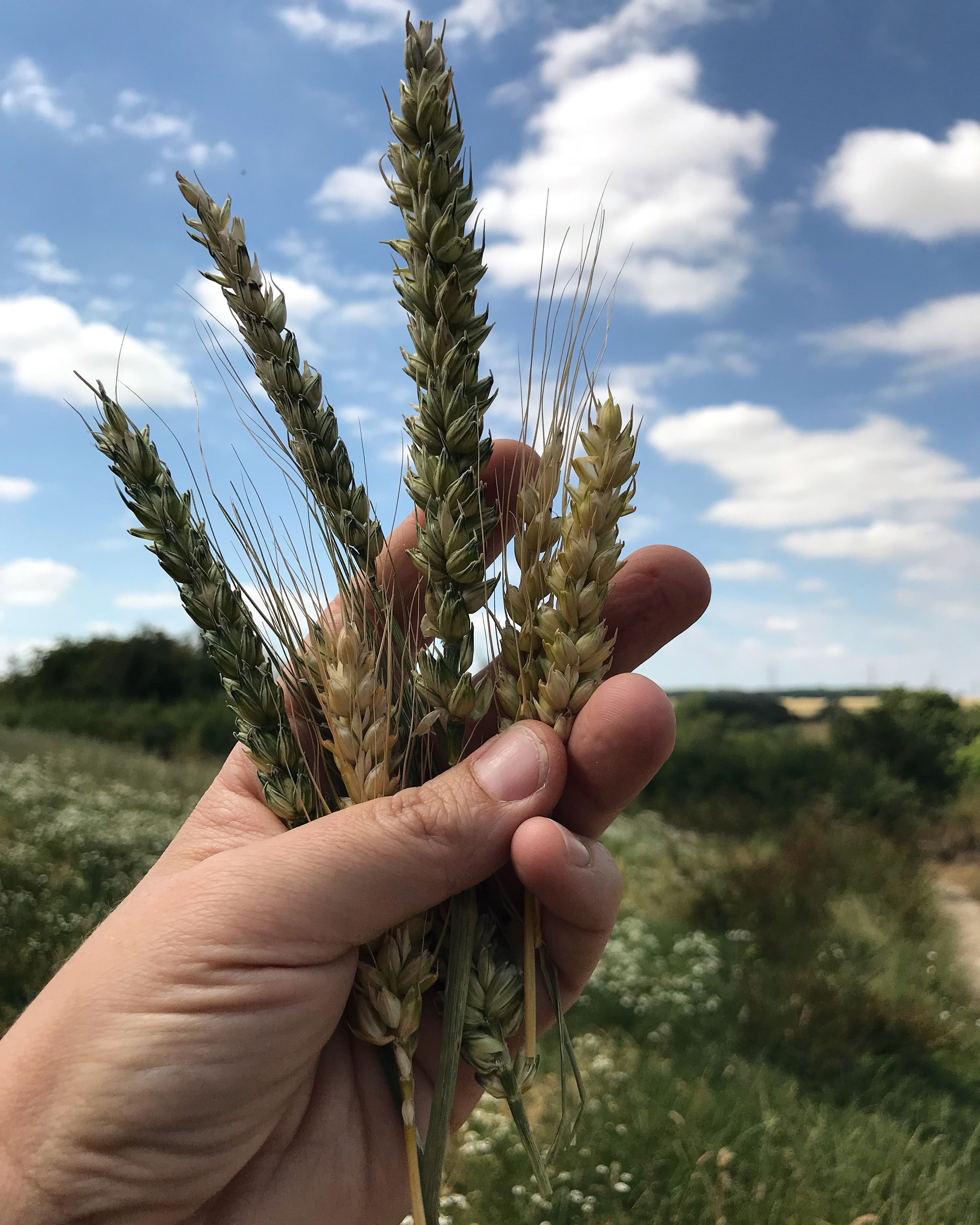 Kimberley hopes Small Food Bakery will help, inspire and empower others to join a movement for better food in the UK – one where power and control exist more equitably, in the hands of many. The next step is to establish a ‘Small Food Collective’ to instigate an autonomous, decentralised network of 100 small food producing businesses around the periphery of Nottingham city centre, all practising small food principles.

“Small food producers are better placed to support the kind of small scale, agroecological farming that is required to reverse climate damage and social injustice. We urgently need to decentralise power in our food system, localise, personalise, take responsibility for our actions and shun homogenisation and commodification.”

Simply, small good production celebrates people, and their ingenuity, recognising the value of food and fostering a culture that allows for that. “We need better, not bigger.”

Smaller direct supply networks have shown themselves to be much more nimble and responsive than our global supermarket food chains. To cope with the pandemic, Small Food Bakery has become a community hub, working with their regular producers to bring meat, vegetables and eggs previously destined for restaurants directly to their wider community. Kimberley adds: “The bakery looks very different these days. Thanks to the dedicated and hard working team and thanks to everyone who preorders and those of you who visit, we can carry on doing our jobs and hold on tightly to the infrastructure we have worked so hard to build over the past six years.”

AtlasAction: Get in touch via the website or social media, or visit Nottingham to join the movement. Small Food Bakery owner Kimberley Bell was one of the speakers at Fixing the future 2019 in Barcelona.

Thrift celebrates resourcefulness over wastefulness. Through art. Concerned with sustainability in the fields of art, design and fashion, the ongoing publishing and...
See more 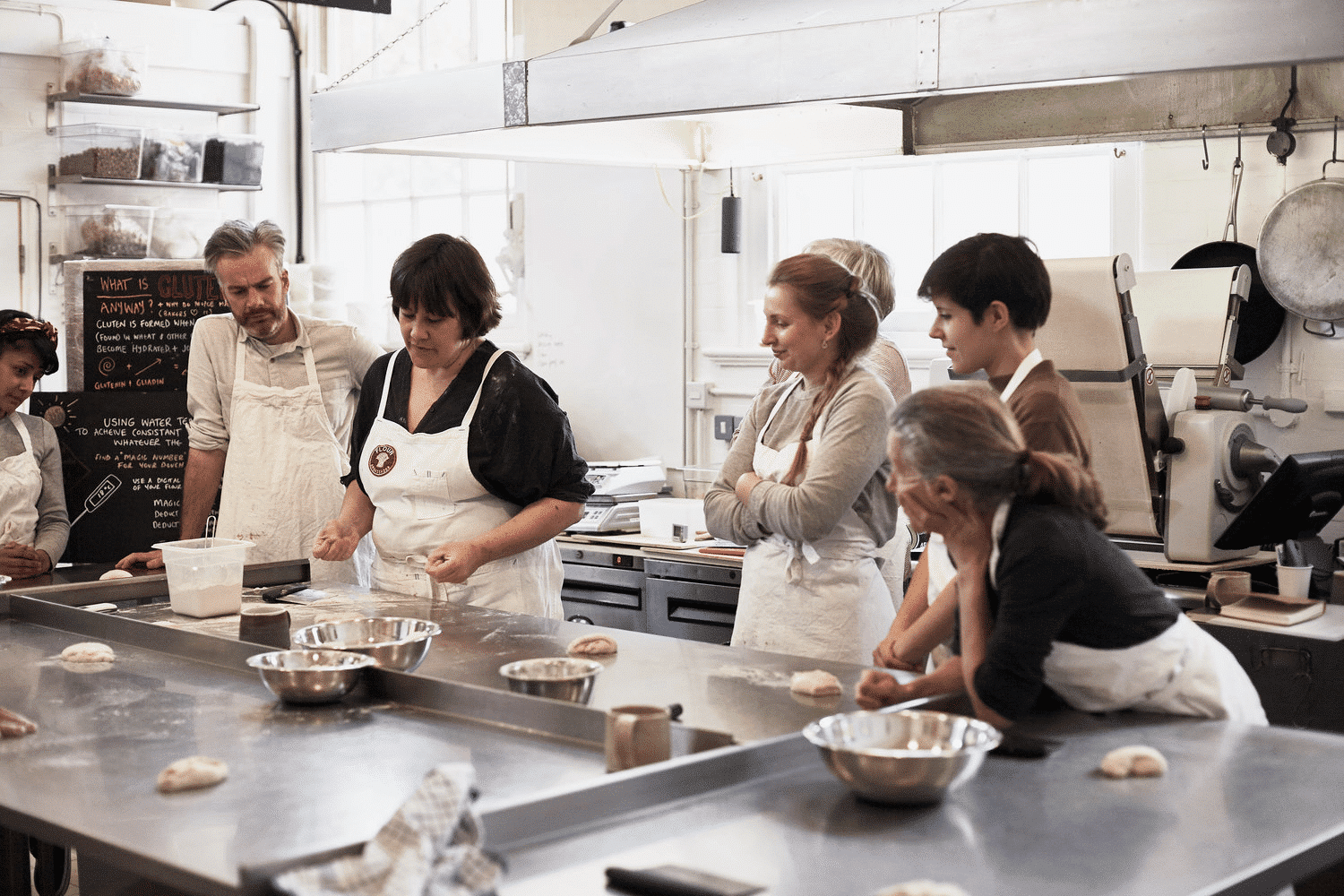 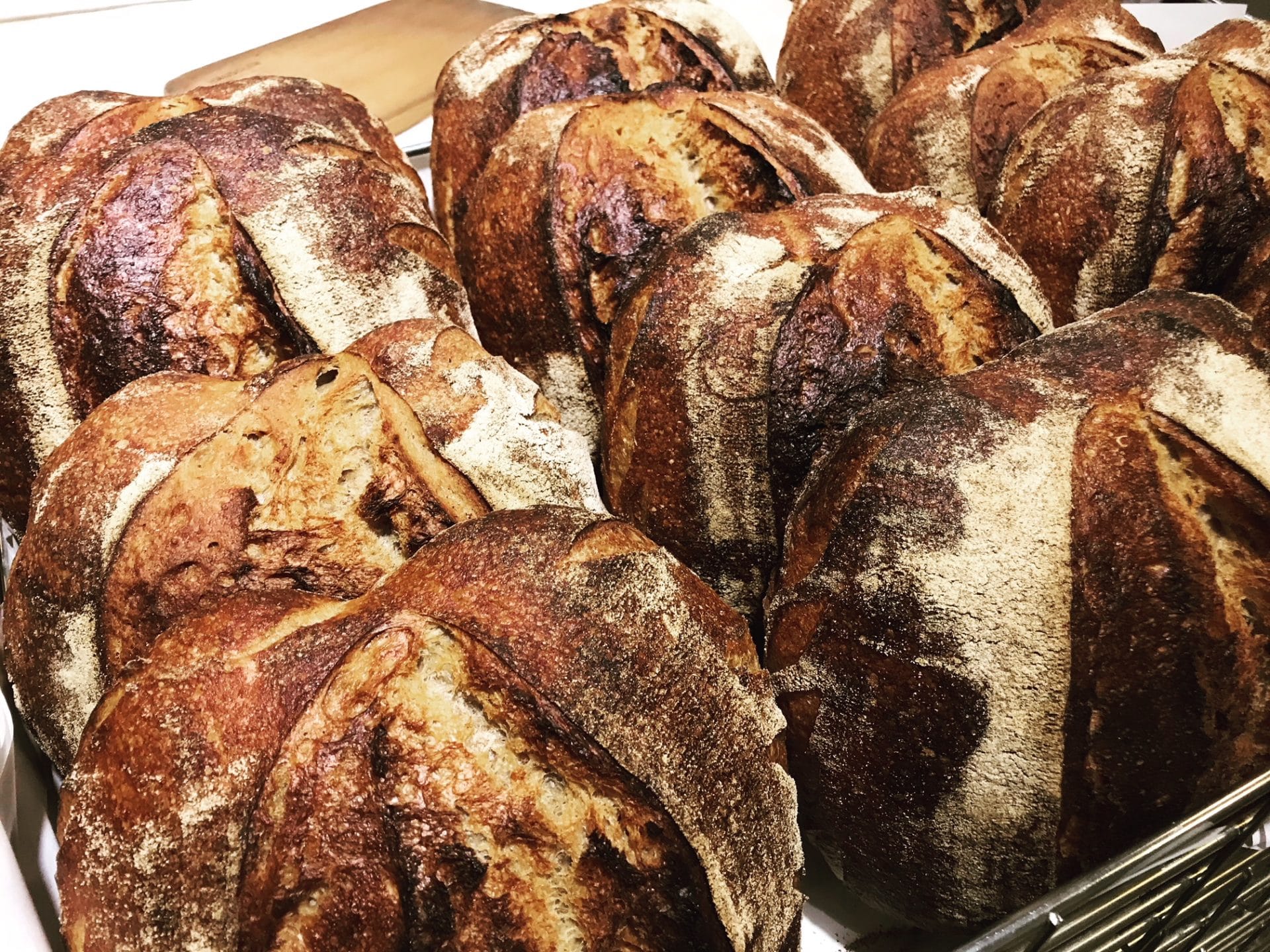 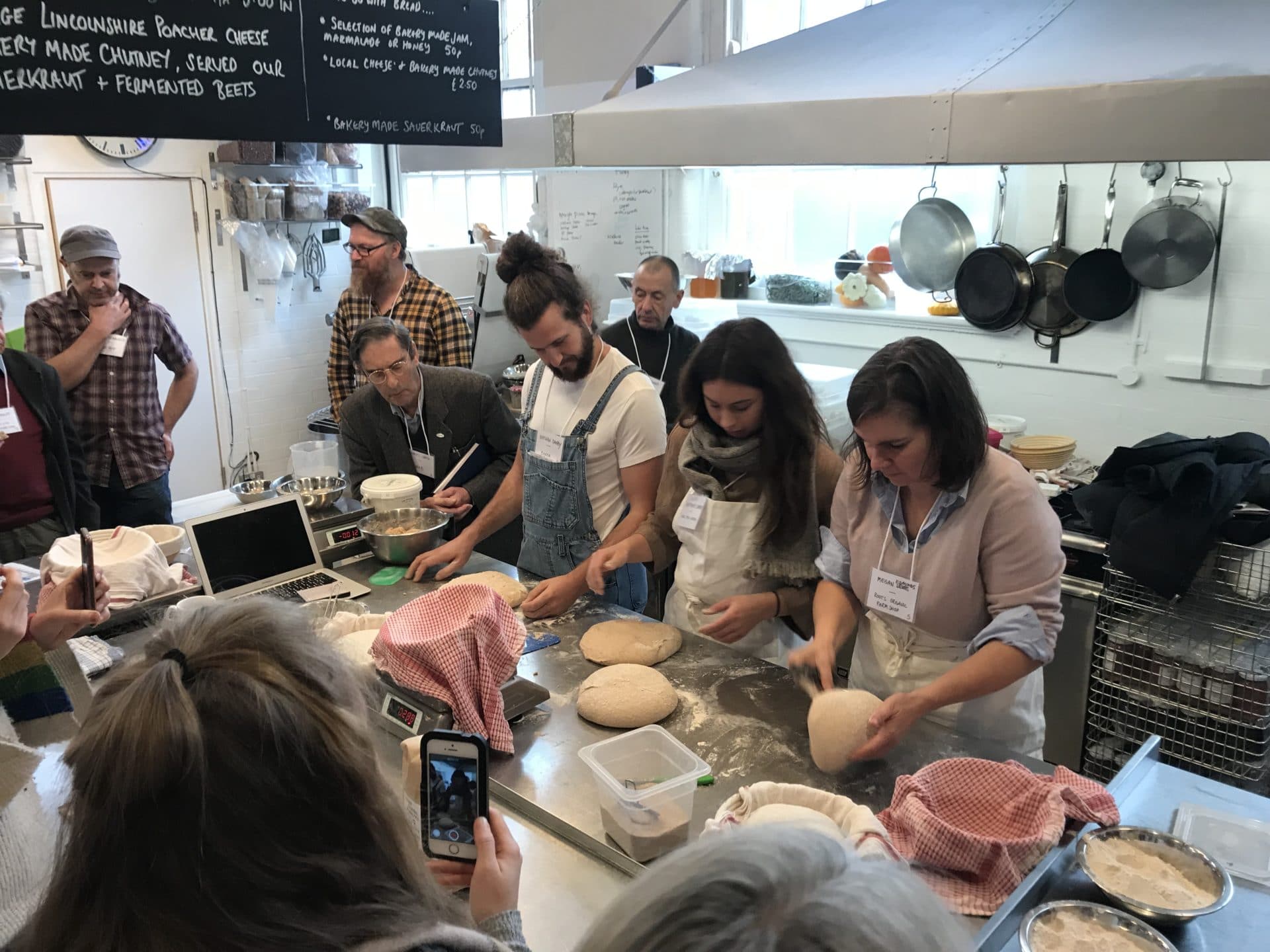 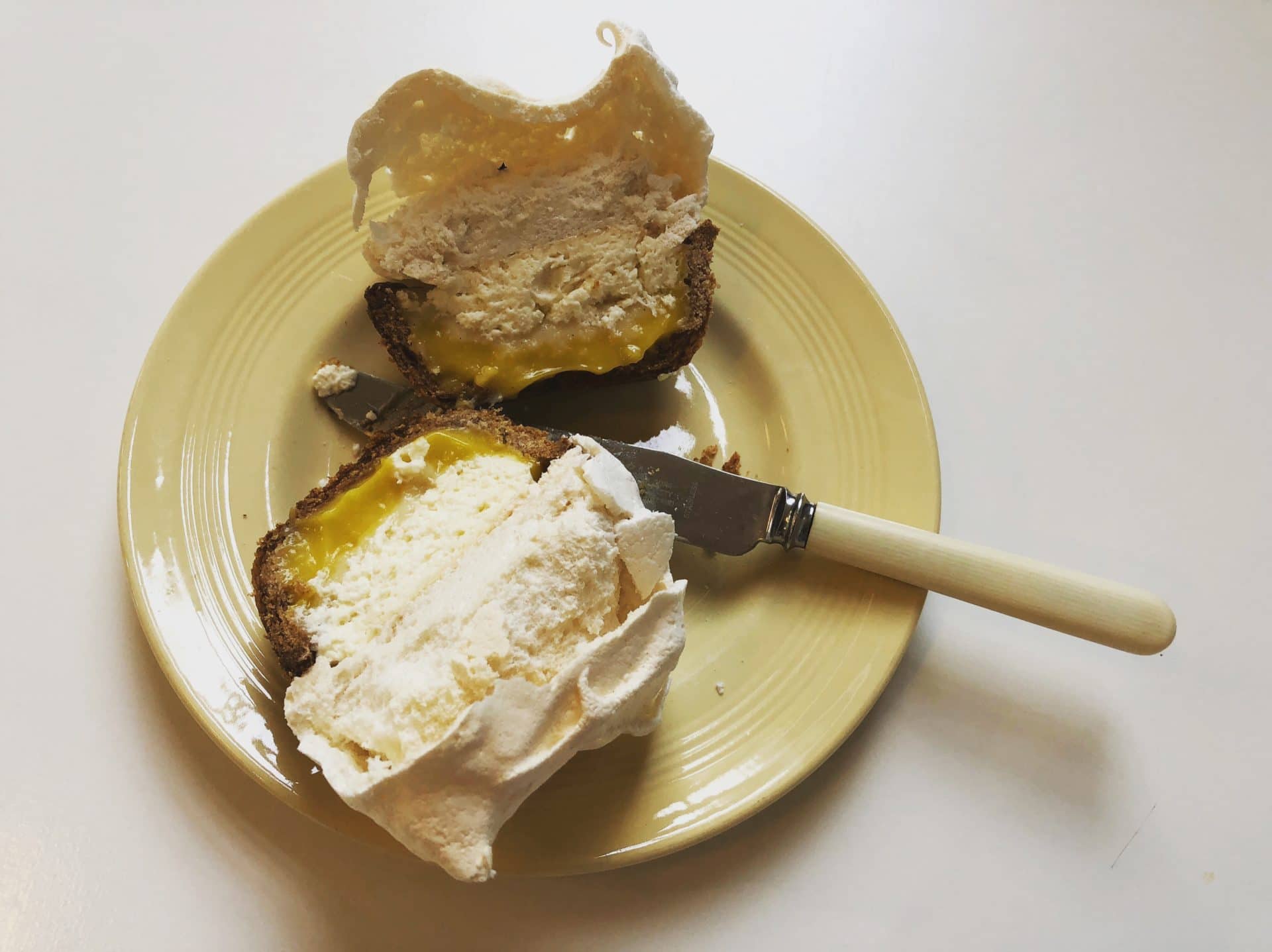 Thrift celebrates resourcefulness over wastefulness. Through art. Concerned with sustainability in the fields of art, design and fashion, the ongoing publishing and...
See more