LA Green Grounds makes the world more edible one garden at a time, and in doing so turns urban food deserts into healthier, more vibrant and more self-sufficient communities.

In 2013 Ron Finley opened up a now-famous Ted Talk with a concise description of his neighborhood, South Central Los Angeles. “Liquor stores, fast food and vacant lots.” It was largely thanks to Finley’s talk, almost a decade ago, that the mainstream media started talking about urban food deserts. But what are they? 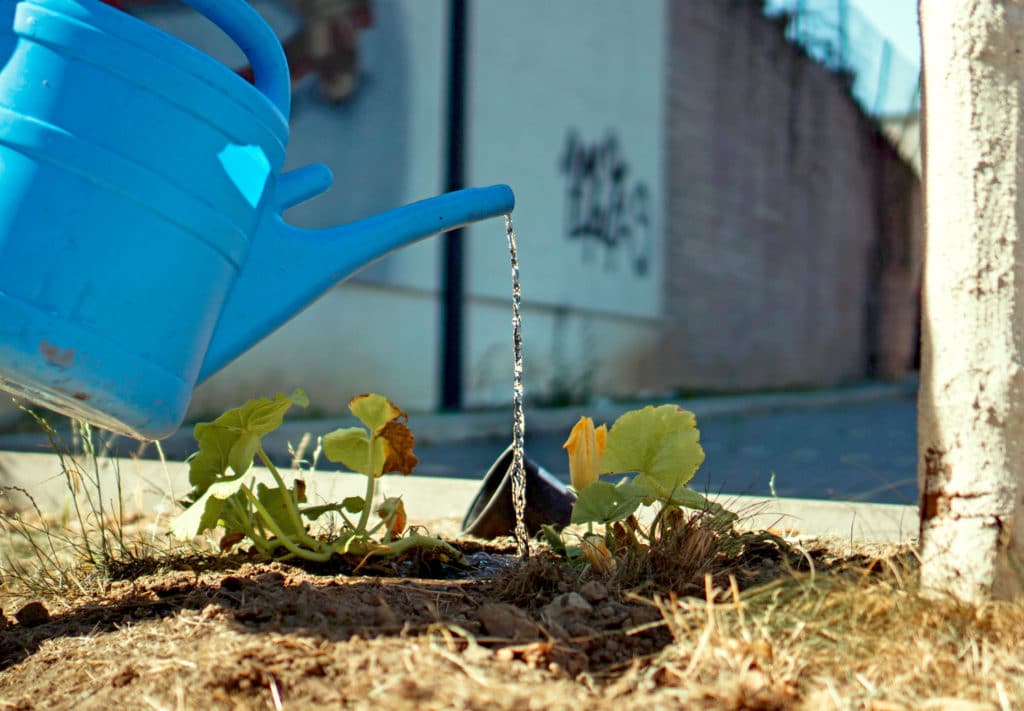 Urban food deserts are essentially the dangerous combination of poor neighbourhoods and low-income families with a shortage of decent supermarkets and an abundance of fast food chains and corner shops (processed food). The result, as you can imagine, and as city planners around the world should have decades ago, is a community with risky, unhealthy eating patterns and all the problems that accompany them: obesity, malnourishment, diabetes and so on. To give an idea of the scope of this problem, experts estimate that around 23 million people in the United States live in food deserts (some urban, some rural) and that almost half of them are low-income families or individuals.

Ron Finley was up on that Ted stage because he loves to garden. But before Ted-fame, back in 2010, he was passionate and wise enough to admit to himself that he needed to learn more. He ended up in a gardening class at the Natural History Museum taught by one Florence Nishida. One might say Florence was mildly obsessed with promoting healthier foods in urban food deserts through the creation of edible community gardens. 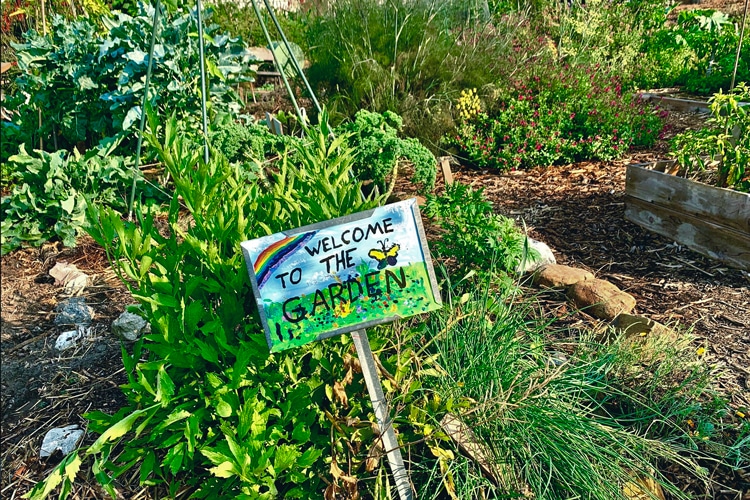 As the course wrapped up, Finley had the perfect place in mind for a new street-side, organic, open-to-all food forest and the two, along with other friends and Finley’s neighbours, got to work. In short order they had pulled up the shabby lawn from a narrow, rather useless “parkway,” as they’re called in Los Angeles, and turned it into a beautiful, edible community marvel. Children helped and learned. They then ate the fruits (literally) of their labour. “When kids grow kale, they eat kale. When they grow tomatoes, they eat tomatoes,” says Finley. Neighbours enjoyed and appreciated the greenery. And the poverty-stricken and hungry were invited to pick whatever they needed and, in doing so, were eating tomatoes instead of Taco Bell.

The rest of the story of that first, ground-breaking garden is a good one. Municipal bureaucracy reared its ugly head (‘zoning blah blah blah and no you can’t do that’) and almost took Mr. Finley to jail for growing plants taller than 36 inches, but in the end, and with a little help from the local press, green won out over grey and, just like that, LA Green Grounds was on the map.

By the end of 2013 they had installed 27 more edible gardens in collaboration with local communities, teaching and empowering along the way. They call these gatherings Dig-ins and while their volunteers still come along to help, they require clear community commitment and involvement before they’ll show up. These days they challenge the community to organize their own dig-ins with the help of a very thorough 29-page PDF that guides them through the steps needed to successfully rally the community, coordinate with a permaculture expert or master gardener, choose an adequate site, and so on.

With Florence Nishida still at the helm in 2021 (Ron Finley has since branched off on his own), LA Green Grounds have centralized their educational activities in their South Los Angeles Teaching Garden, where they show future urban farmers how they can take any Los Angeles lawn (there are way too many lawns in LA and there they are a horrible, water-guzzling, unsustainable concept that must be done away with ASAP) and convert it into yet another piece in the puzzle that will turn urban food deserts into healthier, more vibrant and more self-sufficient communities. 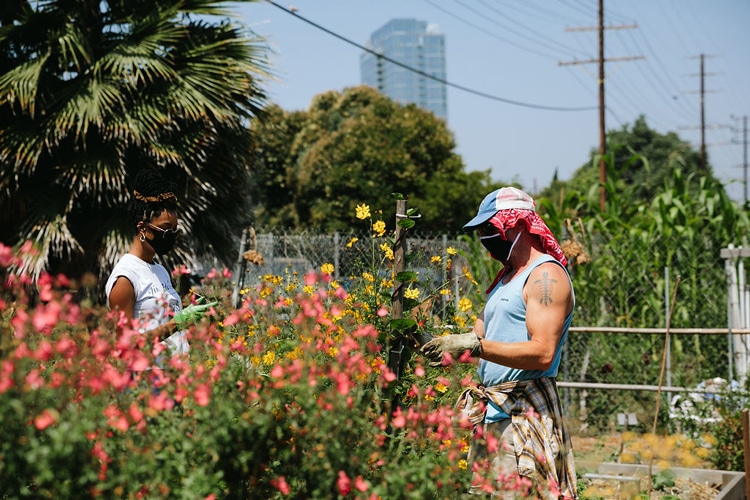 AtlasAction: If you’re not in the Los Angeles area the best way to help out is either making a donation, picking up this excellent t-shirt or using their Dig-In PDF to take action in your own community.  If you are in the LA area there are many more ways to get involved. It’s all here. 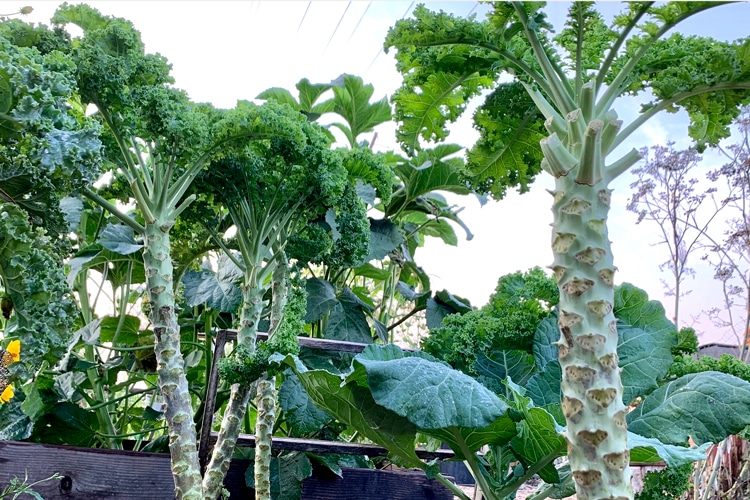 Joe is co-publisher of BCN Més, co-farmer at La Caseta Alta and co-producer of many a cultural event.

Eixarcolant is propelling us towards a future in which eating native “weeds” and cultivating local varieties of vegetables and forgotten...
See more
Share this project

Eixarcolant is propelling us towards a future in which eating native “weeds” and cultivating local varieties of vegetables and forgotten...
See more