Brooklyn Grange Farm is one of the largest rooftop farms in the world, and from high up in New York it provides fresh produce, shares knowledge, and even makes its own honey.

On a sunny day, if you want, you can head over to one of Brooklyn Grange’s three farms in New York City. There, you can walk alongside the trellised crops, where you might find leafy greens, tomatoes or peppers, eggplants, berries, tomatillos, cucumbers, and more. Like with most farms, you can also learn more about sustainable agriculture, and maybe go home with some produce of your own. 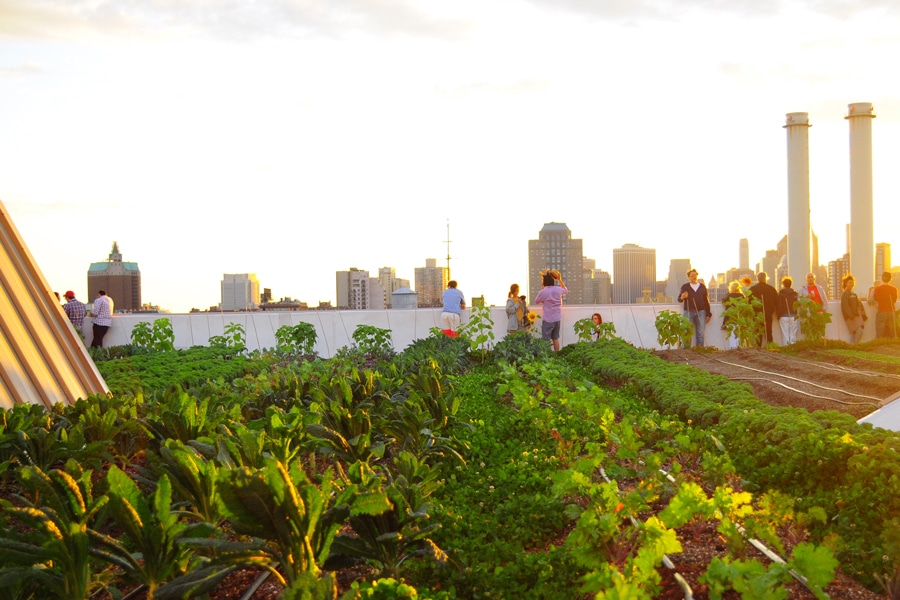 There is one difference, though. Brooklyn Grange grows food, holds workshops, even makes its own honey—all on urban rooftops. And this setup benefits the city infrastructure, New Yorkers, and climate change alike.

To combat global warming, it’s recommended to buy local and focus on a plant-based diet, but this is often more expensive. Meanwhile, food security and the loss of arable land are growing concerns. With half of the world’s population living in cities, how far food travels has also become part of the conversation on climate change.

“We have millions of people seeking fresh food and green space, living below thousands of empty roofs with full sunlight,” says Brooklyn Grange co-founder and CEO Ben Flanner in a press release. Brooklyn Grange was founded in 2010 by Flanner, Anastasia Cole Plakias, and Gwen Schantz to create a fiscally sustainable and scalable rooftop farming model. Now, it’s one of the largest rooftop farms in the world with a total 5.6 acres spread over two farms in Brooklyn and one more (its flagship location) in Long Island City.

Brooklyn Grange also help with city infrastructure. New York City struggles with a lack of green spaces, an aging sewage system that overflows when it rains, and high temperatures due to urban island heat effect. The rooftop farms are set up to absorb and use as much rainwater as possible, preventing it from entering the sewers. Meanwhile, the soil provides an added insulation to the buildings, shielding it both from heat and cold.

Brooklyn Grange calls itself a “triple bottom line company,” prioritizing people and the planet along with profits. They produce 100,000 lbs of fresh, local produce yearly. Of this, about 40% goes to farmers markets and wholesale clients like restaurants and buying clubs. The rest (approximately 60%) goes to its community supported agriculture (CSA) program, tied to its newly established equitable food distribution program.

In addition to the fresh fruit and veg, members can get fresh eggs, bread, mushrooms, cheese, cookie dough, microgreens, flowers, and herbal medicines. And, with the newly implemented sliding scale, people can pay above market-rate to make local and organic produce more accessible to the community. Brooklyn Grange believes that local and organically-grown produce should be a human right, and they credit Soul Fire Farm, Rock Steady Farm, and Zenger for inspiration and guidance in creating the model. 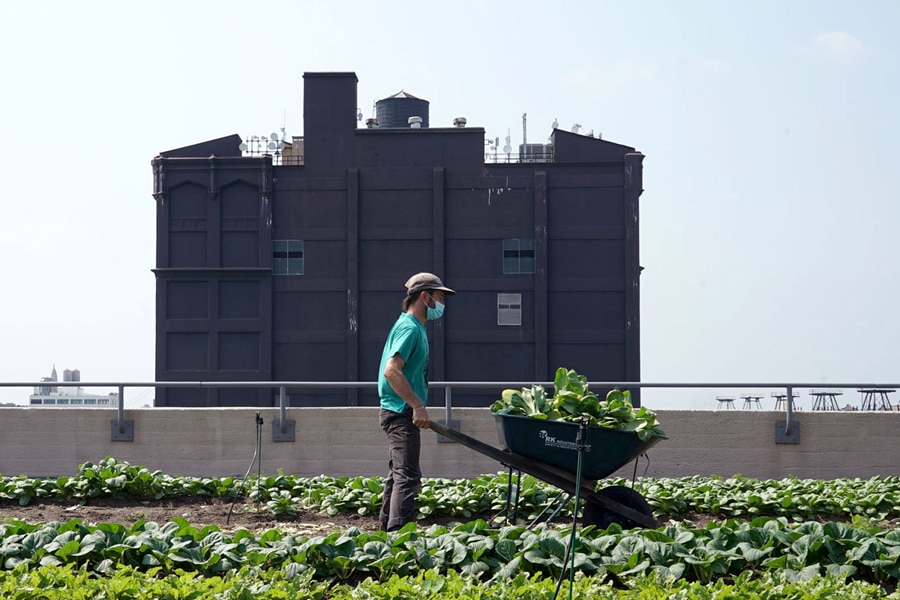 To grow its food, Brooklyn Grange uses natural farming practices with as little human intervention as possible. They fine-tuned their soil health, which they help maintain by growing cover crops in the winter. They use compost made from New York food waste to fertilize their farms, and practice crop rotation to avoid nutrients depletion.

And the farm wants to share their knowledge, too. Through a variety of on-site and virtual workshops, they touch on subjects like reducing food waste and hydroponic design, provide a K-12 grower workshop, and help train refugees in collaboration with the Refugee and Immigrant Fund. They hold farm tours and private events, provide sustainability consulting services, and help design, install, and maintain green spaces. They also produce their own honey—a practice beneficial to bees, cities and breakfasts worldwide.

Brooklyn Grange is hopeful about the future. Co-founder and CRO Gwen Schantz says, “New Yorkers have come to realize that you don’t have to give up a connection with nature,” adding that most are starting to seek out green spaces. And, they may start to find more and more of it: just recently, the city passed local laws requiring new roofs, or those undergoing construction, to be covered in either solar panels or a green roof system. 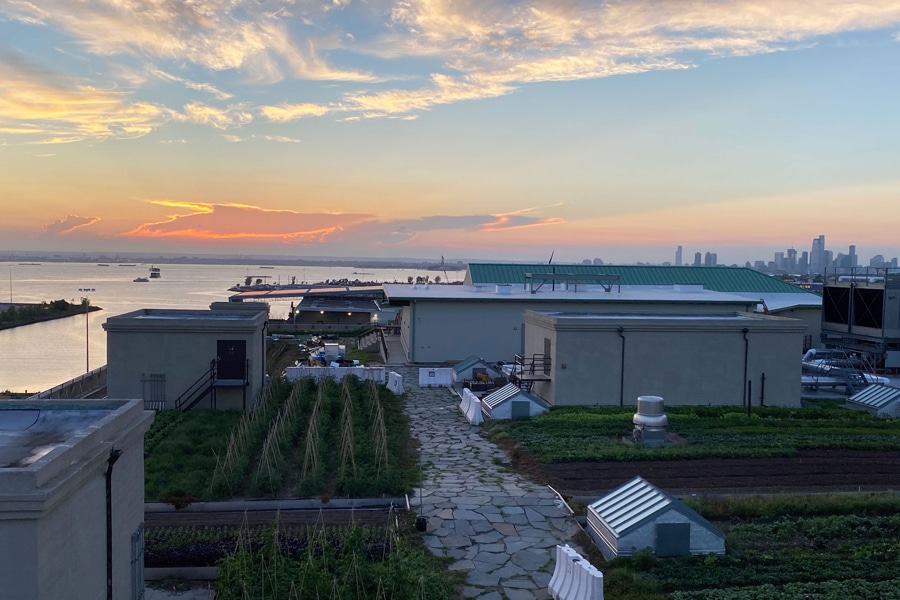 AtlasAction: Those in New York can buy tickets to a workshop, event, a farm dinner, or attend a ticketed farm tour, which will be starting up again between May and June. Those elsewhere, meanwhile can book a virtual tour, avail of one of their virtual events, or buy their merchandise or donate!

Farming in the dark

Agriledger is turning the supply chain upside down. Now, smallholder mango farmers in Haiti can sell their produce directly in...
See more

Setting up the rooftop farm

Farming in the dark

Agriledger is turning the supply chain upside down. Now, smallholder mango farmers in Haiti can sell their produce directly in...
See more