Cycloponics breathes new life into France’s underground car parks where they farm organic mushrooms, endives and microgreens right under the feet of the city dwellers.

Back in the 1960s and 70s, Paris decided it couldn’t have too many parking lots. New builds were obliged to provide ample underground parking space to each and every resident. Fast forward to 2021, and many people are eschewing their cars for greener alternatives. The air is grateful, but what became of those spaces? Abandoned, lonely, unloved…until now. Meet Cycloponics, the team breathing new life into France’s underground car parks – with mushrooms.

An underground mushroom network? Some kind of risotto-based black market? Not quite. 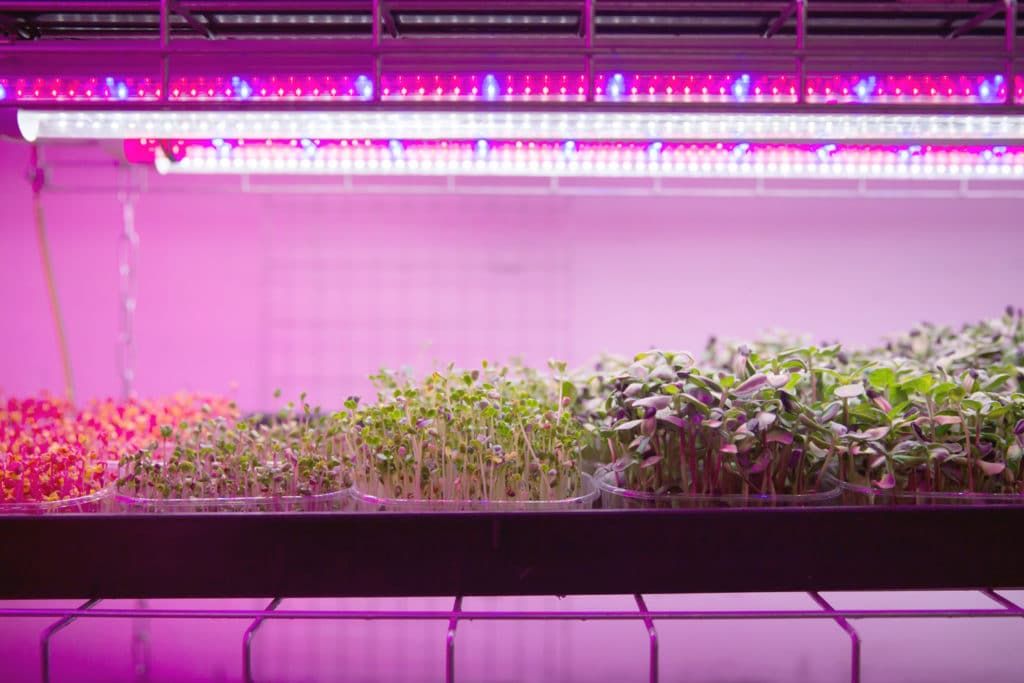 “I knew I wanted to be a farmer, which means finding space in the city!” says Cycloponics co-founder, Jean-Noël Gertz. In 2017, he set out on a quest to find the perfect location. Stumbling upon a series of unused parking lots, he decided to create a unique crop cultivation space. Now entering its fourth year of production, the project has continued to shoot up from its roots, with active locations in Strasbourg, Paris, and Bordeaux. 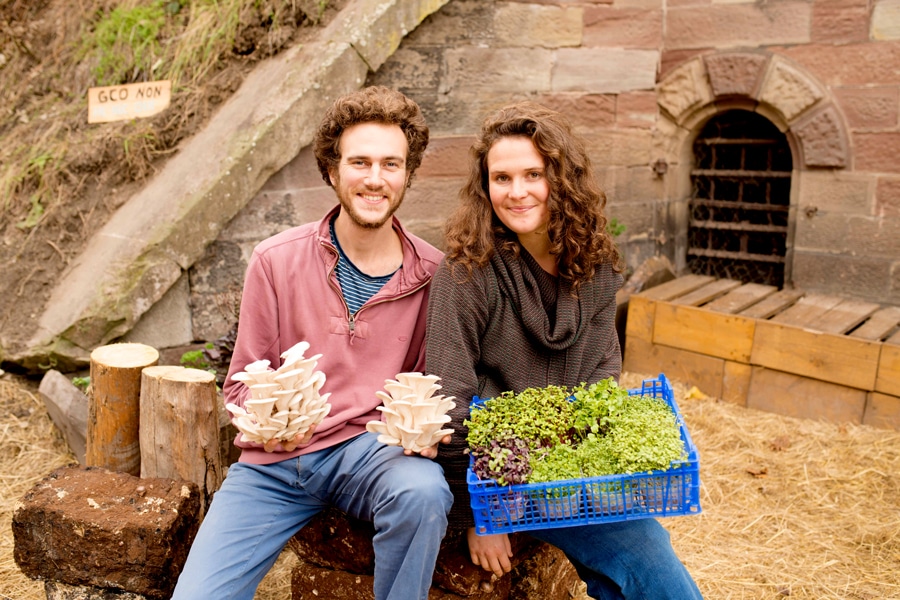 Of the three sites, La Caverne is perhaps the jewel in Cycloponic’s crown. With support from urban agriculture programme, Les Parisculteurs, Jean-Noël, his co-founder Theo Champagnat, and their small team have been able to transform this underground parking space into a miraculous organic city farm. Over 3,500 m² of agricultural awesomeness, and not a single tree lost in the process.

Originally trained as an HVAC engineer, Jean-Noël was drawn away from the delights of air conditioning units by the temptation of growing mushrooms, a cultivation process that he describes as “magical”. Indeed, the stacks of mushrooms huddled together in La Caverne are a strangely precious sight to behold – a secret woodland tucked away beneath the city’s raucous hustle and bustle. The farm isn’t limited to shiitakes, though.  “We grow organic and local food, with a very low carbon footprint,” explains Jean-Noël. Different sections of the farm house a variety of other crops, including endives, and microgreens. 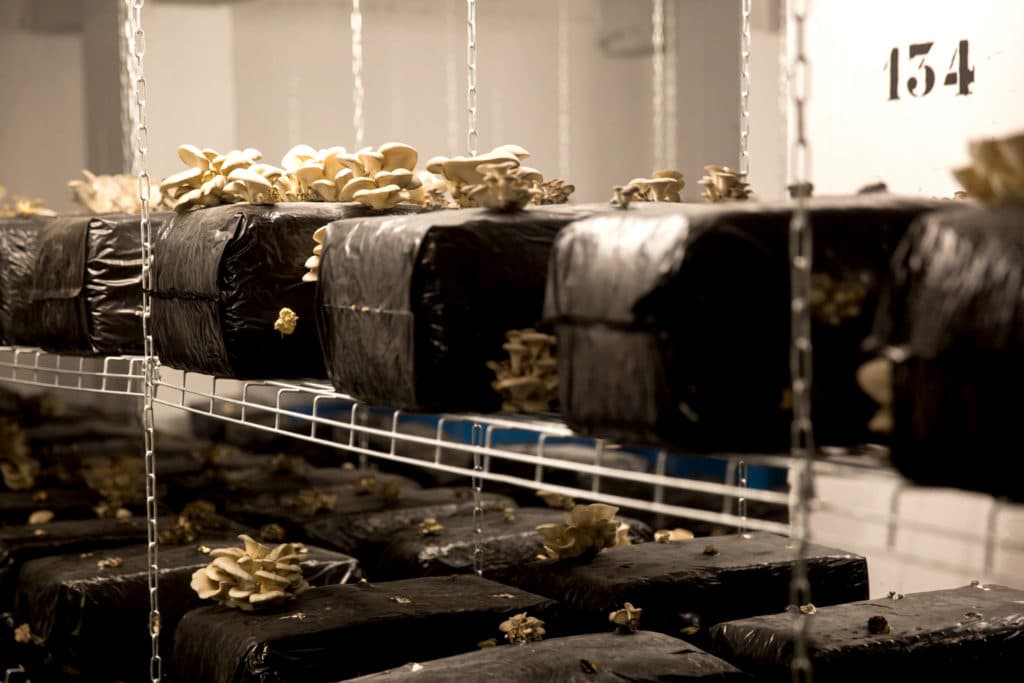 With a relatively steady temperature at around 19 degrees celsius, the underground car park offers the perfect climate for cultivating both mushrooms and many other crops, without the additional environmental costs of installing and running heating or cooling systems.

The shadowy atmosphere also works to the farmers’ advantage, as mushrooms require little light to grow. Endives – the goths of the vegetable world – can sprout entirely in the dark. An energy-efficient LED system takes care of the microgreens. All of the vegetables grown in the space are also drought-resistant, which helps to reduce water consumption. Fans have been installed to simulate a breeze effect, ensuring that the plants develop resistance and grow to be stronger. 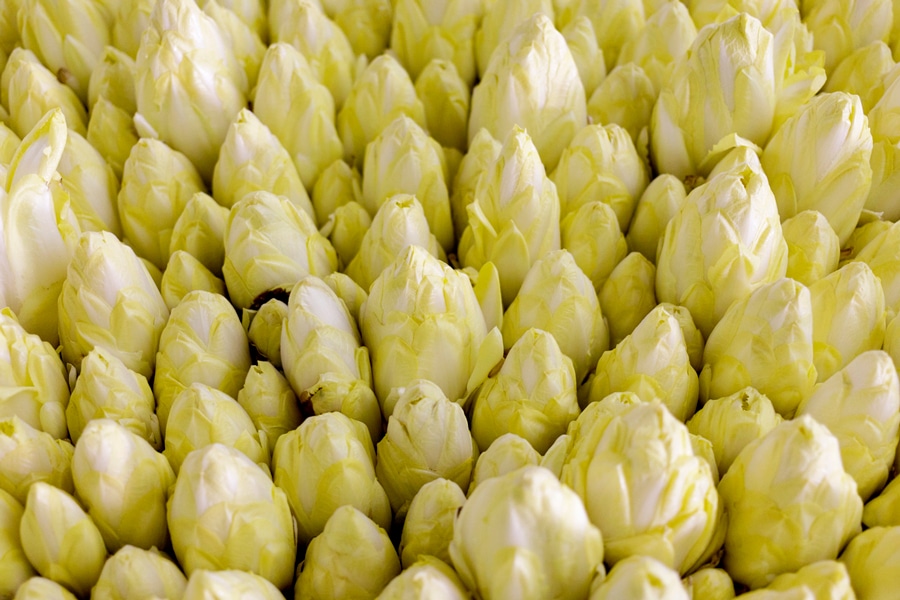 In addition to keeping an eye on the electricity bill, Cycloponics demonstrates a tenacious dedication to natural farming methods. Pesticides are anathema, and there’s no room for synthetic fertilisers. Instead, the team draws on permaculture techniques, particularly vermicompost, championing the worms they describe affectionately as “our allies”. The critters break down leftover vegetable matter to create fertiliser, which then goes back into the trays in order to boost the next round of seedlings.

Once ready, the crops are harvested, placed in a trailer, and delivered to local restaurants by bike the very same day: zero-carbon logistics and freshness guaranteed, all thanks to shortened travel distances. With so many sustainable boxes ticked, the sky (or rather, the depths) must surely be the limit, right?

Unfortunately, not all crops settle in so well underground. An experiment with tomatoes proved to be a short-lived disappointment, while potatoes and root vegetable crops are a no-go due to their extensive soil needs. Nevertheless, “the public’s response has been amazing”, and demand for the farm’s produce is on the rise.

And the benefits of Cycloponic’s projects are not limited to greener lunches and dinners. The startup has made an effort to raise the profile of La Chapelle, the struggling district in which it is situated. “To create sustainable jobs is a great achievement”, beams Jean-Noël, highlighting the employment opportunities created through the project’s farming and delivery. 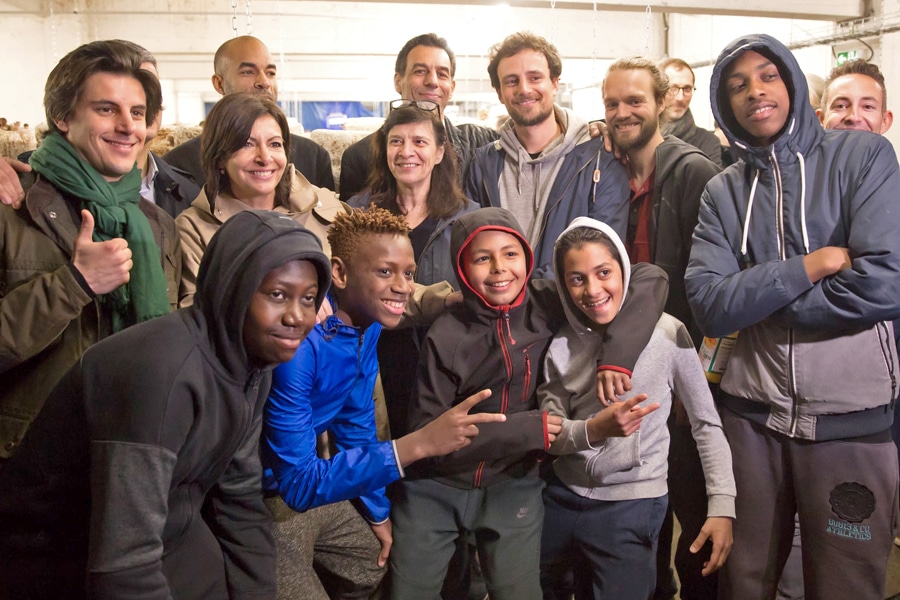 Local involvement is crucial to the project, and the space is open for educational visits, both for schools and residents of the district, to learn more about plant cultivation. It’s a fantastic, easily accessible opportunity for city kids (and grown-ups) to see how their food starts out before it hits the supermarket.

La Caverne has also welcomed other sustainable initiatives into its space. Nestled between various other contraptions and containers are boxes of spirulina, a superfood algae heaving with vitamins and minerals. These sprouts belong to a different startup, and have found a temporary home here before being delivered.

Cycloponic’s influence has also spread beyond its origins. “Seeing other people starting projects inspired by my job is something I am very grateful for.” notes Jean-Noël, “A lot of people are creating mushroom farms.” Even with the COVID-19 pandemic yet to subside, the project’s own future shows no sign of taking a back seat: “We are opening seven other underground spaces. To grow Paris mushrooms [also known as button mushrooms], other exotic varieties, and few other surprises.”

AtlasAction: For those unable to create their own underground farm projects, but who still want to lend a hand, Jean-Noël has a clear message: “Buy local! Buy mushrooms!”

►Read more about farming and food.

Taking the sting out of apiculture

A rooftop farm grows in Brooklyn

Brooklyn Grange Farm is one of the largest rooftop farms in the world, and from high up in New York...
See more

A tour around La Caverne (French)

Taking the sting out of apiculture

A rooftop farm grows in Brooklyn

Brooklyn Grange Farm is one of the largest rooftop farms in the world, and from high up in New York...
See more