‘Citrus greening’ is caused by a bacteria that is spread by a tiny insect that feeds on the leaves and stems of citrus trees. Once a tree is infected, there’s no cure. The fruit becomes bitter and unmarketable. 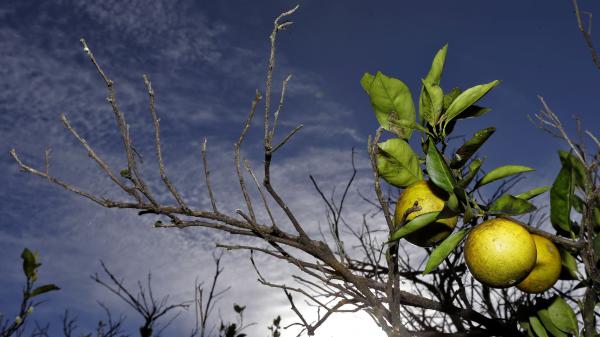 Meet Vera, Mira, Duster and more – the canine FutureHeroes who can detect it weeks to years before it shows up on tree leaves and roots: 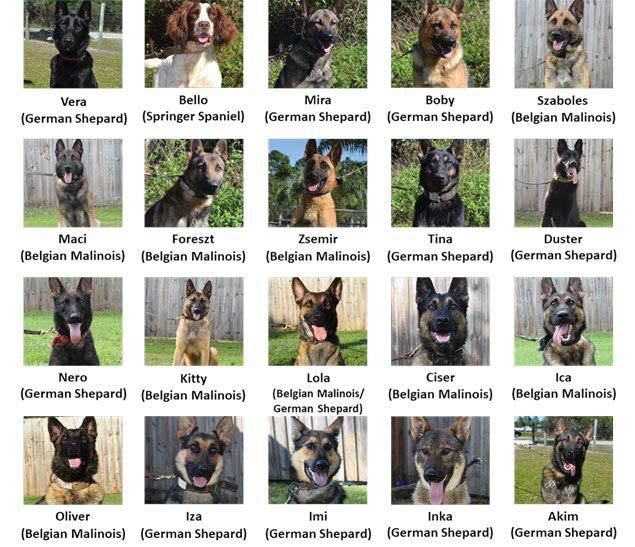 Scientists at the United States Department of Agriculture (ARS) have been training these dogs to sniff out the disease that has hit orange, lemon and grapefruit orchards in the US states of Florida, California and Texas. It has slashed the United States’ orange juice yields by more than 70 percent in the span of a decade.

“Huanglongbing – also known as citrus greening – is like a cancer,” explains Timothy Gottwald, a plant pathologist at the ARS Horticultural Research Laboratory. “One that’s metastasised, and can’t be eradicated or cured.”

Dog sleuths are faster, cheaper and more accurate than people collecting hundreds of leaves for lab analysis, according to the Proceedings of the National Academy of Sciences. Timothy discovered that dogs can be trained to sniff out that Candidatus Liberibacter asiaticus bacteria with greater than 99 percent accuracy. 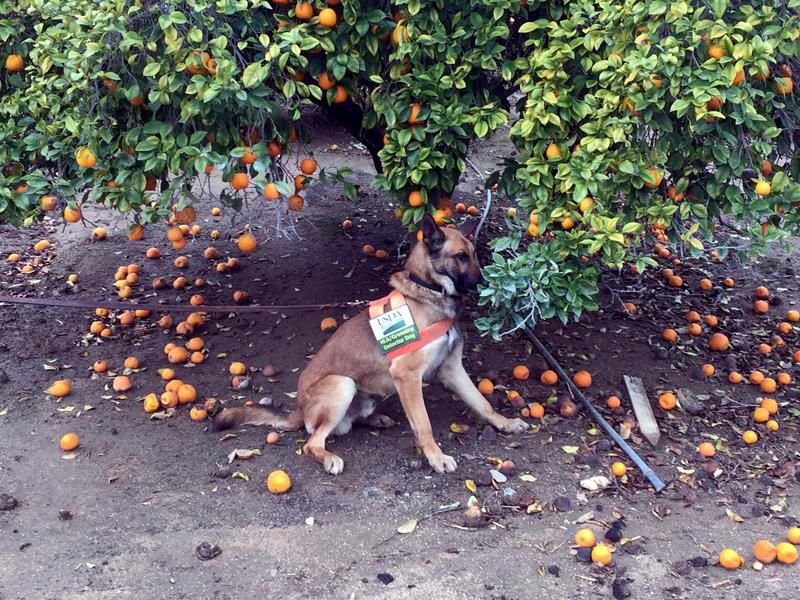 “The earlier you detect a disease, the better chance you have at stopping an epidemic” by culling infected trees, Timothy adds.

The new research elevates the study of dog sleuths in orchards from anecdotal to field-tested, showing that dogs can detect an infection well before current methods. Researchers infected a variety of unrelated plants with the bacteria in a laboratory. These dogs were still able to pick out the infected plants.

The training is similar to that of explosives sniffing dogs, in which the dogs are taught to recognise a particular odour and to sit down next to the source once found. The dogs are rewarded with play time with a toy. However training is more extensive and specific because the dogs are trained to detect a bacteria infecting a plant, and the two cannot be separated. 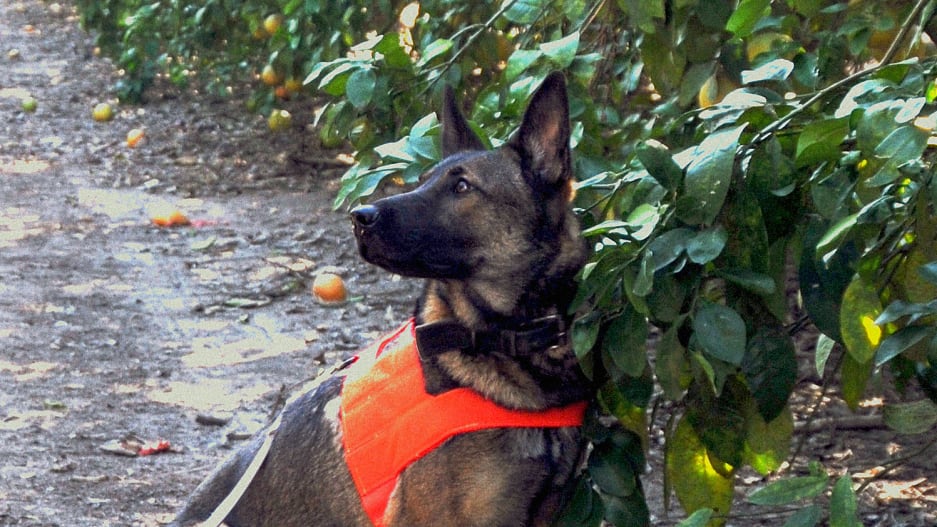 So far, Timothy’s programme has trained 19 dogs obtained from European breeders of detection canines because of their keen abilities and drive: “You’ve seen dogs working in airports, detecting drugs and explosives,” he adds. “Soon you will see them working on more farms.”

While exciting, the team’s ‘dog-nostic’ developments ultimately underscore just how distant we still are from understanding a lot of the processes that are going on with this disease. But with more collaboration and multidisciplinary work, we’ll keep heading toward solutions.

► Watch Bello, a springer spaniel, investigating citrus trees, with her nose. When Bello smells an infected tree, she sits and refuses to move until she gets a toy.

Dino Impagliazzo dices onions like a master chef and makes a mean vegetable soup – but most of his loyal...
See more 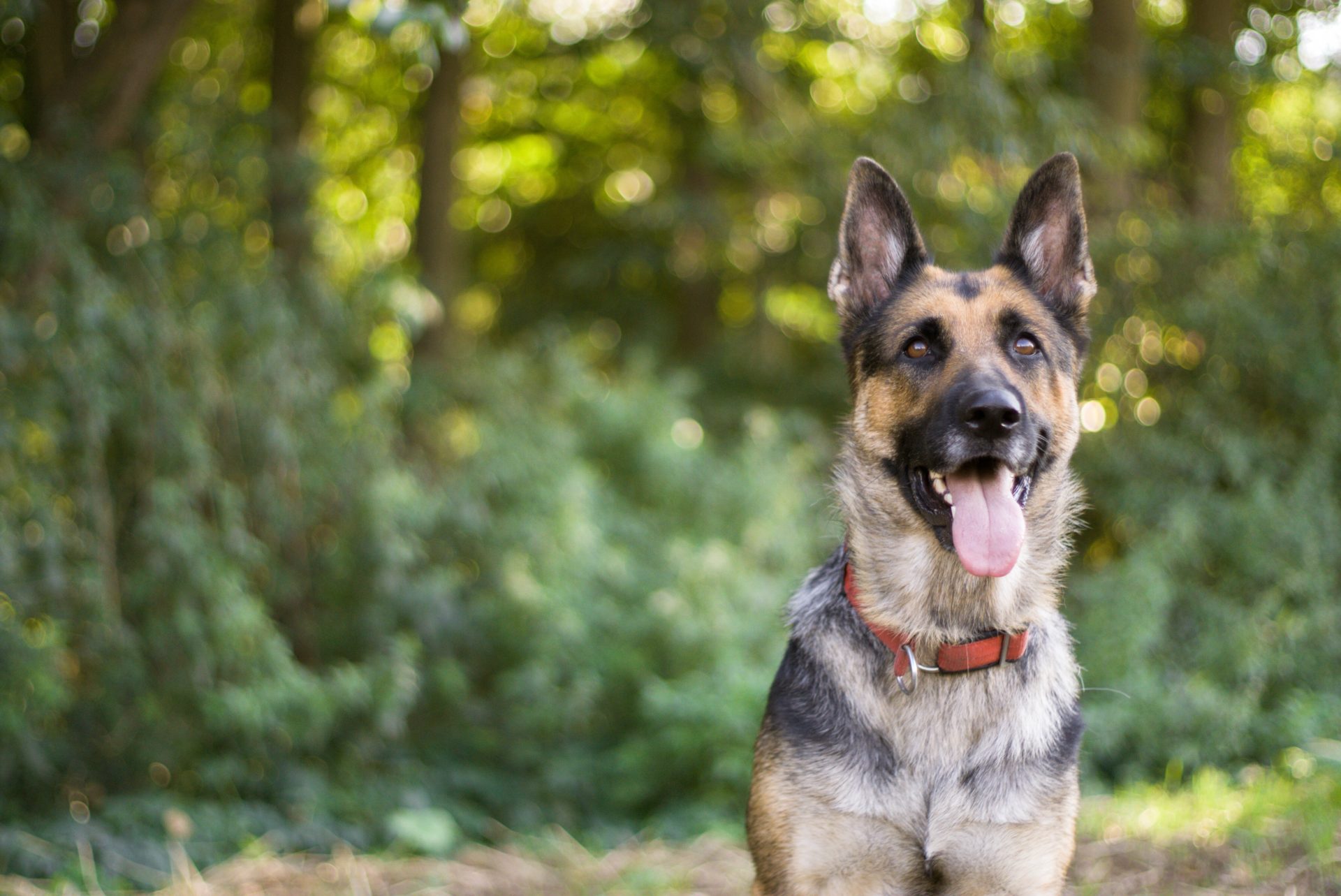 Dino Impagliazzo dices onions like a master chef and makes a mean vegetable soup – but most of his loyal...
See more