Dino Impagliazzo dices onions like a master chef and makes a mean vegetable soup – but most of his loyal ‘customers’ can’t afford to buy even a bread stick.

Sprightly despite his 90 years, Dino is known as Rome’s “chef of the poor”. 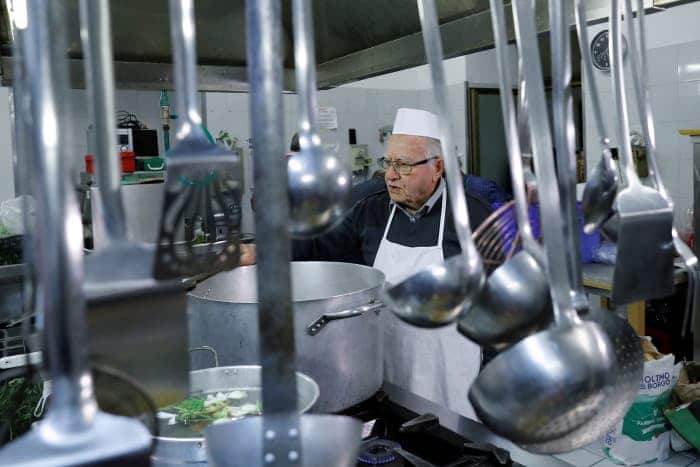 In Italy’s capital Rome, there are around 8,000 homeless people. Half of them find temporary shelter overnight, but the rest sleep on the streets.

Three days a week, Dino and – other volunteers of the RomAmoR (RomeLove) nonprofit association he founded – make the rounds of food markets and bakeries for contributions from retailers who help him live out his dream of feeding the homeless.

It all began in 2006 when a homeless man at a Rome train station asked him for money to buy a sandwich.

“I realised that perhaps instead of buying one sandwich, making some sandwiches for him and for the friends who were there would be better, and thus began our adventure,” he said. Retiree Dino started the initiative under the name Quelli del quartiere (Italian for ‘The neighbourhood people’). Someone prepared the sauce, someone else cooked pasta, others ordered some sandwiches at the local markets. 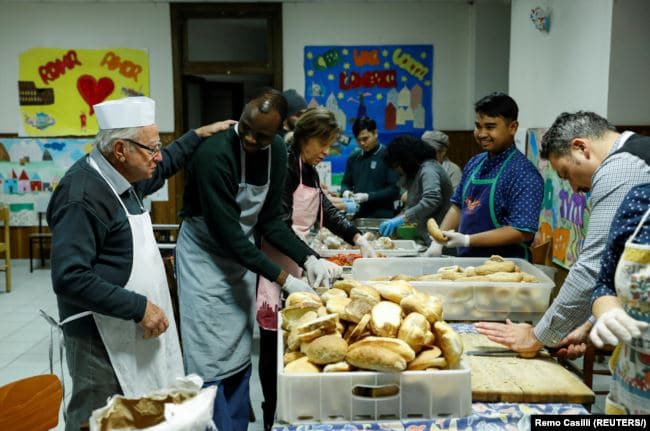 Today, the RomAmoR volunteers cook the food on the other four days of the week and serve it in various places in the city, mostly near train stations – where people from Pakistan, Morocco, Poland, Italy, Romania, Afghanistan and Tunisia all come together to donate time to others.

“We try to involve more and more people so that Rome becomes a city where people can love each other, you know?” he said while preparing soup in a professional kitchen. “It’s solidarity”.

On Saturday nights, they set up under a portico outside St. Peter’s Square to feed the growing number of homeless who sleep in the area, where Pope Francis has also opened medical and bathing facilities for them.

Dino, who once worked for Italy’s social security department, launched his mission to feed the needy with a handful of fellow pensioners. They quickly graduated from making sandwiches to cooking hot meals, first at home and then in a convent, and the group now numbers 300 volunteers, both young and old, and uses its own fully equipped kitchen. It delivers about 32,000 meals annually, according to its website. For Dino, there’s always room to grow.

Dino, who received a honorific award from Italian President Sergio Mattarella recognising him as a ‘hero of our times’, never dreamed his initiative would become so successful, or generate such good will.

“I am happy, because we never tell anyone ‘we don’t need you tonight’,” he said. “They stay among us.”

AtlasAction: Learn how to donate to RomAmor here.

These dog detectives sniff out disease 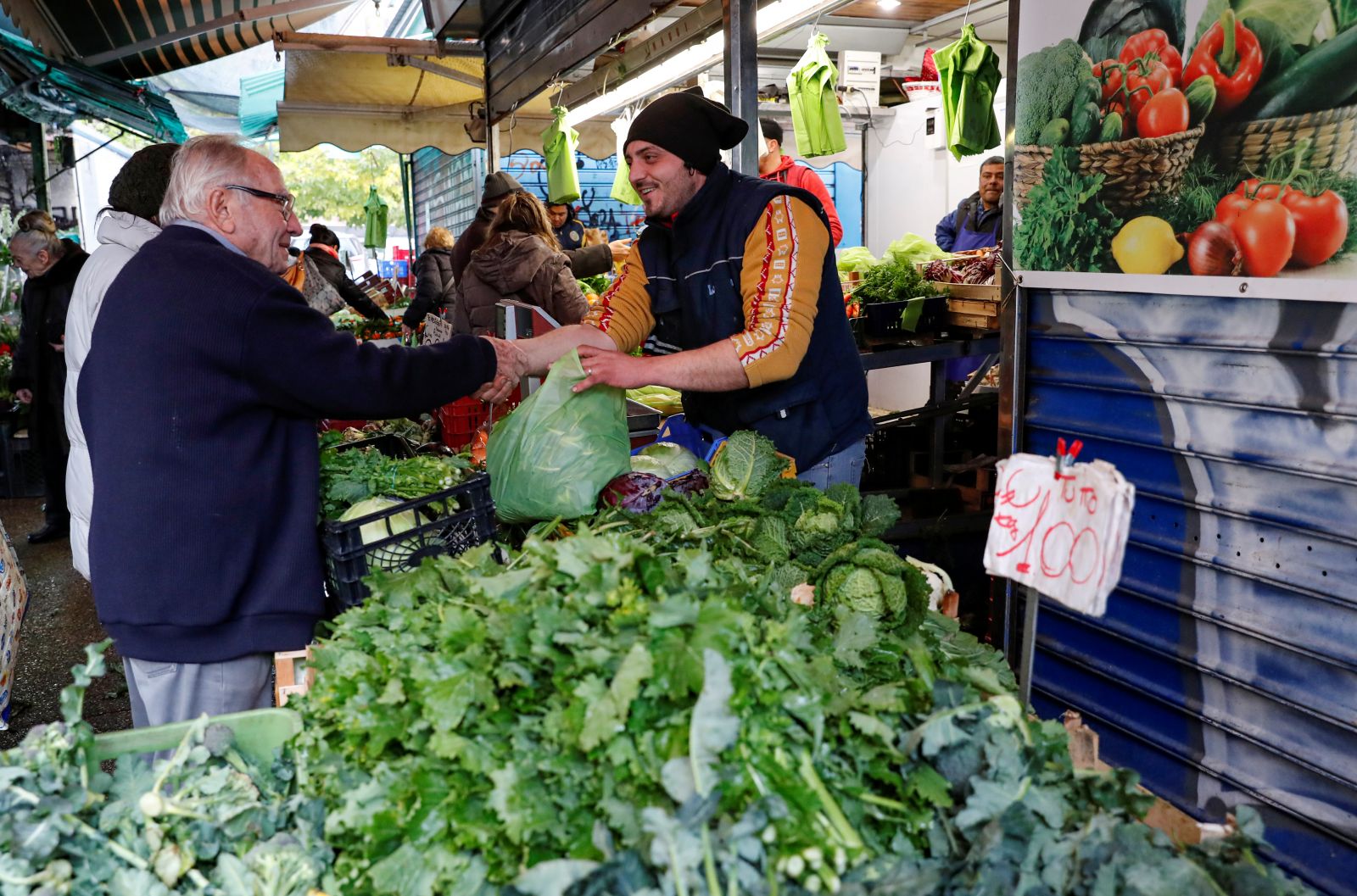 These dog detectives sniff out disease