Solar Foods is one of those mind-blowing future-food incubator stories that can save any dinner conversation – and perhaps even an entire planet from overheating. Win-win, right?

Here’s the question for your yawning dinner guests – and for the remaining 8 billion people who share this planet: “Did you know that a Finnish startup can produce protein from ‘thin air’?”

If you ask Solar Foods’ CEO Dr. Pasi Vainikka, it all began way back, when humans first discovered fire, and then farming and, eventually, fossil-fuel based fertilizers “that allowed for skyrocketing yields per hectare”.

To summarise the argument quickly, those amazing yields paved the way for the industrialisation of agriculture and livestock farming, which in turn led to an ever increasing demand for animal proteins, to the mass production of soy, to the mass destruction of arable land and forests, and finally, to a planet on the brink.

However, Solar Foods proposes a new and happy end to the story: cellular agriculture. In short, Dr. Vainikka and his CTO Dr. Juha-Pekka Pitkänen farm single-cell organisms to produce high-protein food ingredients. You could also call it gas-to-protein conversion made possible by the rapid advances in biotechnology in recent years, or simply FFF for Fancy Finnish Fermentation (if you feel that you’re losing the attention of the dinner crowd, that is). Dr. Vainikka has coined it “the bioprocess” to emphasise its organic nature. It is high-tech, lab-based and, as strange as it may sound, no longer soil-bound. As Dr. Pitkänen puts it, “we are liberating food production from the constraints of agriculture”.

“With Solein production, you don’t need, for example, sugar at all and you are not dependent on arable land, climate or the weather. Any of the things we associate with growing food from soil. You can continue producing food anywhere, anytime, as long as you have renewable energy. This fascinates me the most.” Dilek Ercili-Cura, senior researcher at Solar Foods

Here’s how the no-soil, “thin air” approach works: extract water from the air and apply electricity (in this case renewable) to split it into H2 and O. Keep the hydrogen. Take CO2 from the air (there is too much around anyway, nobody will mind). Collect microbes from Finnish forests, screening for the ones that will produce a nutritious protein (a lengthy process as there are many of them). Add ammonium (that part is a bit tricky because it requires nitrogen but Solar Foods say it can be captured from the air as well). Now, let them all mingle in a bioreactor (a.k.a. fancy fermenter) so the microorganisms merrily multiply, turning the carbon and hydrogen into protein. 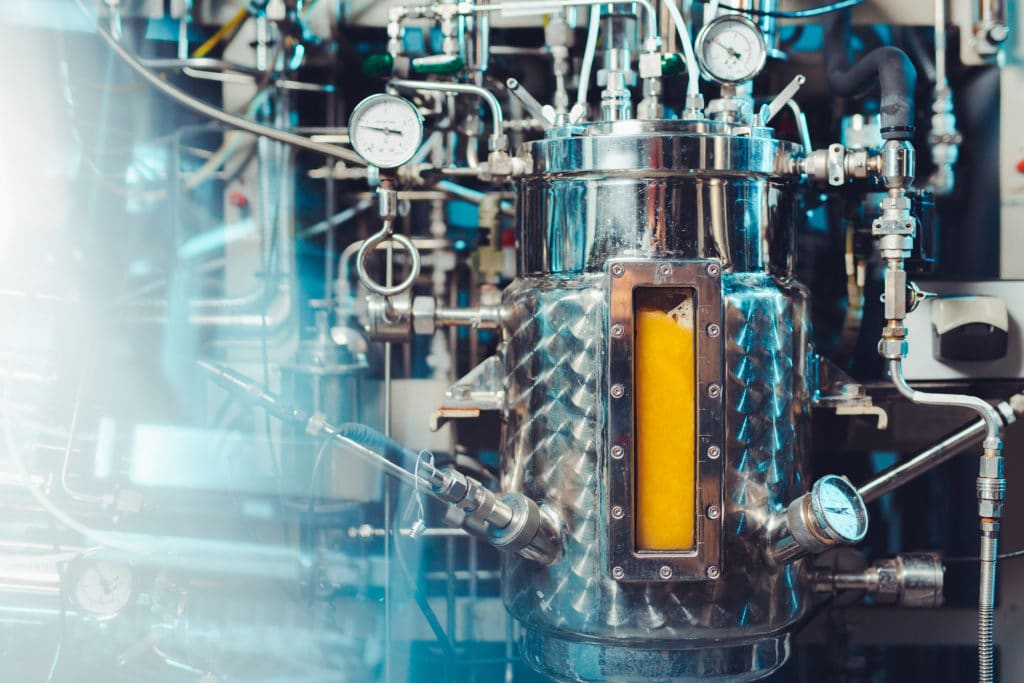 The result is many single-cell organisms that are 65-70% protein. Isolate the Solein (Solar Foods’ proprietary name for their nutrient-rich microbes) from the rest of the slurry by sending it through a separator and then on to a dehydrator. Yes, that requires energy, too. Once dry, grind the Solein into a powder that can be added to pretty much any meal. 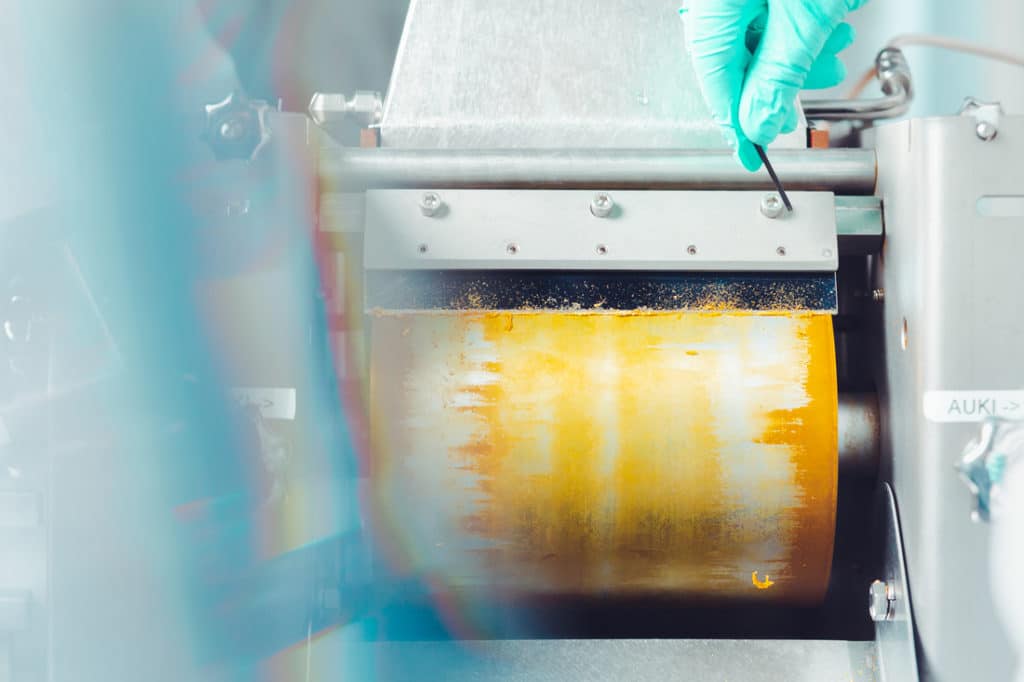 Founded in 2017 in Helsinki, Solar Foods was built upon the research of two Finnish universities. The startup has raised no less than 30 million euros in public and private investment from September 2020 to April 2021 to leave the lab and scale up production. They’re already building a demonstration facility that includes an exhibition space and future-food bar and Dr. Vainikka hopes that it’ll open its doors to the public in 2023.

Major challenges that still lie ahead include obtaining Novel Food status, the licence to sell Solein to consumers but “when the demo starts operations, we expect to have regulatory approval”, says the optimistic CEO. And marketing such a novel food to the consumer is no small challenge either. If consumer acceptance wasn’t an issue, we would all be eating insects for breakfast by now.

Still, it seems that these are mere details compared to what has already been achieved: the bioprocess is 10 times more efficient than photosynthesis and an estimated 100 to 300 times more sustainable than meat production (until they’ve scaled into commercialisation this is a difficult number to pin down). It takes a fraction of the water necessary for conventional protein production (one tenth of the water used in soybean protein production, for example) and, of course, it requires no arable land whatsoever.

So, what does the CEO of Solar Foods see when he closes his eyes and thinks about tomorrow? “I see only blue ocean. We can influence the future.”

The Dinner Table Addendum
But what does it taste like?
The protein powder has a yellow colour and tastes a little bit like carrots because of its high carotene content. Think of it as a powerful ingredient in nutritional terms and as a rather negligible ingredient in culinary terms. 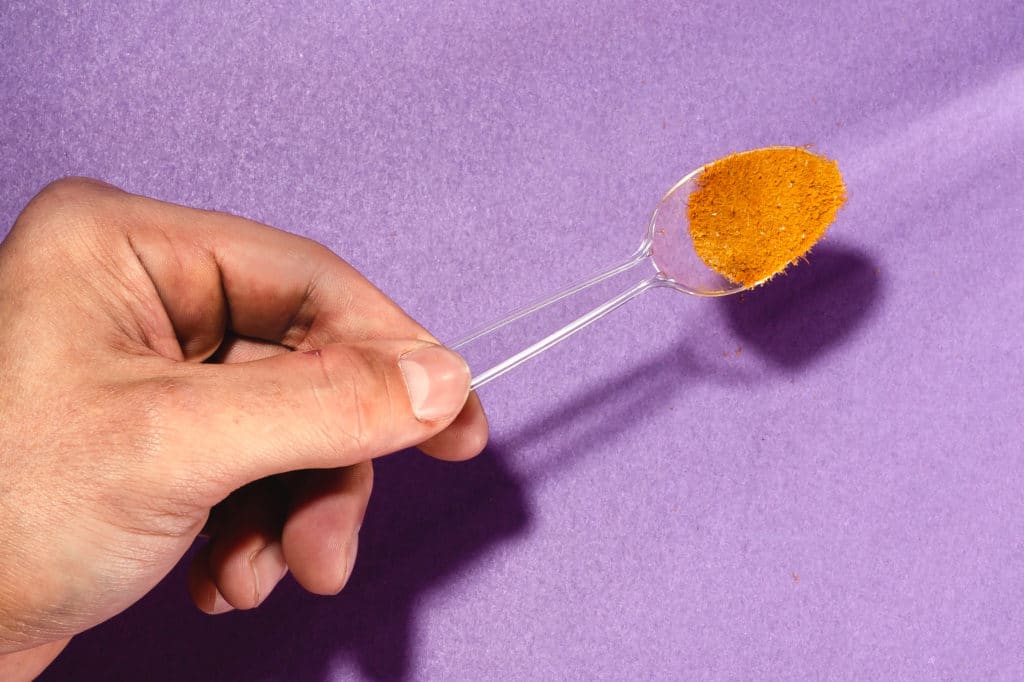 What about agriculture? Are you telling me farming is over?
Not if you ask Dr. Vainikka. Freeing agriculture from the pressure of protein production will allow farmers to focus on sustainability, reforestation and carbon sequestration. The idea is that it will replace fertiliser-dependent soy monocultures not farming per sé.

AtlasAction: If you want to follow the start-up closely, sign up for their newsletter. Otherwise, start planning your trip to Helsinki to be one of the first people to try this future-food in their demo facility bar.