This initiative is making Europe a wilder place by bringing back the variety of life into the landscape and helping people reconnect with wildlife.

Rolling, rugged, nearly treeless hills. If that’s a common sight in the Scottish Highlands it’s not because trees wouldn’t naturally feel at home here. But because of Scotland’s long history of deforestation rooted in wood and land exploitation.

Rewilding Europe wants to see landscapes like this returned to their natural wild state. Their latest project is set to reforest an area of 200 thousand hectares in the Highlands (the equivalent of 250 thousand football fields) by planting trees, reconnecting forest ecosystems and restoring peat soils and river corridors. The ambitious project, called Affric Highlands, will be launched in 2023 and take 30 years to complete, and on top of restoring the ecosystem, the hope is that this wild action will give the region an economic boost by supporting tourism and other sectors. 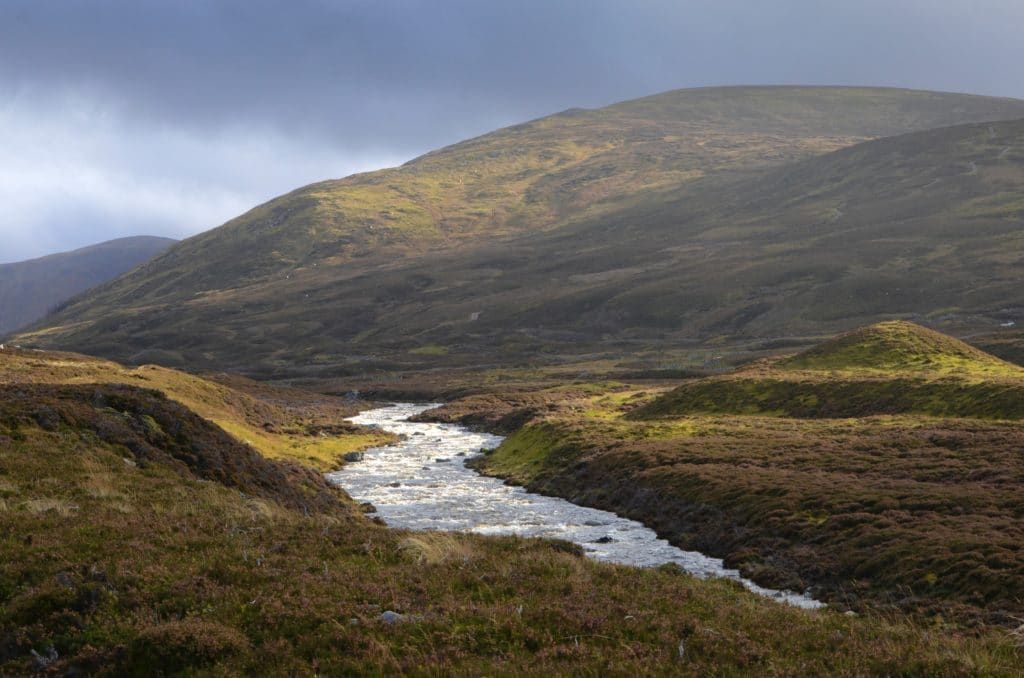 “Rewilding Europe wants to make Europe a wilder place, with much more space for wild nature, wildlife and natural processes. In bringing back the variety of life, we will continue to explore new ways for people to enjoy and earn a fair living from the wild.”

Affric Highlands joins Rewilding Europe’s rapidly growing list of large-scale restoration projects. The organisation restores heavily damaged ecosystems and ensures the conditions for landscapes to recover naturally. At the same time, they promote nature-centred sustainable economic development. Species that had long been forced out of their natural habitats are being spotted again — as it’s the case, for example, of the European bison, vulture, and wolf  — with positive effects on responsible tourism.

The rural depopulation of this valley in Northern Portugal left behind empty grassland and oak woods where native species like bovines and horses can now be reintroduced. Natural grazing will help reduce the risk of wildfires in an area that is rich in pine trees, eucalypti, and bushes, and the reintroduction of native herbivores is expected to support the population of roe and deers and Spanish wild goats. Local cliffs, peaks and canyons also offer great refuge for vultures and eagles.

Europe’s largest wetland and a UNESCO World Heritage Site, the Danube Delta is known for its birdlife (pelicans, herons, storks, cormorants and many more made it their home.) Rewilding Europe has reintroduced water buffalos and Konik horses to restore the land’s natural balance through grazing and fertilisation, and beavers and golden jackals are also making a return. The project hopes the presence of wildlife will encourage nature lovers to visit the area.

Buffalos are making a comeback in the Southern Carpathians after the successful reintroduction programme that was started in 2013. The area had suffered from heavy hunting activity in the past and wolf, lynx, bear, and deer populations are low. The progressive abandonment of agricultural lands now offers an opportunity for a wild return, which can, in turn, support new economic opportunities for traditionally rural communities. 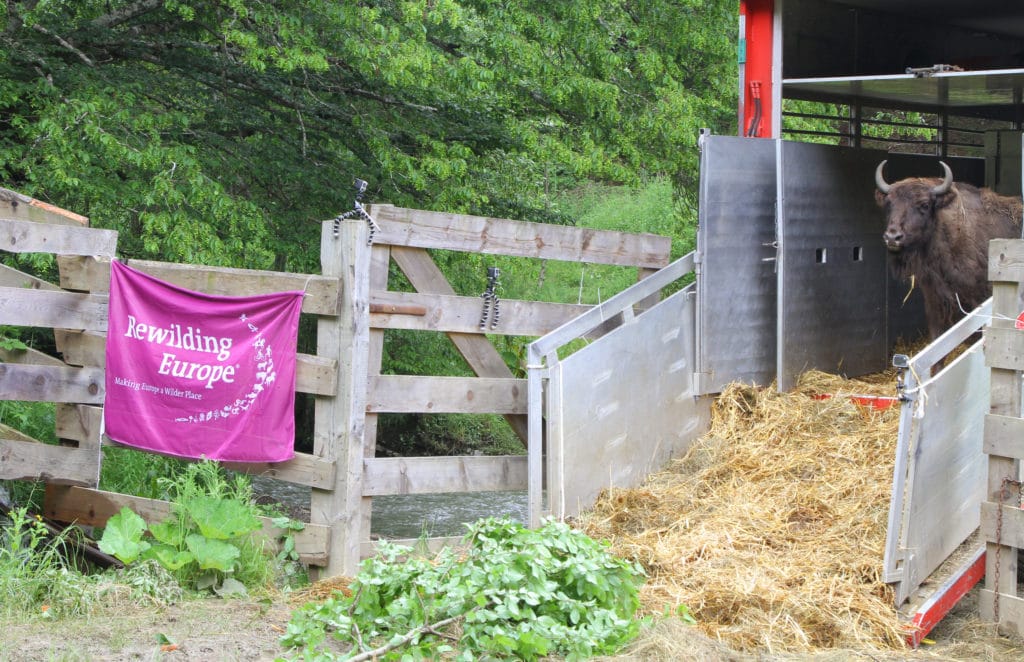 The Velebit mountain range is one of the most extraordinary and best-preserved natural landscapes of Southern Europe. Working with local partners, Rewilding Europe purchased 23.000 hectares of hunting grounds located between two great national parks, creating a safe biocorridor for species like the Balkan chamois, the deer, the brown bear, the wolf, and the Eurasian lynx. The Rewilding Velebit team are also working to have the Ramino Korito old-growth beech forest designated a special woodland reserve, and are setting up wildlife photography hides to benefit the local community through job opportunities and boosted tourism income.

Rewilding Europe is creating over 300 thousand hectares of biocorridors across several national parks in the Central Appennines. Human communities are sharing the corridors with animals like the Marsican brown bear, a symbol of local wildlife and its most critically endangered species. The project supports human-wildlife coexistence as well as local businesses and initiatives that raise awareness and promote wildlife observation, including a group of locally recruited ‘bear ambassadors.’

Bulgaria’s most important breeding area for griffon vultures is found in the Rhodope Mountains, which have also become a wolf and jackal stronghold. This is one of Rewilding Europe’s most iconic projects, with annual deer releases. The brown bear also started recolonising the mountains and bear watching is already becoming a bookable tourism offer in the area.

The elk, one of Europe’s greatest herbivores, is already recolonising the Oder Delta and the lesser spotted eagle is making a home in the Ueckermünde Heath area. Meanwhile, the team is restoring fish populations in the Szczecin Lagoon and associated rivers. The demand for wildlife observation activities is naturally growing, benefiting local providers. 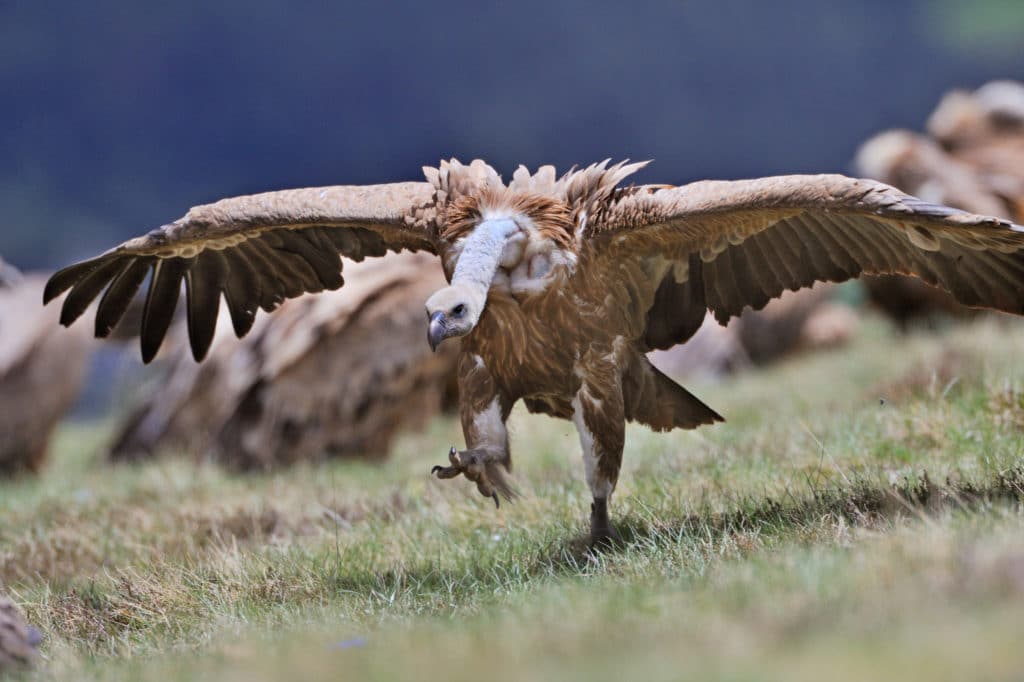 It’s a team effort. To put it with Deli’s words:

“Our aim is to create large, rewilded landscapes in at least 10 different regions across Europe. These will demonstrate the benefits of wilder nature in practice across diverse European landscapes, inspiring, motivating and enabling others to adopt rewilding by providing tools and know-how from our experience on the ground.”

AtlasAction: Become a rewilder: you can give your time as a volunteer, make a small donation, or become a partner.