Reversing the extinction crisis is perhaps the most important challenge of our time, and Rewilding Argentina is responding with a strength of scale that matches the size and diversity of the country.

Argentina is the eighth largest country in the world with an extraordinarily wide range of habitats. Rolling savannas and temperate steppes bridging the subtropical rainforest in the north to the ice capped Antarctic in the south. All along its vast length, beaches and wetlands touch the south Atlantic ocean. These vast areas of regional biodiversity are sparsely settled, land is increasingly added to the well established national park system making this a hopeful opportunity for broad reaching ecosystem restoration.

Yet, the Argentinian landscapes and seascapes are degraded. Speaking about The Iberá Wetlands Project in the northeast of Argentina, Conservation Director of Rewilding Argentina Sebastián Di Martino explains that “It is not only that we are losing species, we are losing the ecological interactions. We are losing a source of knowledge and inspiration too. A forest can’t exist without the species that spread the fruits.” After centuries of hunting and trapping of the wild fauna, now both the people and the mammals they preyed upon were gone. Sebastían remembers how “it was an empty environment, a stage with no actors.”

The Iberá project was a pioneering location for the Rewilding Argentina team. In1997 the team set out to restore the area as a functioning ecosystem and began to reintroduce species that had become locally extinct and bring back the animals. George Monbiot, the nature writer and, environment activist and author of ‘Feral’ describes rewilding as:

“Rewilding means the mass restoration of damaged ecosystems. It involves letting trees return to places that have been denuded, allowing parts of the seabed to recover from trawling and dredging, permitting rivers to flow freely again. Above all it means bringing back missing species.”

Jaguars, giant otters, giant anteaters and the red and green macaw are just a handful of the species that have been reintroduced into the Iberá Park, either through rehabilitation and release from captivity or through transference from other more stable ecosystems. These diverse ecologies each have their own identity and needs, and that is reflected in the culture and work of the local Argentinian communities who have traditionally depended upon them.

“It is important that while we recover the wildlife, we also make sure to recover the culture, the local pride and identity.”

It is the local people who have known these lands the longest, their restorative work is now an integral part of this ecosystem. Strengthening positive ties between people and the environment can help make habitats healthy and communities thrive again. The positive impact on communities is expressed best “by the great number of young people who want to stay, to bet on this place that they call home”, says Executive Director Sofía Heinonen.

“There are stories and memories from the grandparents who sang, a good example in the Ibará can be found in the tradition of folk music called ‘Chamame’. Now there are singers and composers who, back in the territory, have begun to compose songs or poems about the return of the Jaguar.” 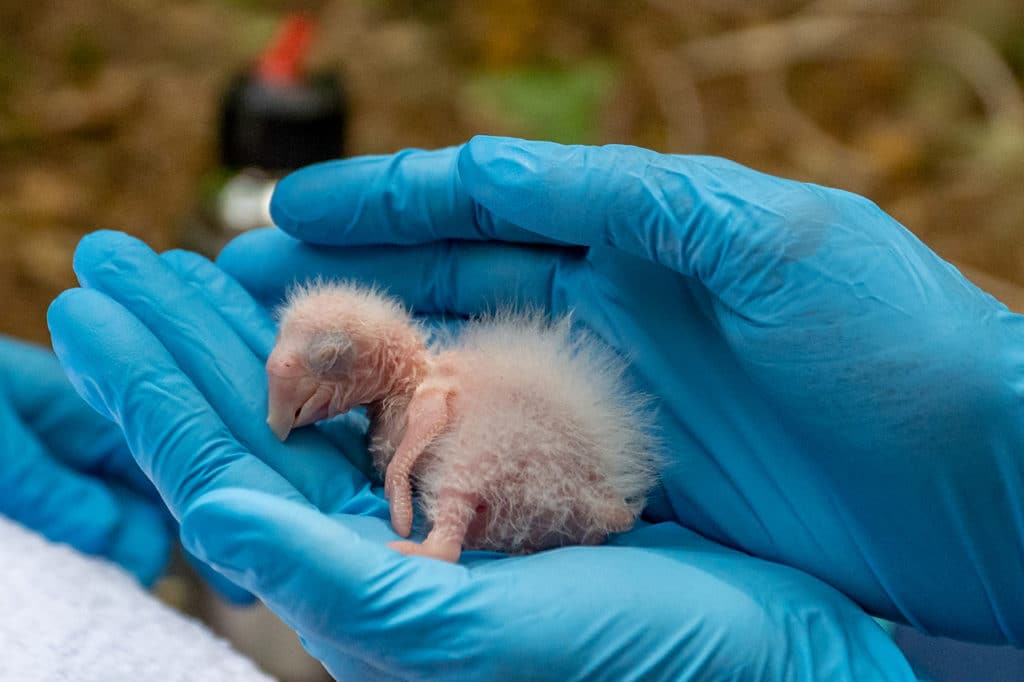 The Iberá Park project has proven that a regenerative ecology can also mean a regenerative economy. The future of healthy ecosystems is tied to and dependent on the ability of communities to find new ways of living in the environment. Community-run ‘gates’ to the restoration areas have been set up. These attractive destinations invite tourists to explore ‘circuits’ of the parks. No longer would the furs and exotic feathers be exported, the tourists would be imported.

“In Patagonia, there is a colonizing mentality, it is a mentality of arriving and dominating nature, nature is like an obstacle to production, there is little folklore in relation to nature. On the other hand, in the north of where I am, there exists a closer connection with wildlife, there is a more human bond, there is more indigenous tradition.”

Rewilding Argentina has built upon the work and legacy of Kristine Tompkins and Douglas Tompkins, both North American business people, philanthropists and conservationists known for companies such as the North Face, Esprit and Patagonia. Since forming the Conservation Land Trust in 1992 and buying their first land in Iberá in 1997, their work in Argentina has led them to acquire and donate more than one million acres to form national parks, protect 2.47 million acres of land and protect 100,000 square kilometres of ocean. Having merged multiple organisations in 2019,  Tompkins Conservation is the legacy of their joint work in both Chile and Argentina, whereas the Rewilding Argentina Foundation was formed in 2010 to continue the Argentinian projects.

The Rewilding Argentina Foundation works with NGOs and affiliate organisations as well as the Argentine Government on the ‘production of nature’ with local multi-disciplinary teams. Moving from ‘conservation’ to ‘production’ has been a key shift in thinking and has brought together public and private sectors in partnerships for the expansion of eight national parks encompassing widely biodiverse habitats and climate zones. The inclusive and unified vision has grown over thirty years and involves countless allied partners nationwide.

“A good example is the production of nature in Iberá. … local communities are very involved with the park and wildlife. And the economy moves based on eco-tourism and wildlife observation. It is the recovery of the traditional knowledge, in this case local recipes that are offered to people who come to see the fauna.”

Rewilding Argentina is responding to the extinction crisis by creating ecologically driven local economies. If human settlements are to co-exist in a landscape of flora and fauna, then the livelihoods and economies that sustain them must be equally as fruitful and regenerative.

“You have to export rewilding to other places. You must scale it to have an impact.” 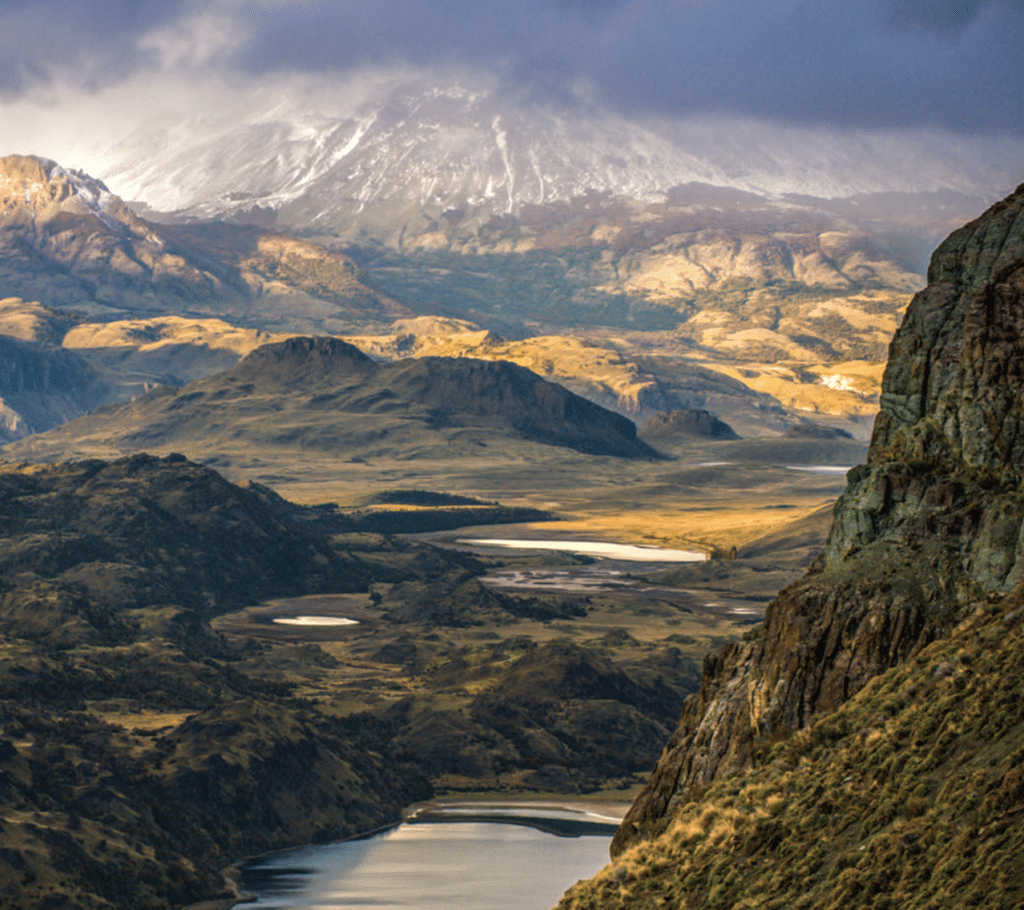 In 2022, devastating wildfires have been ravaging the Iberá wetlands, causing enormous losses for one of Argentina’s largest ecosystems, its biodiversity, local communities, and the world. You can donate money and essential veterinary supplies here (Spanish) or follow Rewilding Argentina on Twitter to find out how else you can help.

The Knepp Castle estate has bravely brought ecological history back to the present and is now an example of a...
See more
Peru (Maras)
Peru (Maras)

Virgilio Martínez
Few chefs have the vision and skill to sow 223 varieties of native potatoes on their Andean restaurant’s high-altitude farmland,...
See more 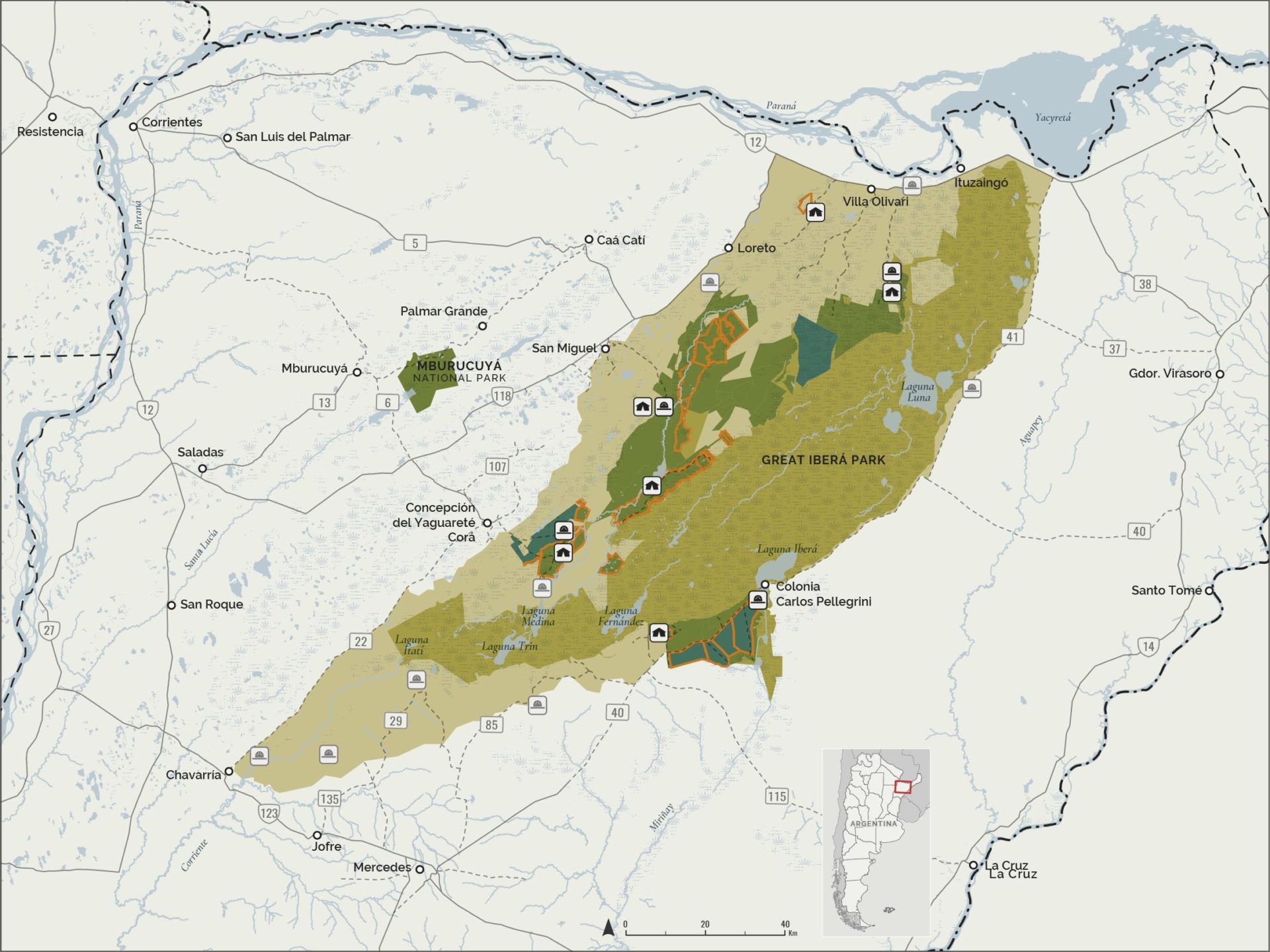 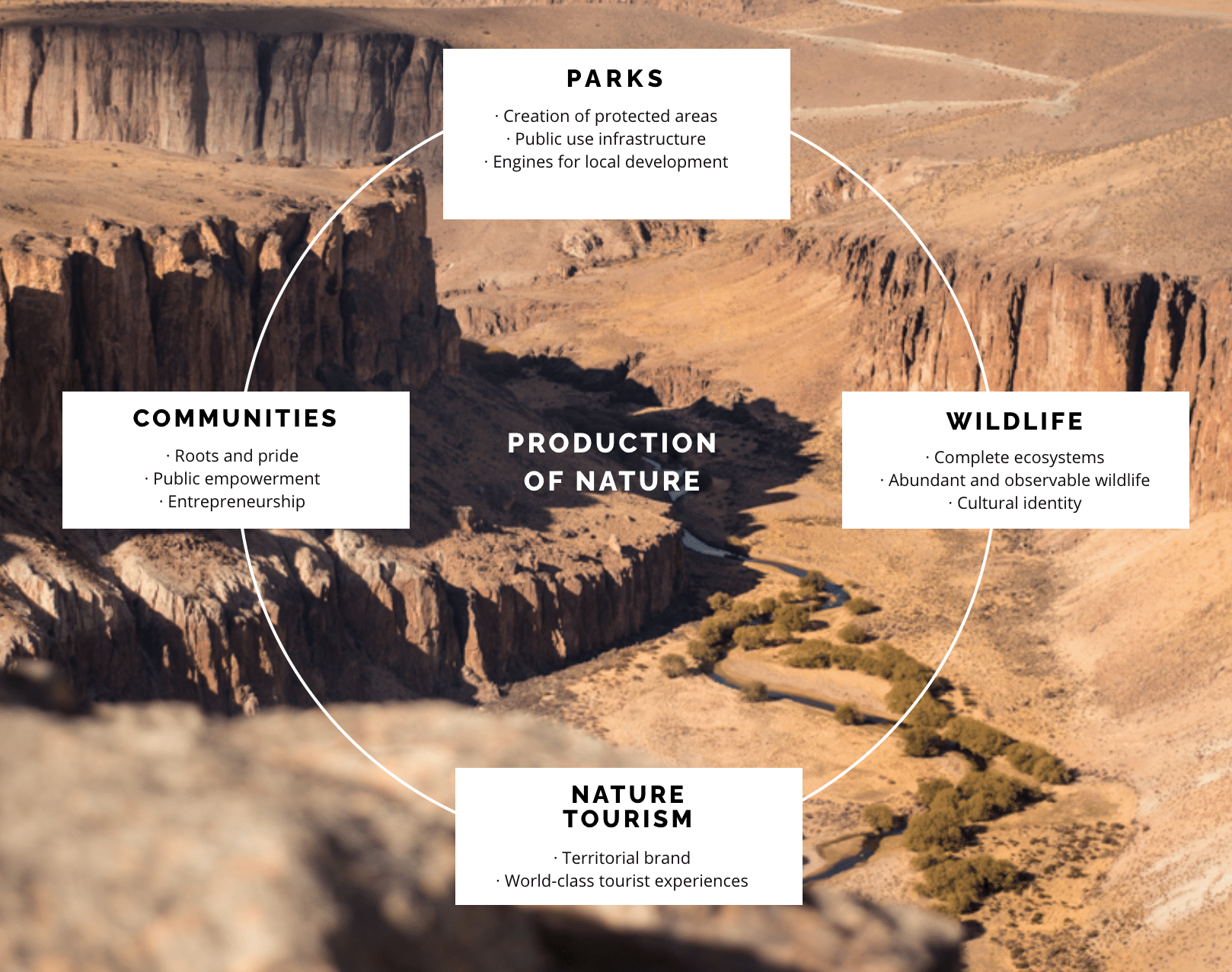 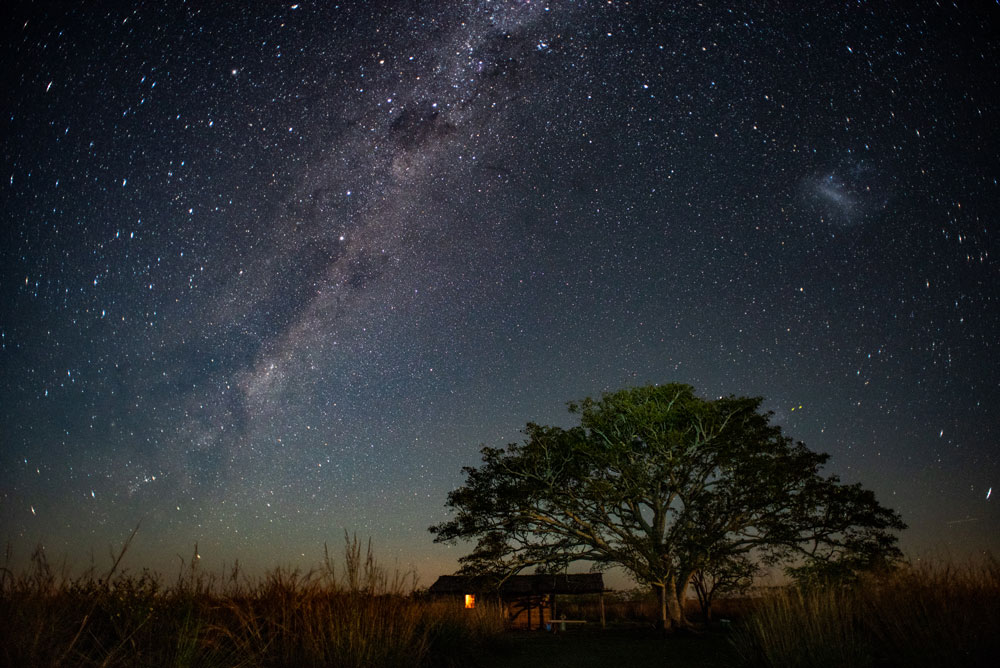 The Knepp Castle estate has bravely brought ecological history back to the present and is now an example of a...
See more
Peru (Maras)
Peru (Maras)

Virgilio Martínez
Few chefs have the vision and skill to sow 223 varieties of native potatoes on their Andean restaurant’s high-altitude farmland,...
See more