Few chefs have the vision and skill to sow 223 varieties of native potatoes on their Andean restaurant’s high-altitude farmland, replicating the efforts of a neighbouring Inca agricultural research centre with a contemporary model in order to improve tuber genetics while collaborating with two indigenous communities. But Virgilio Martínez is doing that.

In 2018 the renowned Peruvian chef, who leads Lima-based restaurant Central, opened Mil, located at 3,568 metres above sea level at Moray in the Cusco region. Already considered an ambitious project due to its elevated location and complex logistics, working with members of the local indigenous communities CC Kacllaraccay and CC Mullak’as-Misminay – whose lives are guided by agriculture – was paramount to driving Mil’s projects forward.

Inspired by Moray, a natural depression that the Inca adapted as a research station to discover how crops acclimated growing at 13 elevations and is today an archeological site, Virgilio says: “Mil’s initial vision was to cultivate local products such as quinua, corn and native potatoes on our 1.3-hectare farm next to the restaurant, which would generate a positive impact on the communities. The chacra (farm) became the best place to generate connections because Andean people spend their time outside, on farmland, close to nature. Working on the farm is a shared activity and as we all split the rewards, it also united us.” 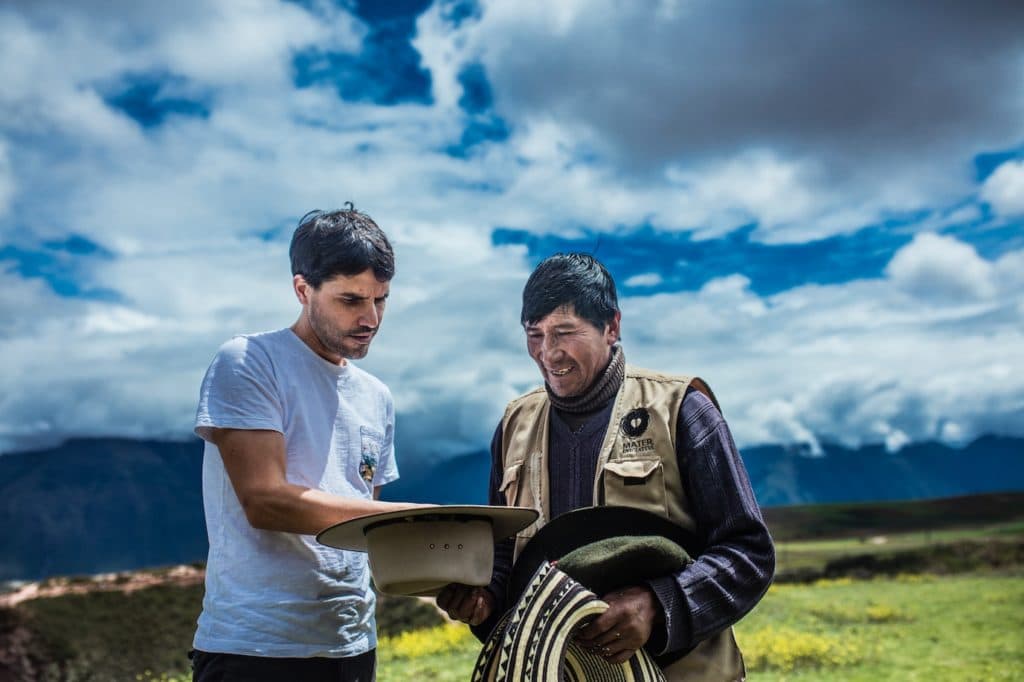 While the first two harvests simply cultivated products for the zero-km restaurant, the two communities, Central and sister restaurante Kjolle, 2020’s harvest aimed to expand the game plan. Besides starting and concluding the agricultural calendar with the likes of broad beans, oca (Oxalis tuberosa) and mashwa (Tropaeolum tuberosum) then walking them back to Mil’s kitchen, an agronomy team was enlisted to study how to improve tubers’ nutritional values while applying organic agricultural practices. The objective of Mil chacra is to not only restore the value of traditional varieties that produce a rainbow of vibrant hues such as puca musca, huahua quepe and peruanita, shunned for more financially profitable floury white potatoes, but to also improve their nutritional values for the current and future generations. Virgilio adds: “We’re working on strengthening seeds and improving varieties, not just for the sake of production but to maintain the trend of research. And, by working with products from seed and not buying from a distributor, as most restaurants do, increases the value of the product, its origin and the practices undertaken to obtain it.” 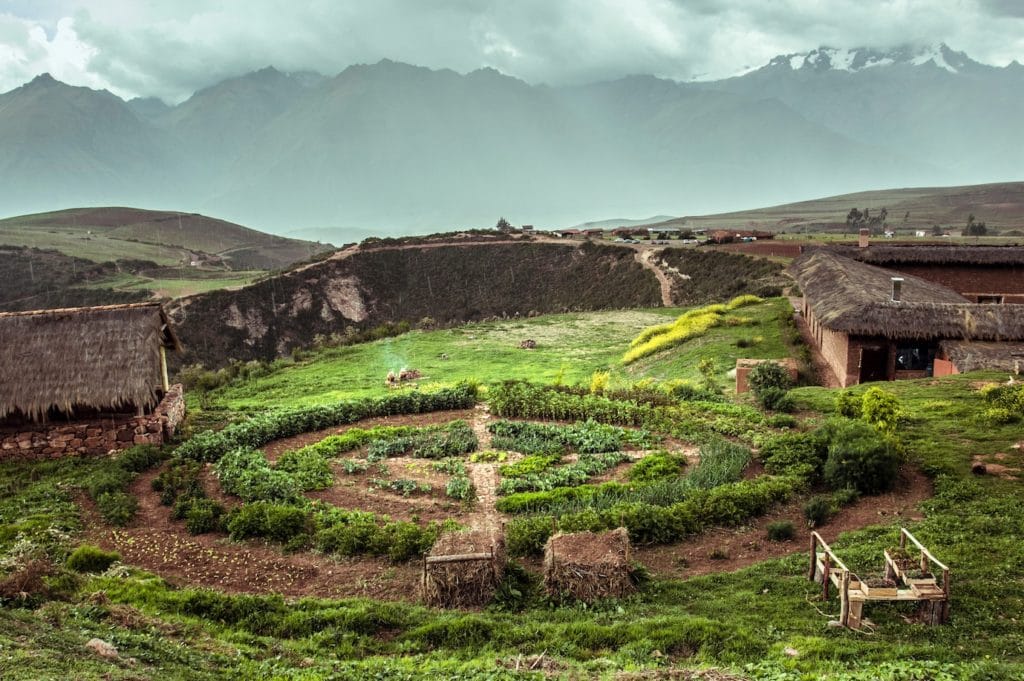 Before preparing the land in October 2019 ahead of the 2020 harvest, Virgilio and his sister Malena Martínez, who leads the restaurant group’s Mater research arm, hired agronomists Manuel Acurio and Marcelo Gonzales Solis. In turn, they contacted Ladislao Palomino, a leading agronomist at Peru’s National Agriculture Innovation Institute (INIA), who donated germplasm from 223 native potato species for Mil’s agricultural exchange programme. (There are more than 3,000 varieties in Peru.)

Adopting ayni – a reciprocal way of sharing the workload across farmland in rural communities – with members of CC Mullak’as-Misminay and CC Kacllaraccay, the Mil team was focused on understanding which of the tuber varieties sown at 3,568 metres above sea level best resisted drought, frost and certain afflictions such as late blight (responsible for the 1845 Irish potato famine), at this elevation. But there were also other challenges, according to Manuel.

“First, we had to convince the farmers from these communities to believe in this work. While we’re convinced we need to cultivate organic crops, their belief was that products needed to receive industrially prepared fertilisers in order to reap a prosperous harvest.” And, most rural smallholders tend to cultivate large white potatoes because that’s what today’s market demands. While some, such as Santiago Pillco from CC Kacllaraccay, manage around 40 types of native potatoes, it’s on a very small scale and are for personal consumption.

“We had to show positive results so the communities understand that returning traditional native potatoes to their land gives them renewed market value as well as greater nutritional benefit”, says Manuel Acurio.

A successful and productive harvest is also a positive sign for the younger generations to take note of, adds Virgilio. “The ideal of working the land is being lost because young people from the communities are moving to the city to study or look for work. By working on their own products, improving them and realising their importance, work is generated for a whole family.”

Every native potato seed that was sown, around three or four plants per seven-metre block, was coded with its own DNA, origin, producer, scientific name and its common name. Besides nurturing these 223 varieties from October until the 6 June harvest, the research is still ongoing, says Manuel.

“We selected around 30 percent to analyse which were affected by disease (or not), their resistance to drought and frost, and plant productivity, which is about a kilo. Resistance to all these threats means we will re-sow them at Mil and together with the communities on their land, while the ones that produce best will be considered for gastronomy.” The remaining 70 percent of harvested native potatoes will return to the soil as seeds for 2021. 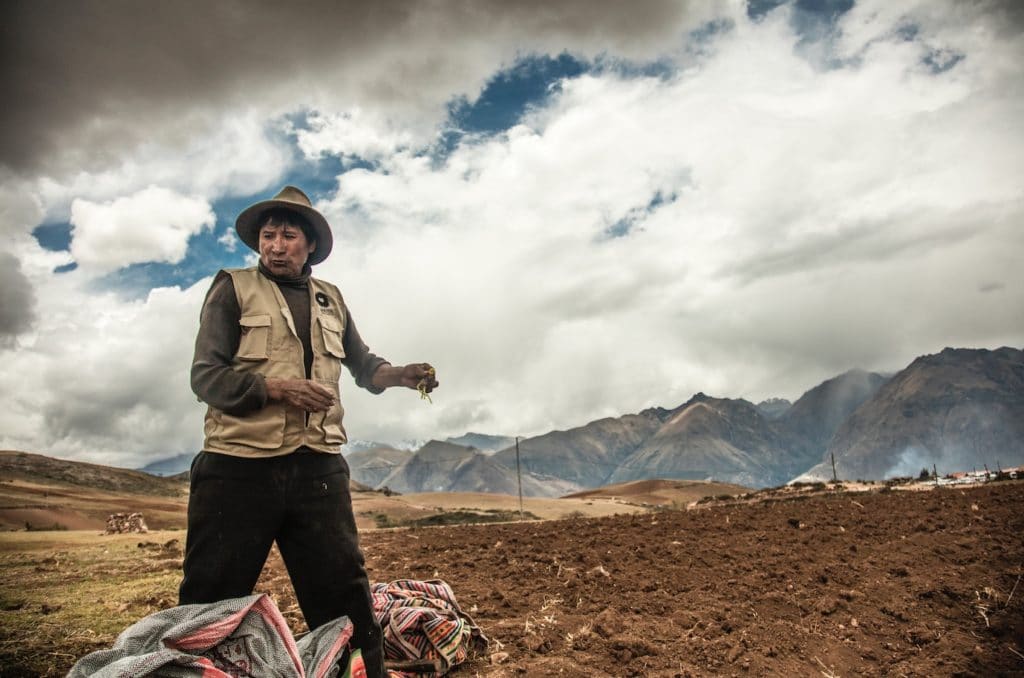 Besides the Mil chacra, the agronomists also set up an eco huerto (eco garden) in collaboration with the Peruvian NGO Por Eso! A smaller-scale agricultural prototype, this circular plot includes around 25 autochthonous and imported vegetables and herbs that are cultivated on rotation, a rural school that aims to familiarise smallholders with the likes of broccoli and fennel. “The idea is to create an eco huerto in families’ homes so they cultivate and eat sustainably, and also have a varied diet”, adds Manuel.

The future looks extremely productive for Mil’s farmland. First, the team is looking to lease land to continue experimenting with more tuber varieties on a larger scale and at higher elevations, involving and benefiting more local farmers. Another plan is to investigate how corn responds to similar agricultural experiments (there are 2,528 varieties in Peru). Further down the line, Virgilio hopes that boxes filled with this produce will be delivered to homes around Peru.

“In two years we’ll be harvesting more products. I’d love the harvest in the Andes to be better understood so consumers see the work and can order a box of potatoes to be delivered to their house, complete with nutritional information and the story behind it. As cooks, we have that responsibility to make people more conscientious and we can have a real impact on their eating habits at home. Not only do we have a great product but we can also share it”, says Virgilio. 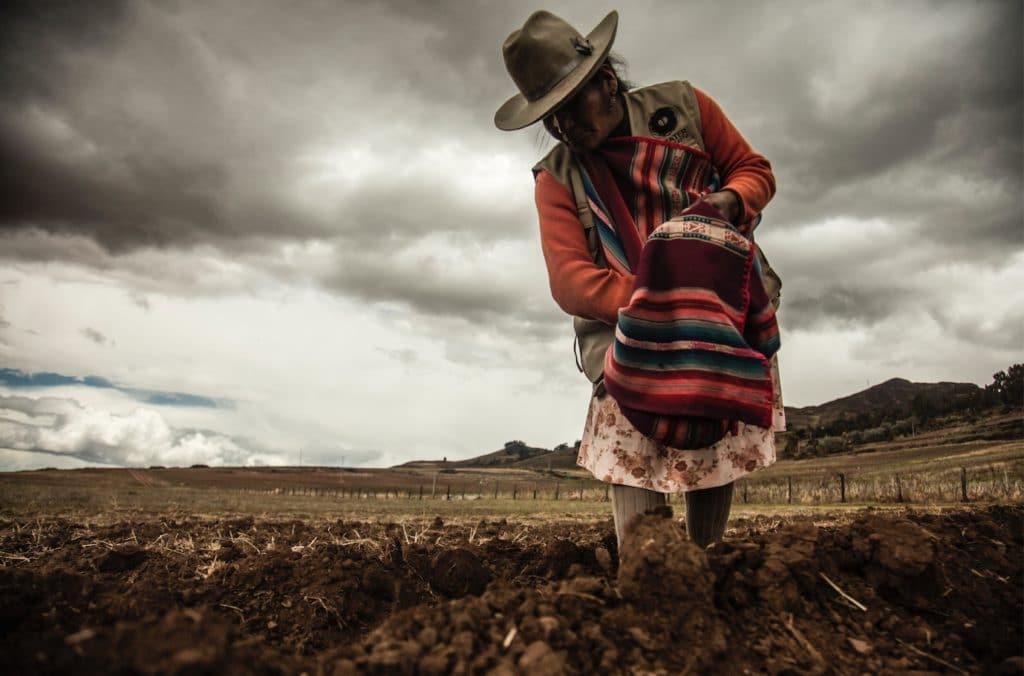 While farm-to-family-table boxes are a longer-term project, diners at Mil can sign up for the Immersion tour, the chef adds. “Mil is an open place of celebration where we integrate the dining table with the chacra and you can get involved in activities related to these surroundings, such as sowing seeds. Hanging out at a restaurant for eight hours might sound strange but people consume a complete gastronomical experience, getting close to nature and products, meeting characters from the communities and eating in different spaces, both inside but outside.”

After enduring months of lockdown during the pandemic, restaurants Central and Kjolle in Lima are now taking reservations via their website. They offer gastronomic experiences that feature ingredients like olluco, oca and mashua, three Andean tubers. Moreover, chef Pía León, the face of Kjolle, was named the World’s Best Female Chef by The World’s 50 Best Restaurants in August 2021.

Virgilio had to temporarily shut his restaurant Mil, which is located right next to Moray’s archaeological site: “Mil relied heavily on tourism, flights, and local visitors,” says Martínez. Although Mil hasn’t returned to business as usual, it does take selected special orders, and the Mater Iniciativa team continues its agricultural experimentation activities.

A freelance journalist and sommelier based in Argentina, found on the pages of Monocle, La Nación in Spanish, Decanter, The Guardian and Condé Nast Traveller among others.

The Sustainable Eel Group (SEG) not only ensures that European eel populations stay healthy and able to fulfil their role...
See more 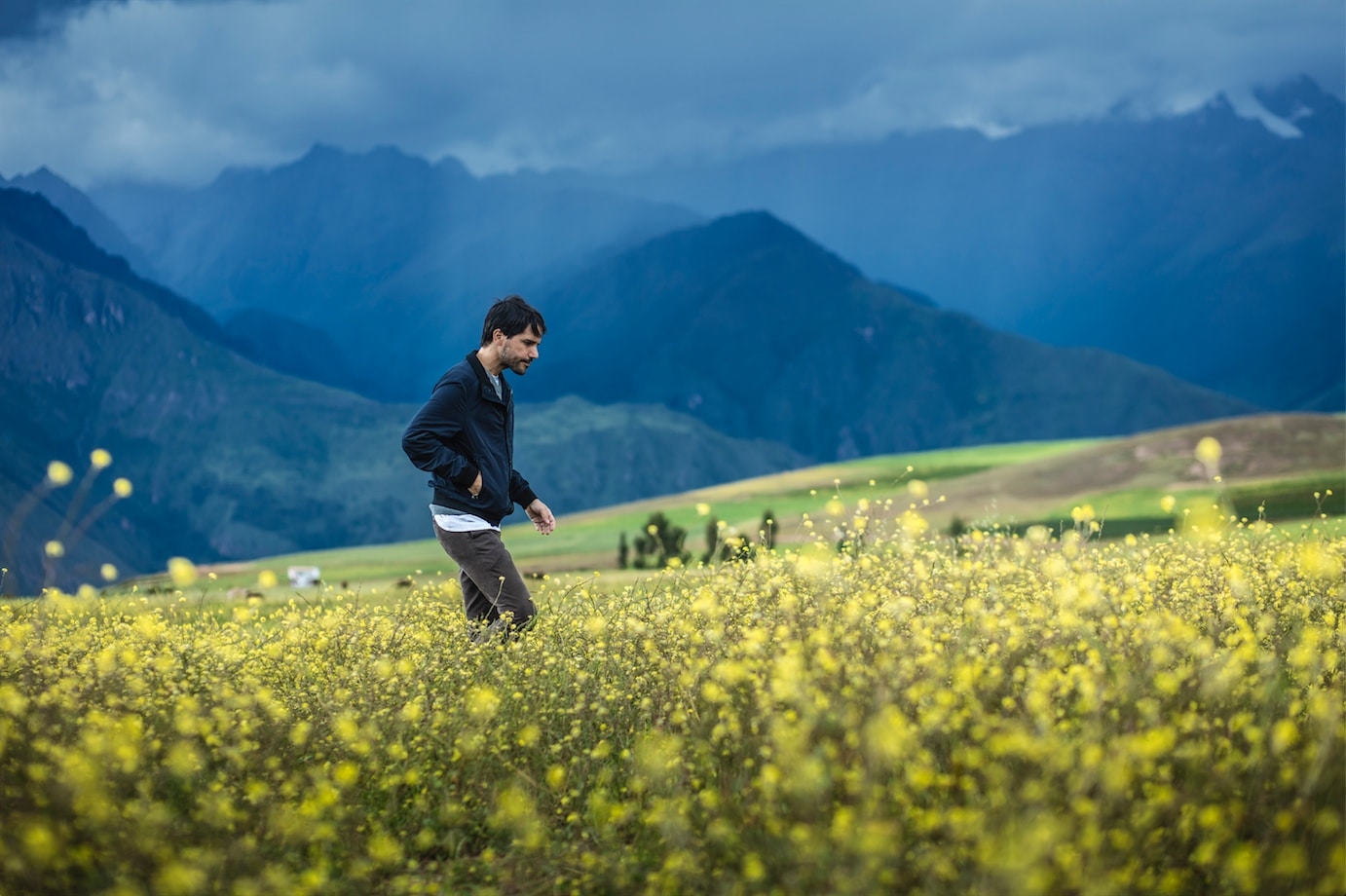 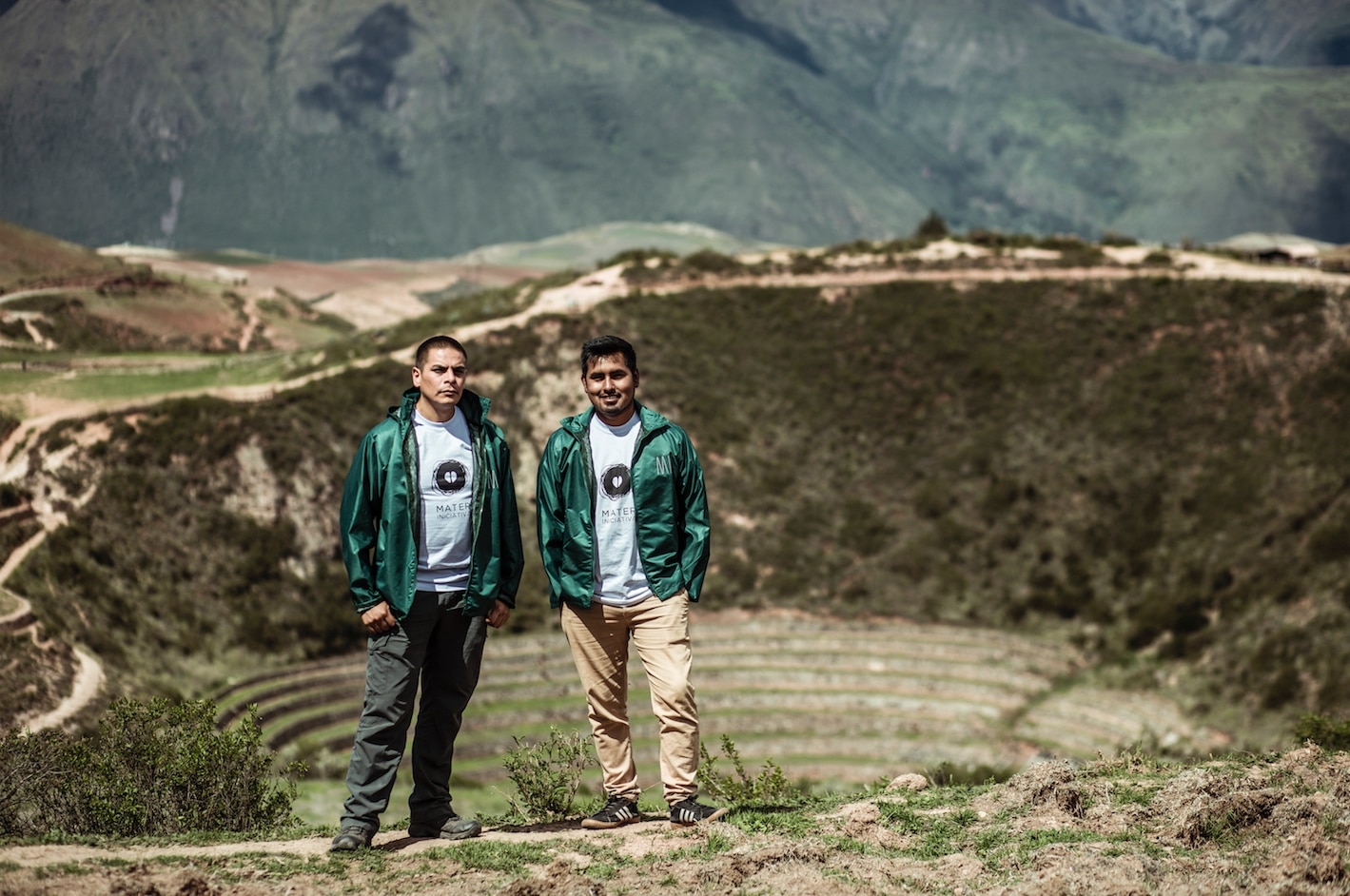 The Sustainable Eel Group (SEG) not only ensures that European eel populations stay healthy and able to fulfil their role...
See more