The Sustainable Eel Group (SEG) not only ensures that European eel populations stay healthy and able to fulfil their role in the aquatic environment, but they also support sustainable use for the benefit of local economies.

How do they do this? Through collaboration. As we know, most good things are accomplished not by single heroes, but by diverse stakeholders working together. In this case, it’s the scientific, conservation, and commercial sectors holding hands.

We might not typically spend a lot of time talking or thinking about eels and their troubles, so luckily, the SEG and many other stakeholders are taking on the three main challenges for the healthy survival of the European eel population – which like many other migratory fish, is critically endangered or locally extinct. And one of SEG’s goals is to get them off the endangered list.

Illegal trade, and more specifically, towards East Asia, has been on the rise in the past decades and even though this species has been listed in the Annex II of the Convention on International Trade in Endangered Species of Wild Fauna and Flora (CITES), under-reporting, poaching, and illegal trade have continued. It’s been said that illegal eel smuggling is more lucrative than trafficking cocaine because of the profit being determined by weight.

Another big challenge for the eel population are man-made barriers. You might know of the great wildebeest migration across the Serengeti/Mara ecosystem, or the lake-to-lake flamingo migration in Tanzania. Similar to these and other migrations, where animals move in large numbers to new places to feed or breed, fish use rivers as natural highways for their migrations. The European eels use them to move from the rivers to the wetlands – that is, if they can. Unfortunately, they more often than not find man-made barriers, such as hydropower and water pumping stations, blocking their way. 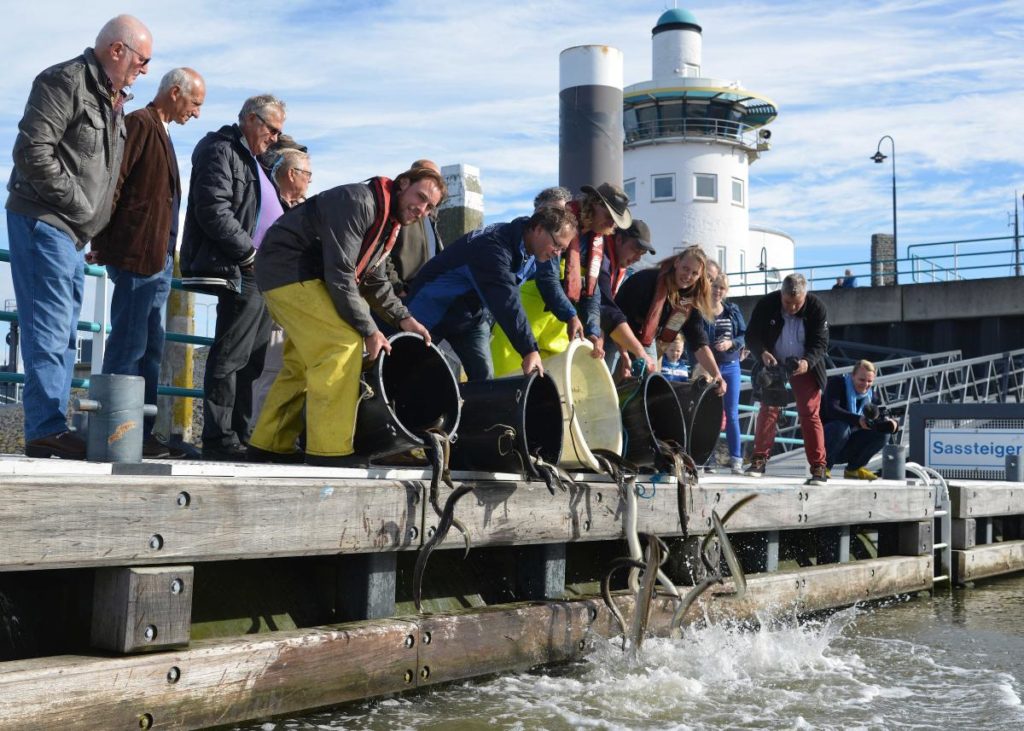 Thanks to the EU-funded Project Amber, a comprehensive atlas of river barriers across Europe has been mapped, and over one million obstructions have been identified already. Apart from blocking their way, these barriers are also deadly – millions of fish are killed each year. Not only is this terrible news for the eel population, but also for us: the health of European rivers depends on these eels performing their vital tasks to keep our river ecosystems healthy. Among other roles, eels help to regulate the populations of other animals and they also play an important part in the food chain of larger fish and birds.

One of the many positive things Andrew Kerr and his team at SEG are up to is rewilding the eels. This normally involves the local fishermen and Andrew explains in a recent video that “the thing about fishing for them is you can assist the migration over the barrier, so you’re giving them a human-assisted 10-, 20-, 30-mile ride and then releasing them. We’re rewilding them above these barriers. This assistance will reduce the mortality substantially.” Andrew also explains that wetlands are the most important habitat for eels, because that is where they undergo their big transformation from a saltwater fish swimming in the sea to a freshwater fish swimming in rivers. He compares this process to the caterpillar-to-butterfly-metamorphosis we probably are more familiar with.

You might feel powerless if you don’t have influence to decrease trafficking or prevent more barriers from being built, but there is a way in which we can all be part of the solution rather than the problem. If you’ve ever tried to figure out the labelling on a product, you’ll know the complexity of standardisation, and the eel sector is no different. So the Sustainable Eel Group set out to provide a standard for a responsible eel sector that includes traceability from source to market. The SEG standard describes the standards to which those who trade in the European eel must comply if they wish to claim to be doing so responsibly, and we can be responsible consumers by only buying eel or eel products from sustainable producers.

In addition to the initiation and support of scientific research and conservation projects, SEG also coordinates the different players across the ecosystem. According to Andrew, collaboration is key. “Collaborative leadership – we’re trying to build links for a joined-up agenda.” 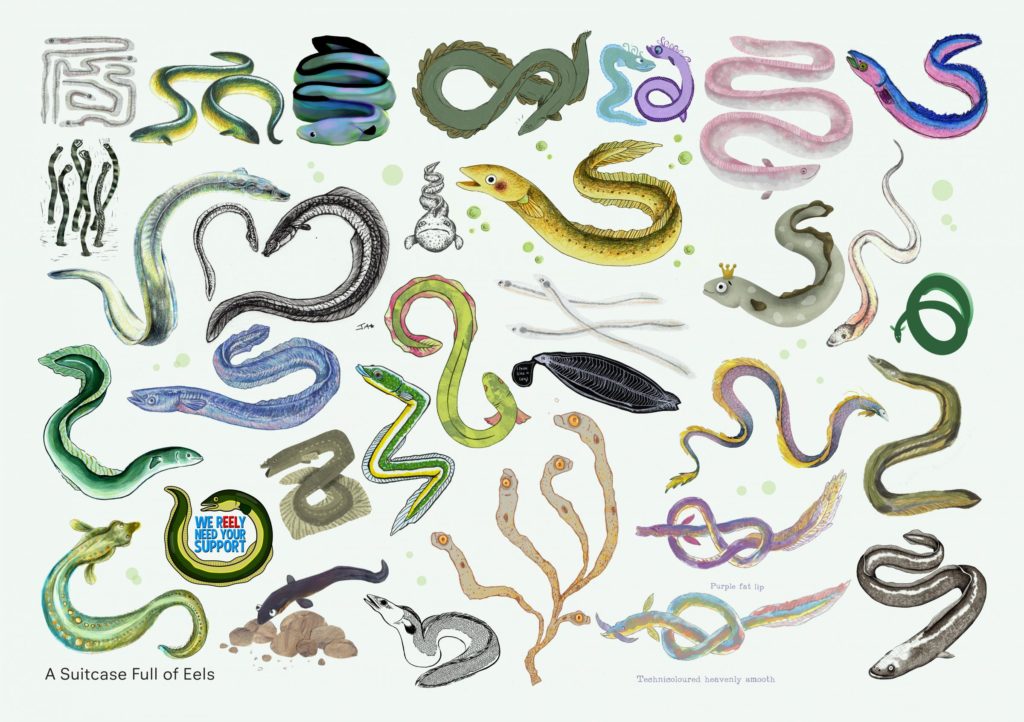 AtlasAction: Consume eel or eel products responsibly by informing yourself on the SEG standards and not supporting any producer or seller who doesn’t comply with these standards.

Imagine the scene: you’re in the Russian Arctic and, suddenly you spot a tall, blonde woman descending from the sky...
See more
Share this project

Imagine the scene: you’re in the Russian Arctic and, suddenly you spot a tall, blonde woman descending from the sky...
See more