The Knepp Castle estate has bravely brought ecological history back to the present and is now an example of a transformed landscape, where agriculture and the wild co-exist.

In West Sussex in South East England, most farms pride themselves on a tidy and conventional organisation with well kept dairy cows and arable land. For generations the Knepp farm was no different; a typical farm. “That is what farmers do isn’t it? And yet hardly any wildlife lives on the farm. The animals look sad. Even the trees look sad! .. what if they stopped doing all that and just went wild!” writes Isabella Tree, a founder of Knepp Wildland in her new children’s book ‘When we went wild’.

It had not been easy: by looking at the accounts and weighing up the finances it became clear to the farm owners Charlie Burrell and Isabella Tree that a drastic change was needed to keep this large farm estate running. At 1400 hectares the estate is four times larger than central park in New York! Conventional agriculture methods were no longer working on their heavy clay. It was not profitable nor ecologically sustainable and government subsidies were not a long-term solution either. Reluctantly, in the year 2000, Charlie Burrell sold his farming equipment and cattle herd, The new approach was to be led natural processes and together Isabella Tree and Charlie Burrell made a leap of faith to embrace a wild takeover of the land. 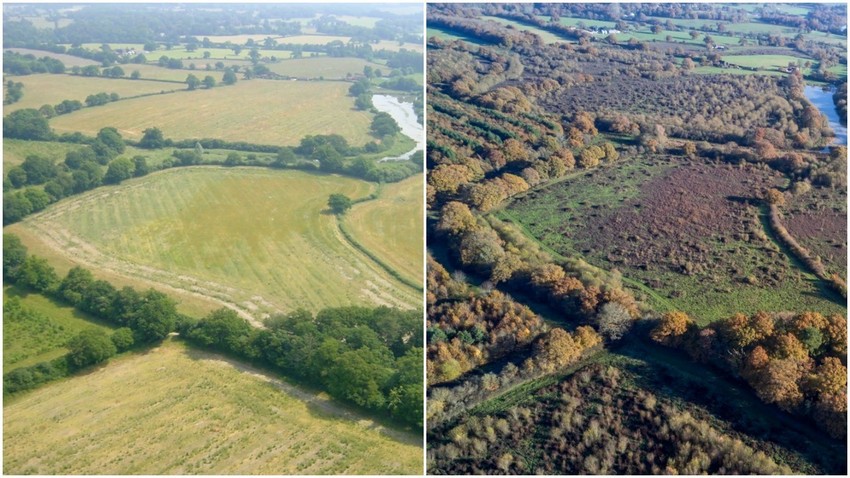 Before and after: the landscape on the Knepp estate has changed under rewilding.

The response and return of nature was immediate, positive and surprising too – attracting an ‘extraordinary abundance’ of endangered species to nest and settle. Grass-snakes, slow worms, turtle doves, Barbastelle bats, Purple emperor butterflies and nightingales, even sea trout have been seen in migration up the River Adur. There was a planned introduction of endangered species too, with white stork chicks raised in the wild at Knepp; the first for 600 years, and the beavers the first in Sussex in 400 years.

The Countryside Stewardship Scheme had funded Knepp and given it the boost it needed in 2002, yet the response from the local community was sometimes negative, with accusations of ‘wasted land’ and an ‘affront to cultural values’. The transition to wildland was not going to be easy in the traditional English countryside. It would be hard to prove and harder still for some to accept that an unkempt free range land could also be a productive and useful space. The escape of a male beaver in 2020 certainly caused some controversy! But when you do something new you must be ready to lend your critics a pen. 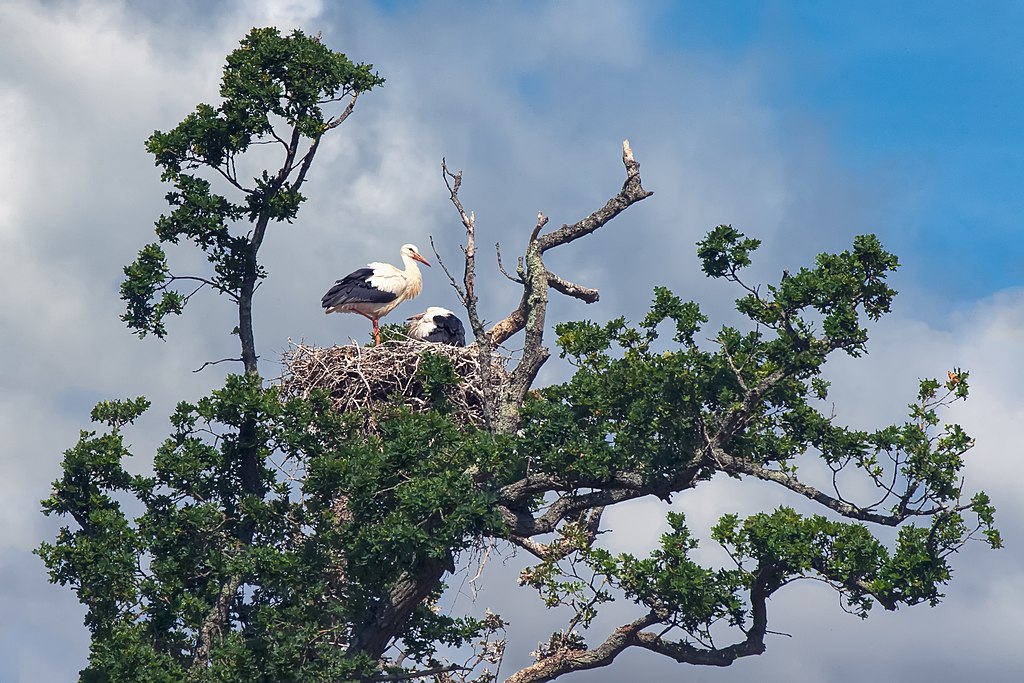 It was for the generations to come that Isabella Tree and Charlie Burrell had decided to make the change. With a global mass extinction of species underway, it would be easy to carry on as normal, yet the questions remained: why were the trees sick, where were the storks and newts that used to live in the boglands and where had the boglands gone? Their grandparents could recall these species in the area and their great-grandparents would remember even more. This shifting baseline of ecological perception had meant that for the current generation the loss was unnoticed, and future generations might grow up with no knowledge of these species at all.

But what does ‘Rewilding’ actually mean? According to some of its earliest protagonists in the 1990s, Rewilding is a conservation method based on ‘cores, corridors and carnivores’, where two or more ecologically restored and developed core areas are linked by corridors which can be patrolled by apex predators. It is a form of conservation biology, where restoration of natural processes helps to reverse biodiversity loss. Charlie Burrell had experience of large range safari and conservation parks from his time visiting South Africa and it had sparked his imagination for the future of the Knepp Estate. South African ranges make a business of conserving the ‘big five’ – the lions, leopards, elephants, rhino,and buffalo; the megafauna animals that still roam free in Africa. 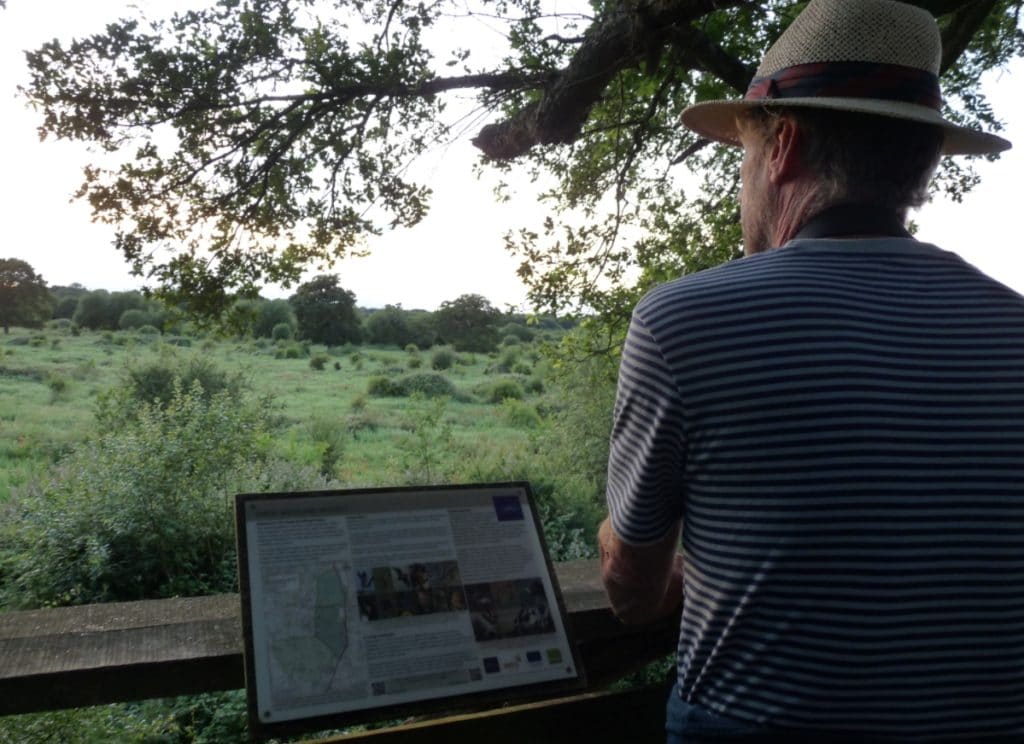 Back in Sussex the neighbours are unlikely to accept apex predators like lions on their farms; Knepp Wildland is not a zoo and most likely the lions would not accept West Sussex either. So for this landscape eagles and falcons are welcome as new wild residents. Yet nature does not always have to be ‘red in tooth and claw’: Longhorn cattle, Exmoor ponies, and Tamworth pigs were given to the land as proxies to replace the function of similar free-roaming species which had been lost over time in the area. The role of grazing at different heights, pruning low lying branches and turning and fertilizing the soil was a natural part of how the ecosystem had formed alongside ancient herbivores like these.

The ‘natural disturbance’ created by grazing herbivores is balanced by the ‘natural succession’ of vegetal life on the land. The environmental benefits of rejoining these two opposing forces of nature are described by the work of Dr. Frans Vera in his ground-breaking book ‘Grazing Ecology and Forest History’. The Oostvaadersplassen nature reserve in Holland is where Dr. Vera conducts his research and has been a fundamental inspiration for the rewilding process at Knepp. 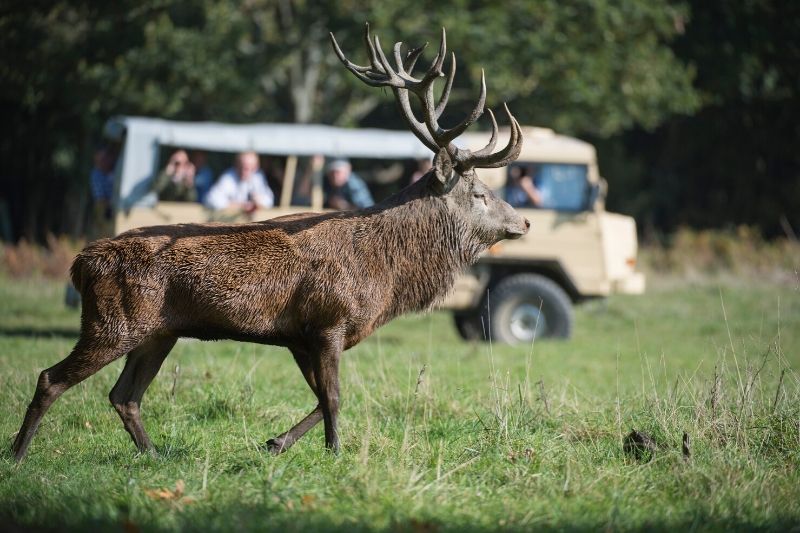 The story of Knepp’s transformation from farm to conservation estate has become a model of success, inspiring similar projects around the world. The 2018 book entitled ‘Wilding: The return of nature to a British farm’ has received international acclaim and the estate has become the most renowned rewilding project in the UK. The Knepp farm produce is now highly organic and pasture fed, fetching higher prices for its uniqueness and quality. The estate also generates a significant revenue with Safari tours, just like those of South Africa. By reducing the costs and the effort of maintaining the land, and by trusting in nature to take over, the farm has found a way to become both ecologically and economically sustainable. 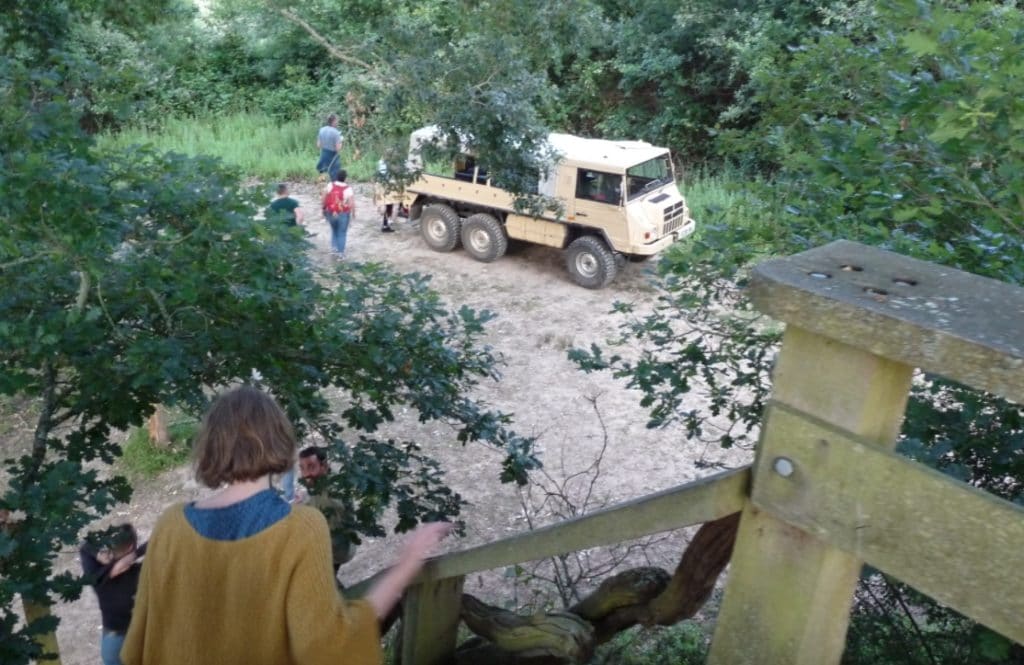 On safari at Knepp Wildland

Going wild has brought much more than new revenue streams however. It has brought new species and an abundance of biodiversity. Its success has inspired a generation of future farmers, and convinced many of the critics who favoured traditional methods of land management. The estate is a gift and a sanctuary to the wild in Britain; it is now a field station for over 30 ecologists and an experience for nature enthusiasts young and old.Professor Sir John Lawton, who authored the UK governments DEFRA 2010 Making Space for Nature report says: “Knepp Estate is one of the most exciting wildlife conservation projects in the UK, and indeed in Europe. If we can bring back nature at this scale and pace just 16 miles from Gatwick airport we can do it anywhere. I’ve seen it. It’s truly wonderful, and it fills me with hope.”

Jonathan is a practicing architect and designer, he works towards ecological restoration and transition design. He leads European projects focusing on agricultural technology and runs an Agro Forestry research project from his home in south Catalonia. He is the founding director of applied research group www.ecologicalinteraction.org

Reversing the extinction crisis is perhaps the most important challenge of our time, and Rewilding Argentina is responding with a strength...
See more
Share this project

Reversing the extinction crisis is perhaps the most important challenge of our time, and Rewilding Argentina is responding with a strength...
See more