The ResCap project releases gorgonias and soft coral accidentally fished by traditional anglers back to their natural habitat.

The role that gorgonias (a type of soft coral) play in the sea is similar to that of trees in a wood.  They create habitats and, thanks to their three-dimensional shape, provide shelter to a number of organisms of considerable commercial interest, such as lobsters.  Preserving these areas is important to everyone, from the true fish connaisseur to the fishermen who live from their catches.  For Dr. Stefano Ambroso, researcher at the Institut de Ciències del Mar (ICM), “if we carry on fishing in non-sustainable ways it won’t be long before we reduce our sea beds to desertification.”  With the felling of a forest, biodiversity disappears; with the destruction of gorgonias, it is just possible that tomorrow we might have no more fish to go fishing for. 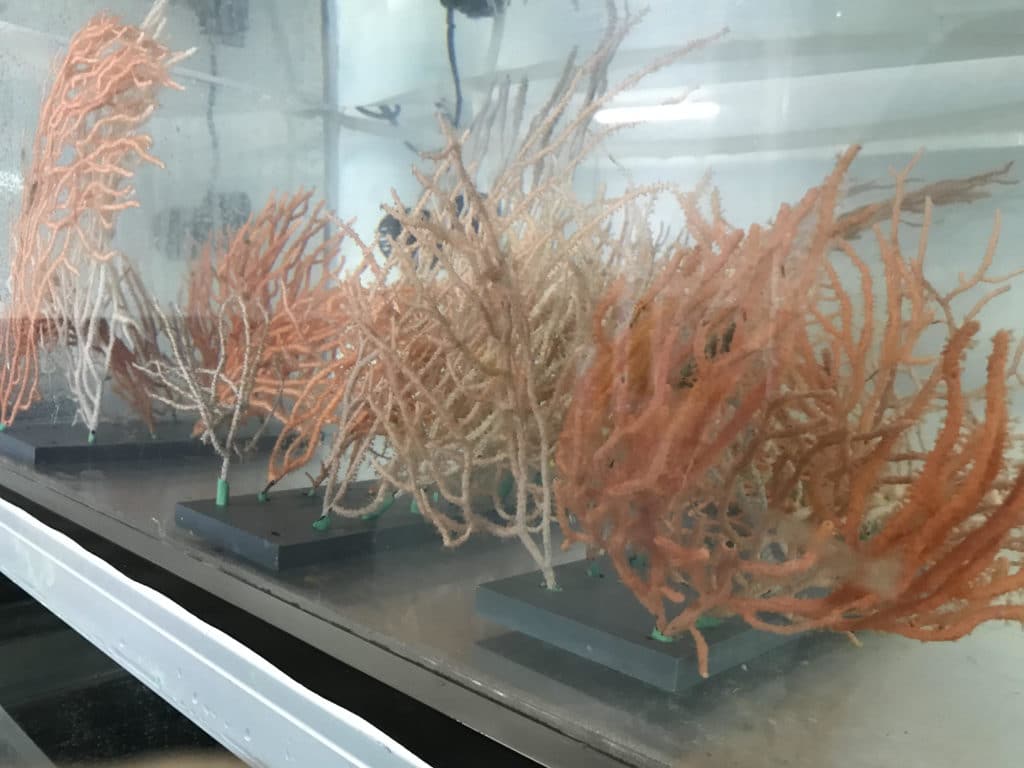 One of the ways to avoid this loss of natural wealth is to restore sea beds manually, as with the ResCap project that Dr. Ambroso co-ordinates.  This project, which focuses on the Cap de Creus area in the north-east of Catalonia, began in 2018.  But they had already carried out pilot tests as far back as 2015 in the Menorca Channel, saving gorgonias belonging to the Paramuricea macrospina species. 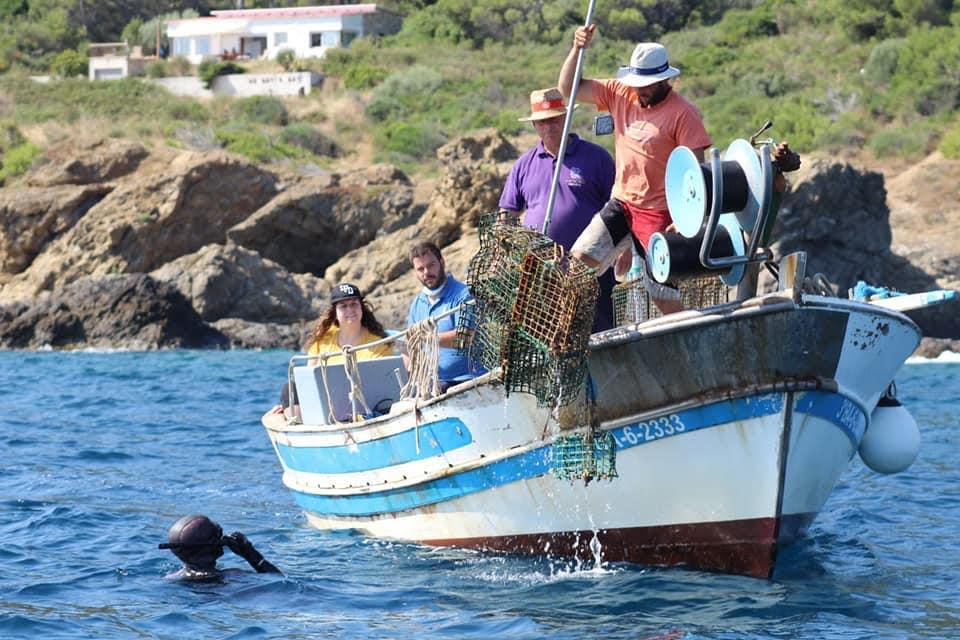 The ResCap project emerged as a result of several gorgonia and soft coral findings from fishing nets in the port of Portlligat, in Cadaqués, which indicated that these species were on the verge of dying out.  The first gorgonias that were used to restore the sea beds were the same that the fishermen had tossed back to sea when cleaning their nets. 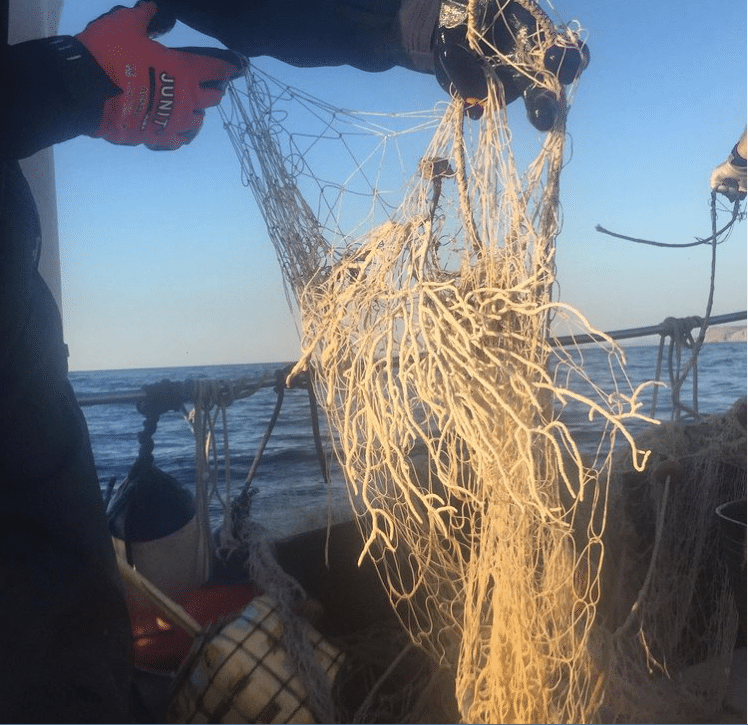 More than 800 gorgonias were released back to their natural habitat in 2020, at a depth between 60 and 90 metres.  This was quite a success, inasmuch as this figure was double that of the gorgonias saved the previous year, in spite of all the restrictions caused by the pandemic.  “In 2021 we have already rescued 600 gorgonias,” Dr Ambroso explains to us, “and we still have three months of work left, so I reckon if we carry on like this we can reach over 1000.” 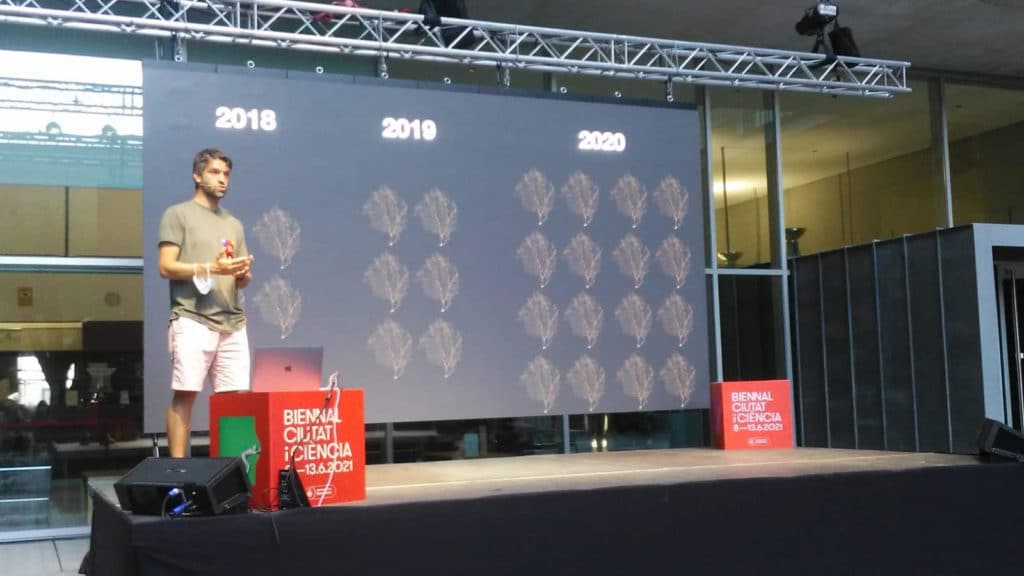 For the third year running, they have been able to track the success of their restoration process.  “After each fishing season, we draw up an exhaustive monitoring scheme by means of marine robots, where we film trails in the restored area and make a photographic mosaic of it.”  They could thereby confirm that the gorgonia colonies were in good health and reproducing properly, which demonstrated that gorgonias once returned to the sea were not only surviving, but actively contributing to and sustaining the ecosystem in the long term.

In addition to their restoration work, they spread news of their project in schools and in local celebrations in Cadaqués and Port de la Selva, by offering theoretical and practical workshops which teach these communities the importance of underwater gorgonia forests as creators of habitat. 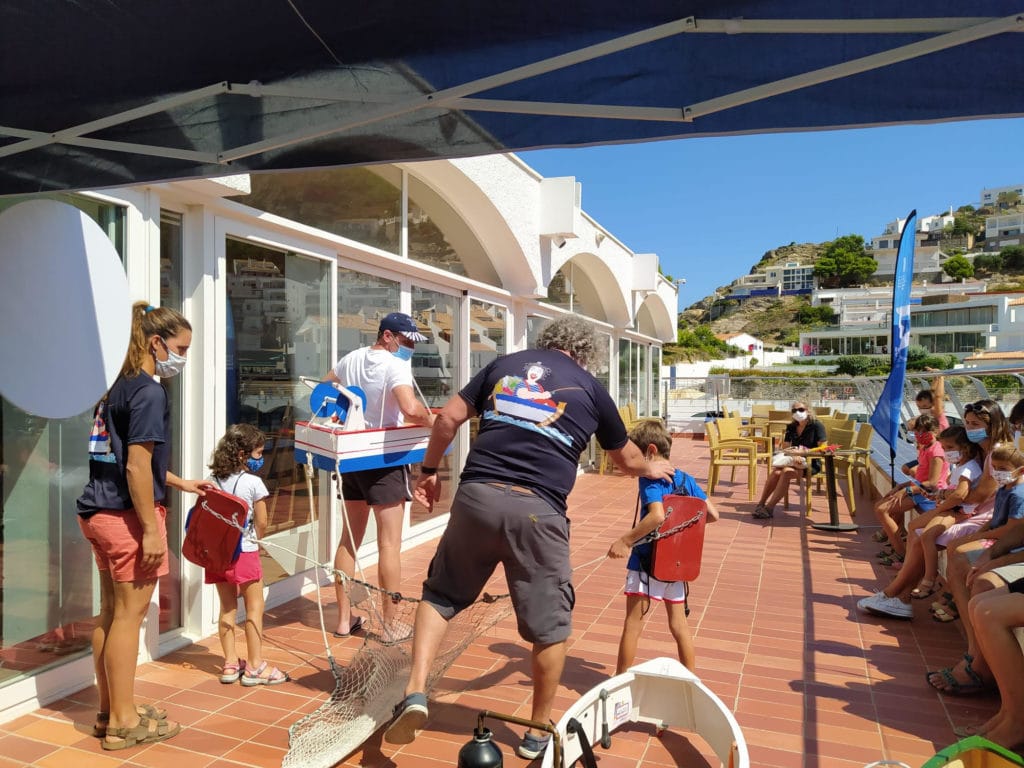 They also contribute to the MITICAP project, by implementing new measures in the traditional fishing grounds belonging to fishermen guilds in Port de la Selva and Cadaqués.  Here they address the impacts of fishing, either by removing lost nets, using wider-mesh nets, or by promoting the use of biodegradable materials in the production of nets and pots, thereby securing a sustainable and economically viable form of traditional fishing for the long-term future.

The success of the ResCap project has enabled them to draw up a wider-ranging project which will begin in 2022 and which aims to restore 14 fishing zones along the whole of the Catalan coast.

AtlasAction: You can contribute by taking part in the educational events that take place in Cadaqués and Port de la Selva throughout the fishing season.  You can also volunteer and get to learn marine restoration techniques directly from the researchers and fishermen involved in the project.

► This project has evolved thanks to co-operation between the Fundación Biodiversidad, the Cap de Creus Natural Park and the fishermen guilds of Cadaqués and Port de la Selva.

The Knepp Castle estate has bravely brought ecological history back to the present and is now an example of a...
See more
Share this project

The Knepp Castle estate has bravely brought ecological history back to the present and is now an example of a...
See more