Ecocean are dedicated to protecting – no prizes for guessing – ecologies of the ocean. Experts in the art of sustainable fishing and ecosystem engineering, their tech solutions support underwater environments all over the world.

Coastal waters are essential for supporting aquatic biodiversity. As a secure environment for newborn fish, it’s here where many species come to grow before venturing out into the big bad blue. It’s a shame then that these ecosystems are some of the hardest hit by human activity. Fortunately, the folks over at Ecocean have dedicated themselves to protecting submarine biodiversity, equipped with a range of innovative technologies.

Founded by Gilles Lecaillon in 2003, Ecocean started as a way to address the harm caused by overfishing in coastal regions. “We began by trying to change the way fish are captured for commercial purposes, as many are caught by methods that are very damaging to biodiversity,” Gilles tells us. “We wanted to make a new marine resource, to create a technological revolution in the way fish are captured.”

Ecocean has since developed two complementary ways to support coastal waters and the sea life within them. The first, known as BioRestore, protects post-larval (fresh-from-the-egg) fish by catching them in the wild and raising them in a safe, controlled environment. Their patented fishing gear allows fish to be caught efficiently and harmlessly, while their UNESCO-backed fish-raising facilities create a space for healthy development. Left to their own devices, less than 1% of post-larval fish survive in coastal areas affected by human activity. With the help of BioRestore, around 80% live to full maturity. 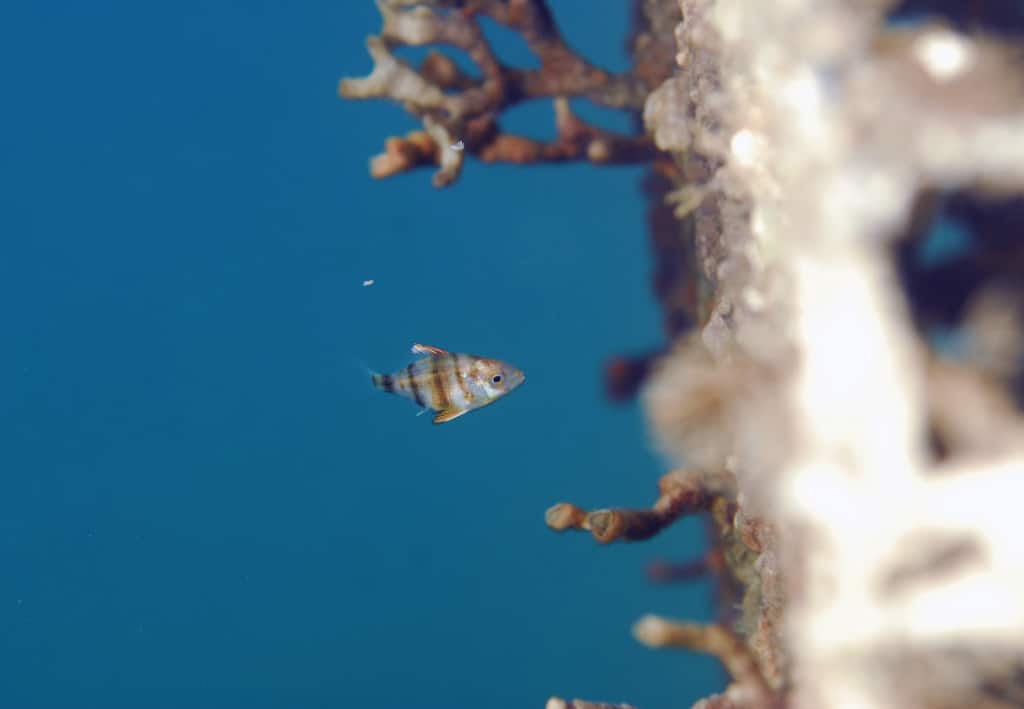 Many of these fish are then released back into the wild once old enough to survive on their own, repopulating regions which lack biodiversity. “We fish. We raise. We release.” So the motto goes. Some are also offered as a local food source, presenting a safe and sustainable alternative to traditional fishing practices.

The team also builds and installs what it calls BioHuts. These artificial habitats – made from 100% recycled materials – are designed to provide a home for fish and other marine animals where natural habitats have been disturbed by human activity.  “The BioHut is an artificial fish nursery. When I was travelling I noticed lots of young fish coming into harbours for example, but without a place to shelter, without diversified sources of food, without a space to grow. The BioHut is a place young fish can go to hide, to eat, and to develop. So now we can use marinas and commercial harbours as an artificial ecosystem to support the important ecological function of rearing fish,” Gilles says. Around 3,500 BioHuts have now been installed, in which over 300 animal species have been observed.

One important aspect of their technology is how simple it is to use. “You don’t need a PhD or to be an engineer to use these tools,” Gilles tells us, “Our technologies can be used by fishermen.” For Ecocean this is all about making their technologies accessible to anyone, promoting sustainable fishing and rearing practices in as many places as possible.

Having proved themselves along the French coasts, Ecocean is expanding its horizons. For one, the team has started installing BioHuts in freshwater and inner city regions, from Alpine lagoons to the canals of Paris. And its commitment to biodiversity is moving beyond borders. “We developed the technology mainly in the Mediterranean sea and in France. But we realised that it’s not only the Mediterranean that needs it, and so we decided to expand. Last week for example we installed 50 BioHuts in Copenhagen harbour, and we’ll add 70 more at the end of August.” The team has now developed projects throughout Europe, as well as in Asia, Africa, South America, and the United States. “Because the more people that are using our artificial infrastructures, the better it is for the marine ecosystem.”

These technologies also provide a vital opportunity for research into biodiversity. With the BioRestore system, the Ecocean team can keep a close eye on population levels to make sure a natural balance is sustained, while BioHuts offer a window into the behaviours and complexities of underwater worlds. As Gilles explains, research and education are the key to raising awareness and creating a brighter future. Ecocean even offers workshops for children, hoping to inspire a new generation of environmentalists. “You can take a BioHut outside of the water, open it, and the kids can see, they can touch, they can smell that there is life. It’s a very powerful tool to raise awareness that places like harbours are actually living ecosystems.”

Since Ecocean was founded, Gilles has enjoyed seeing coastal biodiversity become central to the dialogue on ecology. And with the technology now available, he says there is no excuse for letting underwater ecosystems go unprotected. “Coastal biodiversity is now taken into consideration, which wasn’t the case 10 years ago. Previously, people probably knew that we were harming coastal ecosystems, but there were no solutions. Now there are people who care, now there are solutions, and so now we can do something about it.” 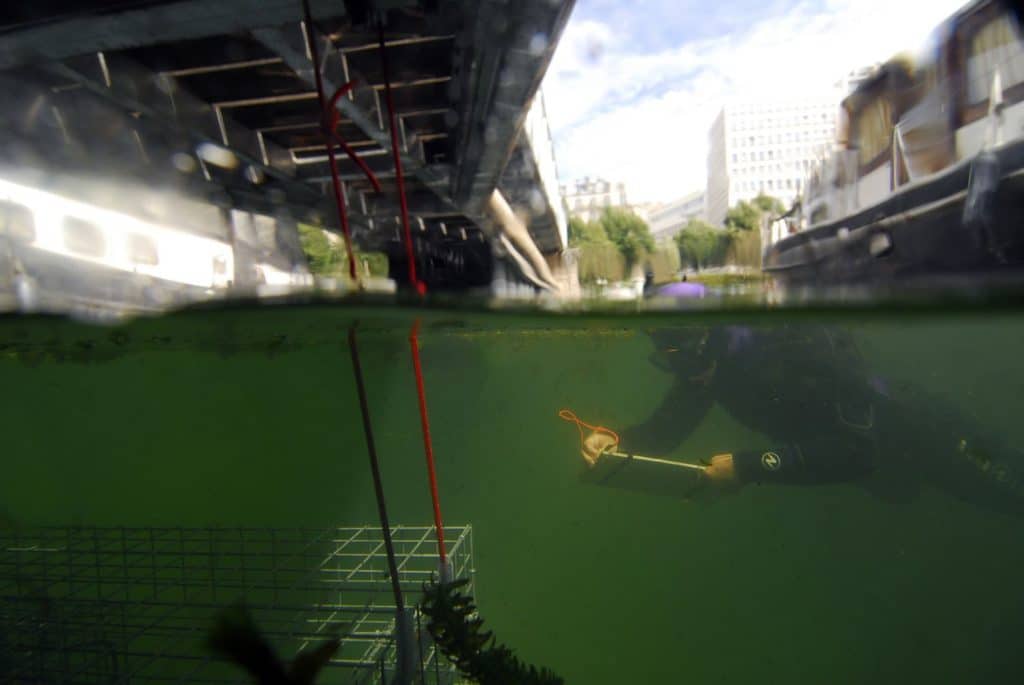 AtlasAction: Find out more about Ecocean’s technologies on their website, explore research into the impact of BioHuts on local ecosystems, or ask your council about installing one in waters near you!

The ResCap project releases gorgonias and soft coral accidentally fished by traditional anglers back to their natural habitat.   The...
See more
Share this project

The ResCap project releases gorgonias and soft coral accidentally fished by traditional anglers back to their natural habitat.   The...
See more