The B-Lines project supports the small wild inhabitants of the British landscape by forging new pathways and regenerating an interconnected habitat.

Since the 1940s the UK has lost 97% of its meadows and grasslands – insects and other invertebrates have not only lost their habitats but have also lost the ability to move between those that are left. The built environment and sprawling industrial and transport infrastructure has isolated natural habitat reserves by forming barriers which are hard for small creatures to cross.

The problem of habitat land-lock is particularly prevalent in urban areas but also occurs with the expansion of agricultural land too. Imagine that your commute to work is interrupted because the roads are blocked or the road simply doesn’t exist – or that you have to circumnavigate a massive car park each time you return home. The United Kingdom is a collection of islands, yet for the countless wild species that co-inhabit them, the islands have been divided further into small pockets of inaccessible habitat, cut-off from each other.

Happily, Buglife have been busy creating a web of wildlands across the UK, an infrastructure for the invertebrates. Their B-Lines project supports the small wild inhabitants of the British landscape by forging new pathways and regenerating an interconnected habitat. B-Lines are a life-line for bees, butterflies, hoverflies and countless other invertebrates that depend on swathes of wildland that were previously scarce and disconnected. 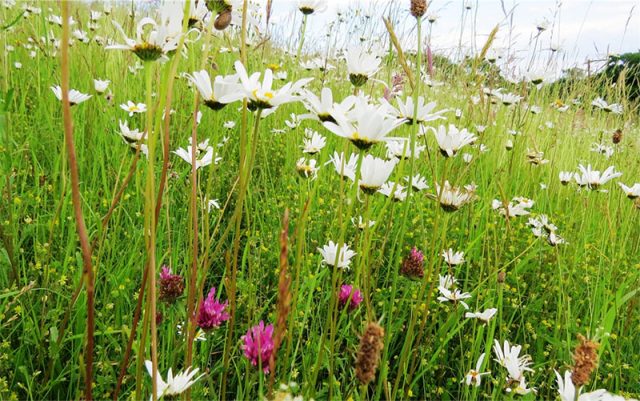 In total the interconnected B-Lines will cover the UK with an area as large as Gran Canaria Island (1,500 square kilometres). Through identifying and selecting land areas with restoration potential, citizen activists and community volunteers led by the Buglife team have created a series of flower-rich ‘insect pathways’. These restored habitats act as stepping stones that allow invertebrates to hop around industrial obstacles and to move over long distances. The B-Lines project is literally connecting the dots to form a passable network that stretches over the entirety of the UK.

By conserving and protecting invertebrates and by allowing them to populate new habitats, our communities can become more resilient to climate change too. The removal of restrictions to movement means that these invertebrates can support other wildlife groups and plant species that depend on the ecosystem services they provide. They help farmers through pollination and a myriad of other actions too. Bringing nature to people and people to nature gives opportunities for everyone to play a part. We just need to get connected to the B-Lines maps to see how. 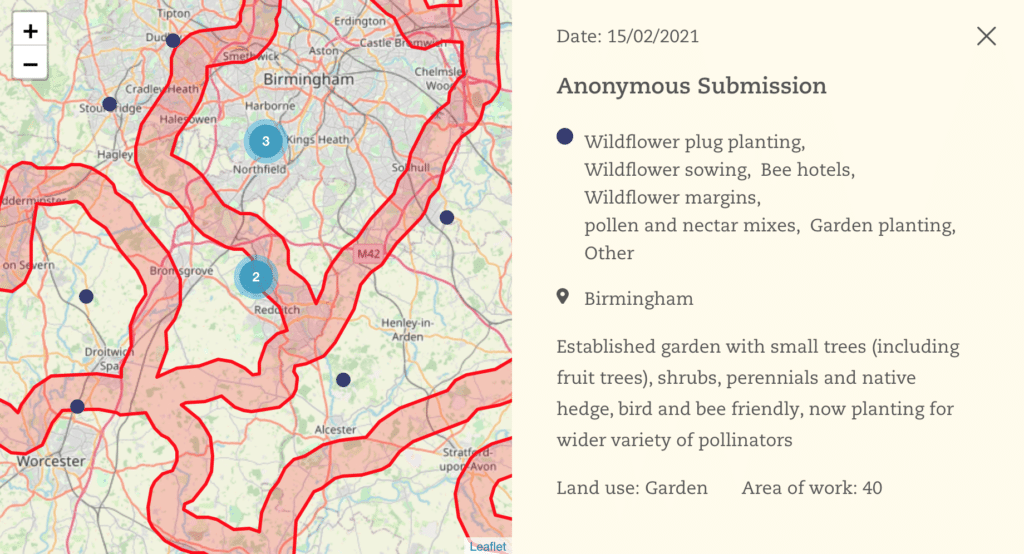 Buglife’s campaigning began in the early 2000s. By focusing on regional conditions, as they’ve done in their work in the East of England and the Midlands, they’ve been able to generate targeted responses, create regional policy interventions and achieve on-the-ground conservation impacts. You can now track some of these actions on their maps by zooming into regional projects like that of the East and Midlands, where B-Lines are helping to protect remaining heathland from agricultural expansion. Community groups maintain the area for its unique and wildflower rich landscapes. A focus on regional conditions and particularities allows for targeted responses.

The city rooftops of London and Glasgow offer another opportunity to help forge a new future for invertebrates looking to forage and migrate. The Living Roofs for London’s Wildlife project can help support the return of birds and endangered species like the Brown-Banded Carder Bee. Budding architects can check out the best practices for green roofs guide. 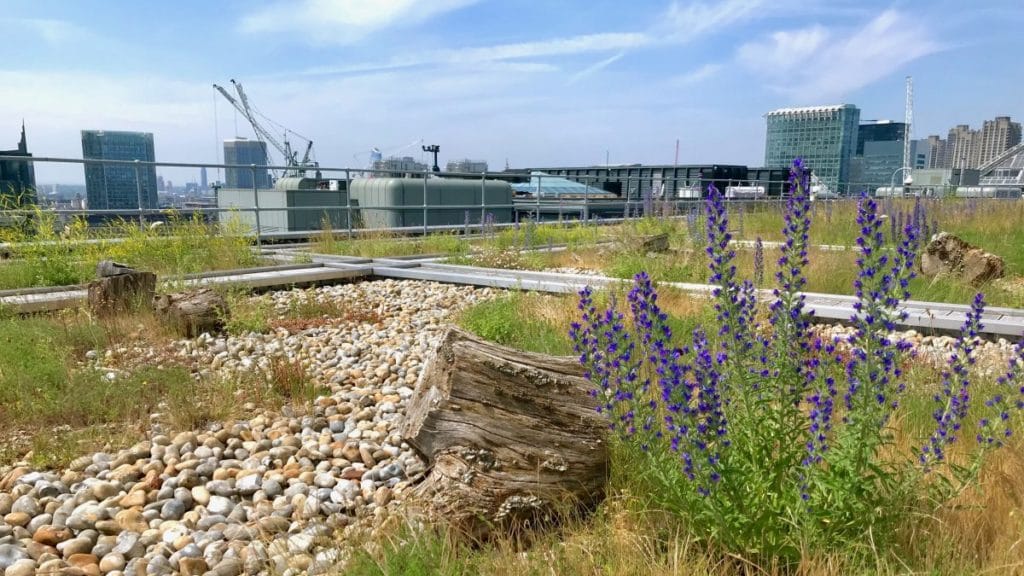 In the South, the warm coastal climate, chalk downs and large number of ex-industrial (brownfield sites) offer great potential for creating conservation sites and linking them into B-Lines. The Landscape for Wild Pollinators and Farm Wildlife project, for example, helps farmers and landowners get connected and highlights the importance of insects in the food chain. The project estimates that 84% of EU crops (valued at £12.6 billion per annum) benefit from insect pollination. Insects are also an important food source for other creatures such as bats.

Meanwhile in Northern Ireland, the ‘Don’t Mow Let it Grow’ campaign focuses on semi-natural grassland by encouraging landowners, farmers and stewards to leave road verges to produce wildflowers. Around 70% of Northern Ireland landscape is improved grassland that has been intensely managed for increased productivity. By reducing interventions and leaving time for wildflowers to return each year this B-Line area will become a large-scale haven for invertebrates. 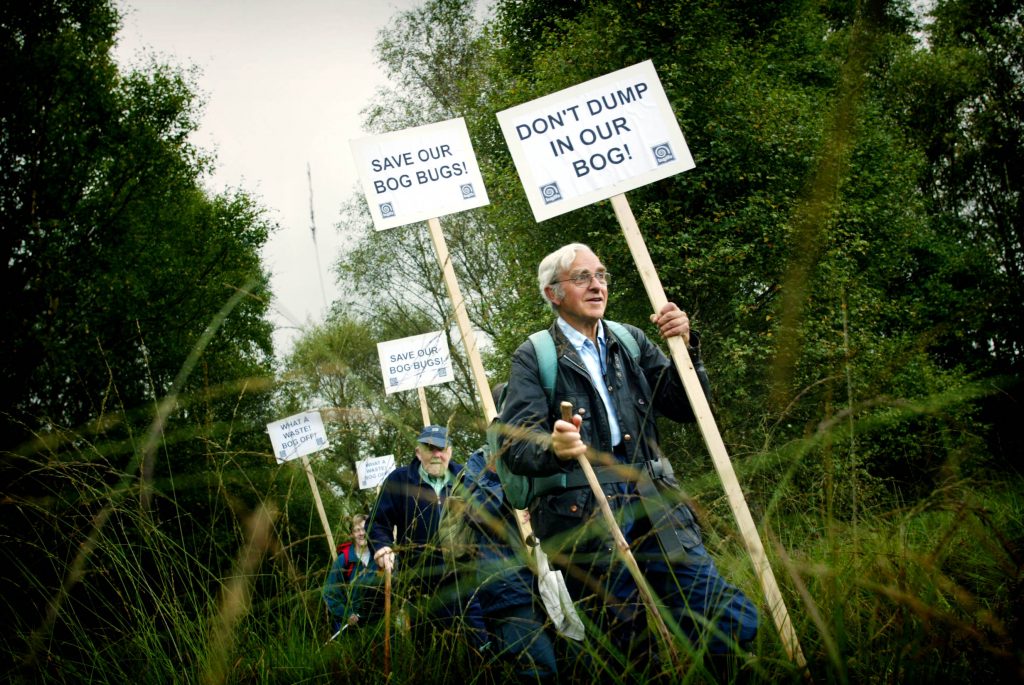 The B-Lines group has a legacy of action stretching over two decades and includes international successes such as persuading eBay to remove illegal insecticides from their site. Their expertise has now become as broad ranging as the problem is pervasive, with members ranging from activists and finance professionals to entomologists and lawmakers, pitching-in support from all over the UK. Their campaigns champion the small things that do big work to keep the natural world going, from coasts to farms to inner cities. 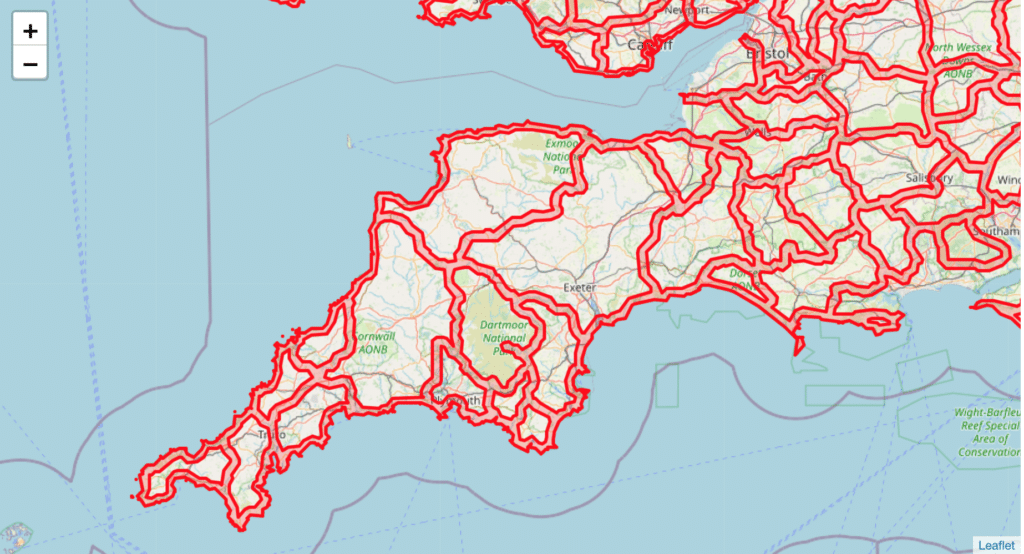 AtlasAction: Visit the Buglife website: it’s packed with useful resources and ways to get involved.

Jonathan is a practicing architect and designer, he works towards ecological restoration and transition design. He leads European projects focusing on agricultural technology and runs an Agro Forestry research project from his home in south catalonia. He is the founding director of applied research group www.ecologicalinteraction.org.

Ecocean are dedicated to protecting - no prizes for guessing - ecologies of the ocean. Experts in the art of...
See more
Share this project

Ecocean are dedicated to protecting - no prizes for guessing - ecologies of the ocean. Experts in the art of...
See more