The power of storytelling is no joke, and Paul Goodenough decided to harness it for a straightforward cause: saving as many species from extinction as humanly possible in 12 months.

Back in 2019, the award-winning, double Emmy-nominated producer and writer was sitting on a train, “just devastated by how little media attention was being given to species loss.” He realised that if he wanted things to change, he couldn’t just stay put waiting for others to act. Before the ride was over, he’d decided to step up and “give it everything I had.” 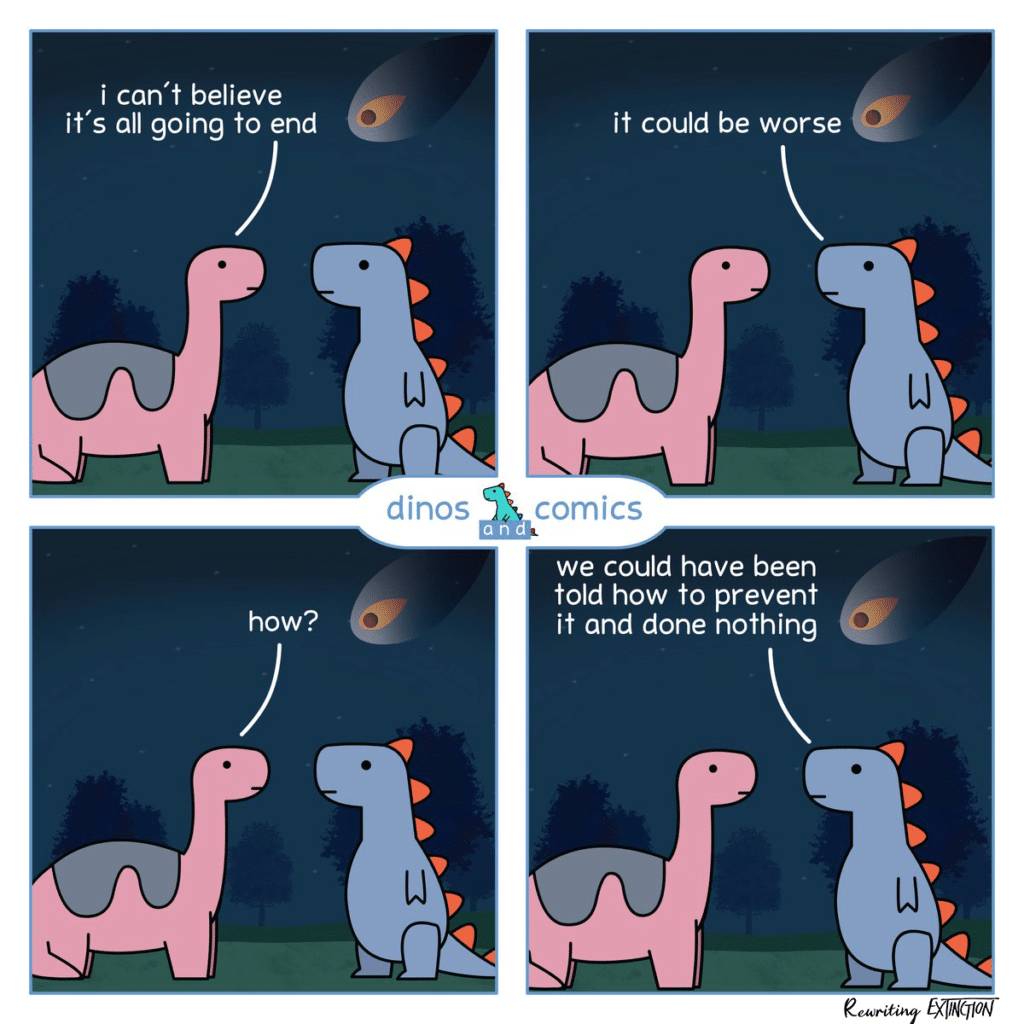 Could Have Prevented by Dinos and Comics

By June 2021, he’d gathered a community of artists, celebrities, Indigenous leaders, activists, scientists, and more, decided to bump biodiversity loss to the top of our collective agenda, one comic strip at a time. The list of 300 contributors includes names the likes of Alan Moore, Moses Brings Plenty, Ricky Gervais, Taika Waititi, Cara Delevigne, and Jane Goodall.

To prove that extinction isn’t inevitable if we address the issues that we can solve immediately, they pledged to raise enough money in one year to fund 7 projects that tackle both the climate and the biodiversity crisis. All the projects offer permanent solutions to protect and rebuild ecosystems so “once they’re done, they’re done,” explains the website.

The 12-month campaign is powered by creativity and collaboration. Every week, artists collect stories from environmental voices across the globe and turn them into comics to publish on social media. The strips raise awareness and build empathy by tapping into all sorts of human emotions: you’ll find hilarious stories and tongue-in-cheek jokes but also powerful calls to action and depictions of the heartbreaking realities of the Anthropocene. Now they’re all in a book, The Most Important Comic Book on Earth: Stories to Save the World, out on October 28. 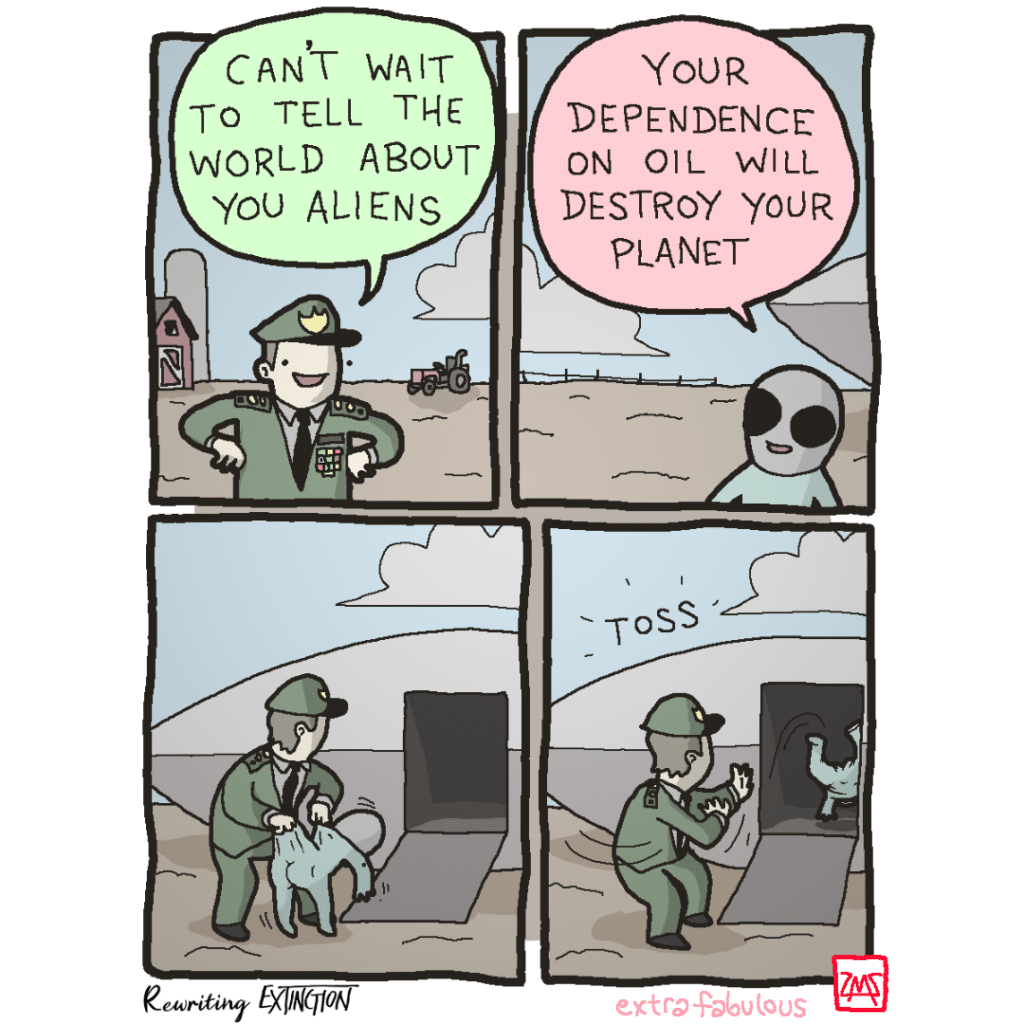 The funds raised online go directly to support projects run by the experts — Rewriting Extinction powers initiatives organised by Rewilding Europe, Reserva: The Youth Land Trust, Greenpeace, and more. 100% of every donation goes to protecting species and ecosystems, and donors can follow the progress of the projects they decide to chip in for on the website.

To protect biodiversity and our future, Paul explains that the projects work on the 3 reasons for extinction that we can control right now: laws & practices, land, and restoration.

While small changes in antiquated laws can help shield species from damage, Rewriting Extinction’s partnership with Greenpeace aims to drive “big legal changes to protect 30% of the world’s seas and oceans.” Meanwhile on terra firma, comics are helping World Land Trust buy land, “safeguarding it forever and giving it back to the Indigenous people who live there.” Finally, 5 global initiatives are aiding key species with targeted human interventions to “save entire ecosystems” through rewilding, breeding, and reintroduction programmes. 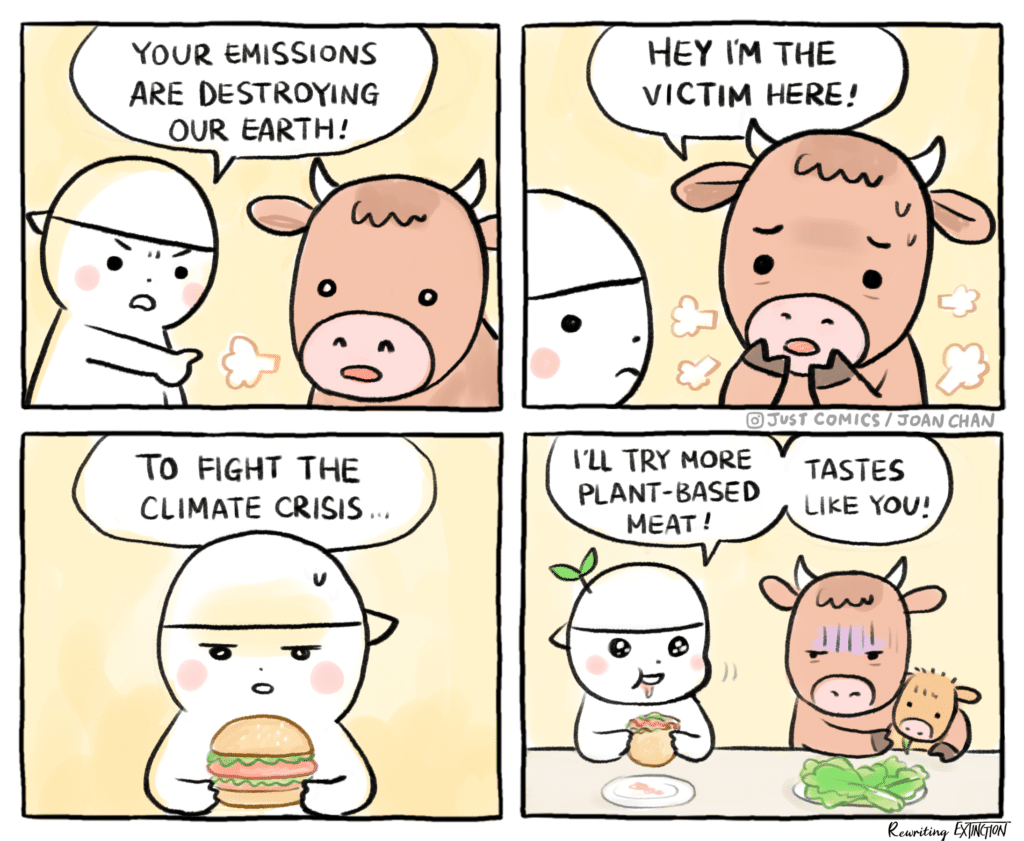 Paul tells us that the project’s greatest achievement is “reaching communities and people who’ve never engaged with environmental matters” before and now care and want to help. “They just needed a different way ‘in’ — and we’ve given them that.” Their recent Bear Bile comic with Jenny Jinya and World Animal Protection, for example, had millions of views and moved a global audience into action — “I have to pinch myself every time I think about it.” 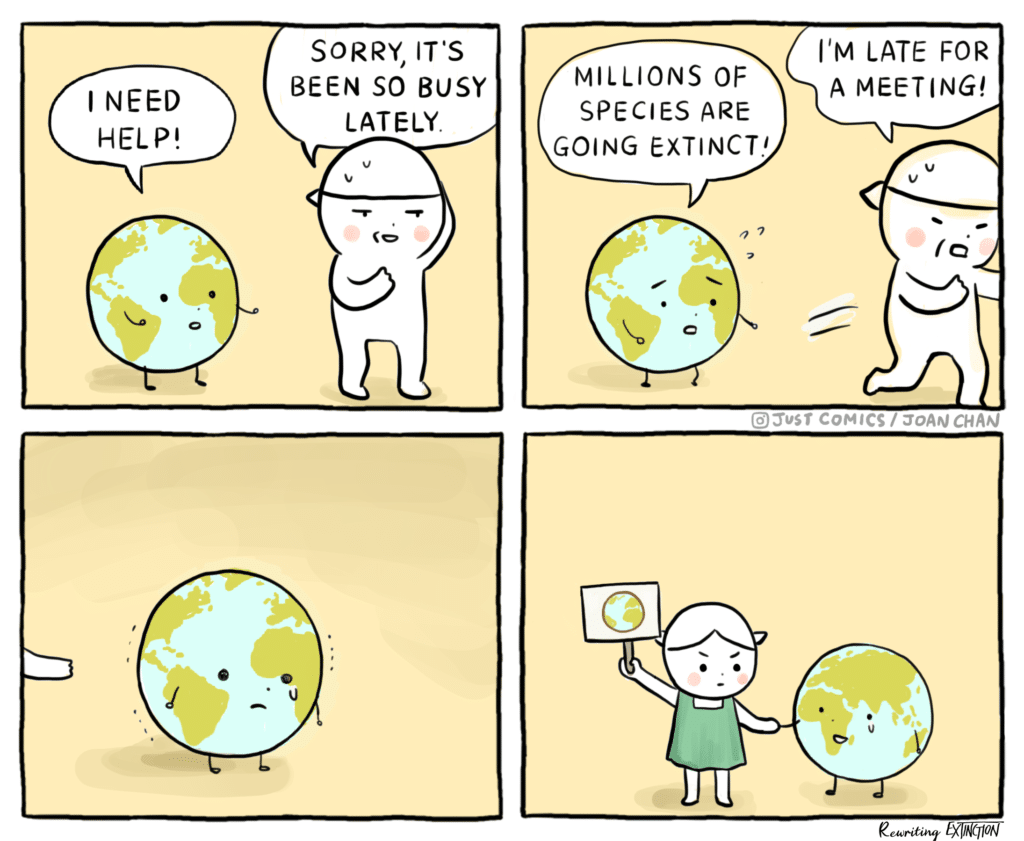 “Art need not be fiddling while the world burns. Art can link with science and the full power of human...
See more
Share this project

“Art need not be fiddling while the world burns. Art can link with science and the full power of human...
See more