As sequestration startup Carbo Culture sees it, nature already does a kickass job of capturing CO2. Perhaps the most innovative thing we can do is simply give it a hand?

Fun fact: 70% of carbon in the average American’s body comes from corn. Isn’t that a-maize-ing? 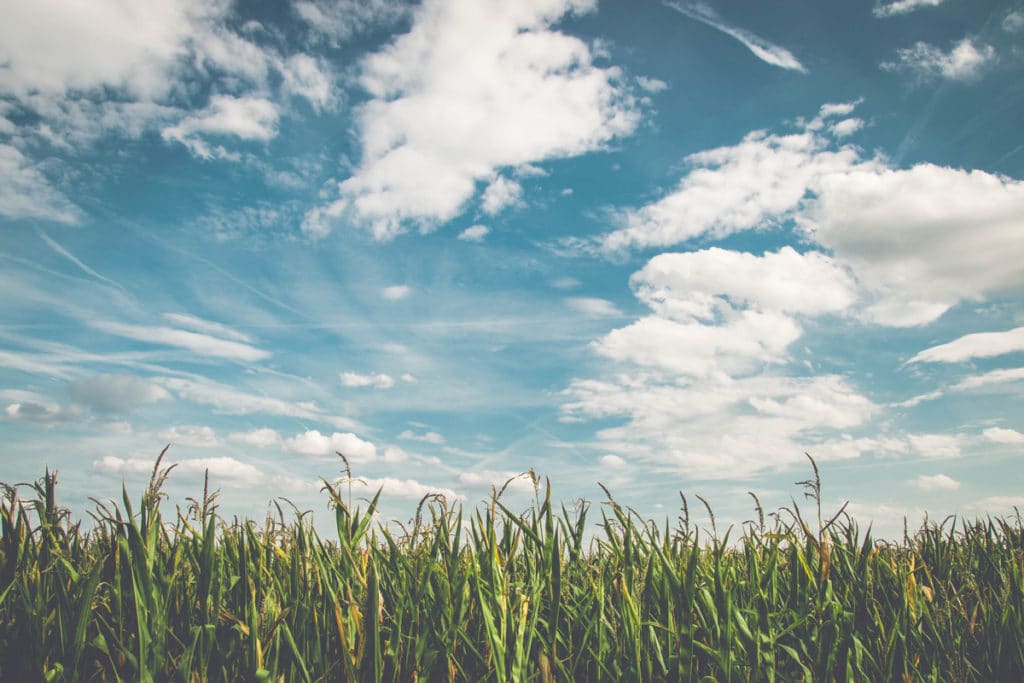 Carbon is life. We’re made of it, we eat it, we make steel out of it. Unfortunately, we also use a lot of carbon-based fuels, so we burn it too. All that CO2 ends up in the atmosphere, pushing the planet’s temperature up. Earth is the pot of water, and we are the unfortunate frog. Tackling the hefty issue requires quick thinking, but as sequestration startup Carbo Culture sees it, nature already does a kickass job of capturing CO2. Perhaps the most innovative thing we can do is simply give it a hand?

In addition to being an economist and entrepreneur, Carbo Culture CEO Henrietta Moon is also a sea captain. She possesses the necessary calm for braving environmental storms of this magnitude. Atmospheric carbon is “the overarching problem” she says, recalling the startups origins together with her co-founder, mechanical engineer Chris Carstens. “It impacts everything; global security, health, poverty, food production, that’s why we chose to focus on climate change,” she explains. 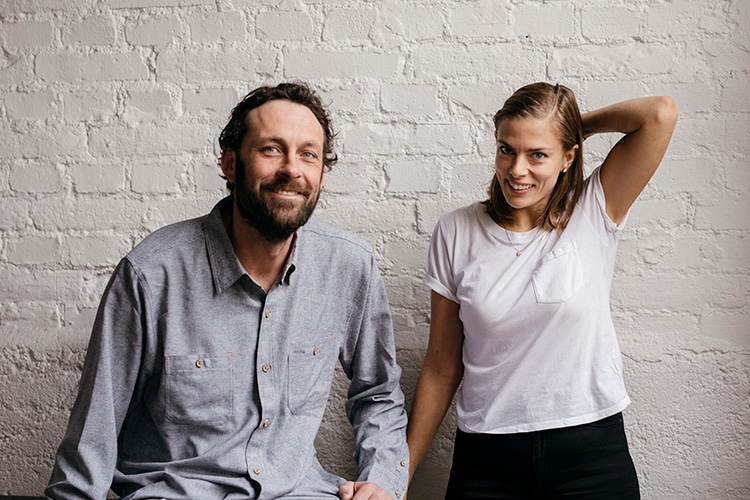 With so much at stake, is nobody else trying to tackle the issue? “There are a handful of companies trying to do this, we’re one of them,” Henrietta says. Other start-ups are not so ambitious, however. Carbo Culture’s aim is to sequester one million tonnes of CO2 by 2025. After that, “we’re aiming to remove a billion tonnes of carbon from the atmosphere by the end of the decade.”  Their weapon of choice? Biochar.

Biochar is charcoal on steroids. It is formed when biomass (animal and plant material) is pyrolyzed without oxygen. During the natural carbon cycle, organic materials break down, with around 1% of the element ending up back in the earth. The remainder is released into the air as a gas. By intercepting this process, Carbo Culture is able to capture 50-60% of the carbon before it ends up in the atmosphere. The end product is a functional biocarbon; the primary emerging market is the agricultural sector. 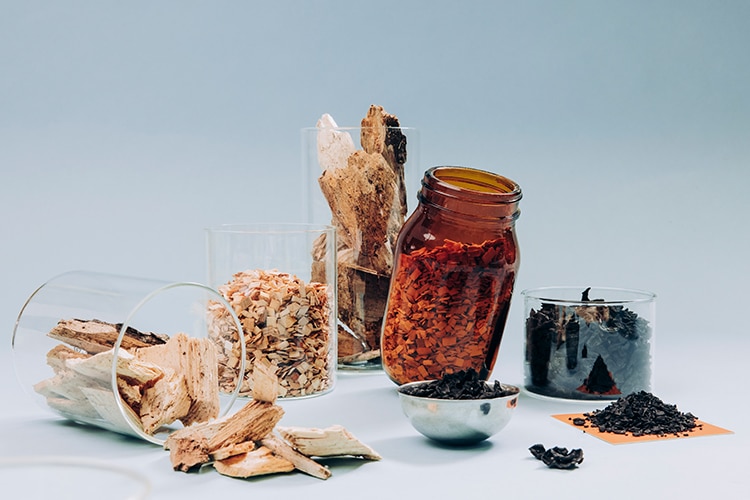 Biochar is a way for farmers – often scapegoated for the climate crisis – to adopt planet-friendly solutions to the problem. Mixed with fertiliser, biochar slows down the release of nutrients, helping to reduce the eutrophication of surrounding waterways, preventing problems such as toxic algae blooms. Giving livestock 1 to 2% biochar with their regular feed helps to settle stomachs, reducing methane emissions, and improving their gut microbiome – this means bigger, healthier (and more fragrant) cows.

Farming practices such as tiling can cause chaos for microorganisms in the soil. Adding biochar to areas of lower-quality, non-arable land creates structural soils that facilitate the exchange of nutrients between plant and microbial organisms. This cheers up the entire microbiome,  transforming struggling fields into viable cultivation spaces. Happy soil makes for healthier plants, which then gobble up carbon more efficiently, just as nature intended. It also reduces atmospheric levels of nitrous oxide, another GHG making significant contributions to global warming.

The best part is that biochar can keep carbon stable in the ground for around a thousand years, with no need to replace it – one less thing to worry about! 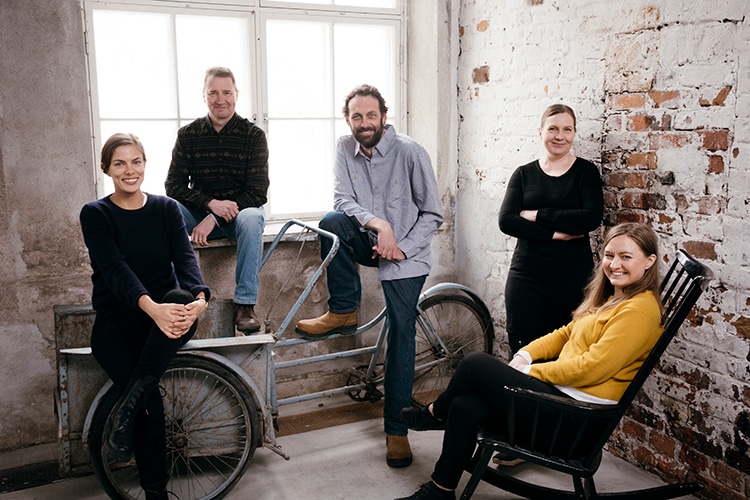 The project’s current pride and joy is it’s testing site. “We’ve built an R and D pilot facility in California, which we’ve been able to scale up 8x, it’s the size of a shipping container,” Henrietta enthuses. The facility has been critical in ensuring that biochar is up to the task:  “We’ve proven the technology, we know that it works” she notes.

The idea itself is not new. Way back in 500BC, Amazonian tribes utilised charcoal in order to create a healthier, regenerative topsoil, allowing them to grow crops in the middle of otherwise infertile forest areas. Carbo Culture’s challenge is to bring an updated version of the practice to the masses. “Building a commercial facility is the biggest hurdle, so that is what we’re focusing on at the moment”, Henrietta explains.

The company’s technology consists of a portable biomass reactor, which can be moved to the site of the fuel. This saves transporting tonnes of organic waste to a processing plant, helping to reduce CO2 emissions even further.

As miraculous as it is, making biochar homogeneous and reliable is tough to do while using different biomass feedstocks (peach pits, walnut shells, maize etc.). Obtaining consistent carbon capture from mixed materials is like trying to roll the same number on a die 1,000 times in a row. The reactor is capable of processing these different source materials, however.

Cooperation is key to overcoming setbacks.“It’s not easy to be remote. But our team is pulling really well together, they’re motivated, they have their eye on the prize.” The group’s strong foundation has been even more critical since the COVID-19 pandemic hit. “We’ve had a lot of delays. It was a long time before we were allowed or able to resume redevelopment at the pilot facility, to have people working there again.” says Henrietta.

With such a necessary focus on the present, future thinking had to take a back seat for a while: “All climate funding froze for several months while we [as a planet] tried to figure out what was going on,” Henrietta recalls. “The team has managed to be resilient, they’ve been super adaptive.”

AtlasAction: There’s still work to be done, though, and it helps to have as many people on board as possible. “We’re setting up a community database for volunteers, public experts, university professors, so that people can bring the skills that they have.” Follow Carbo Culture on Twitter for news updates and podcasts.

The Source farms in harmony with the land, its flora and fauna, and its local community.   In the Saint...
See more

The Source farms in harmony with the land, its flora and fauna, and its local community.   In the Saint...
See more