Manq’a know that if you’re proud of your products and country – and try to make that pride contagious – you can improve working and living conditions for producers as well as create opportunities for hundreds of young people. So they’re making Bolivian gastronomy a driving force in development.

When culinary entrepreneur and food activist Claus Meyer extended his wings to include South America in 2012, little did the co-founder of two-Michelin-star restaurant Noma know that his plan to create social innovation through gastronomy would champion more than 3,500 new cooks trained in 12 culinary schools across Bolivia and Colombia just six years later. 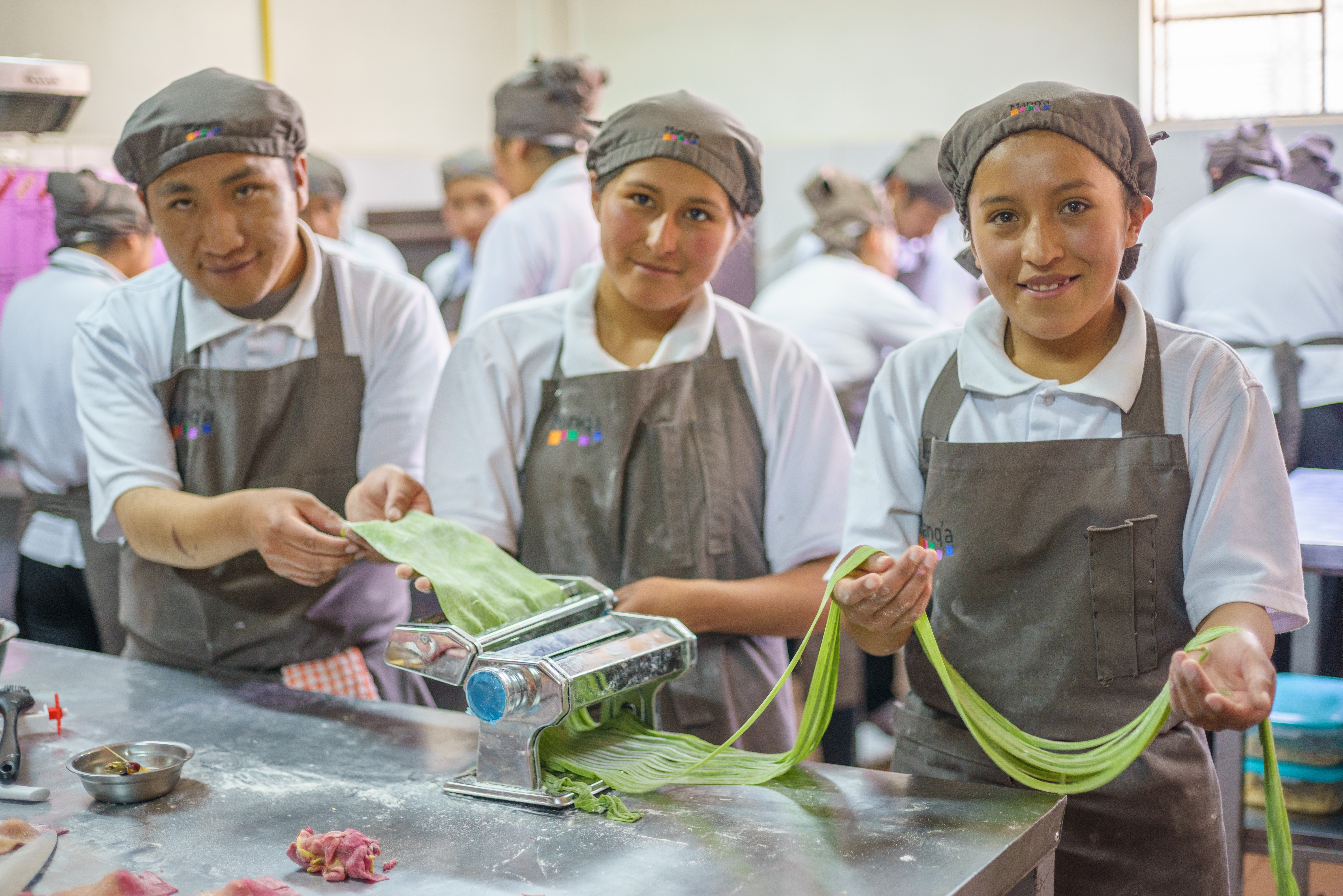 While Gustu – considered to be Bolivia’s top restaurant that has consistently ranked in Latin America’s 50 Best Restaurants list for the past five years – started out carrying the baton for Meyer’s gastronomic activism, Manq’a Cafeterias and Schools keep the sprint up.

Sumaya Prado is the director of Melting Pot Bolivia, Meyer’s non-profit that kickstarted Manq’a and is backed by Cooperación Holandesa ICCO Sur: “When Claus created ‘New Nordic Cuisine’ – and was successful with it – he thought he could meet wider objectives by removing the word ‘Nordic’. He started to look for countries where he could replicate that model but adhering to certain conditions: an unknown food heritage and undervalued cuisine, for example. He chose three countries – Ghana, Nepal and Bolivia – and the first country he visited was ours. In Bolivia, he not only found gastronomic diversity and tasty dishes sold on the streets and in markets, but also encountered people who welcomed the opportunity to learn, and so he stayed. Bolivia is culturally and biologically diverse with the potential to be productive; in Bolivia, Claus found the country he was looking for.”

Meyer’s first Bolivian project was Gustu School in 2012, an haute cuisine culinary school for low-income students. Graduating 46 subsidised students on the two-year course, unfortunately it couldn’t financially sustain paying for scholarships, accommodation and living expenses, plus it only educated a small number of people: enter stage right a more inclusive culinary programme in the shape of Manq’a. 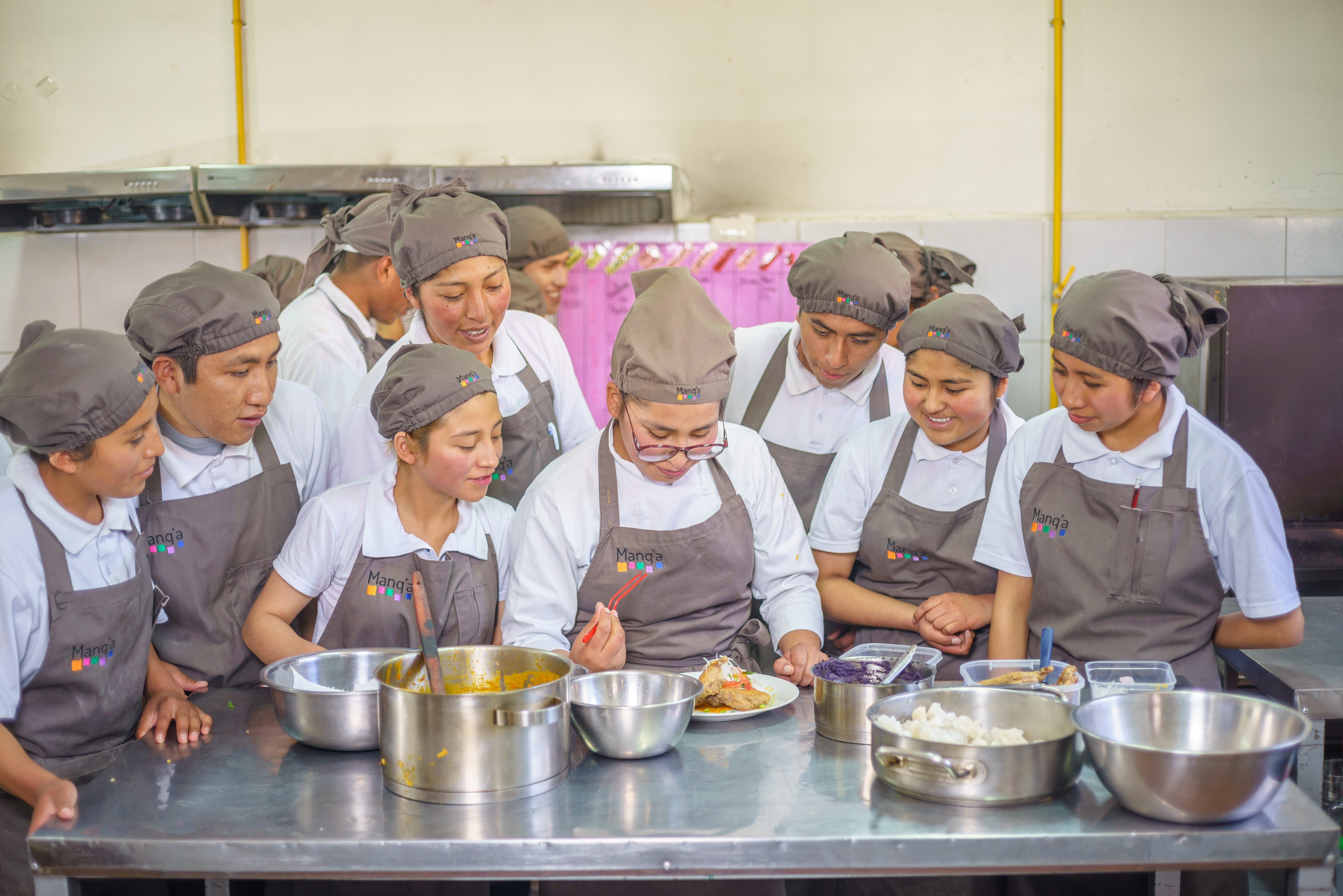 Sumaya says: “We set up Manq’a two years later to train teenagers and young adults from marginal and vulnerable communities on a scheme that focused on inclusion, opportunity and sustainability. Besides the fact that these youngsters would unlikely ever have the chance to participate in this additional type of education, they often have a poor diet or suffer from malnutrition. Going to Manq’a – which translates as ‘food’ in the Aymara indigenous language – gives them a trade plus the chance to find a dignified job at the end of the course.”

Manq’a’s reach is far greater than the original two-year Gustu course: the training period learning basic culinary skills comprises five-and-a-half months. This inclusive slimmed-down approach paid off. “By June 2018, we’d graduated 3,500 students and 58 percent of them are now working in kitchens and gastronomical environments,” adds Sumaya. “More than 80 restaurants and canteens have hired our students.”

It’s not just about formal education, but also health education and revitalising Bolivia’s cuisine in one smooth hit. Given that each school houses a cafeteria where students cook and serve up Bolivian dishes every day, Manq’a has served up 45,800 healthy lunches such as llama jerky so far, while promoting native ingredients sourced directly from rural producers. 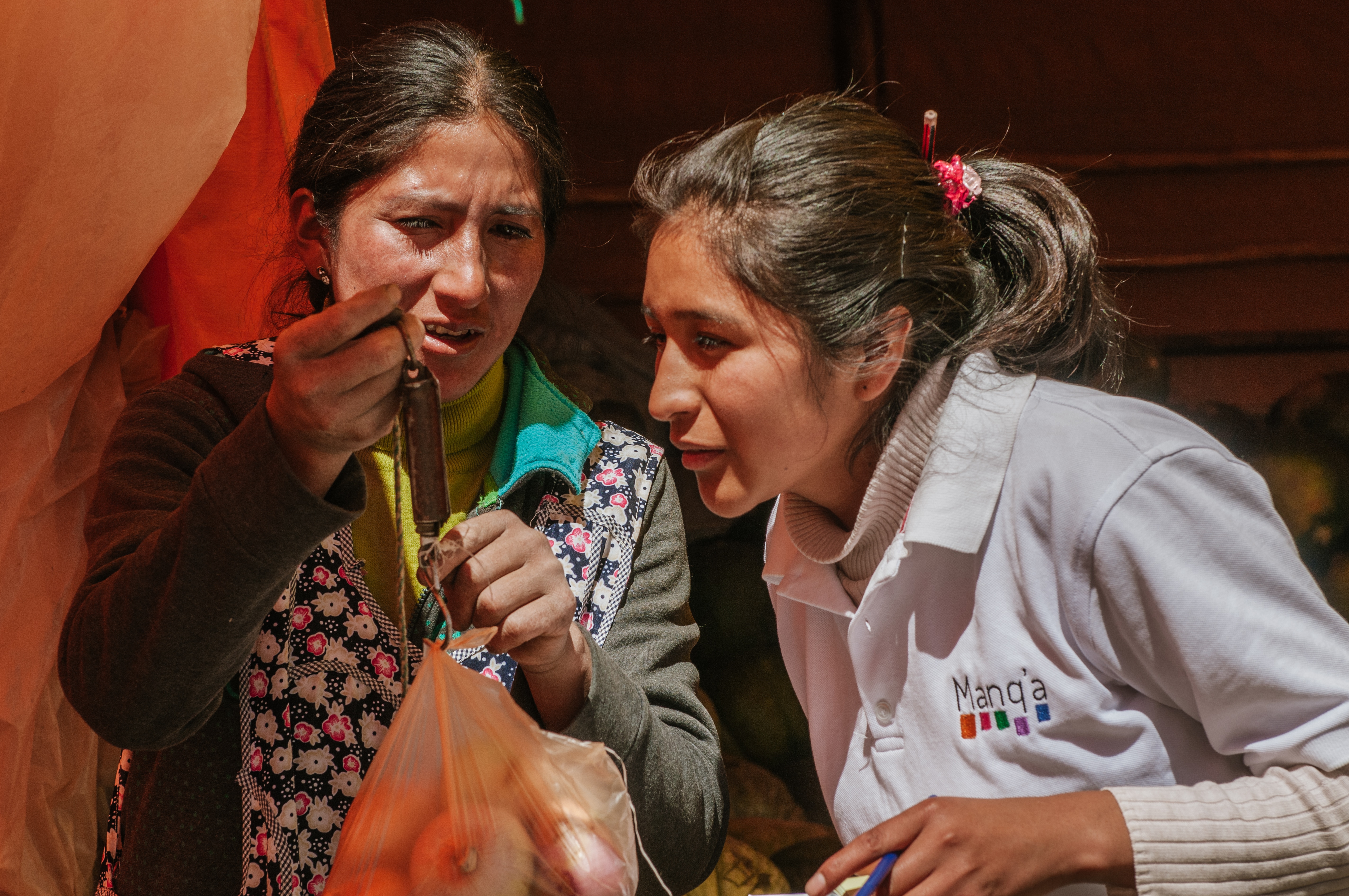 With 10 Bolivian cooking schools under its belt, including one in Sucre and an additional two in Colombia, Manq’a now has set its sights on other Latin American countries. Sumaya says: “Our objective in Bogotá and Cali is to help victims of the civil war receive culinary training and find a dignifed job in this new stage of peace that Colombia is now going through. Other countries have also approached us about developing Manq’a so we hope to roll out new projects soon.”

Manq’a itself is close to being totally sustainable, given that the school have also turned catering into a business venture; an important step in becoming totally independent, according to Sumaya. Volunteers can get involved by running leadership, self-confidence or business management workshops that students attend to bolster their culinary education. 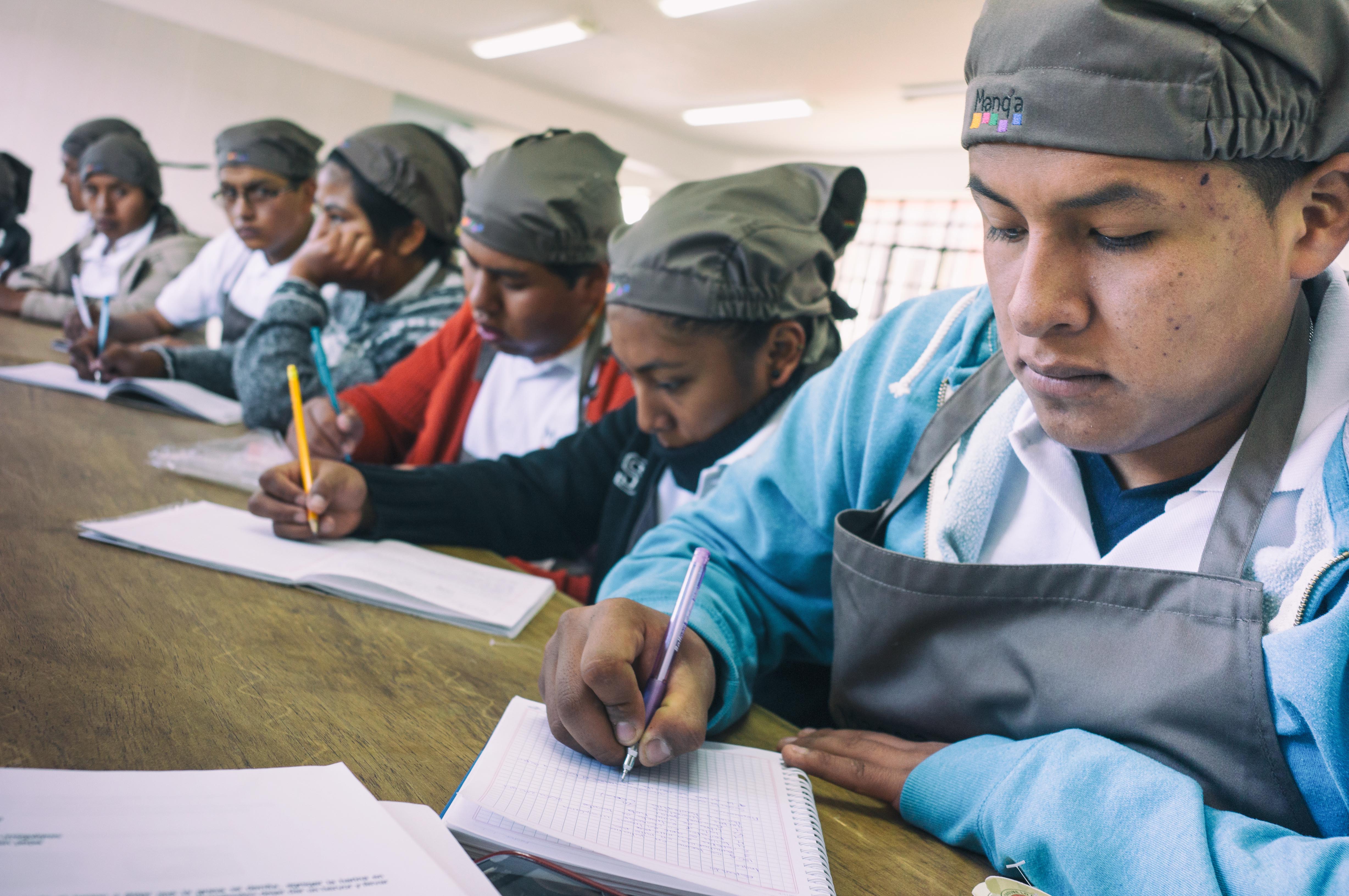 As for the role of culture and creativity in creating a better future for all, Sumaya adds:

“My work isn’t about receiving benefits but changing lives. As our founder Claus Meyer said, ‘it’s more important to touch one life than earn a million dollars.’ Seeing our Manq’aitas (Little Manq’as) and Gustusitos (Little Gustus) grow and become successful, being proud of them, my country and what it produces is extremely satisfying.”

Given that Meyer visits all the Manq’a schools and cafeterias at least once a year, he would likely share that sense of pride and satisfaction.

Check out this YouTube video explaining Manq’a’s role (in Spanish):

Manq’a opened a social restaurant in La Paz employing graduates from the schools in El Alto and Sucre. The menu includes Bolivian ingredients only and offers vegetarian options.

In 2021, Manq’a restaurant was included in the UN Food System Summit list of 50 Best Small Businesses: Good Food for All, which celebrates ‘inspiring, diverse, and impactful solutions in improving access to healthy, sustainable food.’

To date, over 5 thousand chefs graduated from 13 Manq’a schools in Bolivia and Colombia.

Sorrel Moseley-Williams is a freelance journalist and sommelier based in Argentina, found on the pages of Monocle, La Nación, Decanter, The Independent and Condé Nast Traveller among others.

A mile in my shoes

"It's just as important listening to these stories as it is fairy tales." Today there’s an increasing recognition of the...
See more 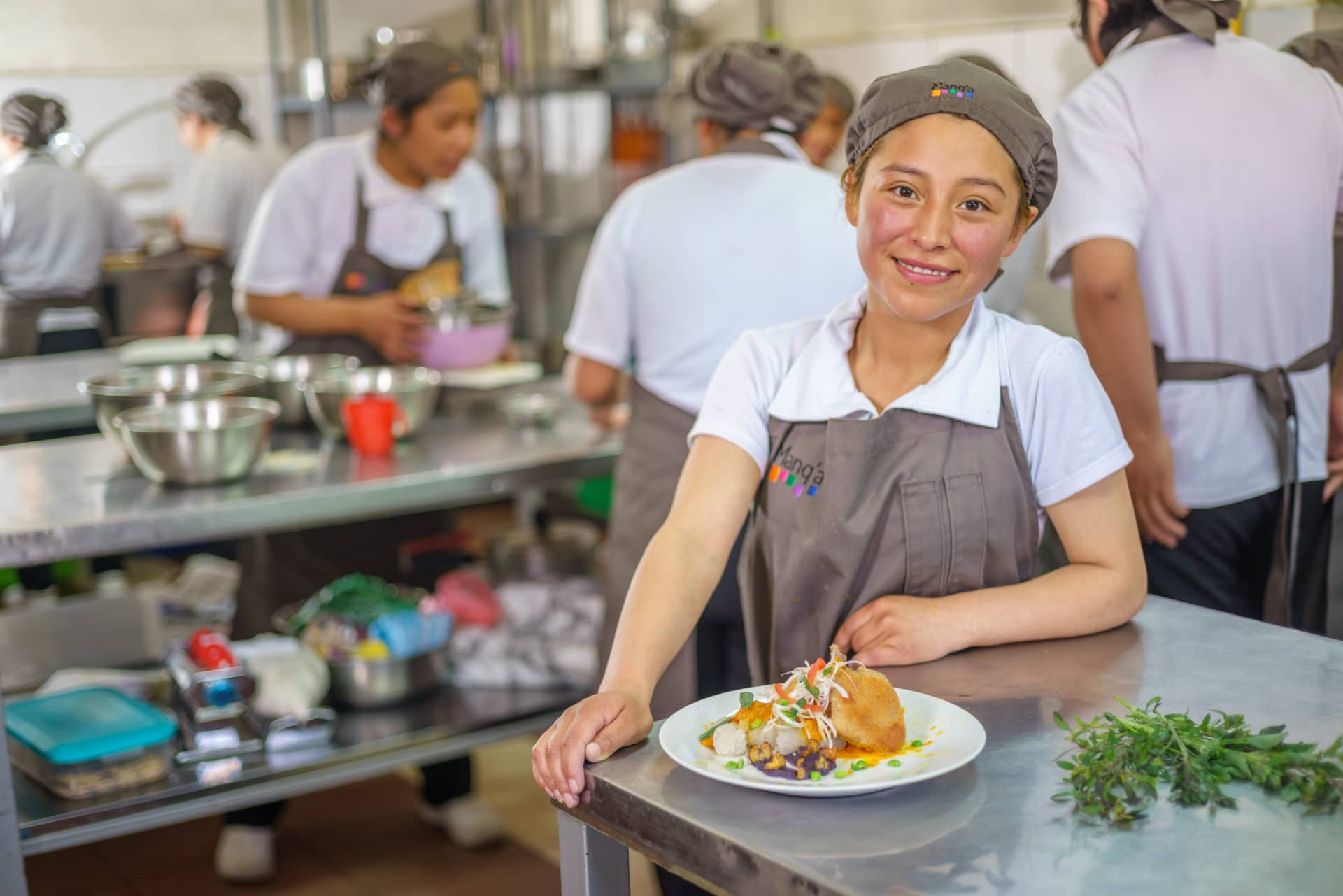 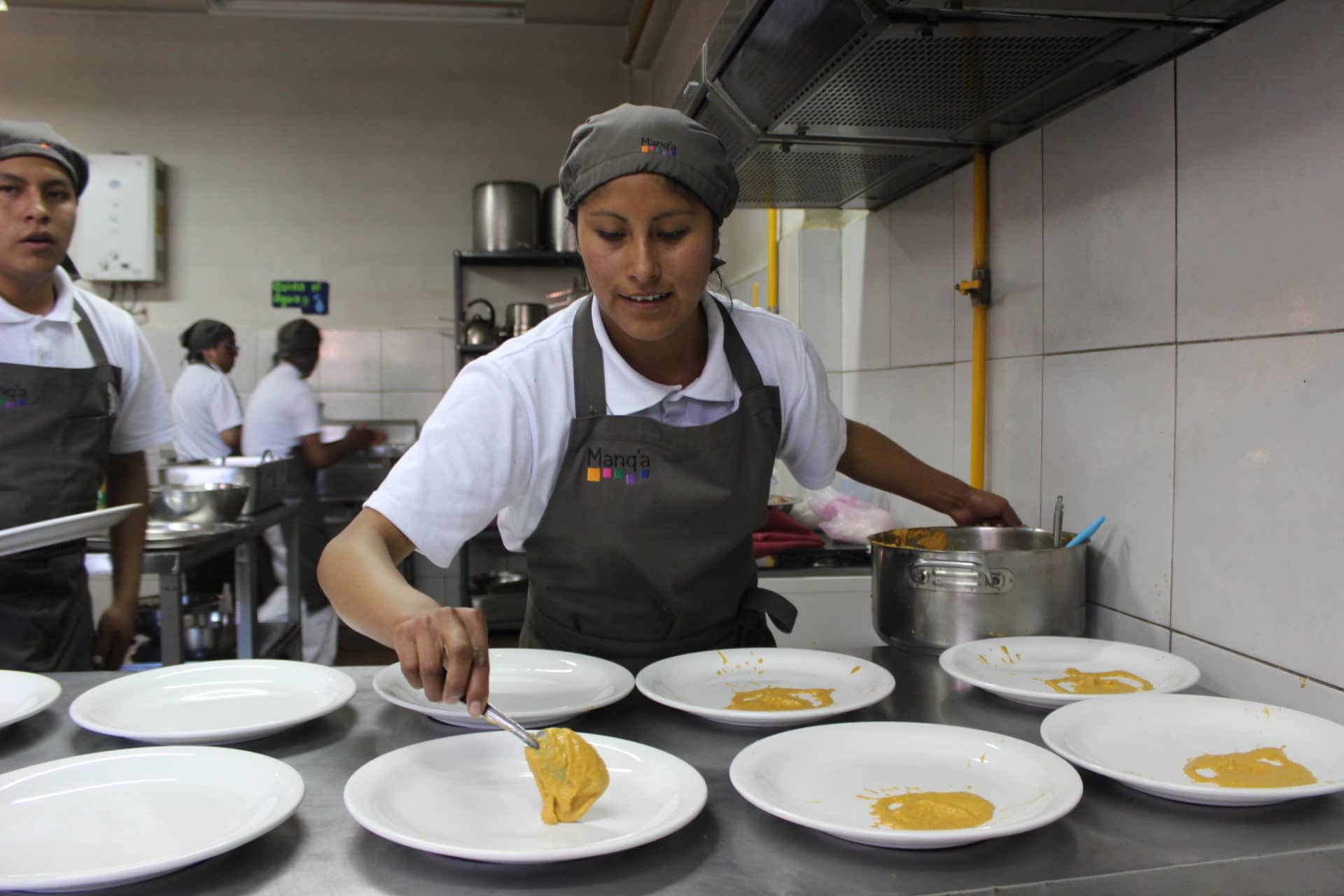 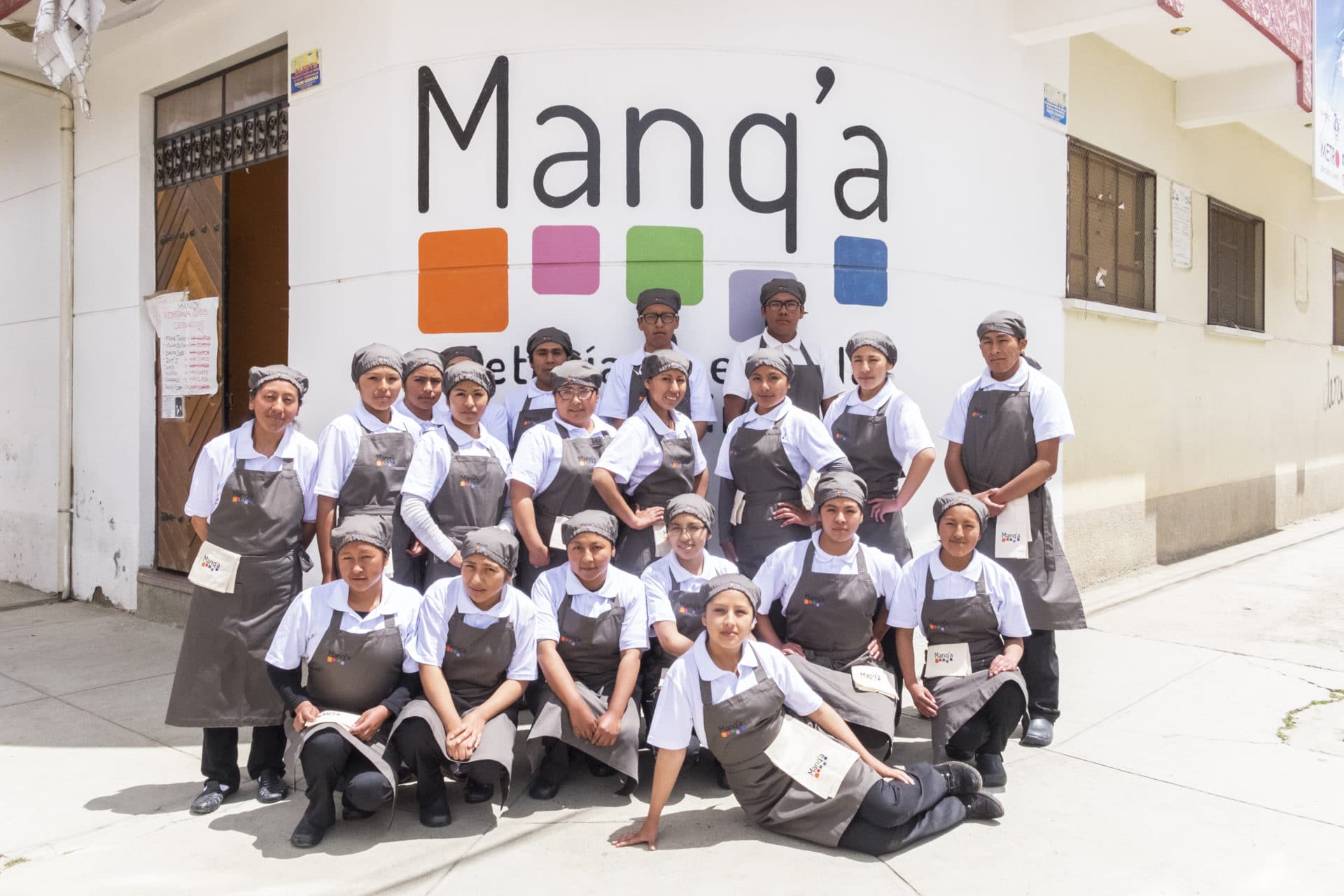 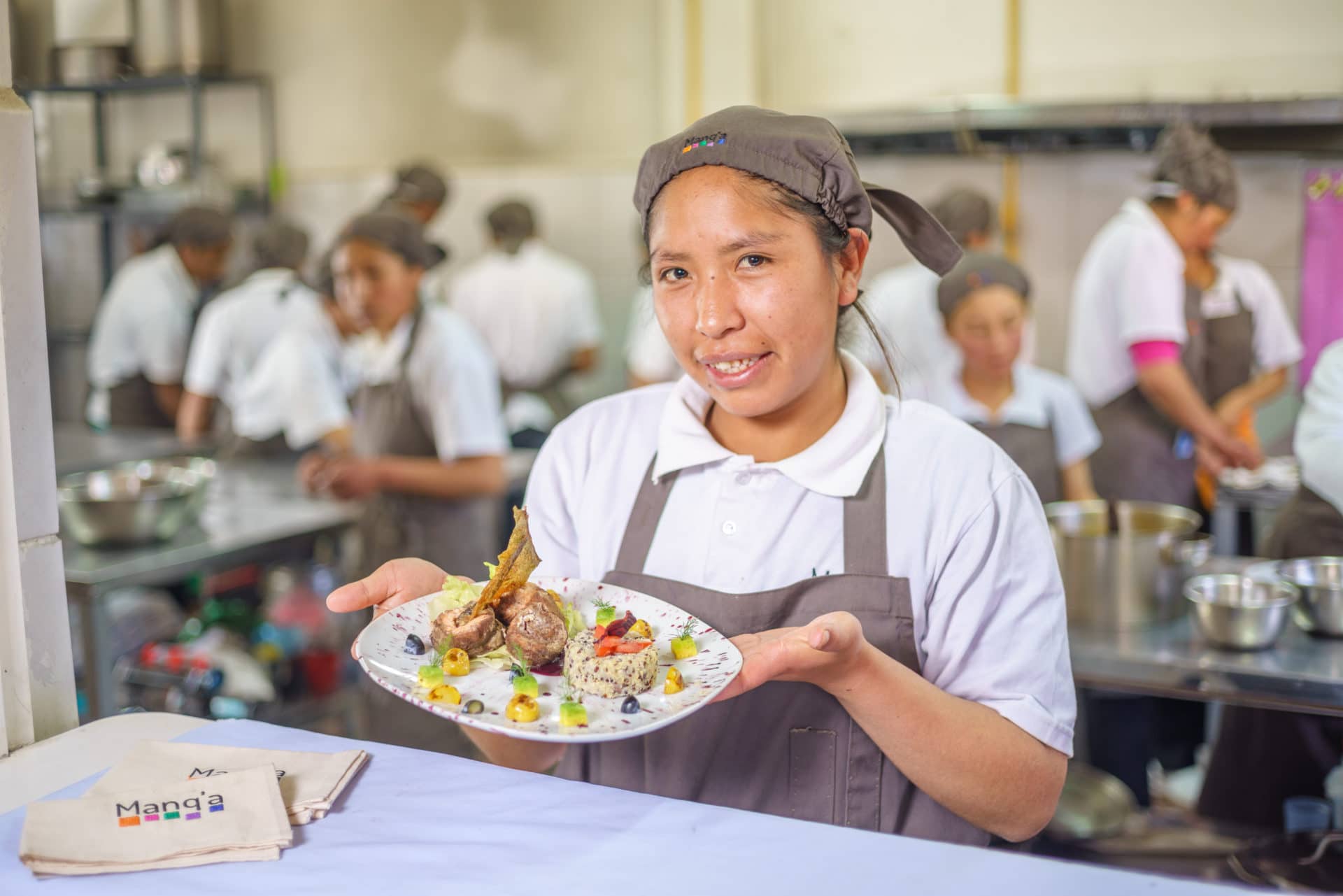 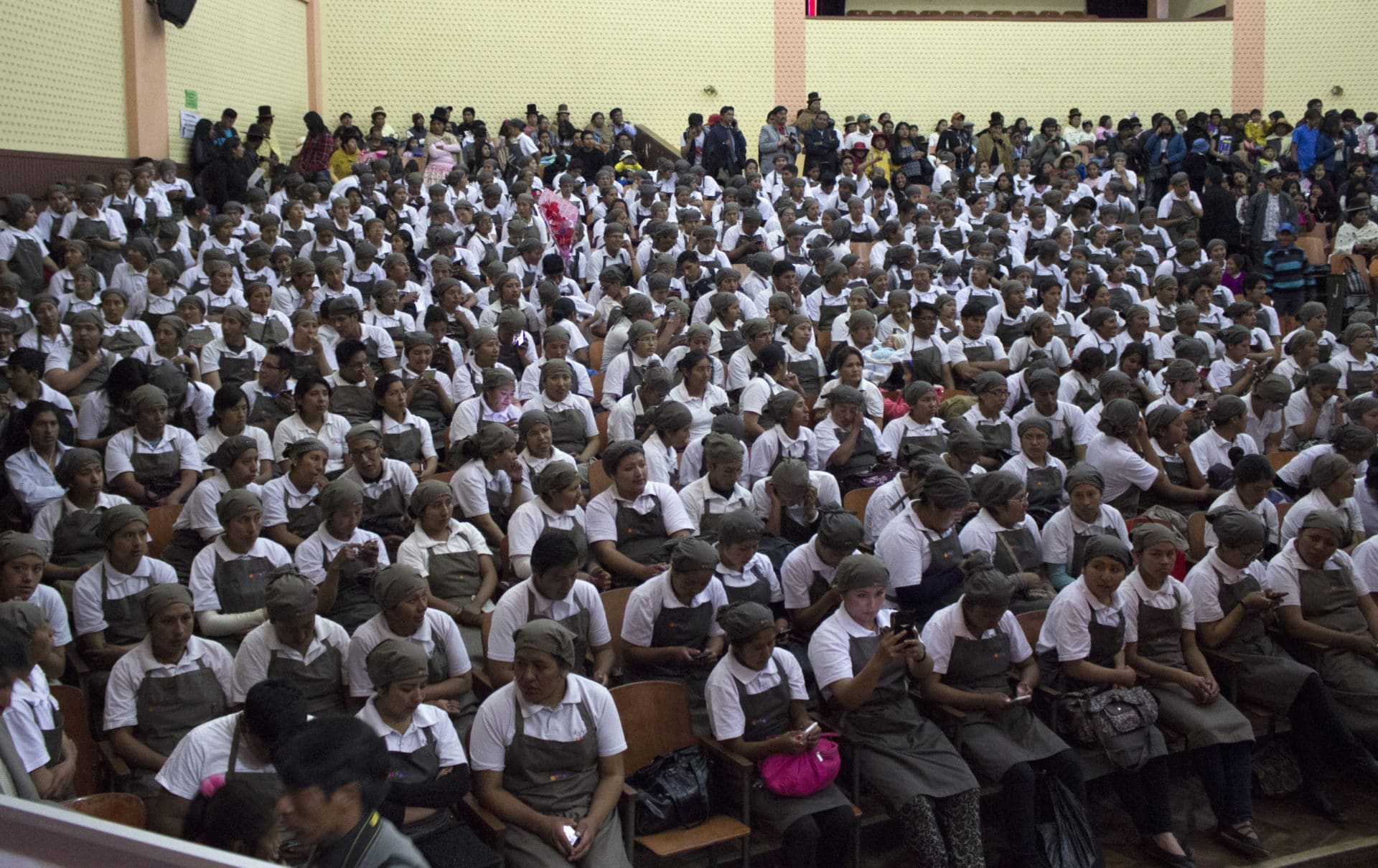 A mile in my shoes

"It's just as important listening to these stories as it is fairy tales." Today there’s an increasing recognition of the...
See more