“It’s just as important listening to these stories as it is fairy tales.”

Today there’s an increasing recognition of the power of outrospection and the benefit empathy brings to our relationships, our conversations and the way we do business. By understanding another person’s perspective and experience, we make better, fairer and more compassionate decisions.

While the idea of empathy has obvious appeal, it remains a hard concept to really embed into our lives, thought processes and ways of working. The Empathy Museum is an ambitious artistic endeavour that strives to help us all discover the empathy we can use in our daily lives and work.

Museums used to be about static spaces and solid objects – fossils, artworks, treasures, the past, on shelves, in big buildings, in major cities.  It’s founder Roman Krznaric, author of Empathy: A Handbook for a Revolution, wants to establish a “playful, experiential adventure space for stepping into the shoes of other people and looking at the world through their eyes.” Krznaric believes that ’empathy’ is more than a buzzword, and can serve as a tool for peace, understanding, tolerance, and self-discovery. Having previously taught sociology and politics at Cambridge University, Krznaric also advises organisations such as Friends of the Earth, on using empathy and conversation to create social change.

Instead of the usual exhibits, visitors to the Empathy Museum – which in its first phase was an international touring show and an online resource – will be able talk to individuals from cultures or sexual preference groups they don’t normally meet, or experience a meal in a darkened space to know how blindness feels, or work on a cellphone assembly line to experience the sweat shop environment. Krznaric has already created a digital Empathy Library, to share films and books with relevant content.

The museum’s brilliantly-named A Mile in My Shoes exhibit uses a bold approach towards helping us discover empathy. It takes a literal interpretation of the well-known saying, offering each visitor a box containing an audio player and a pair of shoes. The visitor puts the shoes on their feet, dons their headphones, presses ‘play’ on the audio track, and spends a few valuable minutes walking around, listening to the lived experiences of people unlike themselves – a sex worker, a war veteran or a neurosurgeon, perhaps, while wearing the actual shoes previously worn by the person whose voice they hear. 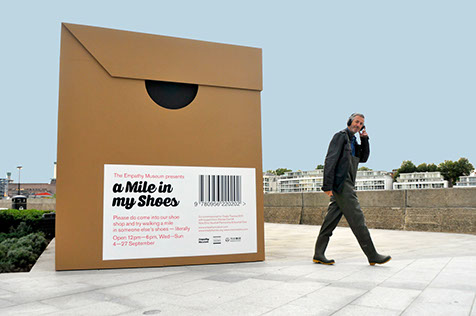 The power of A Mile In My Shoes is in its simplicity. The shared experiences are often touching, sometimes surprising and frequently comic. And the real tangible act of pulling on an unusual pair of brogues, slippers, high heels or work boots helps visitors put aside their own lives for a while and really focus on the world inhabited by another human being. It’s powerful stuff.

Watch ► The Empathy Museum invited passersby to step into their travelling shoe shop to they listen to stories and (literally) walked in the shoes of dozens of refugees and migrants who have made London their home.

The Empathy Museum was mapped by Louise Ash in her AtlasChart: 10 rebels with a cause.

Accidental ethical business geek Louise Ash is the organiser of Meaning conference – a way of sharing stories about what happens when business is brave enough to think differently.

A revolutionary supermarket is proving that Brighton really does rock, by making it easier to be a good consumer. Rather...
See more 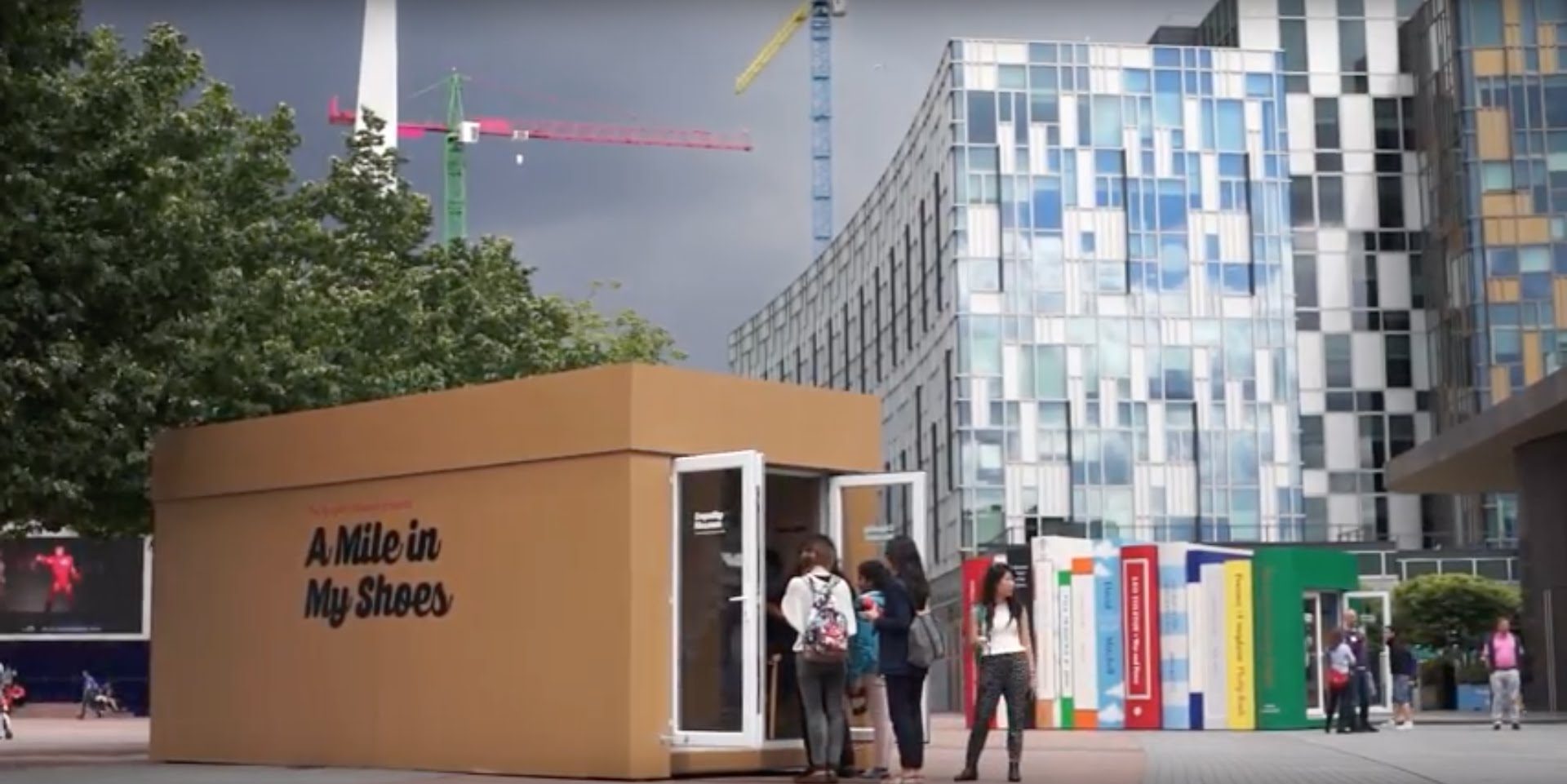 A revolutionary supermarket is proving that Brighton really does rock, by making it easier to be a good consumer. Rather...
See more