Environmental activists Zakiya Mckenzie and Jasmine Ketibuah-Foley want you to go outside and embrace the countryside, to take in all the different orchids and to go mushroom-spotting. Because if more people cared about nature and got involved in the projects they cared about, citizen involvement could become the key to conservation. 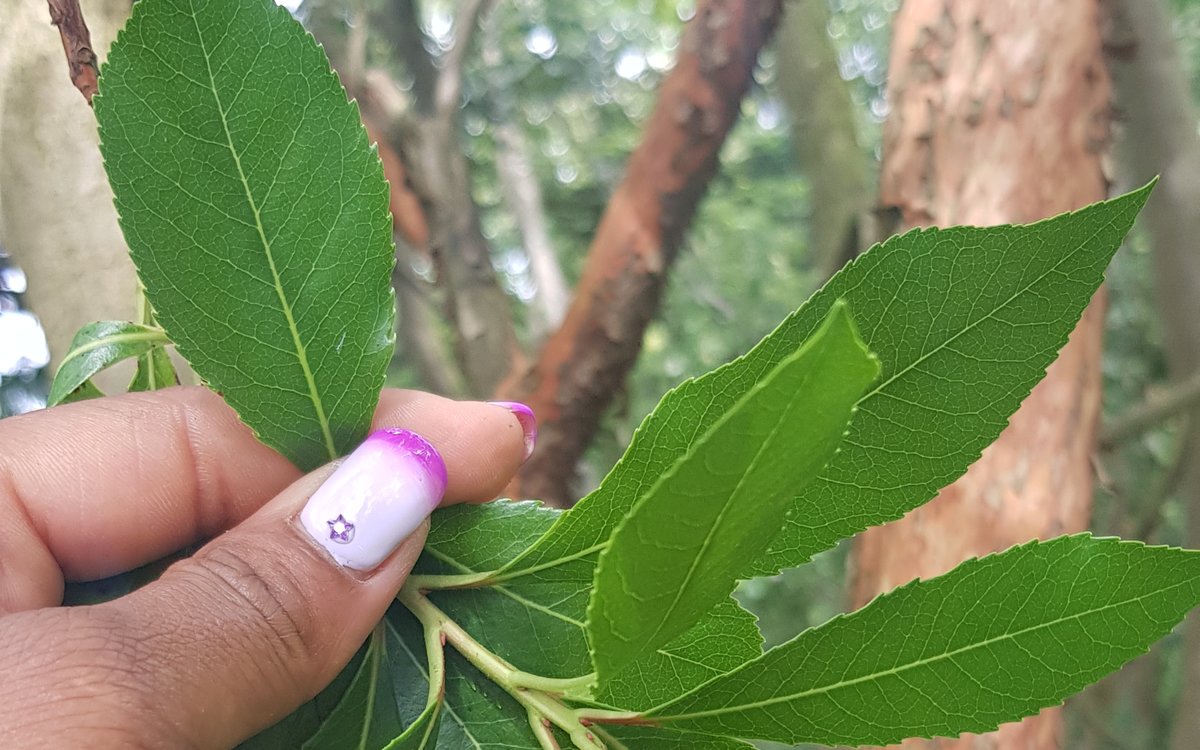 Since 2016, the Green & Black Ambassadors have been encouraging Bristol, the largest city in the south west of England, towards a more diverse sustainability community – by addressing the exclusion of black and minority ethnic communities in environmental efforts. The pair work to raise awareness about the benefits of visiting local natural spaces and research why there is a disconnect with green issues.

“Quite often working class people, immigrants, refugees, black and brown people have not necessarily been tapped into by the environmental movement,” Zakiya explains. “The way we speak about nature and people of colour is totally wrong. It’s not that black and brown people don’t connect with nature, we just might do so in a way which is not necessarily recognised by the mainstream.”

Alongside broadcast journalist Jazz, the Jamaica-raised woodland writer facilitates photography and writing trips to the countryside with young Bristolians. Working closely with African-Caribbean communities, Zakiya enchants diverse audiences who are not usually represented in the UK’s green scene.

“We are a bit sly in how we get children out into nature. Most of the time we explain the day as a photographic art walk to learn how to use a camera. That works, but sometimes we do just straight up say, ‘It’s a nature day’ – just to see kind of the different feedback that we get.” Zakiya rarely uses the word ‘biodiversity’ in her work. “I’m dealing with children and people who might not be able to comprehend what it is. They will after a while, but we usually lead with the word ‘nature’.” Her love for green spaces, the river and the sea came from spending a lot of time at her grandmother’s in rural Jamaica. “Outdoors in nature is just where I feel my best self.”

“I love the earth. I want to protect the earth and the sea and the land.” – Zakiya Mckenzie

Green & Black Ambassadors is a partnership between Ujima Radio, Bristol Green Capital Partnership, University of Bristol Cabot Institute and Up Our Street. The initiative came together in 2015 in response to Bristol’s year as the Green Capital of Europe. Throughout the year, the radio station hosted ‘The Green and Black Conversations’, which sparked a wider interest – and turned into a monthly radio show that frames environmental discussions around the perspectives of the local African-Caribbean community.

Bristol Green Capital Partnership is made up of over 850+ organisations who have committed to working towards Bristol becoming a thriving, low carbon city powered by sustainable energy: “a circular economy city where organisations and citizens reject a throwaway society, reducing, re-using and recycling; a city where the food we grow and eat is good for people, places and planet; and a nature-rich city, where wildlife abounds and everyone has access to inspiring green spaces.”

The initial focus of 2019-2022 is environmental inequality, diversity and inclusion. Next, the programme seeks to support a new generation of black and minority ethnic leaders and their creative ideas – because we need everyone to know the risks that planet Earth is facing and then come up with innovative solutions together. Our habitats depend on it.

AtlasAction: Join the Partnership and help build a sustainable Bristol

🎫 AtlasEvent ► Zakiya Mckenzie was a speaker at Fixing the future 2019 in Barcelona.

The streets of Portugal are being turned into vibrant canvases as ‘wrinkle wall writers’ get to grips with spray cans;...
See more
Share this project