Africa is building a big wall of trees through 11 countries, just under the southern edge of the Sahara, to defend the land from winds and sand.

Spanning the entire width of Africa – nearly 8,000 kilometres from Dakar to Djibouti – the Great Green Wall is planned to defend land from the Sahara Desert. When completed, the Wall will be the largest living structure on earth, three times the size of the Great Barrier Reef — a new world wonder. 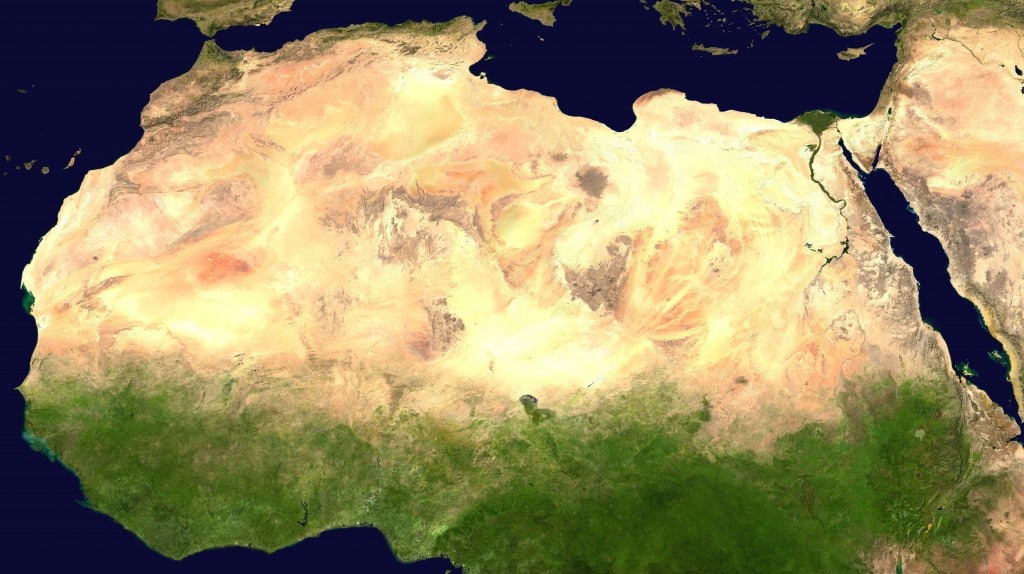 Since 2007, millions of trees have been planted across the southern edge of the Sahara desert – with millions more to go. The band of trees is designed to halt the advance of the desert and create a panoply of initiatives – providing food, jobs and a future for the millions living on the frontline of climate change. Answering many of today’s most critical issues, it’s a growing response to challenges from food security to migration, international peace and security.

The drought-resistant Acacia tree has roots that hold water and provides shade. Although trees are still the primary focus, other methods are being used to help restore the land. 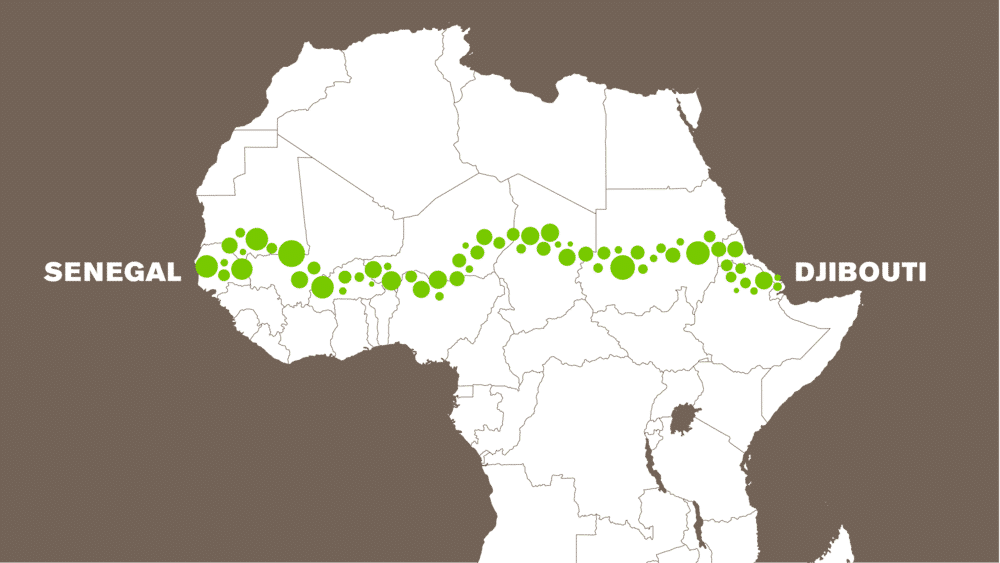 Temperatures in the Sahel and the Sahara regions are rising faster than anywhere else and its populations are some of the poorest in the world. In 2018 a study found that the Sahara, the biggest desert in the world after Antarctica and the Arctic, had increased in size by 10% over the last century. Human pressure on fragile ecosystems, alongside the effects of climate change, has led to poor soil quality, lower crop production and less grazing for livestock. Many people, especially the young, have left to find jobs elsewhere through migration to Europe or South America.

Through the African Union, more than 20 African countries are involved in the Great Green Wall. During the COP21 Paris talks in December 2015, world leaders and heads of international agencies pledged US$4 billion over five years to step up the initiative. By 2030, the Wall aims to restore 100 million hectares of currently degraded land, sequester 250 million tonnes of carbon and create 10 million jobs in rural areas. These resources and crop production will help to feed the millions of people that go hungry in the region each day. 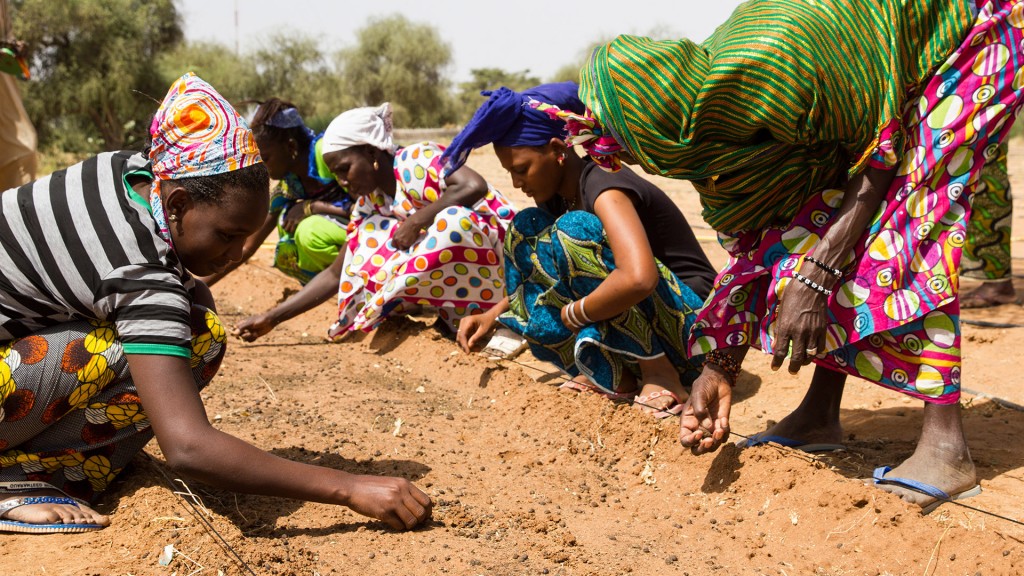 The Great Green Wall is about 15% complete, and degraded land is being restored at an unprecedented rate, which means increased food security for nearby communities. Over 17 million trees have been planted in Burkina Faso, equal to an area of about 31,000 acres. Nigeria has seen over 12 million acres of degraded land restored, while Senegal and Ethiopia have had similar levels of success.

The regions have begun to see increased rainfall as well as more fertile agricultural spaces. But the ecological impact is not the only focus of this project, as the scheme also looks to empower and develop surrounding communities. The Great Green Wall is transforming the lives of millions of people in the Sahel region and makes a vital contribution to the UN Sustainable Development Goals.

Aware that Detroiters of African descent have never lacked creativity or entrepreneurial zeal, one Detroiter wants to provide the one...
See more 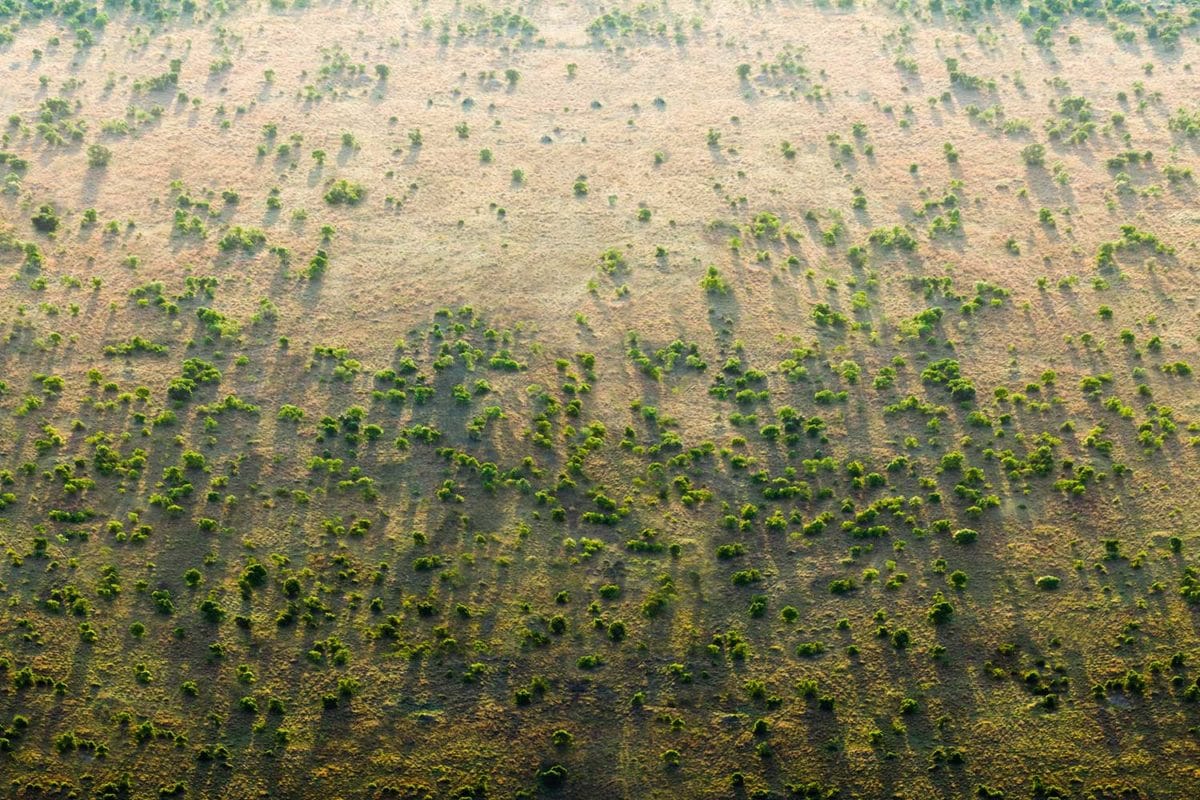 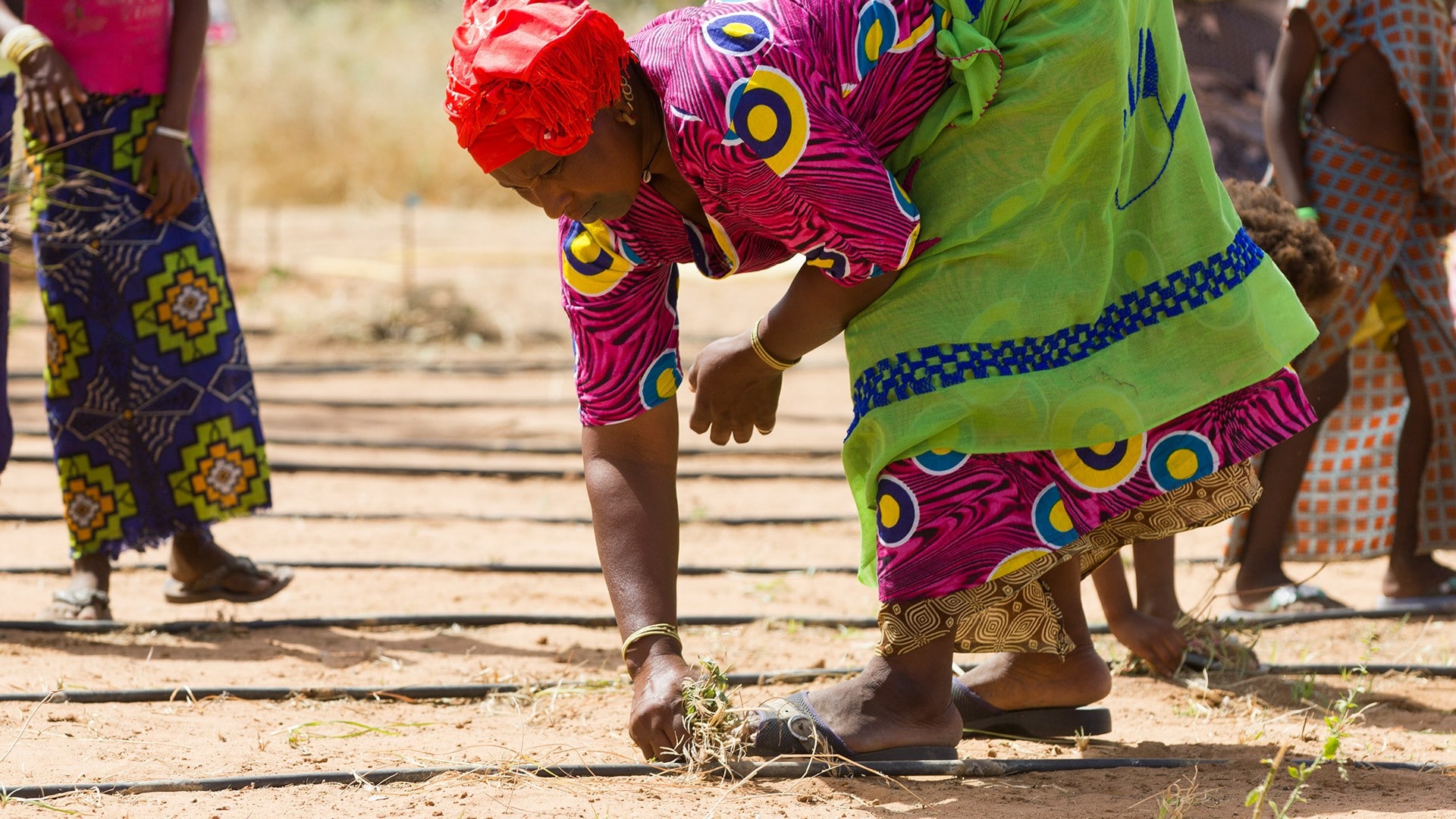 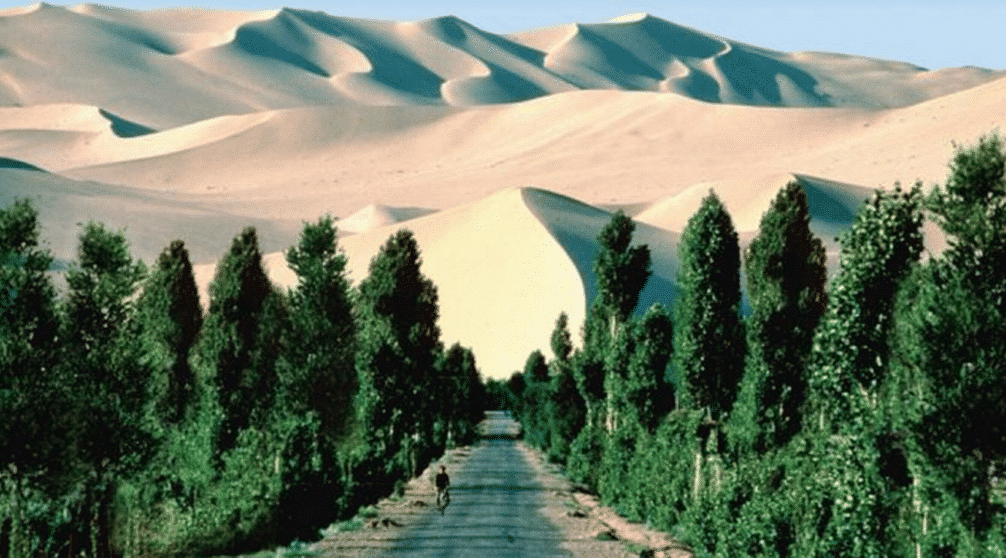 Aware that Detroiters of African descent have never lacked creativity or entrepreneurial zeal, one Detroiter wants to provide the one...
See more