Aware that Detroiters of African descent have never lacked creativity or entrepreneurial zeal, one Detroiter wants to provide the one thing they are lacking… money.

Proud lifelong Detroiter Dwan Dandridge exemplifies the City of Detroit – full of passion for his people and determined to make a difference in his community. 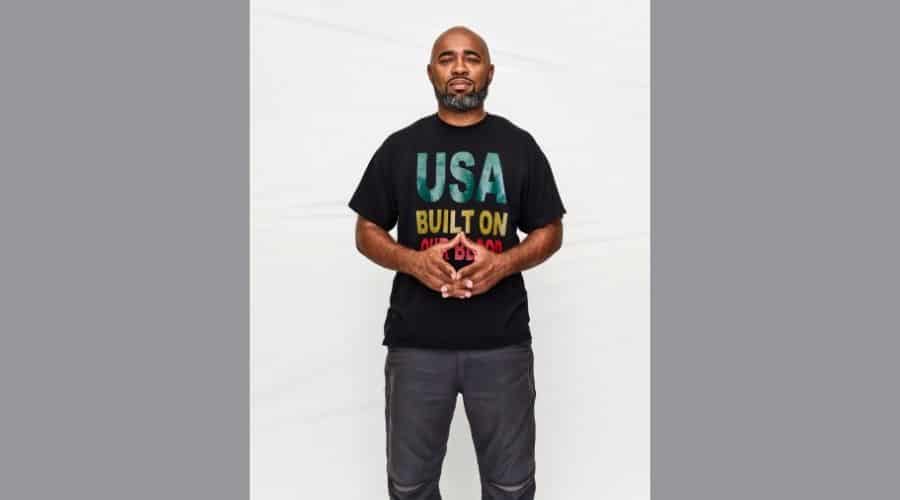 Fifteen years ago, Dwan was operating transitional housing to stop young men selling drugs. “We would take them in, teach them a trade and just try to build a community around them that would show them that they had other options.”

Dwan’s ancestors were slaves on the plantations of George Washington’s wife’s father, whose name was Dandridge. “They owned my family. So when I hear of George Washington and him being a hero to most, I view him in a different light. My wife and I opted to choose a last name for our family – Uhuru means freedom. I think that’s why I spent a lot of time trying to figure out a way to target young men that had made some bad decisions.”

The facility was all funded from his family bank account as they didn’t have access to other resources financially. But after five years of paying for operations, a new roof, food and repairs, it became unsustainable and had to close its doors.

This sparked Dwan, in October 2019, to launch Black Leaders Detroit Fund, which is exactly what it sounds like. The nonprofit serves as a funding vehicle for the amazing Black-owned programmes, nonprofits and businesses that are also operating out of passion and pocket every day to make a difference: “We really need them in Detroit  – and are better for them. The thought of doors shutting because they didn’t have access to funding, that’s my why.”

As a nonprofit, BLDF serves as a funding vehicle for the application of grants and no-interest loans with the mission to provide financial support for diverse social and community impact projects originated and led by Detroiters of African descent. Dawn has a vision of Detroit becoming “a model and thriving city of fully empowered, responsive, leaders and entrepreneurs reflective of its demographics”. 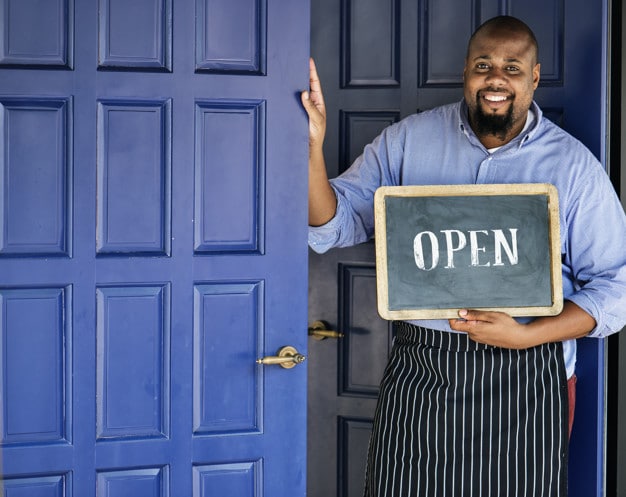 Equity and inclusion are more than buzzwords in Detroit

“What I have observed over the past twenty years is many Black leaders in Detroit often identify a problem and dive in to solve it, taking our passion, ability and often our bank accounts. Far too often this approach is derailed by burn out or burning through one’s own money. On the other hand, I have watched many white-led initiatives and organisations start by creating a business plan, identifying funding sources and getting the funding.”

Dawn believes you start with what you understand the most. “The Black leader usually has a  profound understanding of the community, but has limitations in regards to access to people that can financially support their business or organisation – leaving a barrier to sustainability.”

BDLF is solving this network problem by casting a very wide net and asking for a small commitment. “We are looking for one million members to contribute one dollar a week to fund their plan to change lives and impact Black residents and communities in Detroit – and intend to create a playbook for smaller cities with large Black populations  and replicate our business model in large cities with similar demographics.”

The Fund is currently responding to the Covid-19 crisis by giving NGOs and small businesses an essential financial lifeline with the ‘Restore the Village Fund’ to award small micro-grants to some for-profit businesses on a weekly basis. “As much as the pandemic has challenged us as a whole, for us at Black Leaders Detroit, it’s really helped us see the impact that you can have on an organisation by giving a grant of several hundred dollars or a thousand dollars.”

Dwan pesonally calls applicants to let them know that they have been  selected to receive funding. “I have been able to experience extreme joy in the midst of a very challenging year filled with a global pandemic, more police brutality related deaths and civil unrest and a very divisive election. Calling the recipients has given more than financial support to them – but also hope – that they wouldn’t be denied based on systemic issues or because of their race.”

Dwan and his team do all of this work as volunteers, having agreed not to pay any salaries from the membership fund for at least two years. “Each team member has very demanding full time positions and families. We look to raise operations capital from the philanthropic community. This approach is coming along well, but not at a fast enough pace, as we have gained momentum that requires a bigger time commitment.”

Their next step is to raise the operation capital that BLDF needs to staff the organisation. Since 2019, the Fund has grown so much that Dwan has had to reduce his hours at his ‘day job’, so he can give it energy and focus. Dwan is currently Vice President of community programmes for Life ReModeled. “I get to manage a project that brings 10,000 plus volunteers to tackle blight and beautify 300 city blocks over the course of six days. We get to see what we can actually accomplish if we focus on what we agree on and are passionate about and we come together and set aside those differences.“ 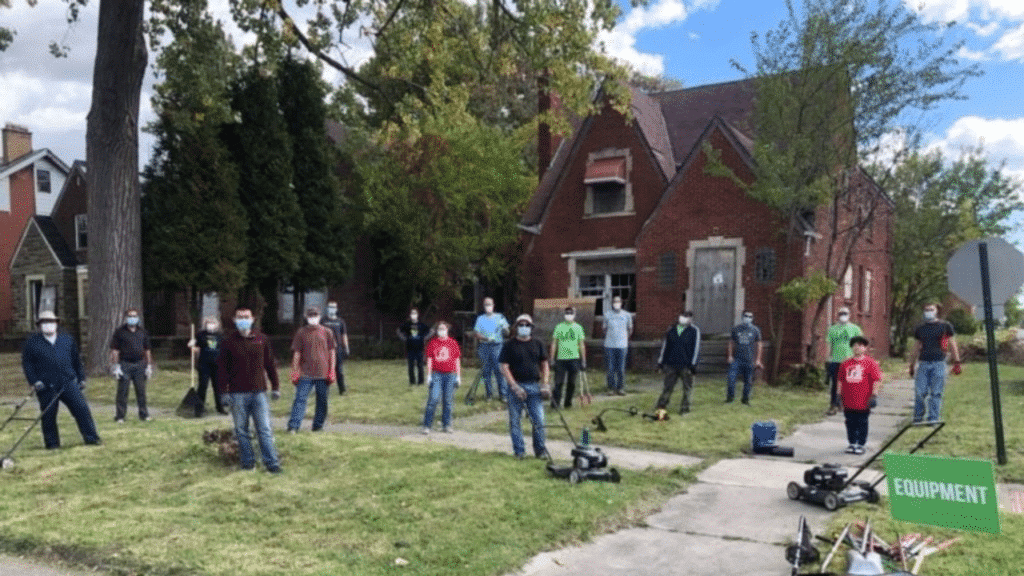 He adds that the pandemic has afforded many people – himself included – who have done a terrible job maintaining balance in their work life to incorporate some healthy practices. ”I just spoke to a colleague who is enjoying taking walks during lunch. She is concerned that she will go back to putting work before her own wellbeing. I am hopeful that we can honour some of the people that work in social impact spaces by setting more respectful expectations.

“When we have selfless people the norm seems to be to continue to pile on more requests. Hopefully we will make room for these individuals to care for themselves as much as they care about making the world better.”

AtlasAction: Sign up to become a member to donate $1 a week and spread the word.

The current face of architecture is not an accurate reflection of what our cities look like. One woman in Detroit...
See more

The current face of architecture is not an accurate reflection of what our cities look like. One woman in Detroit...
See more