Petite, robust, with a small head and no horns, the xisqueta sheep lives in the Pyrenees. You can recognise it by the black spots around its eyes, nose, ears, and feet, and by how cute it is. It’s under special protection and has been classified as endangered since 1995. Yet this native Catalan breed traces its roots back 5,000 years, coming from the first ovine found on the Iberian peninsula. 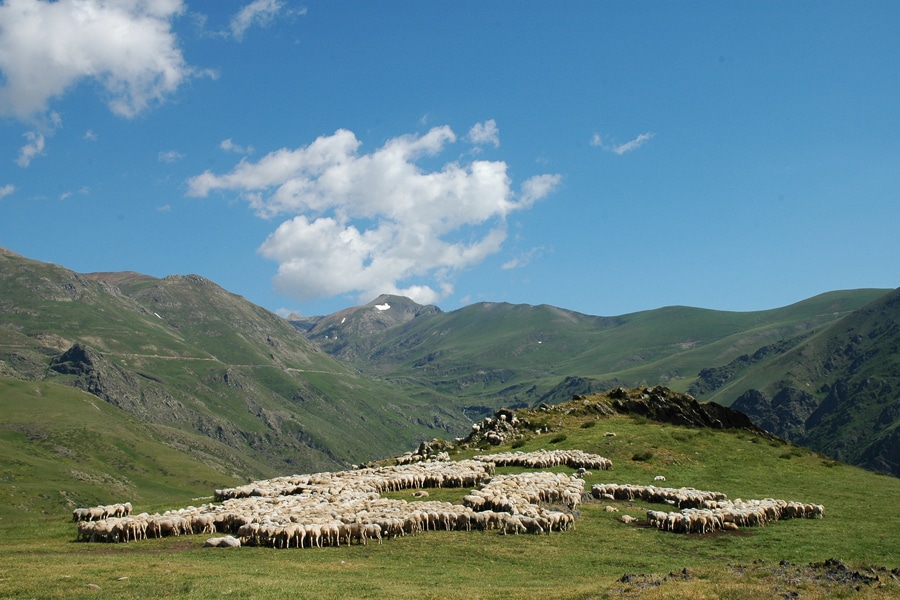 “The Associació Obrador Xisqueta was born with the aim of recovering a local material that was disused: the wool of the native xisqueta breed,” says project member Anna Palau. They bought the wool at fair prices to help revitalize the local sector and began a group of local artisans, “recovering the tradition but with current designs,” says Palau. “We saw the opportunity to highlight an ancestral and local product,” she says, “and to create products that would bring identity and value to the territory.”

When produced ethically, as the Associació Obrador Xisqueta does, wool is as a less harmful alternative to unsustainable or unethical fashion. It’s a renewable resource, inherently compostable, and is a more durable material. It’s naturally flame retardant, water resistant, and has high UV protection compared to other fabrics. 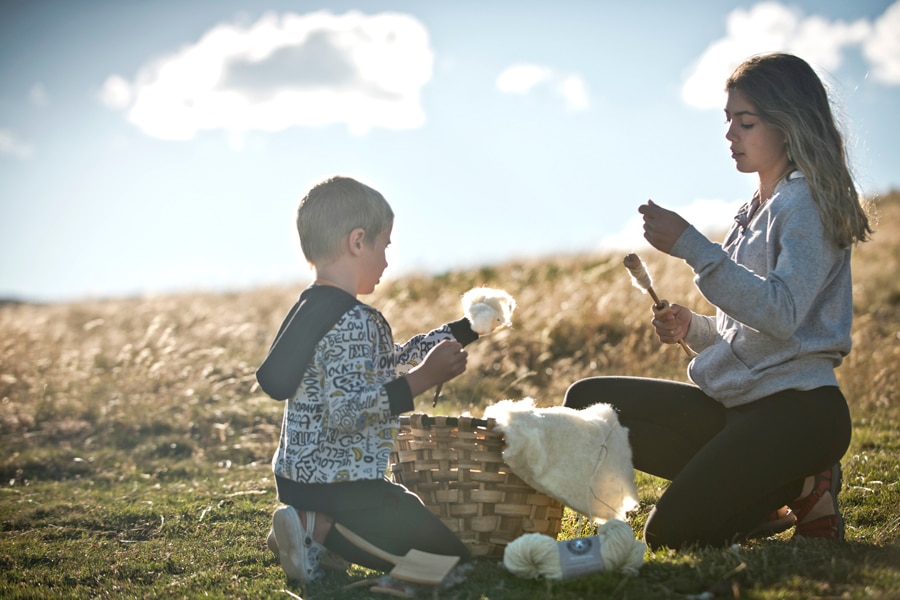 Associació Obrador Xisqueta’s wool is medium fine, and is used for different processes including textile, interior design, and as raw material for construction. The association has been buying from 25 different flocks since 2009, all from the Pallars Sobirà area, and they are transparent about which sheperds they work with.

The project’s participating artisans work under the direction of designer Marina Mercieux, making rugs, clothing, and accessories like scarves, gloves, and more. You can even buy a white hat with little black ears, just like the sheep. They work using a variety of techniques, including natural dyes, plain weaving, spinning, felting—and, of course, knitting. What’s more, they also work with local national parks and hotels for interior design items, like lampshades, rugs, even mattresses. 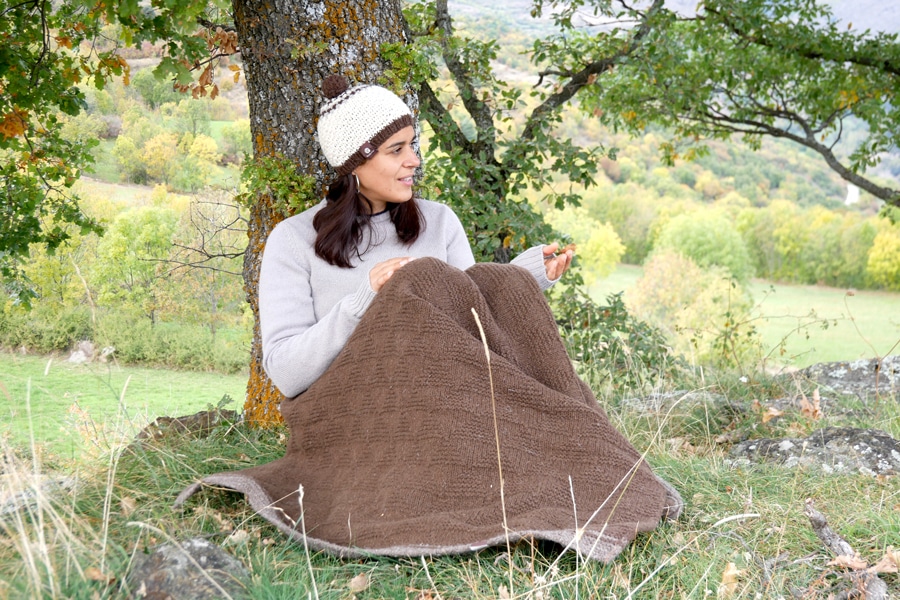 Xisqueta doesn’t only produce clothing and household items, though. They recently released an illustrated children’s book, called ‘Xisca, Why Are You Shaking?’ starring a xisqueta sheep. And they’ve also worked with the Aigüestortes National Park to create educational videos to help little ones understand how yarn is made.

In these uncertain times the group “are rethinking the project,” says Palau. The pandemic forced many of their initiatives, like those allowing the sponsorship of sheep, to be put on hold. They’ve also had to cancel their Xisqueta Experiences, where those interested could spend a morning with a shepherd, enjoying the beautiful mountain landscape and a breakfast of local produce. 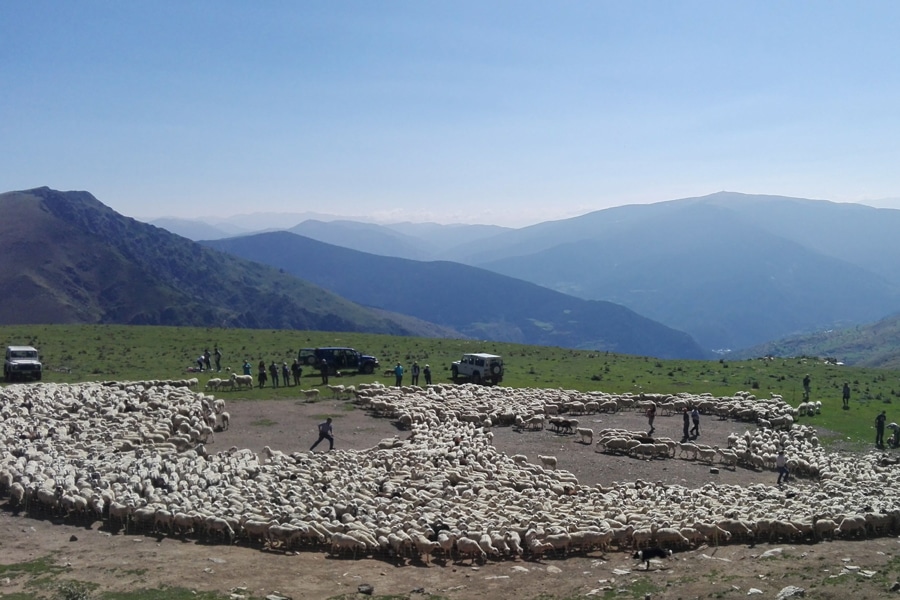 Still, it’s not all negative. Garment sales increased in 2020, says Palau, adding that she thinks “people became aware of consuming local.” And looking back, Associació Obrador Xisqueta is very proud of everything they’ve done. Anna Palau herself doesn’t think she could pinpoint any of her favorite projects: she likes them all, she says. “Everything we have done has helped us to learn and to improve.”

AtlasAction: Follow Xisqueta’s Instagram to keep up to date on what they do and what they make. If you’re in Catalonia, you can buy the wool products in Lleida, Barcelona, Girona, Tarragona—you can also find it in Madrid, as well as various fairs and events you can find on its agenda.

Duckweed grows incredibly fast, can produce eight times more protein per hectare than soy and may be a big help...
See more
Share this project

Duckweed grows incredibly fast, can produce eight times more protein per hectare than soy and may be a big help...
See more