By working directly with Bedouin communities, a wild approach to sustainable tourism in Jordan is creating a real impact on nature conservation and local women.

Created by a group of hunters in 1966 after observing a reduction in the number of specific species in Jordan, the Royal Society for the Conservation of Nature is now one of the biggest organisations working for the protection of the environment in the country, thanks to its revolutionary strategies in nature conservation in Jordan.

By working directly with local villages and Bedouin communities, its trademark Wild Jordan offers alternative and sustainable livelihoods for the poorest communities in the Arab nation with the creation of handicrafts and products.

Always committed to the development of sustainable tourism, the independent national organisation is devoted to the country’s natural resources, working to constantly develop projects that integrate environmental protection with the socio-economic development of the local people living in and around ten natural reserves in Jordan. 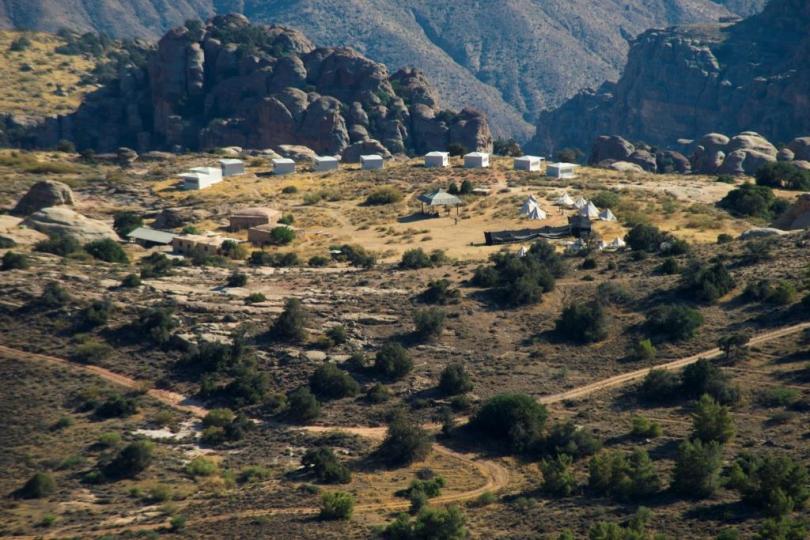 Every Wild Jordan project has a strong environmental focus, following a strict policy related to water consumption, energy efficiency and recycling to reduce resource consumption.The income-generating projects include different tourism facilities such as ecolodges and campsites, as well as tours in the nature reserves and small handicraft enterprises – always leaning upon the reserves’ natural beauty and wildlife to generate employment opportunities. 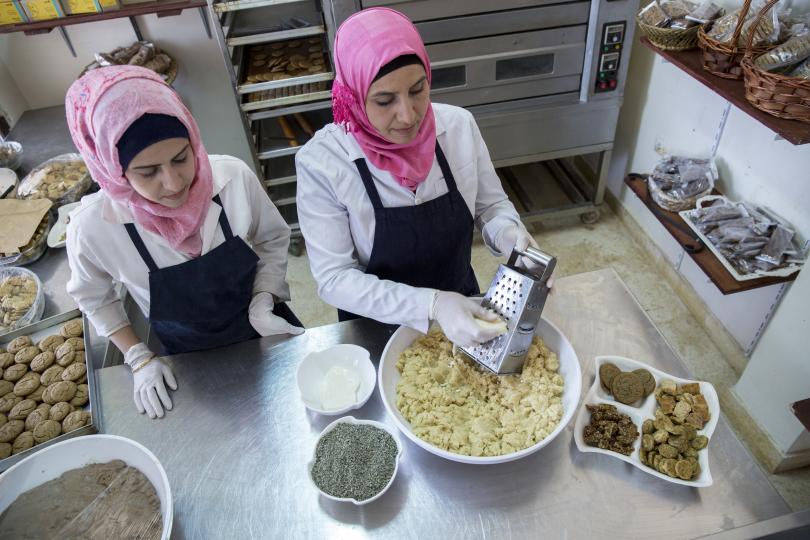 The thriving eco-tourism and handicraft enterprises are creating jobs for hundreds of people. Workshops create typical handmade products such as silver jewellery, olive oil, soap, jams, embroidery, ceramics, herbal teas and leather products. Products are sold at the Wild Jordan Center, contributing to enhancing the livelihoods of over 60 local women. It is also known as one of the best places to find souvenirs in Amman. 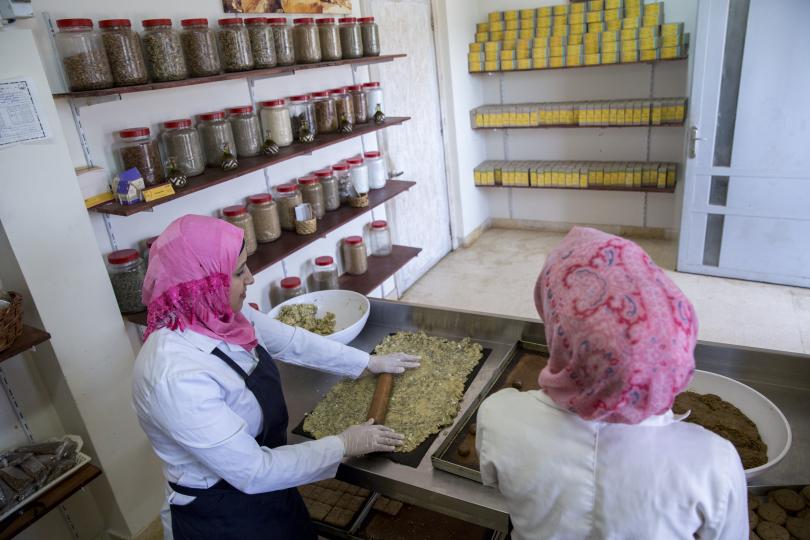 Forty-five year old Ghaziah Hamad has been working for RSCN since 1998 as a production employee at the dried fruit workshop in the Dana Biosphere Reserve. Mother to a two-year old girl named Leen, she loves being known as “Um Leen” (mother of Leen): “I am proud that through my job I have been able to financially support my family.” 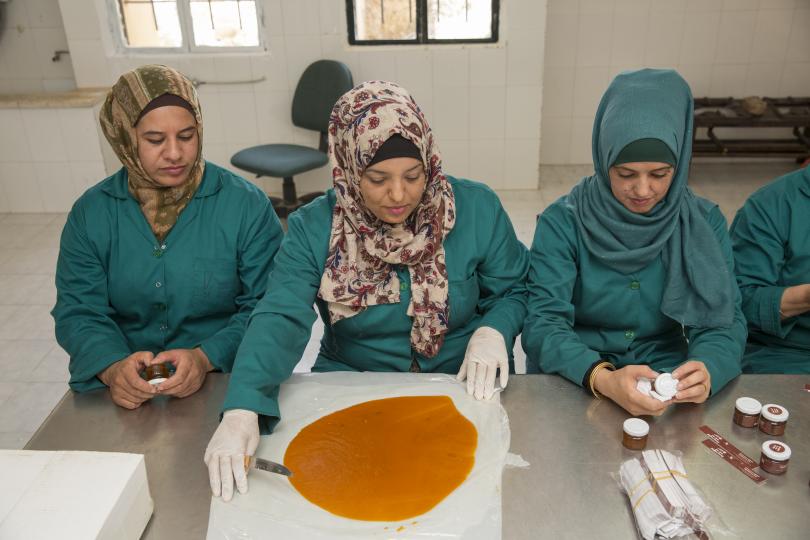 Samiah Al explains that working at Dana Biosphere Reserve’s jewellery-making workshop has increased her family’s standard of living and allows her to educate her children. Also known as “Um Bashar” after the eldest of her four children, the 40-year-old craftswoman has been manipulating copper, silver and bronze to create distinctive jewellery for Wild Jordan for around 14 years.

Although Samiah faced her brothers’ disapproval for working outside the home, her parents were supportive: “I have a steady monthly salary and this has helped me to support myself and my family. Having control of my own financial resources gives me independence. There are now many opportunities available for our community.” 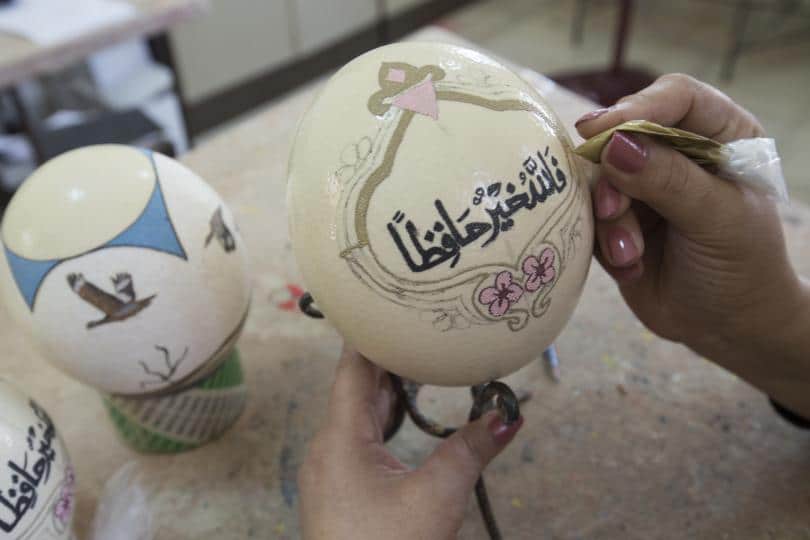 In its short but rich history, RSCN has established ten protected areas covering over 1,200 square kilometres, comprising of wild plants, animals and other natural resources, while including some of the finest natural landscapes in the country. The successful captive breeding and reintroduction into the wilderness of the gazelle, ibex and magnificent endangered Arabian Oryx, which has now been brought back from extinction, is considered as a pioneering step of conservational activity in the region – controlling illegal hunting to preserve the creatures. 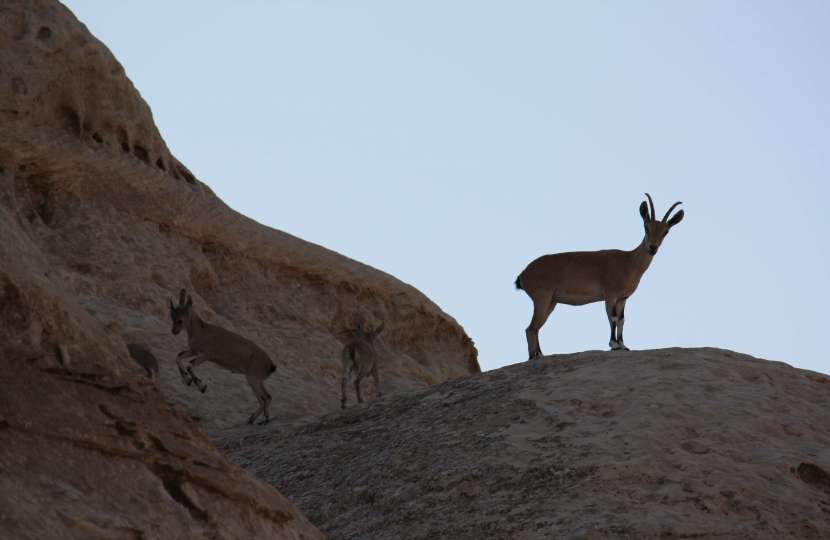 Protected areas are no longer restricted to the most privileged and are now recognised as the principal pillar for rural development and integration. Such environmental entrepreneurship, combined with a people-centred philosophy, has led to more popular support for conservation and diminished RCSN’s need for government financial support.

RSCN is also providing training and capacity building to environmental practitioners and other institutions throughout Jordan and the Middle East in an attempt to share its expertise and empower others to join in the protection of nature. It has set up over 1,000 Nature Conservation Clubs in schools to raise the children’s awareness regarding environmental issues, by making them practically involved in conservation activities and projects.

AtlasAction: How to help.

The Royal Society for the Conservation of Nature

This project has been selected as part of NatureFutures, a new storytelling project that maps the innovations in wildlife, biodiversity and citizen science and the biologists, engineers, designers and entrepreneurs behind them.

Would you eat this lab-grown chicken burger? 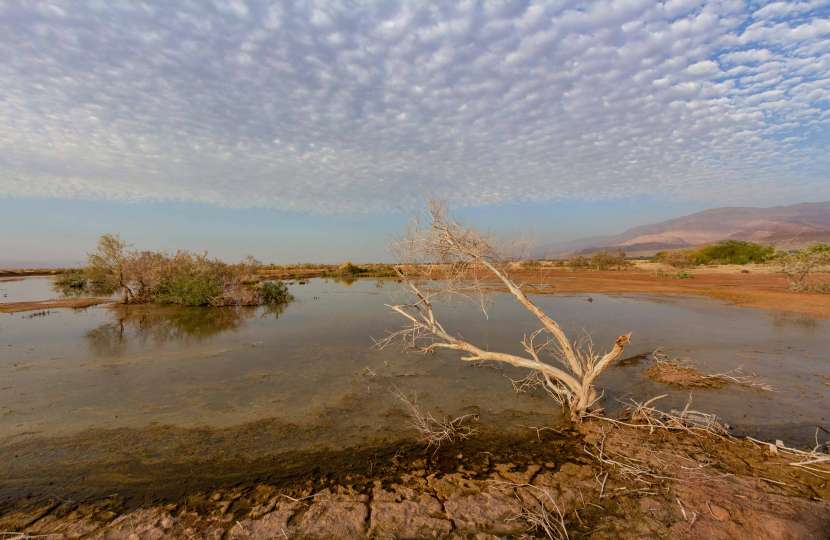 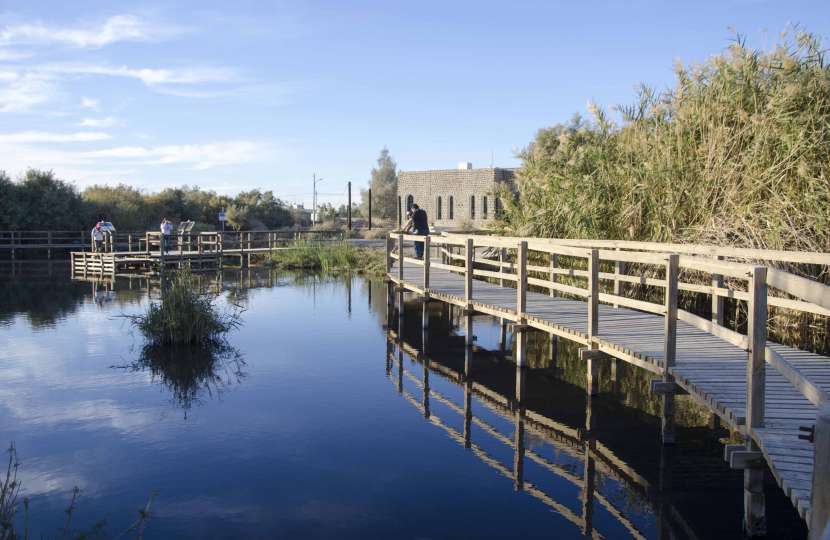 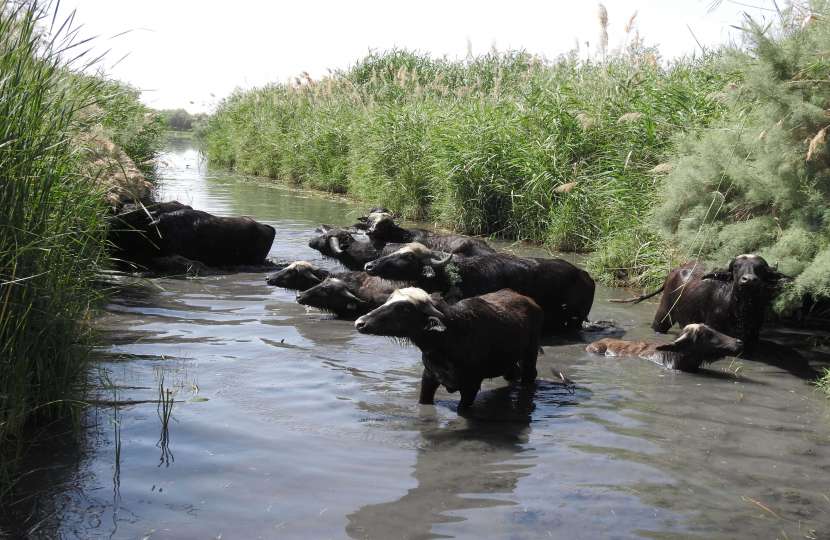 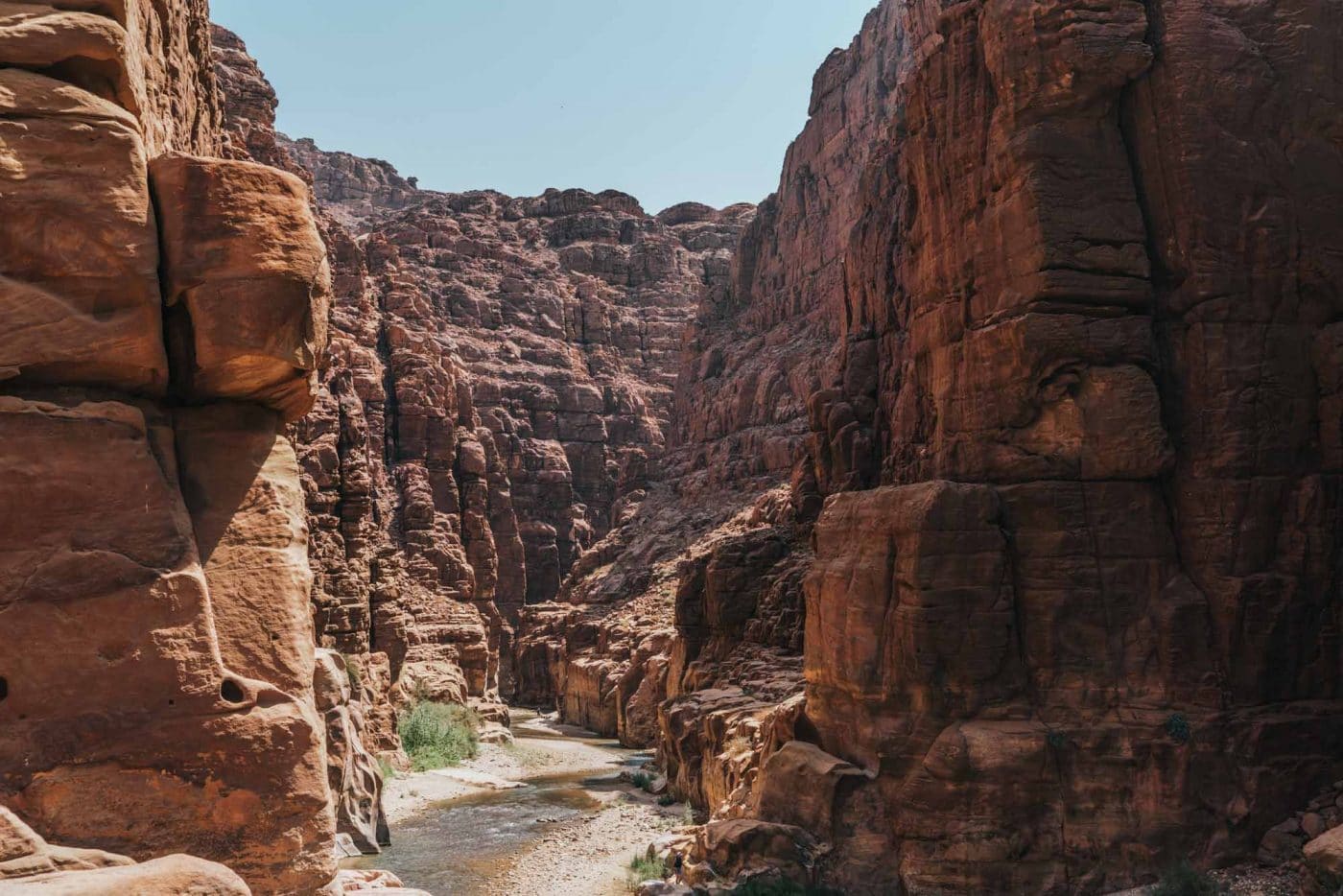 Would you eat this lab-grown chicken burger?