Since its inception in 2015, Amsterdam’s The Black Archives has been a home for books, documents, and artefacts detailing the lives and legacies of Black Dutch writers, scientists, and activists. Its aim is to highlight the struggle for black emancipation, and it has become a space for scholarly reflection and learning history – and for organising.

Though the Netherlands is often considered a liberal place, Dutch society has come under a lot of criticism by anti-racism campaigners for not taking its colonial heritage – which dates back to the 14th century – seriously. Current prime minister Mark Rutte has even dismissively deemed the idea of institutional racism as “sociological jargon”. The Archives plays an important role in raising awareness about racism in Dutch society both inside and outside the academy. 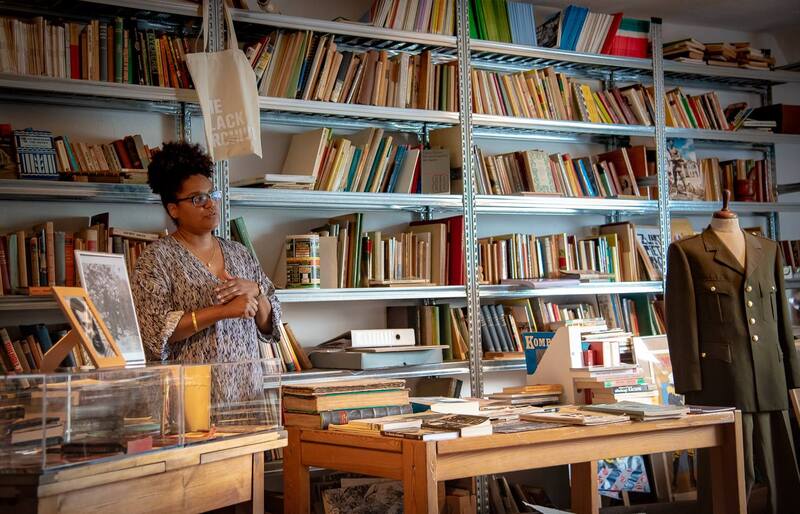 The project is an educational one focussed on the culture and history of the Surinamese and African Diaspora. It began to take shape thanks to 2,000 books donated by the late academic Waldo Heilbron. Heilbron is best known for his 2016 book ‘The Future of the Past’, in which he stressed the importance of deepening knowledge around colonialism and institutional racism. Talking about the way in which colonialism’s legacy has been ignored by Dutch society, Heilbron wrote about the necessity of bringing attention to the country’s “concealed past”. The Black Archives is an example of that call being put into action. His two sons, Miguel and Thiemo, co-founded the project alongside Jessica de Abreu and Mitchell Esajas. 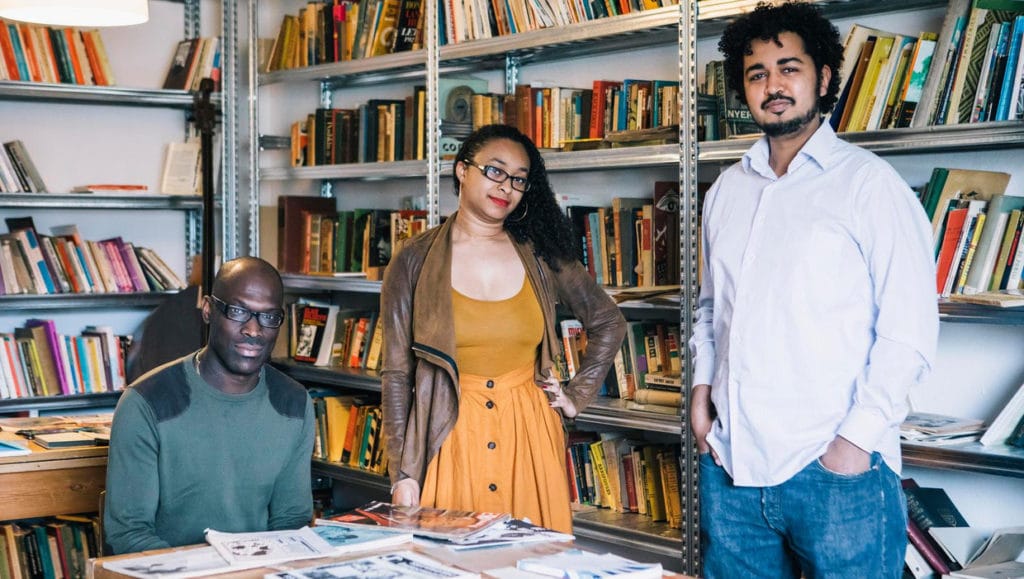 The Archives is located in the Vereniging Ons Suriname (Association of Surinamese People) building in Amsterdam’s eastern district. Home to 10,000 books, it sits alongside a café, event space, and exhibitions, all of which work towards the organisation’s objective to cultivate political and professional networks between its members.

Legendary African American activist Angela Davis visited the space in 2018. She was in Amsterdam in order to give the keynote lecture at a conference dedicated to her work. After spending time at the Archives and its exhibition “Black and Revolutionary”, which detailed the lives of Surinamese political activists Hermina and Otto Huiswoud (an exhibit which she said made her feel more at home in Amsterdam than she sometimes feels in the US), Davis told the audience at her keynote to “please visit” it.

Not long after, the Archives made its mark on the local scene by winning the Amsterdam Art Prize. It hasn’t all been positive, however. In late 2020 racist vandals painted white over the faces of Black historical figures which are part of a mural that covers the building’s facade. 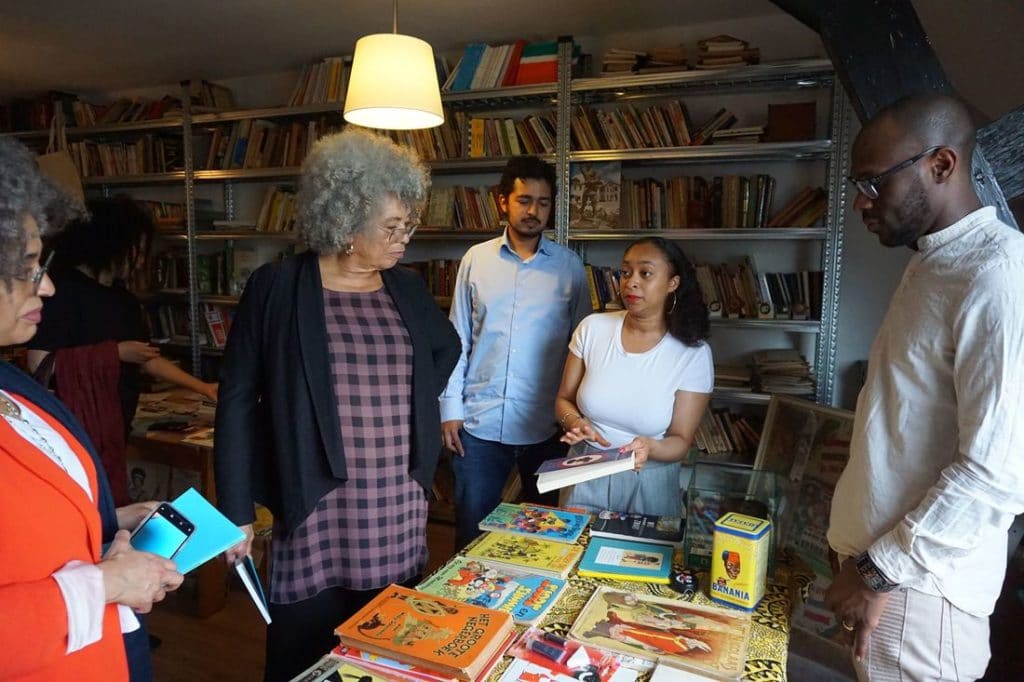 Angela Davis at The Black Archives.

The ongoing campaign against Black Pete is the most prominent debate around race and racism in the Dutch mainstream. Pete is a blackface character often “performed” during family-oriented Christmastime events. While it is starting to become less prevalent, many continue to argue that his supposedly traditional nature means it should remain a part of proceedings.

However, the anti-Black Pete campaign and organisations such as The Black Archives (movements which share activists) have brought anti-racism to the fore, especially among young people. In June 2020 thousands of people attended Black Lives Matter protests in Amsterdam. And, in the 2021 national elections, Sylvana Simons of the anti-racist Bij1 party managed to win a seat in the national parliament.

While COVID unsurprisingly forced the institution to pause public events for a while, they were able to sporadically open their most recent exhibition, “Surinamese in the Netherlands: 100 Years of Emancipation and Struggle”, which brought Surinamese political organisation at the start of the 20th century, Surinamese resistance during the Second World War, and “stories about the emancipation of the Surinamese language and culture” to the fore. Most recently, they’ve also launched a podcast featuring guests from the arts, politics and academia. 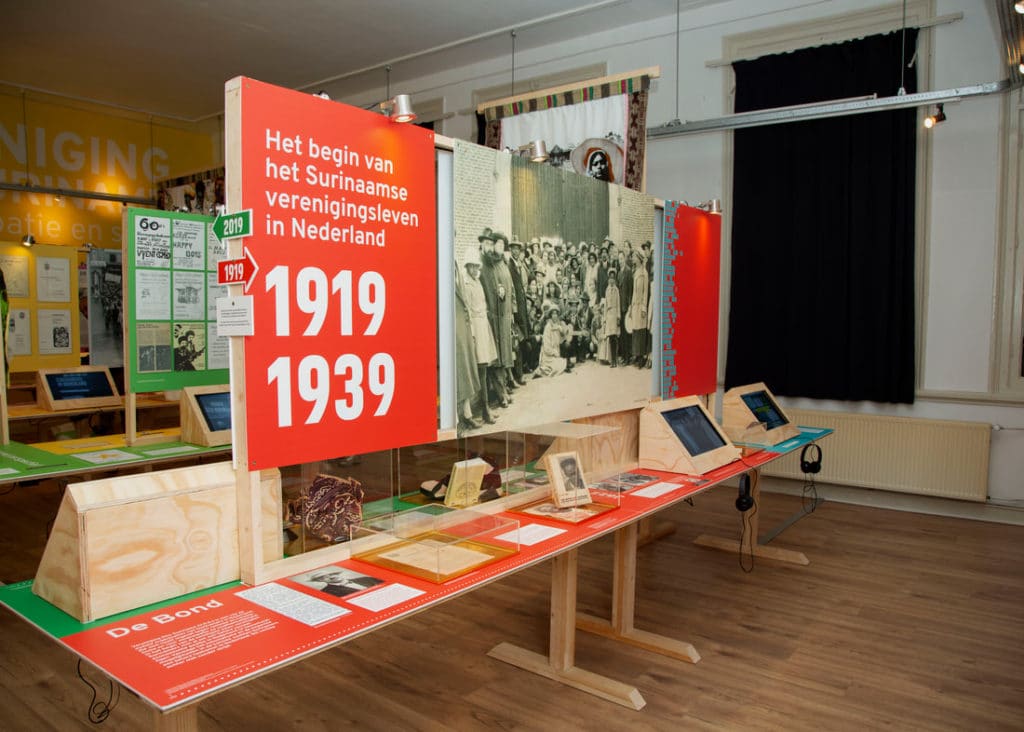 “Surinamese in the Netherlands: 100 Years of Emancipation and Struggle”

In an article about the history of the Archives and its exhibition about the Huiswouds, Mitchell Esajas and Jessica de Abreu discuss the importance of the people working at an archive to make it an agent for change. They write about how it is crucial to bring the archive to life through public programmes and the work of “activists, artists, educators and institutions” in order to spark change.

Mid last year the Archive’s founders launched another new community-oriented initiative, this time based in Amsterdam’s Bijlmer neighbourhood, a culturally and ethnically diverse part of the city famous for its post-war modernist architecture. This new project, Prospect Eleven, is a space designed to cultivate and protect Surinamese culture.

In an interview with Dutch paper Het Parool, the Archive’s Mitchell Esajas, also involved in Prospect Eleven, explained that: “Sometimes I worry whether our city will remain affordable, whether we can protect our diverse character.” He went on to talk about how current students from his old high school had recently visited The Black Archives, explaining how they’d be learning about the history of Dutch enslavement in their classes – a necessary if too long delayed addition to the curriculum. “Today’s young people are much more aware of this [history] and are speaking out,” Esajas said. “That gives me good hope for our future. ”

AtlasAction: If you’d like to support The Black Archives from a distance, you can donate to them via PayPal or bank transfer. If you’re based in Holland, you can volunteer to help organise the archives and other activities. They are also of course always open for donations of relevant literature.

Arts and culture enthusiast with an interest in how they intersect with society, politics and the economy. Often writing about sound, print culture, DIY culture, comics, and much more besides.

Cándido Mezúa, a tribal leader from Panama, marches at the climate summit rally in San Francisco in 2018
If not us, then who? When it comes to keeping trees standing, that’s the question the inhabitants of the world’s...
See more
Share this project

Cándido Mezúa, a tribal leader from Panama, marches at the climate summit rally in San Francisco in 2018
If not us, then who? When it comes to keeping trees standing, that’s the question the inhabitants of the world’s...
See more