Australian not for profit SoilCQuest helps farmers draw carbon out of the atmosphere and into the soil—where it will stay for hundreds if not thousands of years while it increases yields.

Carbon is an important marker of soil health, driving effective nutrient cycling and determining how water enters the soil. Put simply, soil needs carbon to be fertile. But soils worldwide are increasingly degraded due to the (over-)use of damaging fertilisers and aggressive tilling practices (as the plough breaks the soil, carbon is released into the atmosphere). It’s a vicious circle: while the soil lacks carbon, the atmosphere suffers from its overload. And even though forests store around one third of the world’s emissions, they take decades to grow and are themselves subject to climate change. Oh, and humanity continues to clear-cut them.

The ground beneath our feet, meanwhile, is a significant terrestrial carbon sink, providing a vital, planetary service. Healthy soil, alive with more microorganisms per spoonful than there are people on planet Earth, draws carbon out of the atmosphere (where it’s contributing to climate change) and stores it safely (and usefully) in the ground beneath our feet.

The process is aided by microorganisms called endophytes, usually bacteria or fungi, that live symbiotically with plants. Some, like the melanised endophytic fungi, draw carbon out of the atmosphere and into the soil, symbiotically feeding on the roots of plants but causing them no harm. 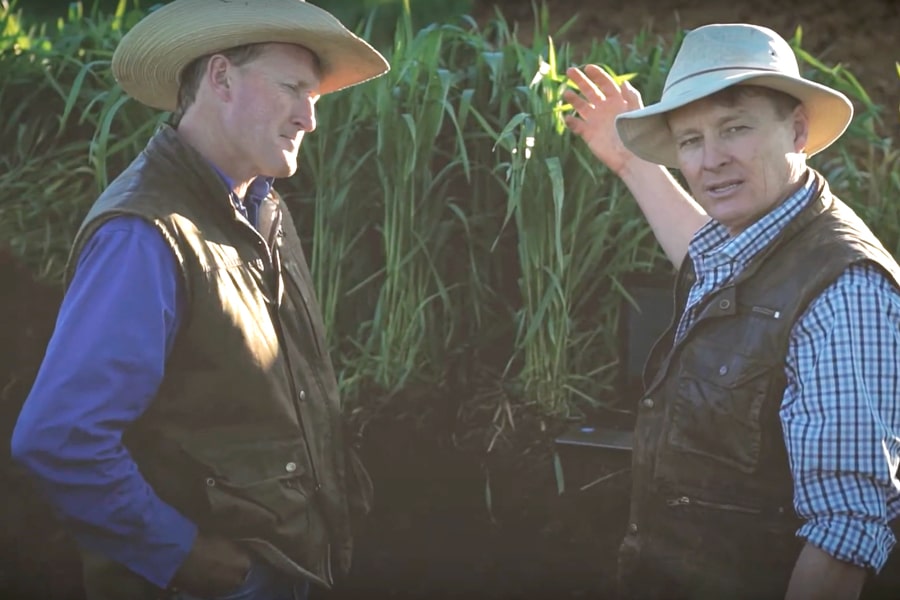 Guy Webb, co-founder and managing director of SoilCQuest 2031, was interested in soil health to grow better crops. The project was established in Australia in 2012 after Webb and other founding members Mick Wettenhall and Mark Shortis met Peter McGee, a soil carbon specialist and mycologist giving talks on endophytic fungi. The professor was about to retire, and the University of Sydney was not planning on continuing his work. Webb and his colleagues established the not-for-profit research institute in part out of frustration at the lack of interest from research providers. 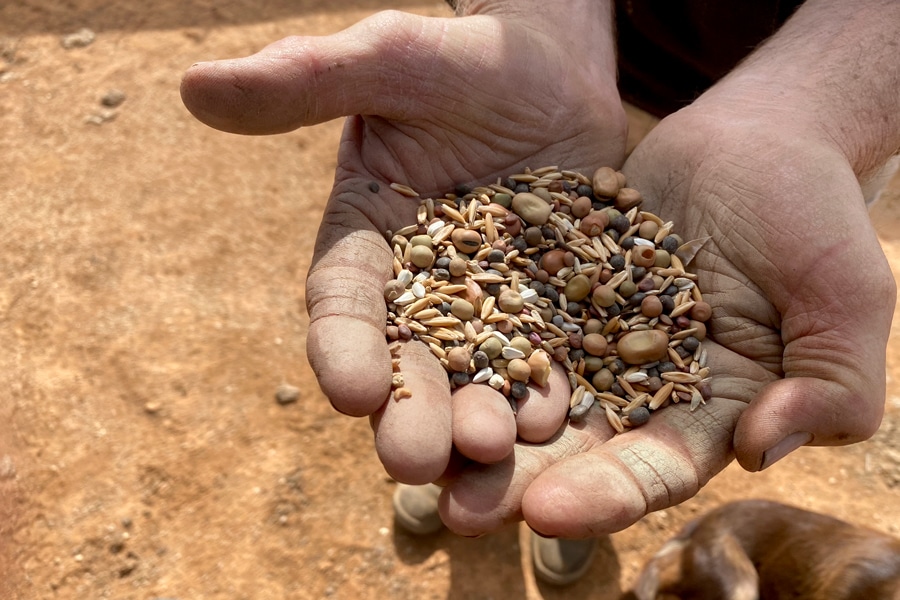 The project name is a play on words on “sequester.” The year, 2031, an aspirational date by which they aim to draw down 60 gigatonnes of C02e into the world’s soils. According to SoilCQuest, this would constitute a doubling of soil carbon. To achieve this, farmers mix the endophytes with water, and then with seed, which then go into the soil. Those at the institute are excited about the potential, says Webb: “it is eminently achievable, and there is no downside.” 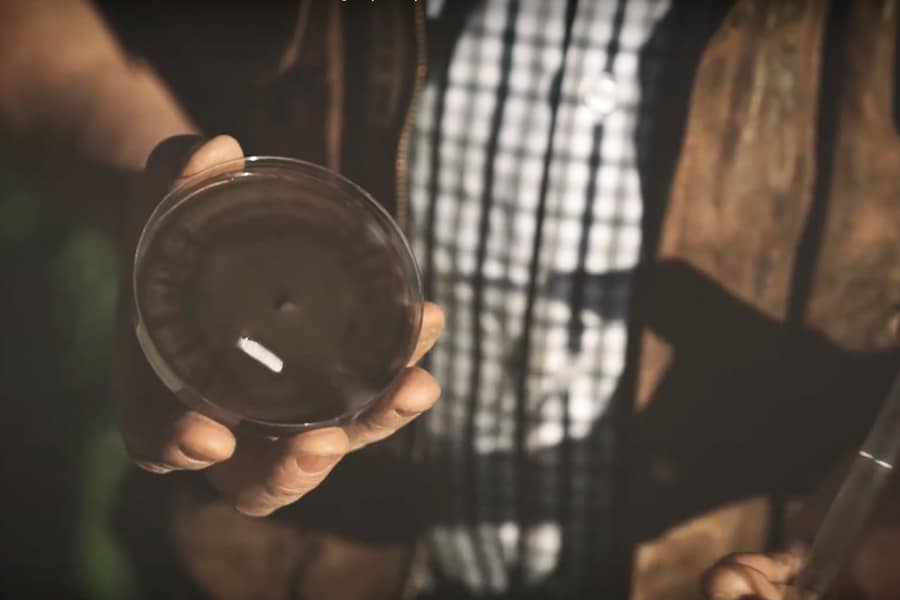 The endophytic fungi in a Petri dish

The method costs far less than some other ways of sequestering carbon, and for every tonne of soil carbon that SoilCQuest biotechnology produces, 3.67 tonnes of atmospheric carbon is removed from the air and used to bolster soil fertility. “Soils with more carbon are inherently more fertile,” says Webb. “It’s a win for the farmer, the soil, the environment…and, most importantly, for catastrophic climate change mitigation.”

SoilCQuest is no longer doing this alone. The institute helped launch Soil Carbon Co in 2019, a commercial startup to aid in researching, developing and deploying the endophyte to agriculture around the world. And since the not-for-profit is the startup’s largest shareholder, the environment is the largest investor, according to Webb.

Alongside its focus on soil carbon, SoilCQuest also explores the strategic use of trees and shrubs, conservation practices and regenerative farming techniques. What’s more, it’s working on systems to help assist farmers trade in carbon offsets as a commodity, to get them a fair price in a transparent market in what the startup calls the farmers’ ‘second crop’. 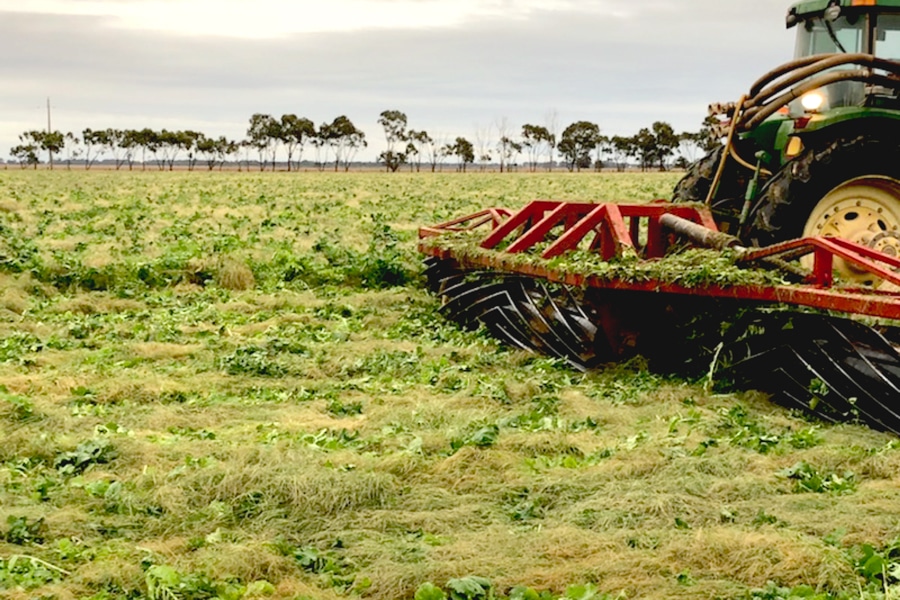 Since its inception, SoilCQuest has had many proud accomplishments, including the release of an award-winning documentary, Grassroots, and engaging large climate groups, research organisations, and corporations around the world to join in its efforts. For Guy Webb, though, his greatest achievements are his two children. “They are the reason I am so hellbent on promoting soil carbon sequestration,” he says. Leaving a legacy, he says, is why we have a responsibility— to “leave the planet in an improved livable state for our children and grandchildren.”

AtlasAction: Webb urges those who want to get involved to demand low carbon footprint produce first and foremost. Sharing their story helps too, he adds.

Reporter and producer based in Ireland and, sometimes, Barcelona where she contributes to BCN Més. Originally from Italy, she has also lived in and reported on the United States, France and Spain.

Cooling the planet by regreening Africa

Cooling the planet by regreening Africa