If the endangered European pond turtle still survives in Catalonia it is thanks to the Emys Foundation (Fundació Emys), which has committed itself to restoring and recuperating the natural areas where it lives.

If you wanted to save an endangered species, where would you begin? Friends of the Emys Foundation began by preserving its home. The European pond turtle (the eponymous Emys orbicularis) is a native species of the Catalonian wetlands which was in grave danger of extinction due to habitat loss caused by drought and climate change, but also by the intensive use of pesticides in farming. So they decided to recover various ponds that had dried up and even create new ones so that the turtles could thrive in an ideal habitat. Thanks to several actions carried out in the last 30 years, the European pond turtle population in the Selva plain (the area where the foundation works) is today the best-preserved, longest-running and most stable in the north-east of the Iberian Peninsula.

But the Emys Foundation is not alone in its efforts to restore the natural habitat. “We contribute to land stewardship across the territory,” Ivette Casadevall, the foundation communications director, tells us. “We reach voluntary agreements with forest or land owners, and we advise them on ways of making sure their farm management takes nature into account in the best possible way.” In the forestry field, they recover wetlands belonging to land stewardship farms, mostly creating ponds, but also helping to remove alien species and re-vegetating the area with native flora (especially riverbank woodlands). In the agricultural field, they encourage farmers to grow products that conform to high-nature value farming criteria, creating compatibility between agricultural development, nature conservation and the promotion of biodiversity.

It all began in 1987, when a group of young people from Riudarenes attended a talk where they discovered that their community harboured a population of European pond turtles that was in a highly vulnerable state. They then created the ADEPA association, in order to preserve the pools where the presence of this endangered species had been detected. The organisation kept growing until it became what we now know as the Emys Foundation in 2003. Even if its first target was to protect turtles, the foundation now works on nature conservation in various fields, promoting natural and cultural heritage research, management, conservation and promotion through land stewardship, with particular emphasis on wetlands. In Ivette’s words, “we work holistically in several areas to shoulder the responsibility of conservation through research, site conservation and management, but to do so we must take into account environmental education and its widest possible outreach.”

One of the educational tasks that the foundation has set itself is the Naturalist School, a learning space that started off for children but also developed into a training course for adults, where they organise regular voluntary work and make public appeals so that whoever wants to lend a hand can help them. They also work in close collaboration with a group of aquatic ecology researchers from the University of Girona (UdG) and welcome trainee students from various universities.

In 2021 they have been developing stimulating projects like the Estany de Sils (Sils Pond), set up under a river stewardship agreement, where they are well underway recovering a natural space that had deteriorated badly. They are working as well on a European Erasmus+ project, called ‘Resifarms,’ which consists of creating a toolkit for farmers engaged in sustainable farming and its benefits. They will also intervene in various natural spaces that encounter overcrowding problems (such as the pools in Les Planes d’Hostoles), particularly from a conservation perspective that enables compatibility with their public exposure, mainly by means of communication.

Ivette assures us: “We want to be an agent that promotes long-term conservation, sustainable management and environmental awareness, together with the commitment of other agents and local stakeholders. We want to create a regional network and also a means of exchange, extending expertise to other territories.”

AtlasAction: All kinds of involvement are welcome, from joining the voluntary team to sponsoring a turtle. Check out the range of options on the Emys Foundation website.

Starting a data revolution in conservation

“We know we’re in the middle of an extinction crisis but we still know remarkably little about which species live...
See more 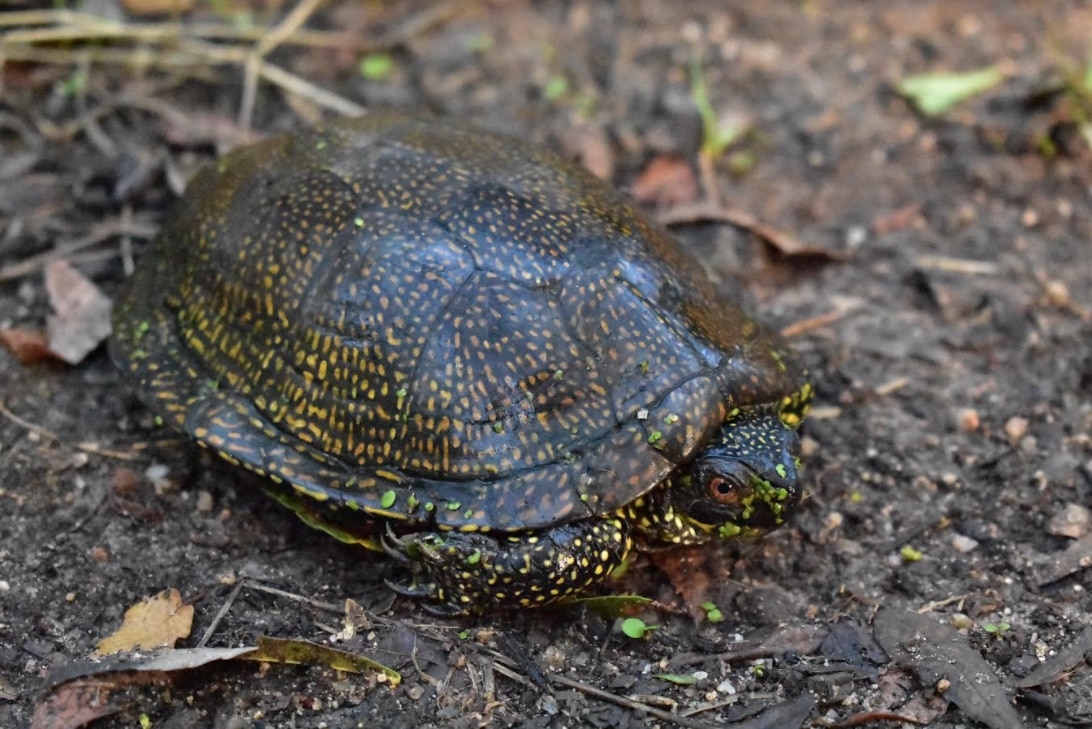 Starting a data revolution in conservation

“We know we’re in the middle of an extinction crisis but we still know remarkably little about which species live...
See more