Meet the people bringing the magic of music to youth in Palestine. 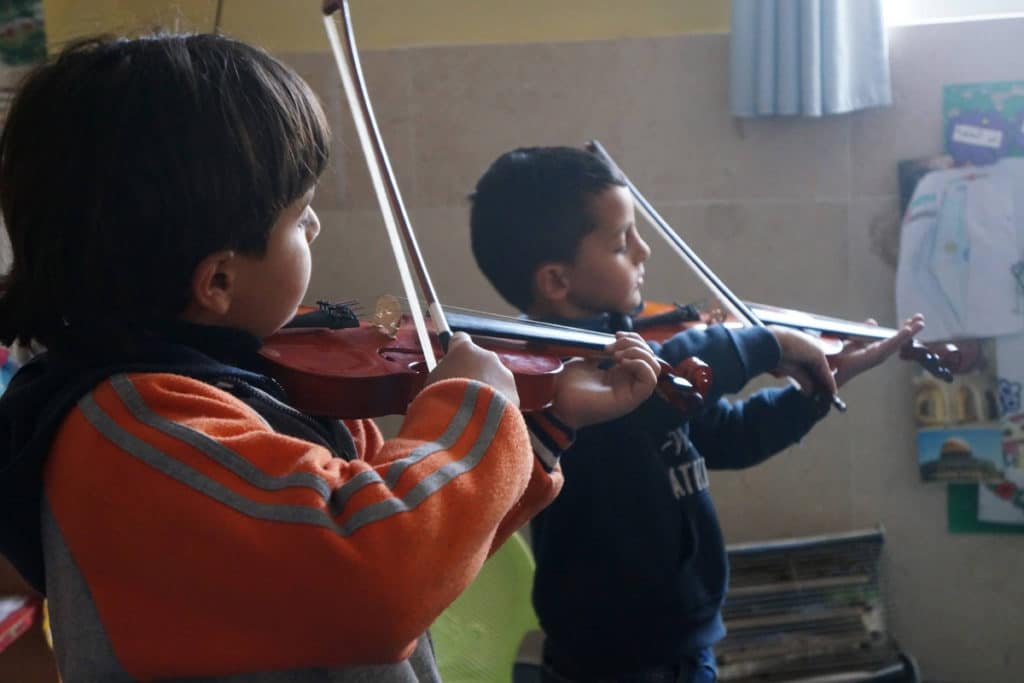 Music gives children a new language, which they can use to meet and communicate with others, and makes them feel part of a bigger family. It gives them something stable and special in their life, even when everything else seems to fall apart.

Sounds of Palestine started in 2012, when its founder – who prefers to remain anonymous – was inspired by El Sistema, the free ‘Music for Social Change’ programme in Venezuela. El Sistema’s creator, José Antonio Abreu believed that music “is an agent of social development in the highest sense, because it transmits the highest values – solidarity, harmony, mutual compassion”. It helps kids develop as people, not just as musicians – an opportunity that Sounds of Palestine wanted to bring to children living under military occupation in the West Bank. 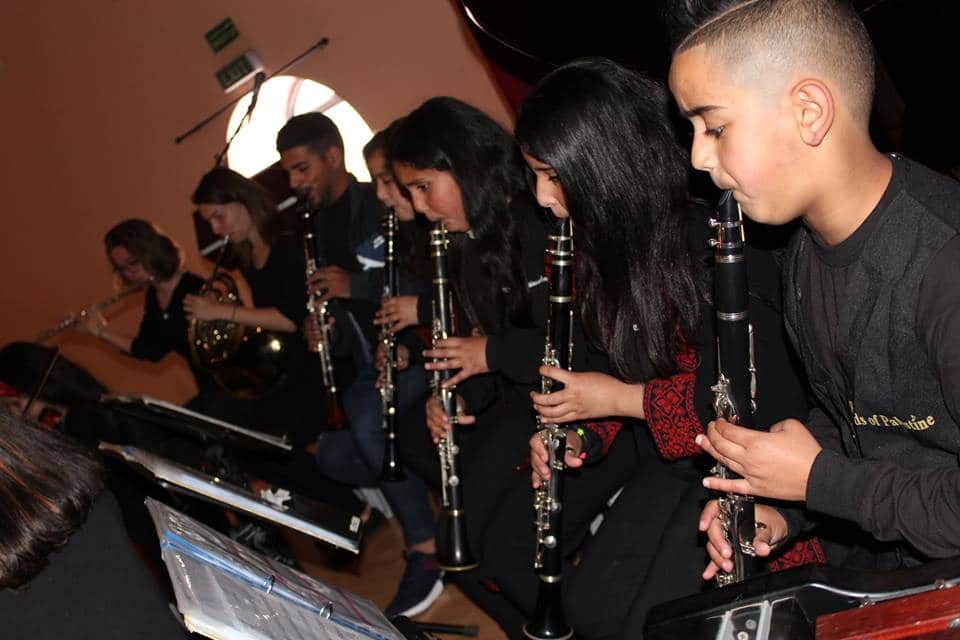 Sounds of Palestine started offering lessons in kindergartens in Bethlehem’s al-Azzeh and Aida refugee camps. After the first year, they welcomed a new group of budding three and four year old musicians, and continued teaching the previous year’s class as they progressed to first grade. It has grown this way year by year, and expanded to nearby Dheisheh refugee camp and local villages, so that 250 children aged 3-15 are now getting musical at least twice a week. And it’s no wonder it’s a hit – Sounds of Palestine is the only music education available in Palestine that’s long-term, completely free, and includes healthy food as well as transport to and from class. 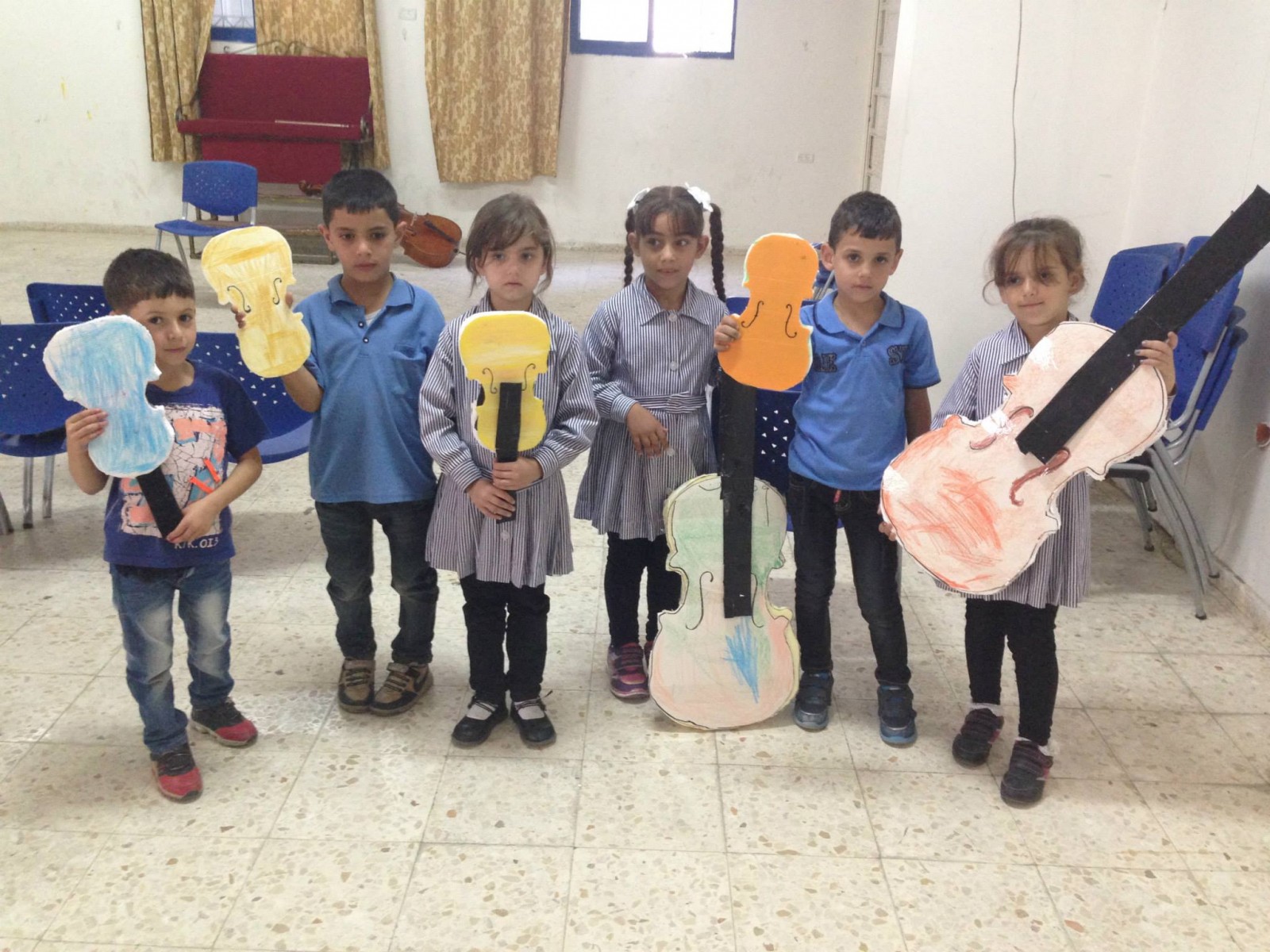 Students take after-school lessons in orchestra, choir, music theory, Arabic percussion, folk dancing, violin, cello, double bass and clarinet. And as if that joyful cacophony wasn’t enough, it’s also – importantly – about teaching life skills and citizenship. Each child joins the orchestra from the beginning, even when they can barely play their instrument yet. The team uses the orchestra to model society and teach the children skills they can use in daily life, in order to become responsible active citizens: skills like listening skills, helping each other, working together, learning that you can create something beautiful together, not giving up and doing something that makes you proud of yourself.

The lessons are for every child, regardless of background or ability – because ultimately, the programme is about much more than music. The team tells us: “Our approach is holistic, and although orchestra playing is the main pillar, we care for the children and their families in a much broader way. We visit the homes of children who show more challenging behaviour and try to support the families. The trusting relationships we build over the years with each child can really support the child to become a healthy, stable adult.”

Musical education creates a sense of connection and togetherness that is hard to find elsewhere – something that is all the more important in the face of the day-to-day threats, restrictions and tragedies of life in Palestine. “When we finish the orchestra rehearsal you can see and feel that the children are connected, they are sharing something beautiful together, they have something that no one can take away from them.

“The children witness traumatic events – we have a student who just lost her 14 year old brother because he was killed by the Israeli army during a night raid in the refugee camp where they live. We can not change the things they face in life, but we can make them more resilient and give them opportunities to create changes in their community.”

Their musical adventures have connected them not just with each other, but with children around the world. Eight students were invited to take part in Amsterdam’s international music festival Cello Biennale 2018 – an opportunity to see the world for kids whose parents don’t even have a passport. 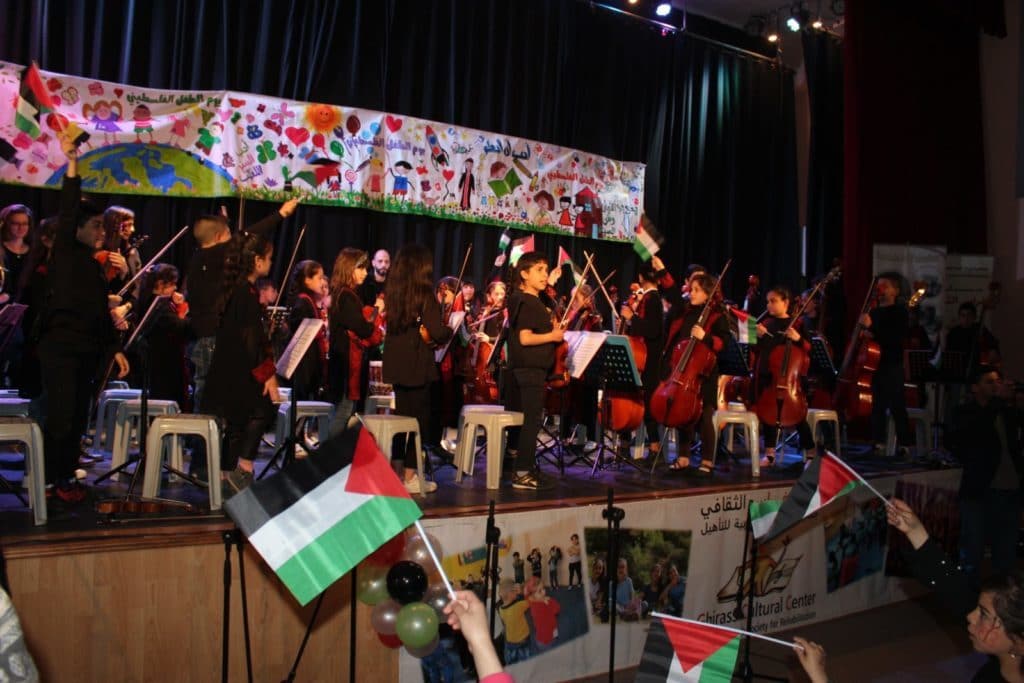 In 5 April every year, Palestines celebrate the Day of the Palestinian Child. While Sounds of Palestine usually hold a concert performed by their Baysamun Orchestra, they did not let me pandemic stop them celebrating at home, reaching out to children through phone calls and video music lessons. 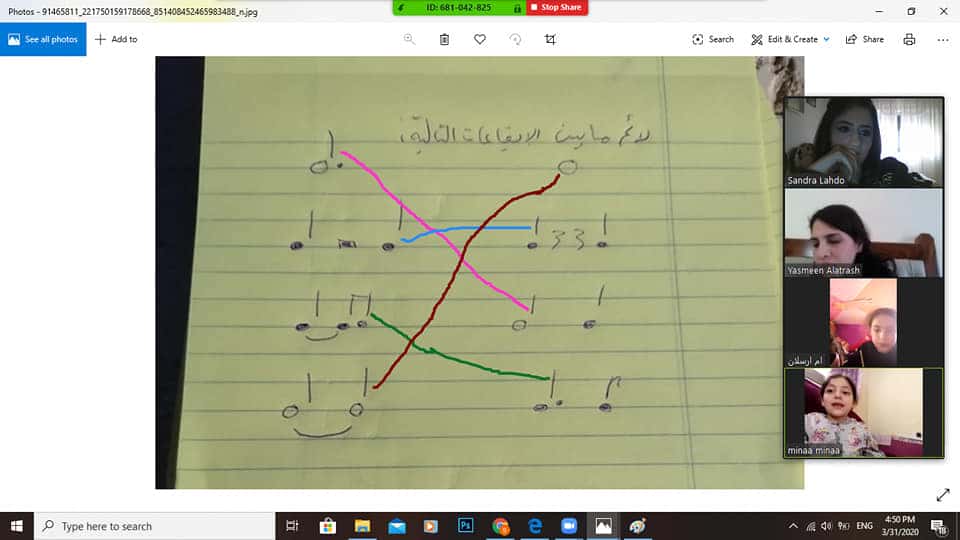 It is creativity, the team adds, that is the tool children need to withstand challenges and make change. “Creativity can bring about more or different solutions to problems. Especially when living under very harsh circumstances, being creative can help you to deal with the situation or to even change things. A culture of creativity can help the children and their families to relax, to have something to be proud of, to celebrate their identity and to celebrate life.”

AtlasAction: Help Sounds of Palestine keep bringing the magic of music to more and more children by buying an instrument or a hot meal – or if you’re a musical whizz, get in touch to volunteer as a teacher-trainer.

Read more ► Check out Common Wealth’s Top 5 projects changing the world through breakdancing, trash-matching and the magic of orchestra.

Nature-geek, urban forager and all-round wordy sort. Freelance strategist and copywriter for organisations that care about the future. Often found reading while walking.

"Hope is sprouting in the margins, from the grassroots.” – Rhiannon White The stage is set… but not as you know...
See more 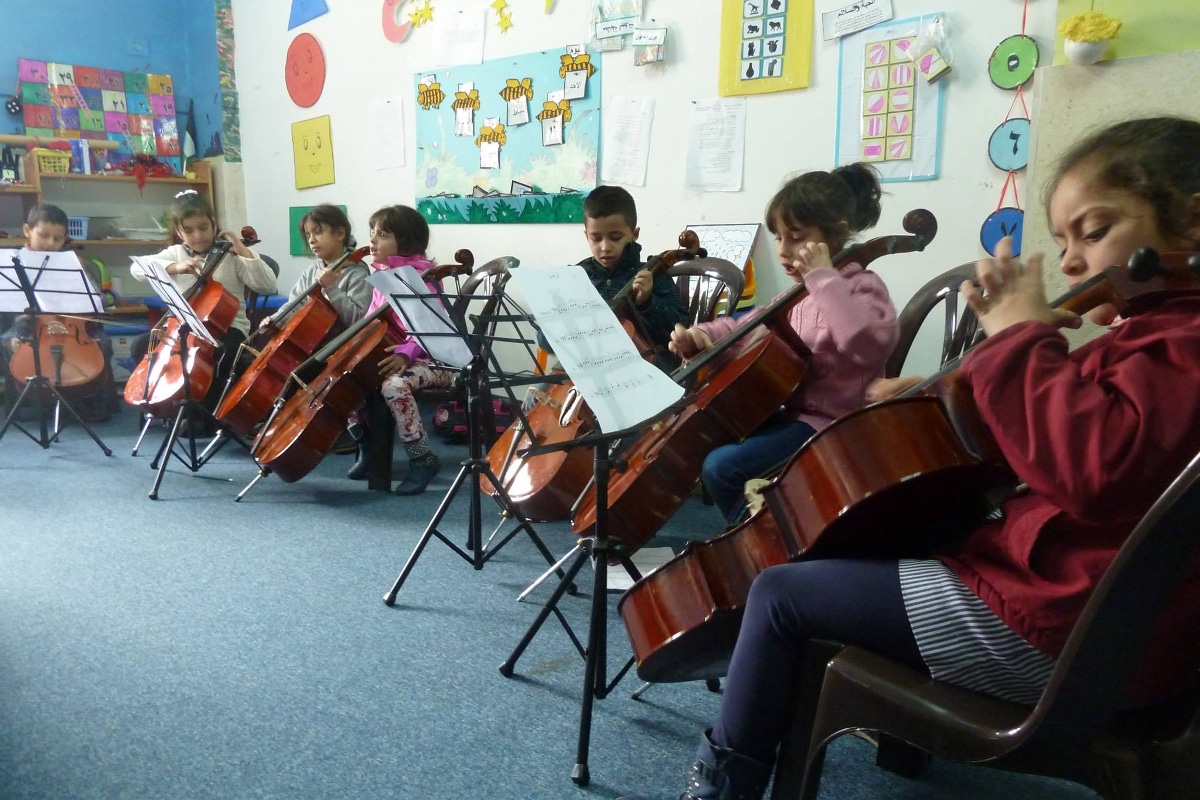 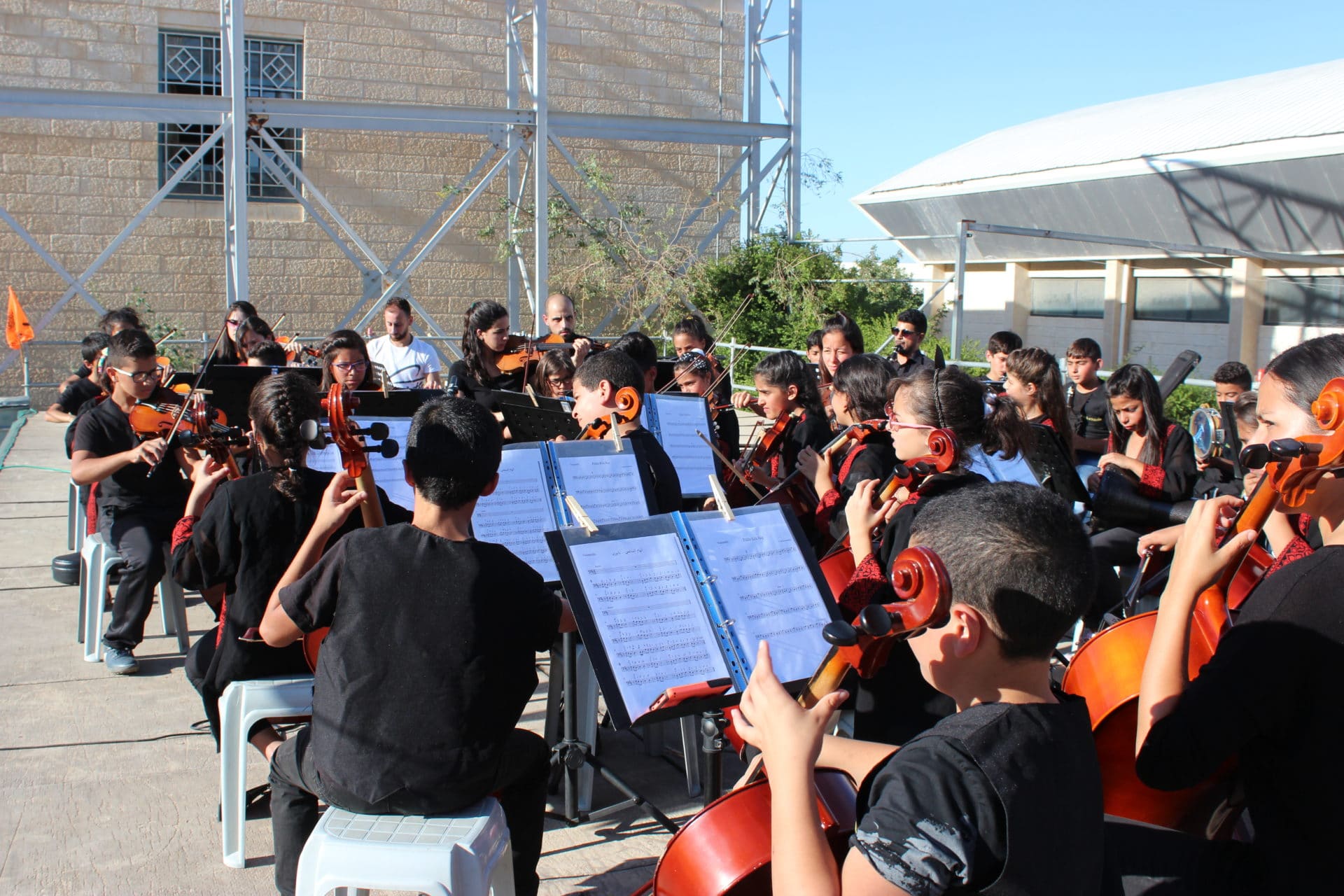 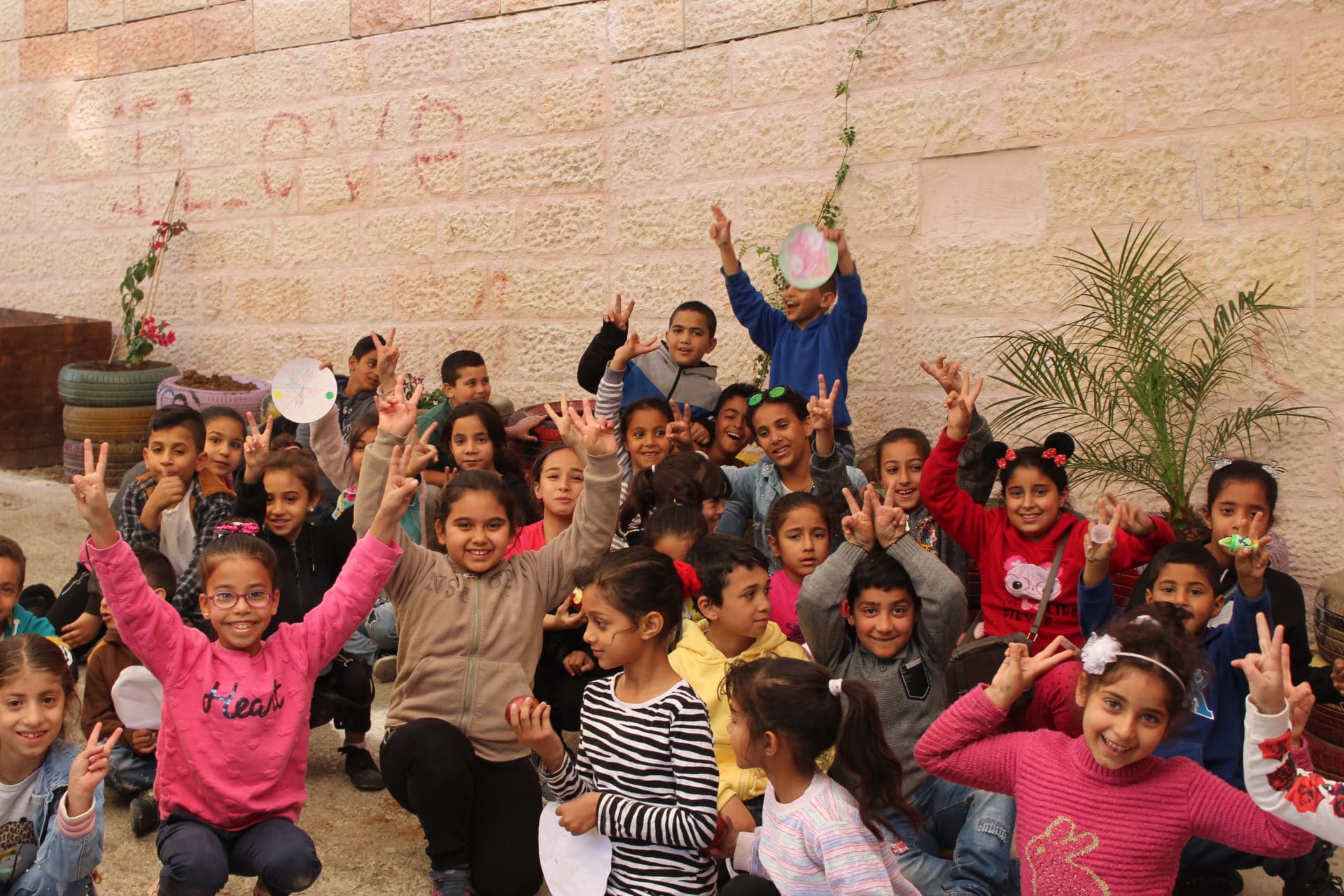 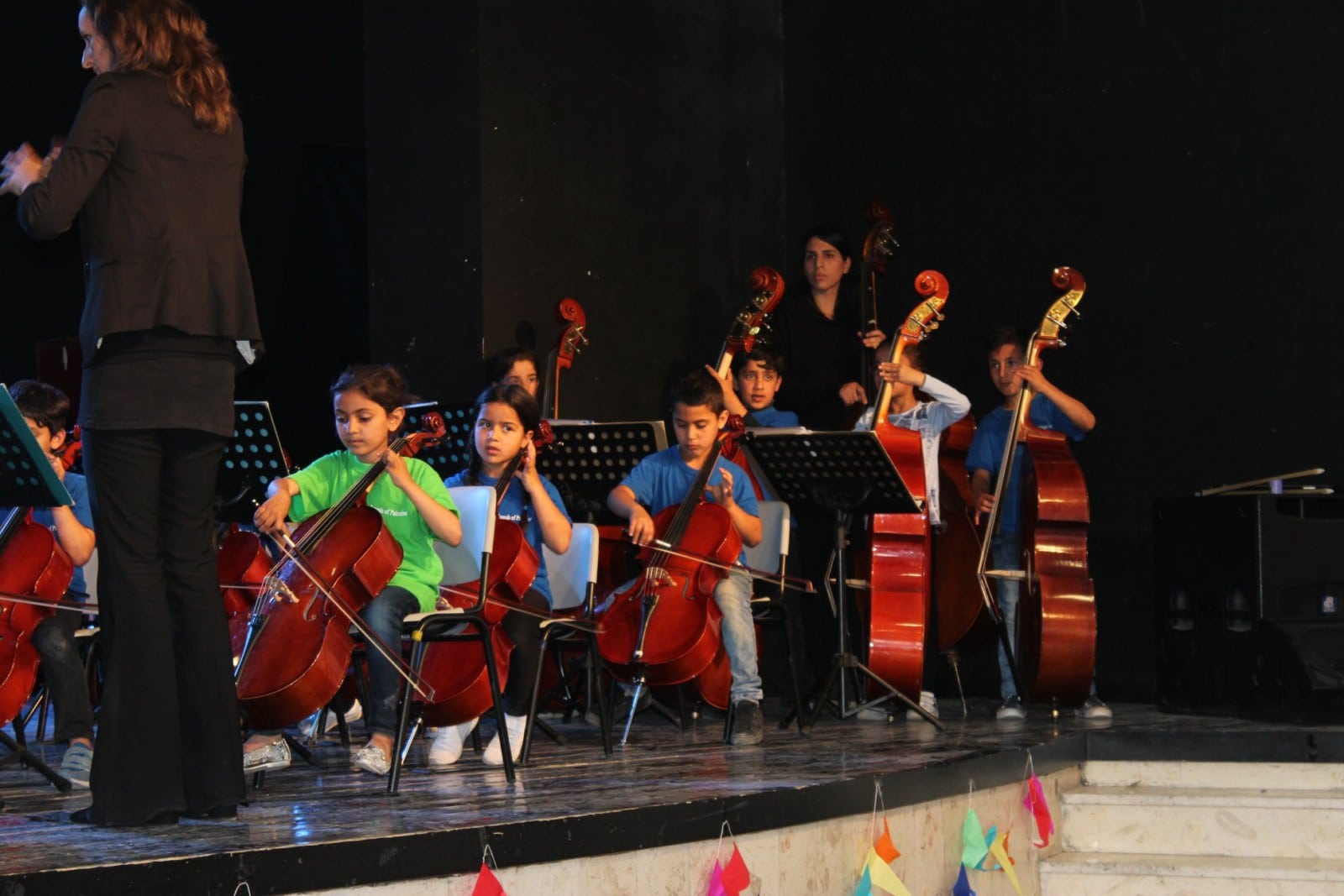 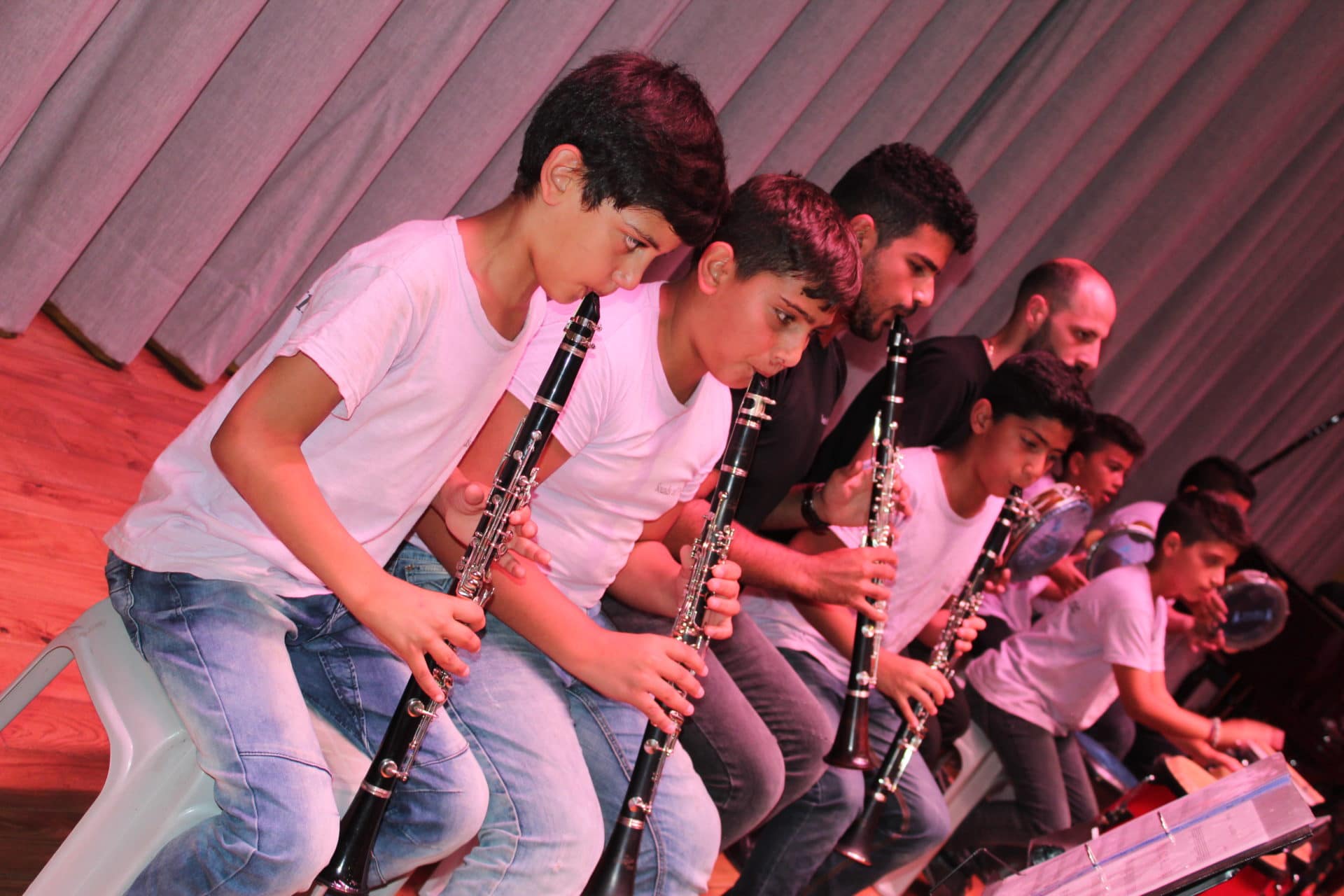 "Hope is sprouting in the margins, from the grassroots.” – Rhiannon White The stage is set… but not as you know...
See more