“Hope is sprouting in the margins, from the grassroots.” – Rhiannon White

The stage is set… but not as you know it. Step into a boxing gym, explore the rooms of a terraced house, or wander across an open factory floor. Welcome to Common Wealth Theatre, where stories are told by – and for – the people who lived them. 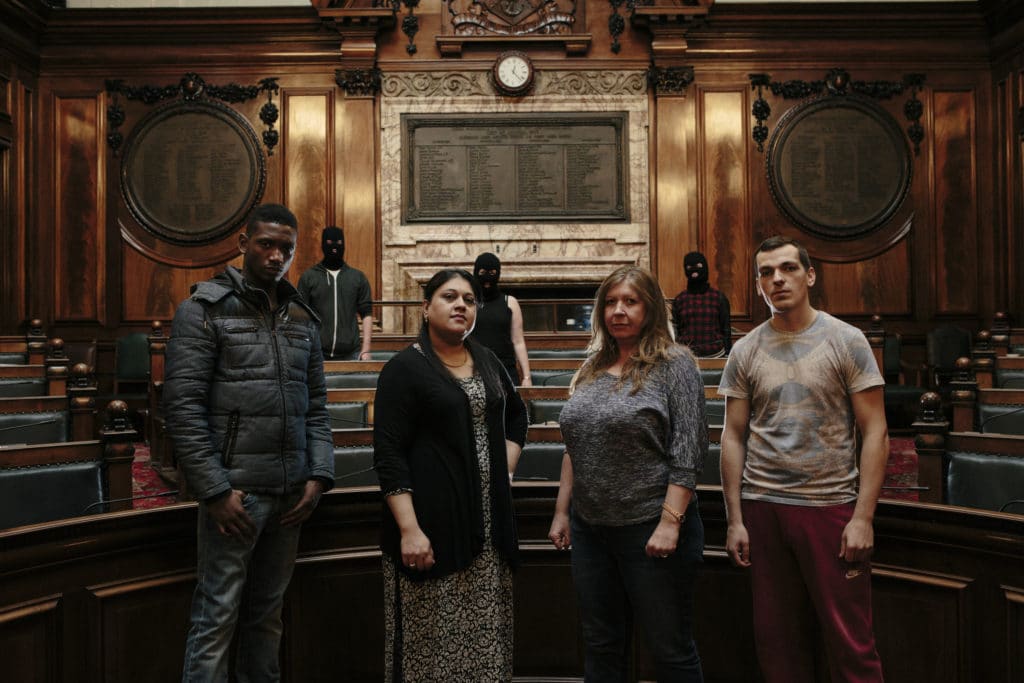 When Rhiannon White started university she was introduced to a whole world of art and theatre that she’d never experienced. “Having grown up in a council estate in South Wales, I first became aware of how little opportunity I’d had when I got to university. The opportunity I saw when I got there, the power of using culture and creativity, was immense. I felt like everyone should have the right to share and experience it.”

With colleague and fellow visionary dramatist Evie Manning, she set up Common Wealth: a theatre production company that took theatre out of the theatre by performing in Bristol’s abandoned buildings. “We didn’t care about money, or cracking the art scene, we just did it because we wanted to make art. We were really interested in what it meant to be ‘common’, what it meant to be poor, and how we found the wealth and richness that already exists there.”

Since 2011, Common Wealth have created twelve shows that have taken them to boxing rings, Council Chambers and abandoned factories across the UK, Finland and Australia. Over 100,000 people have been invited inside the stories of domestic abuse survivors, female teenage Muslim boxers, and steelworkers threatened with mass unemployment.

Most importantly, Common Wealth’s work puts the people who have lived the story at the heart of the creative process. “It always starts with interviewing people, with a conversation that we’ve had with someone. And it’s always really rooted in the place we’re in”, Rhiannon explains. “It’s about representation. The narrative of people and place is really important to me. Where I grew up is a council estate called St Mellons, where our narrative was determined by a politician called John Redwood, who used to be Secretary of State for Wales, and I personally felt the power of someone else’s narrative being put onto a place and how that lingers for a long time. The work we do has to come from the owners of the story, otherwise we’re just making it up and sensationalising ideas and places and people.”

“We keep our rehearsal room open and always invite people in – because everyone is a collaborator”, Evie adds. “It’s really important that people we’ve interviewed throughout the process know they can inform the play, they can change and edit the script. Quite often we’ve bumped into someone on the street during lunch break, and then invited them to watch rehearsals and chip in.”

And this is isn’t art for art’s sake: every Common Wealth show has a big, fearless, mindset-shifting point to make – and a change to instigate. “One of the questions we ask ourselves when we first start out with a new piece of work is who’s it for, who’s coming? For Our Glass House, we invited people who were teachers, policeman, solicitors, GPs – anyone who would come in contact with domestic violence. The Chief of Police in Scotland came along, and released a statement saying he would look at domestic violence in a different way. That was a massive achievement, it felt like there was real movement around those conversations.”

No wonder the audience aren’t given chairs. “Normally you go to the theatre and sit down and are fed the show; but for us the audience are up, they’re empowered, they’re making decisions. We want to drive political action with our work, and I don’t think you can do that sitting down. You have to be ready.”

They recently worked on a couple of “wicked pieces of work”. Peaceophobia is a play staged in car parks about Islamophobia. Part theatre show, part car rally, and conceived by young women from Common Wealth’s Speakers Corner Collective and Bradford Modified Club (below), it challenged the political, social, and cultural narratives surrounding young Muslim men. “If Islam means peace, how can you have a fear of peace?” 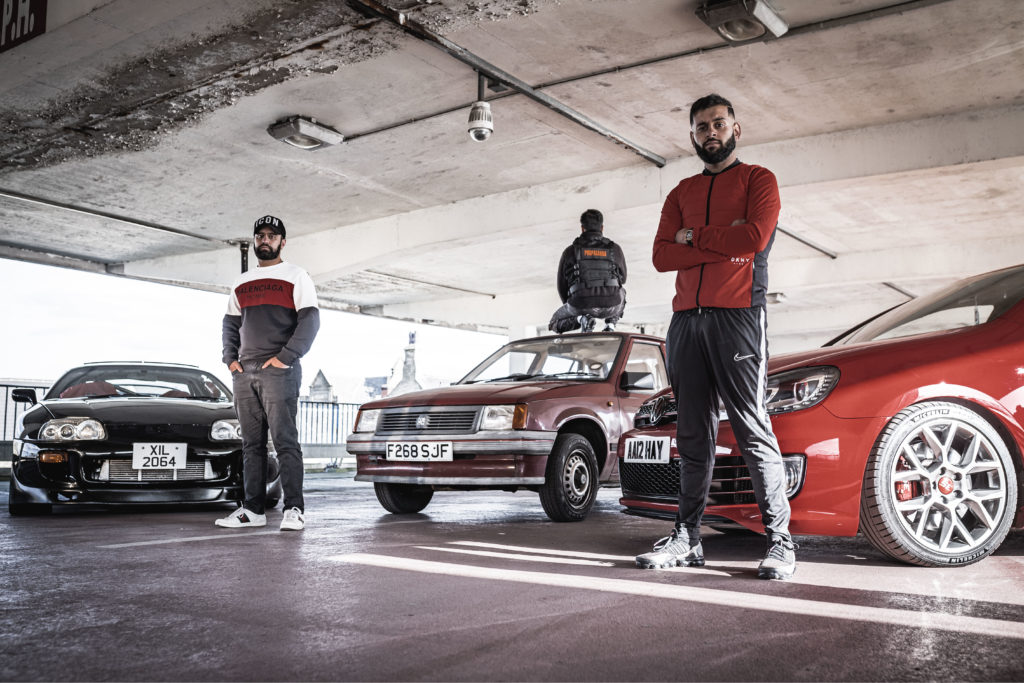 Us Here Now is a socially distanced photography project with artist Jon Pountney capturing the power of challenging the negative narratives of the Cardiff East council estate on which Rhiannon grew up. “We’ve learnt about how perceptions of the area were influenced by journalists in the 1970s, who paid kids to vandalise a block of flats for a photoshoot, and how the former Welsh Secretary of State demonised a generation by slating single mums and the future of their children. We have learnt our community is beyond rich; every person we have met has challenged the stories told by journalists and politicians.”

The photos will be displayed in an outdoor exhibition, transforming derelict walls into a gallery: “a space for us to remember our community through the Covid winter.” 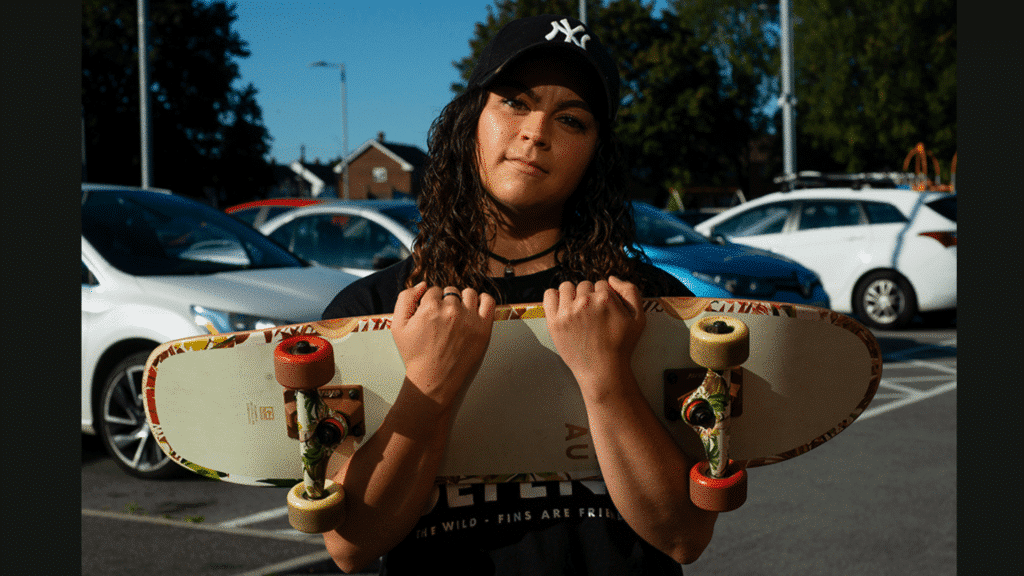 Since lockdown, Rhiannon told us she has seen hope sprouting in the most unexpected places. “People are hungry to connect and be connected. People give a shit, about the places they live and they want to see change.”

Recently, Rhiannon and Evie recruited for a Common Wealth ‘sounding board’ to support the work they’re making in Cardiff. They were overwhelmed by passionate applications. “Humans are amazing, especially in times of struggle, when we need to be,” Rhiannon adds. “It’s kindness, being overwhelmed by kindness and a passion to fight for a fairer society, that’s where hope is sprouting – in the margins, from the grassroots.”

Next is for Common Wealth is to launch creative labs that bring together grime artists, illustrators, animators, actors with people who have experienced life and developed their own skills, like steelworkers and female boxers. “We’re interested in what happens with the future of theatre and the future of art, and how we can cross-fertilise ideas and minds and ambition and form and really mess it up.”

AtlasChart: Who better to tell us about some of the other people around the world using art as a force for good? Read Rhiannon and Evie’s Top 5 people and projects changing the world through breakdancing, trash-matching and the magic of orchestra, in extreme environments and lockdown.

FutureLeague interview: Learn more about how Rhiannon and Evie are taking activism to the stage.

Meet the people bringing the magic of music to youth in Palestine. In Bethlehem’s refugee camps, it can be hard...
See more
Yemen (Sana'a)
Yemen (Sana'a)

Two women are changing the narrative on Yemen by creating groundbreaking and authentic local artistic content in an extreme environment....
See more 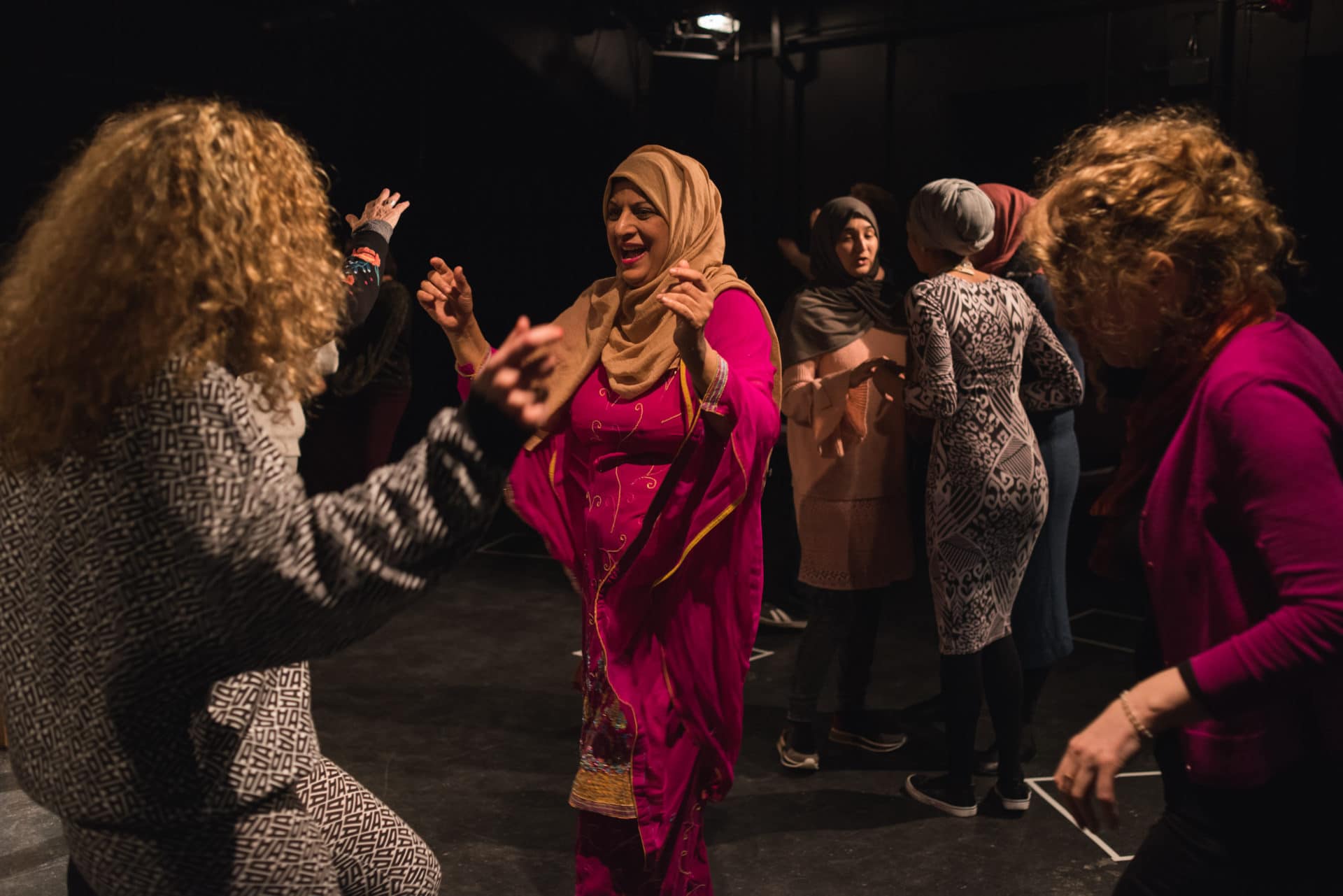 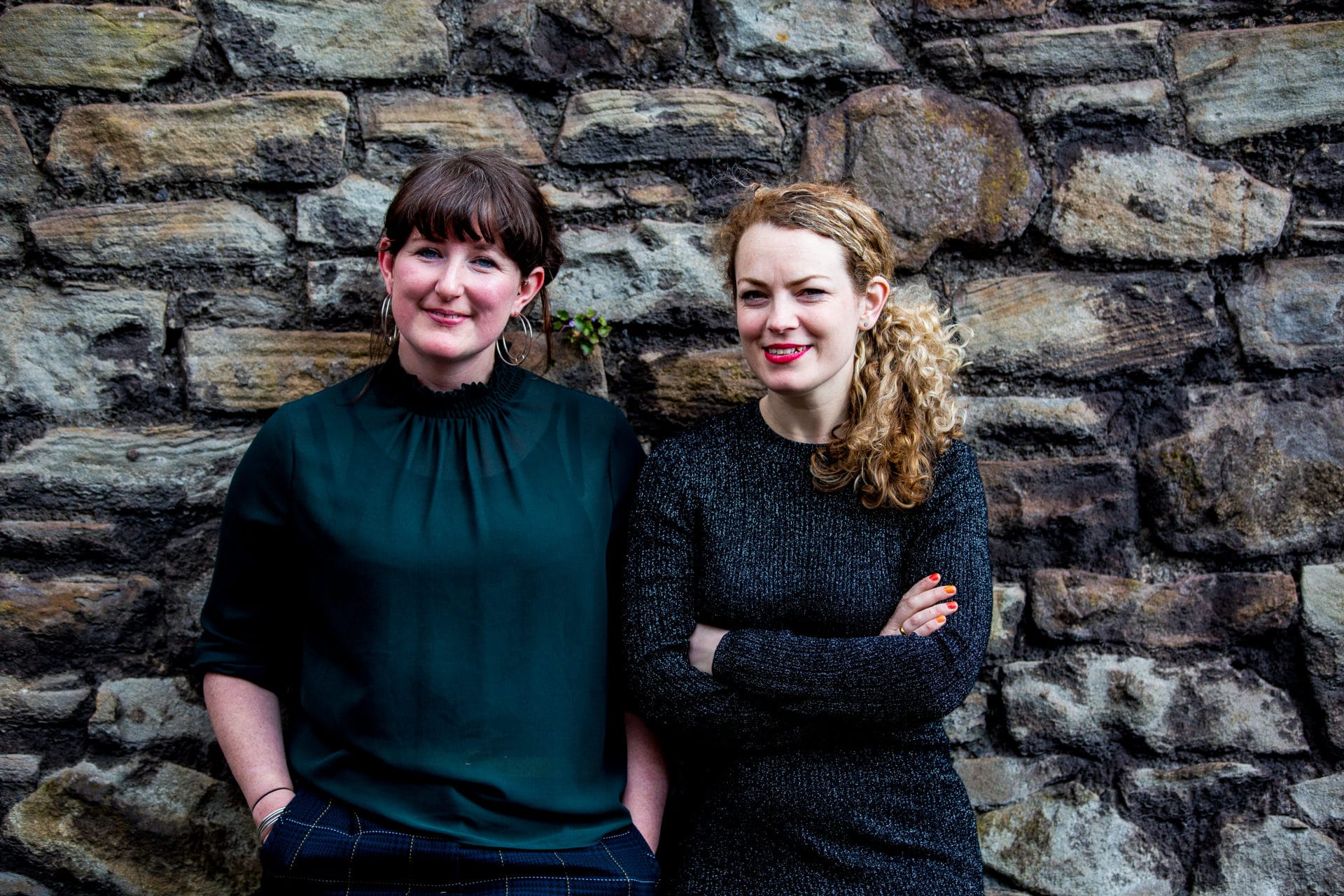 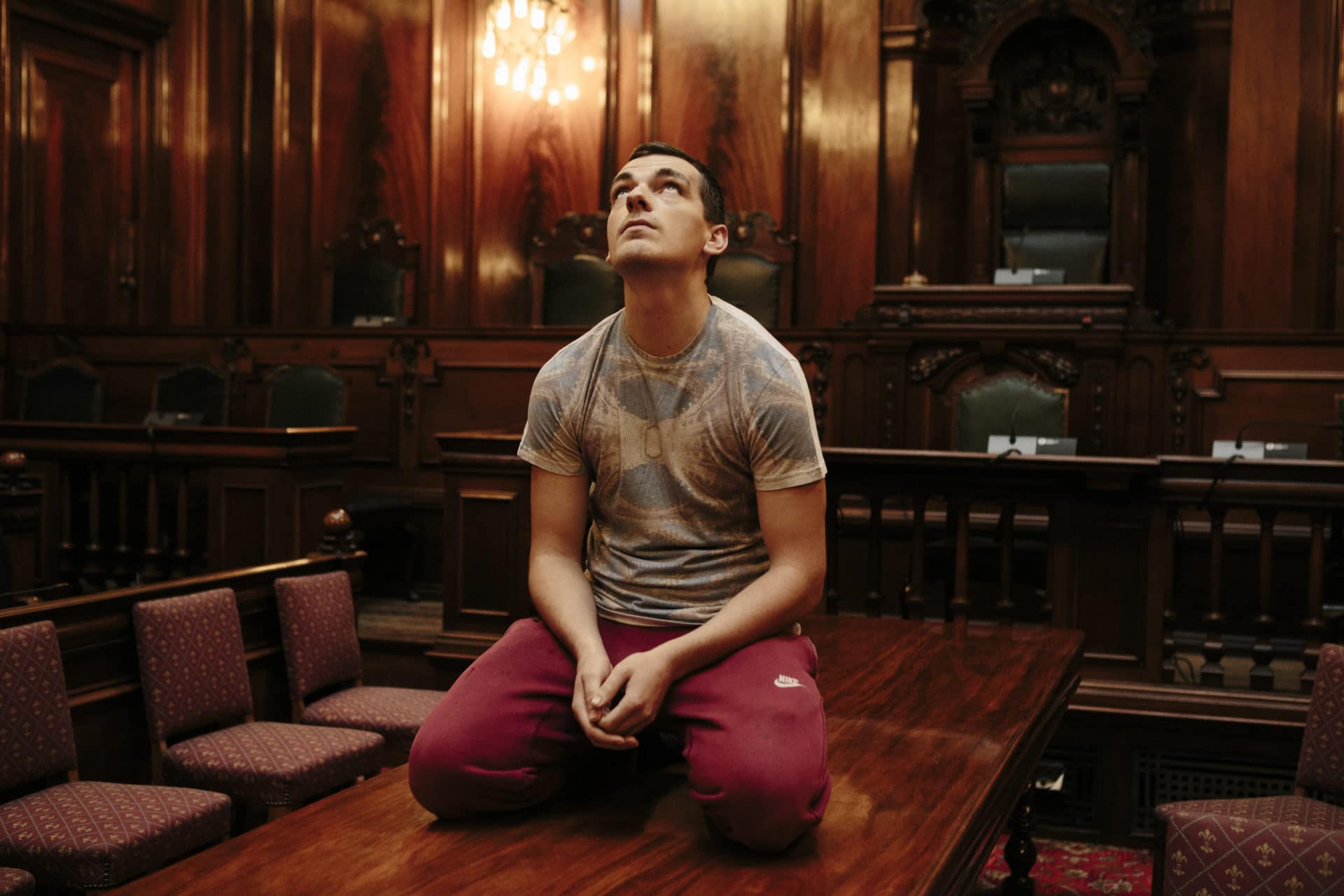 Cain Connelly in ‘The Deal Versus The People’ | Photo: Christopher Nunn 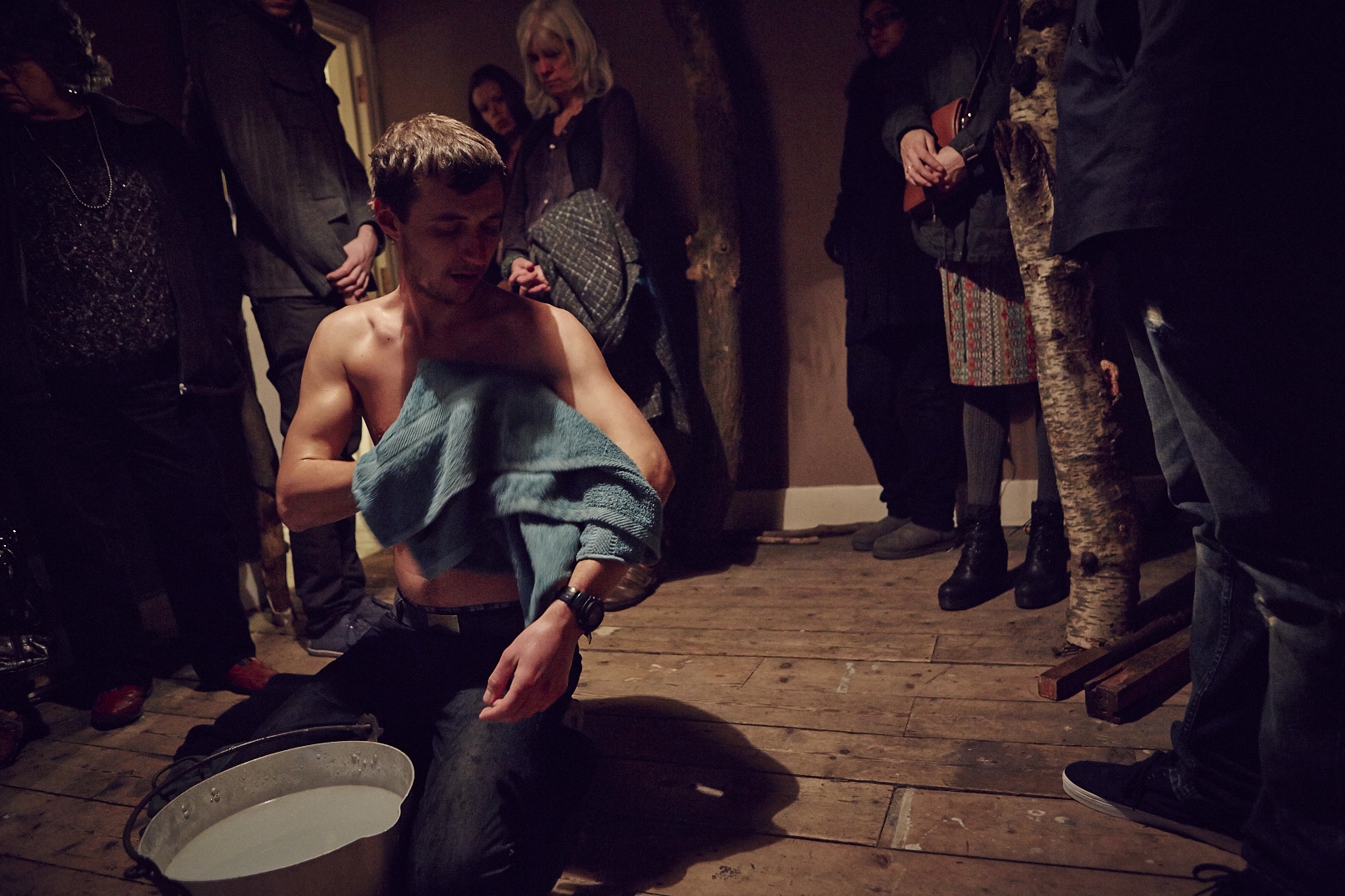 Meet the people bringing the magic of music to youth in Palestine. In Bethlehem’s refugee camps, it can be hard...
See more
Yemen (Sana'a)
Yemen (Sana'a)

Two women are changing the narrative on Yemen by creating groundbreaking and authentic local artistic content in an extreme environment....
See more