Resolve Trash2Cash is a women-led micro enterprise that transforms attitudes to waste and recycling.

Waste has one of the largest impacts on climate change and it is a particular problem in Kolkata, India. The city has the highest gross CO2 emission in India and its municipal solid waste and landfill accounts for nearly 45% of the total emissions. To put a figure on it, more than 5,000 tonnes of solid waste is generated every day. This dumped waste then contaminates the groundwater, emitting large amounts of methane gas, which traps much more heat in the atmosphere than carbon dioxide. The excessive waste is also starting to intrude into the East Kolkata Wetlands. 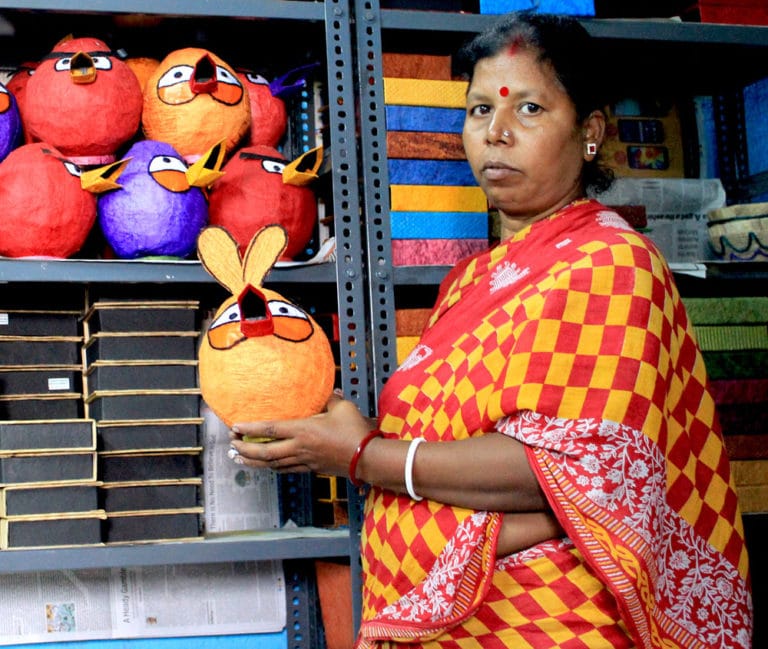 Crafts made from trash. Image from Resolves Trash2Cash.

But it’s not just the environment that suffers. More than 50% of the urban poor are waste collectors, segregators or suppliers, and women play a large role in this informal economy. They are seen as “citizens of dirt” and are often ostracised and exploited.

In 2011 Resolve Trash2Cash, an initiative of the South Asian Forum for Environment (SAFE), decided to work on this waste management problem and at the same time develop alternative livelihoods for the city’s waste workers and slum dwelling women. 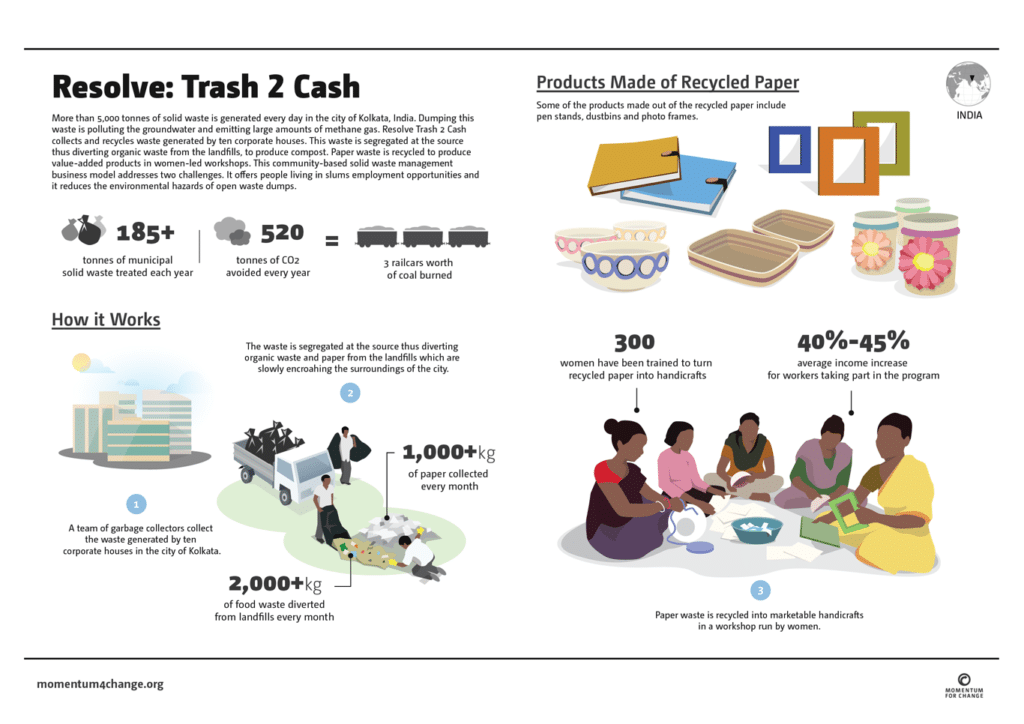 The project directs waste away from landfill, collecting corporate and household waste in urban areas and segregating it. The project focuses on converting waste to compost, as well as using paper and textiles to make products in women-led workshops. According to SAFE, each month slum residents collect and recycle 1,000 kilograms of wastepaper, 670 kilograms of cloth waste and compost 2,000 kilograms of food waste.

The project aims to be a sustainable solution based on recycling, reusing and thereby reducing landfill and pollution that is “climate adaptive, pro-poor and economically viable.” For example, the corporate organisations providing the waste are often buying it back in the form of office supplies and corporate gifts.

Training and capacity-building is a big focus of the project. The initiative has trained more than 300 women to turn recycled paper into handicrafts, such as trays, bowls, baskets, photo frames, folders, and other ornaments, which are then sold at markets. The average income of the women working on the project has increased 40%.

But the capacity-building is not only on how to make recycled products, it also includes incorporation in micro-insurance schemes, sanitation awareness programmes and easier access to retail opportunities. The member-centric micro enterprise is owned by the women members, who elect their representatives and contribute to decision making. This participatory approach has increased the motivation of the members, as well as the transparency of the project.

As project leader Amrita Chatterjee explains, “we discovered great entrepreneurs in the women of dirt, who just need technology cooperation and seed resources to be an entrepreneur like any other person from this generation.”

Resolve Trash2Cash has proven to be a successful model. In 2013 it received the International Match Foundation Award for women empowerment and in 2014 it was recognised with the UNFCCC Momentum for Change, Lighthouse Activity Award, at COP20, held in Lima, Peru. 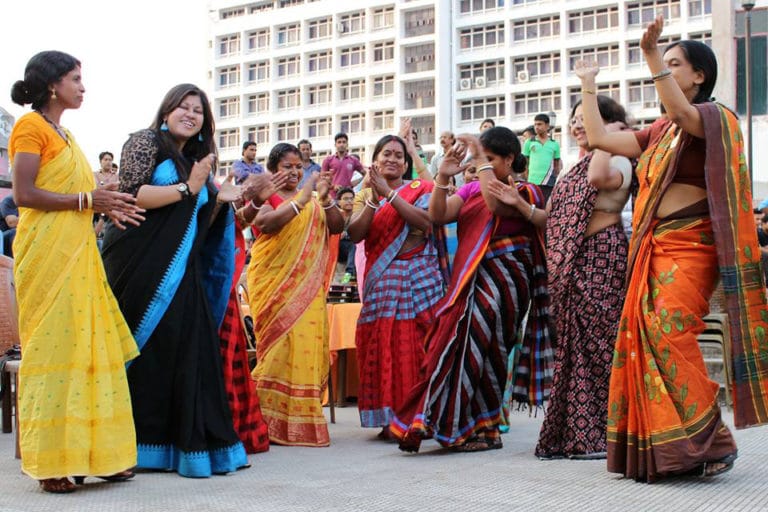 The project model has also been expanded to other cities, with textile workshops held in Dhaka, Bangladesh and an iteration in Bhutan. SAFE has even expanded the products to produce heat retentive cookers from cloth and plastic waste.

As Amrita says, this women-led approach empowers “women not just to earn their bread but to earn the dignity of a mother who rears her children for a better tomorrow.”

AtlasAction: You can help Resolve Trash2Cash support women and children who want to leave dangerous rag picking work by donating here. You can also follow them on Facebook and YouTube.