Marine conservation successes are happening all over the world. Green sea turtles in Mexico are no longer listed as endangered, a major fishing deal is offering protection to Arctic waters and countries are banning shark fishing. Yet, you wouldn’t necessarily know it.

Twitter initiative #oceanoptimism wants to change the script, providing an ‘ocean half full’ place to crowdsource and share uplifting, real world examples of resilience and recovery 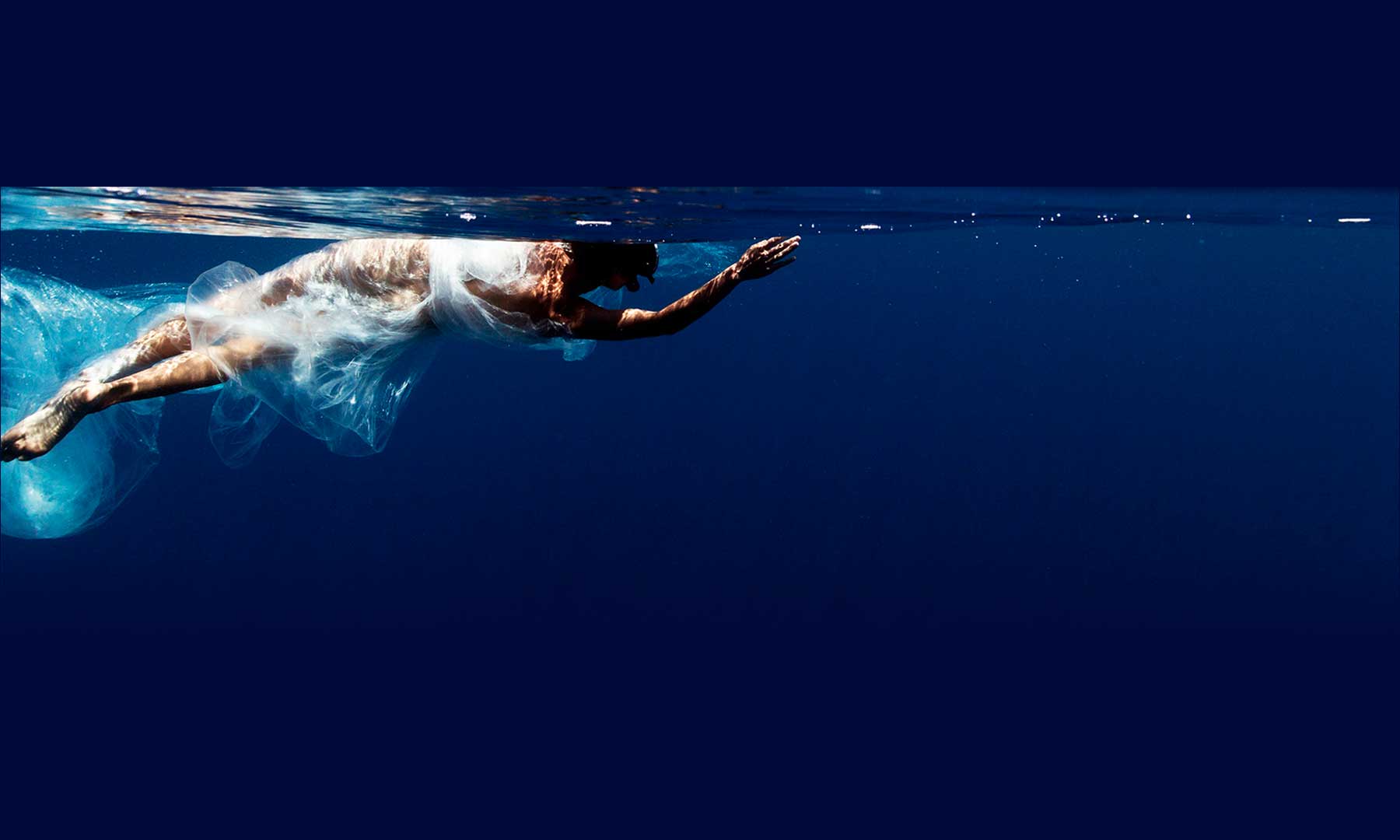 #oceanoptimism was co-created by environmental communicator Elin Kelsey, marine science leader Nancy Knowlton and marine biologist Heather Koldewey (also a specialist in seahorses), who all share a mutual passion for increasing access to ocean conservation solutions – and a concern about the way the marine environment was so often portrayed. They were later joined by environmental campaigner Elisabeth Whitebread, who focuses on marine reserves and plastic pollution.

Nancy’s interest in focusing on hopeful solutions stemmed from witnessing the impact of doom and gloom on marine science graduate students and on the field of marine science more broadly. “An entire generation of scientists has now been trained to describe, in ever greater and more dismal detail, the death of the ocean,” she wrote in an article with her husband, the noted marine scientist Jeremy Jackson.

Heather’s desire to source hopeful marine solutions arose from her concern about the tendency for scientists to publish problem analyses, rather than conservation successes.

For Elin, the impact of a chilling sense of dread on kids, in particular, came as a shock. “Eco-anxiety, environmental grief – despair about the future of the planet has garnered many labels in recent years. In our noble zeal to emphasise the urgency and enormity of environmental issues, we may inadvertently be raising a generation that feels hopeless about the future of the planet,” she explains.

The award-winning environmental author’s research into hope, resilience, and the environment has garnered her fellowships with the Rockefeller Foundation, the Rachel Carson Center for Environment and Society, and the Cairns Institute. “Children surveyed are so troubled about the state of the world, they honestly believe it will come to an end before they get older,” Elin adds. “We fail to take into account the collateral damage of apocalyptic storytelling,”

Launched on World Oceans Day on 8 June 2014, #oceanoptimism ignited a Twitter, Instagram and Facebook storm of hope, uniting all with a renewed sense of hope for our oceans. Since then social media become awash in uplifting news about the ocean. The hashtag is now the go-to source for examples of ocean conservation successes and solutions from around the world – reaching more than 95 million shares to date.

By celebrating conservation successes we will ignite hope and inspire the next generation of thinkers and changemakers.

This project is mapped to the Marianas Trench Marine National Monument, a marine reserve Elin helped establish.  “It’s in the middle of the Pacific Ocean and it’s fitting because the establishment of ecosystem scale marine reserves is a hopeful ocean trend.”

AtlasAction: Take an irresistible plunge into the surprising world beneath the waves. Join the movement and tweet your #oceanoptimism now!

Elin Kelsey PhD is the co-founder of #oceanoptimism and an award-winning author of environmental books for children and adults.

The excellently-named Fishyleaks has been created by the Our Fish campaign to end “rampant” overfishing and illegal, unreported fishing activity...
See more 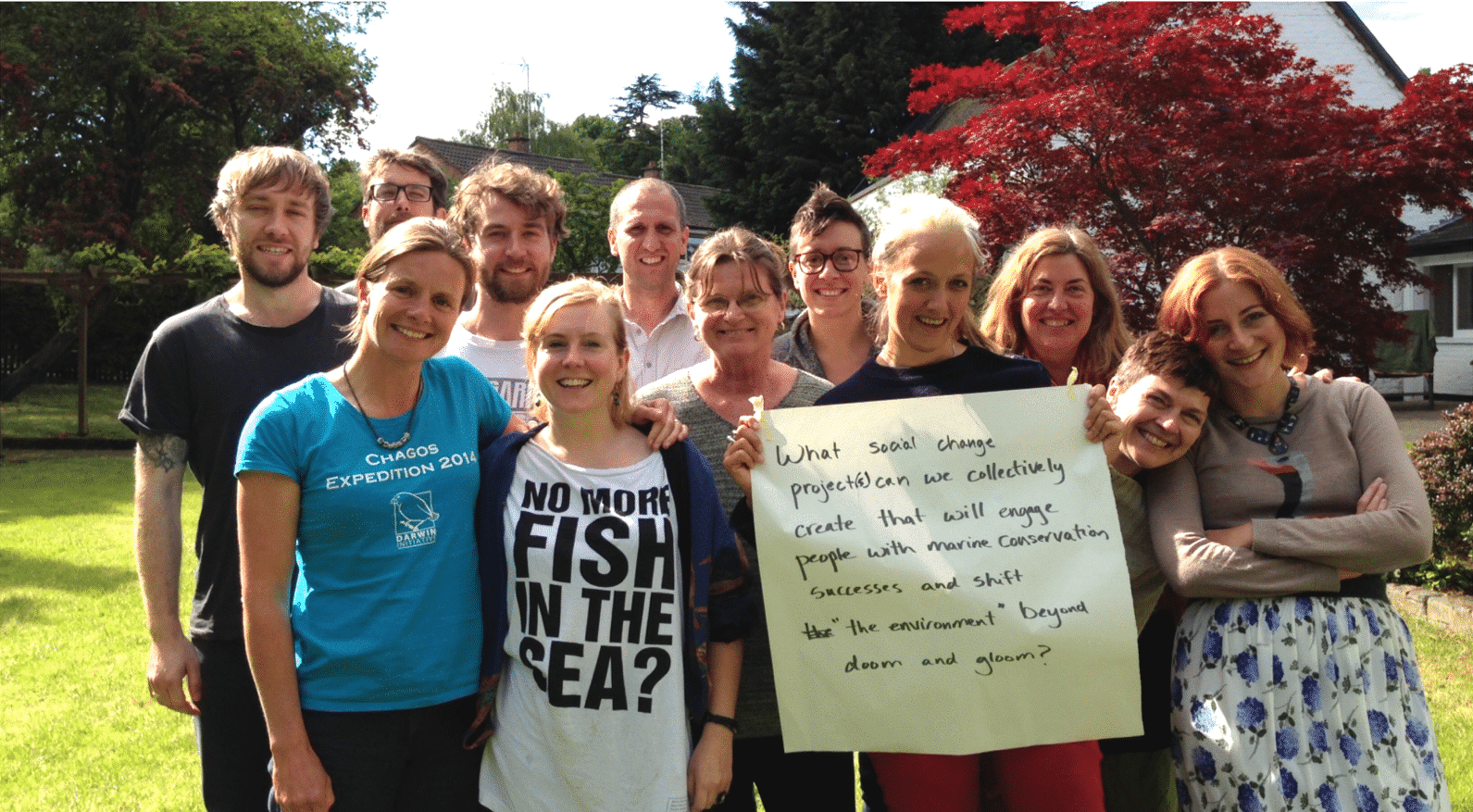 Heather in blue, Elizabeth in the 'No more fish in the sea' t-shirt, Nancy on her right and Elin, the head popping out to the right of the yellow sign

The excellently-named Fishyleaks has been created by the Our Fish campaign to end “rampant” overfishing and illegal, unreported fishing activity...
See more