Bren Smith loves working on a boat; he’s been doing it since he was 14, and he’s often said that’s where he wants to be until the very end.

He was 20 years old and working in the Bering Sea when the cod stocks collapsed in Newfoundland, Canada, leaving around 30,000 people jobless. Smith himself came from a tiny village of the province. Questioning the stability and sustainability of industrial fishing, he moved to salmon aqua farming and then to oyster farming, when, in 2011, he lost his yield and equipment to one hurricane after another.

Climate change is not only affecting storms, it’s also impacting global fisheries. What’s more, underwater dead zones (areas with low oxygen) are being made worse by runoffs of excess nitrogen. Increased carbon in the atmosphere from fossil fuels and deforestation is making the water more acidic and harming marine organisms. Meanwhile, experts are calling for changes in the way food is produced, warning that too many resources are being used.

“We’ve screwed up. But in a way, that’s what’s exciting,” says Smith, onstage at a TEDx Talk. “Because our backs are against the wall, we have to innovate,” he continues, “we have to completely change our relationship to the planet and reformat our economy around principles of sustainability.” 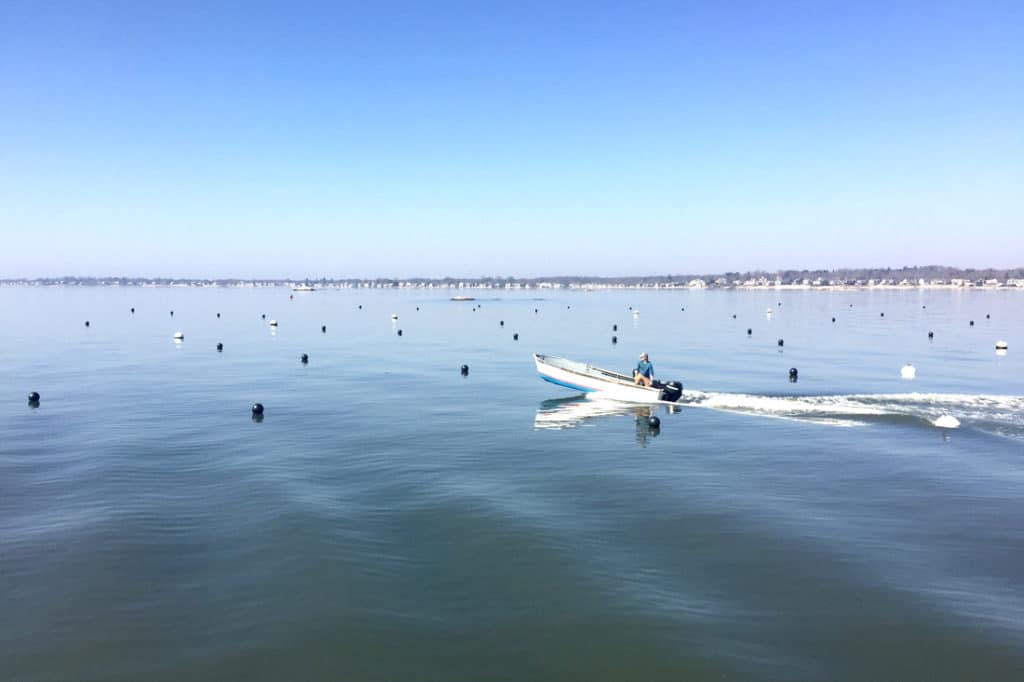 An ocean farmer out in the field. Photo: GreenWave

It was around the time of that presentation, in 2014, that Smith co-founded GreenWave. Initially inspired by the work of Dr. Charlie Yarish from the University of Connecticut, Smith ultimately came up with a system. He calls it 3D farming, or using the whole water column for a multi-layered farm of seaweed, oysters, scallops, and mussels. Because it sits vertically, below the surface, it can produce a large harvest with a small footprint—all without needing any fresh water, fertiliser, or antibiotics. And GreenWave says it’s accessible to anyone with 20 acres, a boat, and US$20-50k to start their own farm. 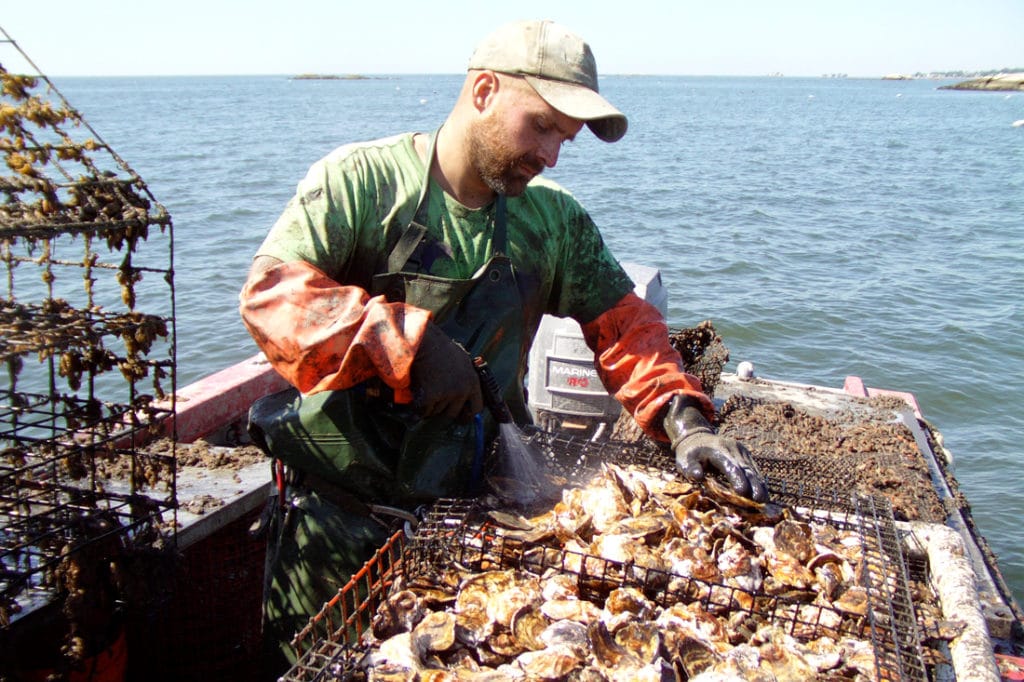 Since its inception and thanks to its positive impact on its environment, GreenWave’s model has also been called regenerative or restorative ocean farming. The multitude of crops grown mimics the diversity of ocean reefs, where species work together to support ecosystems. Not only does the polyculture help with underwater “reforestation” as they put it, oysters can improve water quality by removing nitrogen and thus potentially help reduce dead zones.

Seaweed can also help as it draws both nitrogen and carbon out of the water as it grows. It’s rich in nutrients, protein, and fibre, ultimately providing a healthy addition to diets – although, like with any food, moderation is key. Sugar kelp, the type of seaweed grown by GreenWave, is also high in vitamin C, K, iron, calcium, iodine, and magnesium. And humans aren’t the only ones who can benefit from consuming it. Livestock produce methane emissions (a gas that’s damaging due to its effectiveness at trapping heat) equivalent to 7 gigatonnes of CO2 per year, similar to a year of transport emissions. Including seaweed in the diet of cows can help reduce their methane emissions by as much as 82%, with sustainable results and no effect on dairy taste. As if that all weren’t enough, non-food grade farmed seaweed can also be turned into straws, paper, and bioplastic packaging. 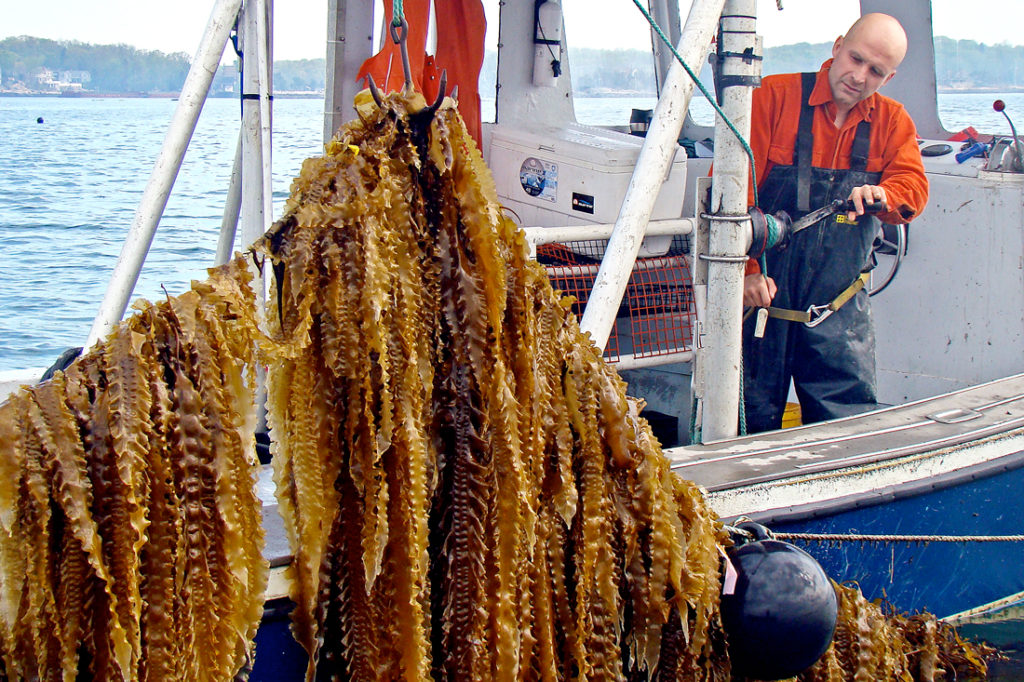 Bren Smith, who is also the author of the book Eat Like a Fish: My Adventures as a Fisherman Turned Restorative Ocean Farmer, doesn’t always define himself as an environmentalist, though. Indeed, GreenWave is not only focused on sustainability, but also on providing employment within the fishing industry, with studies suggesting seaweed aquaculture could create millions of jobs.

Helping regenerative farmers get started is GreenWave’s long-term objective: their ten-year goal is to help 10,000 ocean farmers with training, tools, and support. There are over 7,000 people on the waiting list, they say, and they have requests to start farms in over 100 countries. Their training ranges from low-touch (webinars and online toolkits) to high-touch (farmer hotlines, hands-on training, and a Farmer Support and Buyer Network).

For additional support GreenWave is also developing its Regenerative Ocean Farming Platform, which aims to provide the tools and knowledge to start one’s own farm. 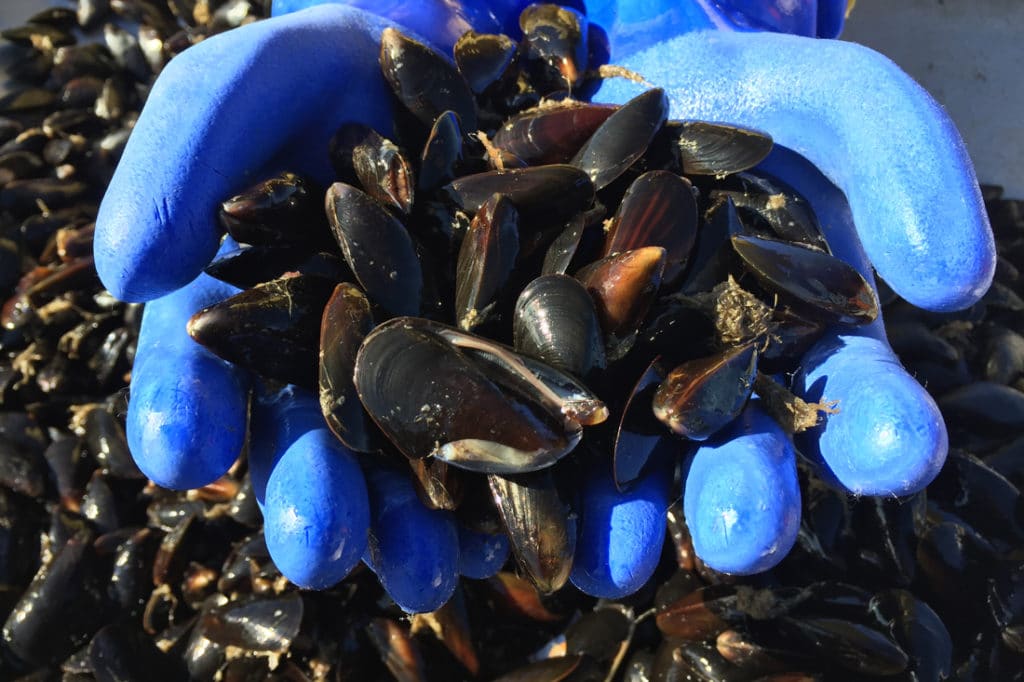 AtlasAction: Sign up for their monthly newsletter or, if you happen to live in Connecticut, join the Thimble Island Ocean Farming Community Supported Fishery. Modelled after community supported agriculture, it provides its members with a monthly supply of oysters, clams and kelp.

Reporter and producer based in Ireland and, sometimes, Barcelona where she contributes to BCN Més. Originally from Italy, she has also lived in and reported on the United States, France and Spain.

GROW fuses art and science, using lighting design to improve crop resilience and production while inspiring us to take a...
See more
Share this project

GROW fuses art and science, using lighting design to improve crop resilience and production while inspiring us to take a...
See more