Games for Change is the world’s largest community dedicated to the intersection of games and social impact, empowering game creators to drive some serious change IRL.

Whether you play alone or in a team, online or on a carton board, whether you’re into Jenga, Super Mario, or medieval adventures, games can be seriously good for you — and others! 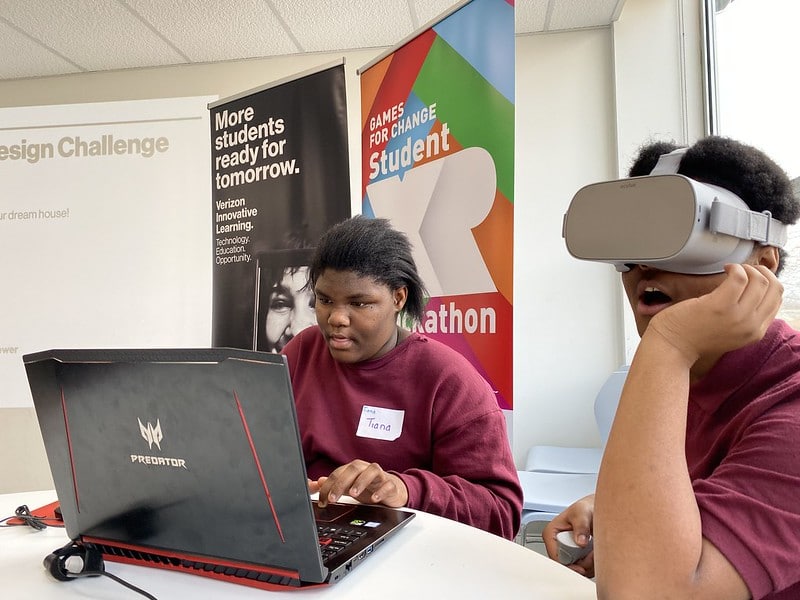 Enter a world where games make the future better and more fun. Credits: Games for Change

Games for Change (G4C) are perhaps the world’s biggest fans of serious games, and they made it their mission to harness the power of play for meaningful change. Their President Susanna Pollack says it best:

“We envision a future where games and immersive media are widely understood to be critical tools for humanitarian and education work, and the games industry becomes a destination for people who want to change the world for the better.”

Imagine what would happen if you put together students, educators, scientists, policymakers, and the developers of the world’s most popular video games. Well, you’d probably have a melting pot of creativity and the potential to drive social change through play — in other words, you’d have created Games for Change Festival.

The annual event is the go-to destination for game-changers decided to make the world a better and more fun place to be. From talks and workshops to arcades and built-in networking opportunities, gamers and creators come together to reimagine the future of play. Participants discover the ways in which games can positively impact serious stuff, as talks and panels focus on three key areas where games are having the most impact: education, health and wellness, and civic and social issues. 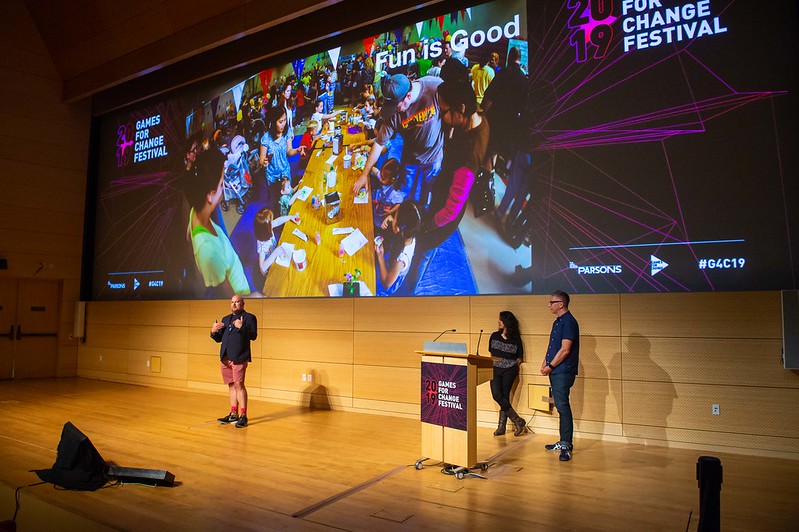 Come play with us. Credits: Games for Change

And what are games without a little competition? During the festival, the Games for Change Awards celebrate the year’s most impactful games and the initiatives that are making gaming a safer, more inclusive space — like AbleGamers, whose founder was recognised in 2021 for “championing accessibility and amplifying the voices of disabled gamers.”

We asked Susanna to give us an example of a world-changing game that made a lasting impression during the festival. Alba: A Wildlife Adventure was one of the 2021 big winners. Players travel to a Mediterranean island suffering from the effects of pollution and human activity and are invited to explore the relationship between humans and nature while taking meaningful action against the climate crisis. Meanwhile in the real world, the game creators are planting 1 million trees and inspiring 1 billion citizens to reduce their carbon pollution. 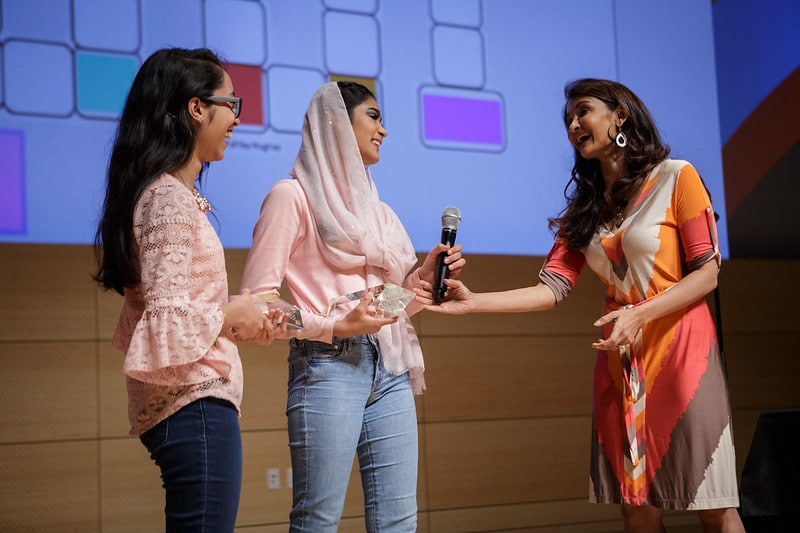 Change is a winning game. Credits: Games for Change

The work of Games for Change continues well beyond the two-day festival. The G4C Student Challenge unleashes the creativity of our youngest, most imaginative minds encouraging them to redesign our collective future through games. Students are invited to create digital games about real-world issues impacting their communities, from accessibility to sustainability.

“It’s a bridge between what kids love and what the world needs. In the process, they become creators and not just consumers of video games, and learn that they have the power and agency to tackle the world’s most intractable problems. And they have a whole lot of fun! “ 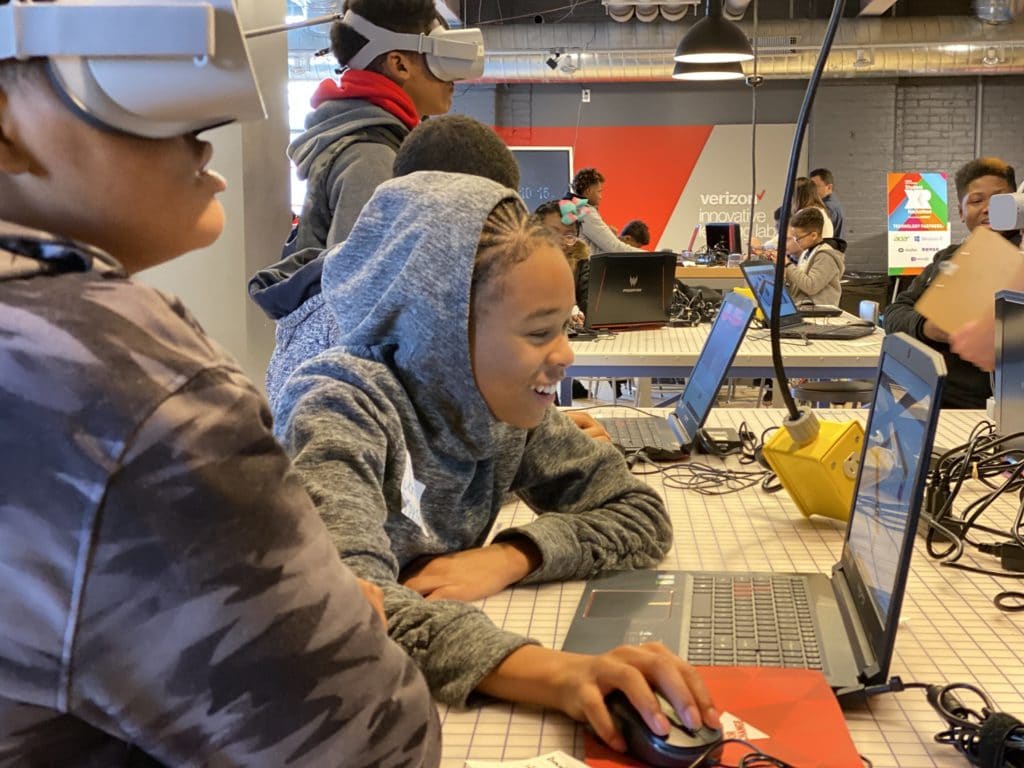 2022 will be a big year for Games for Change. The 19th edition of G4C Festival will be the “biggest and most inclusive event yet”, allowing the community to “reconnect in person and recharge relationships” after the pandemic imposed remote connections only.

The G4C community is also growing around the globe, with chapters in Latin America, Europe, Asia Pacific and Africa, and expansion plans in the Middle East. 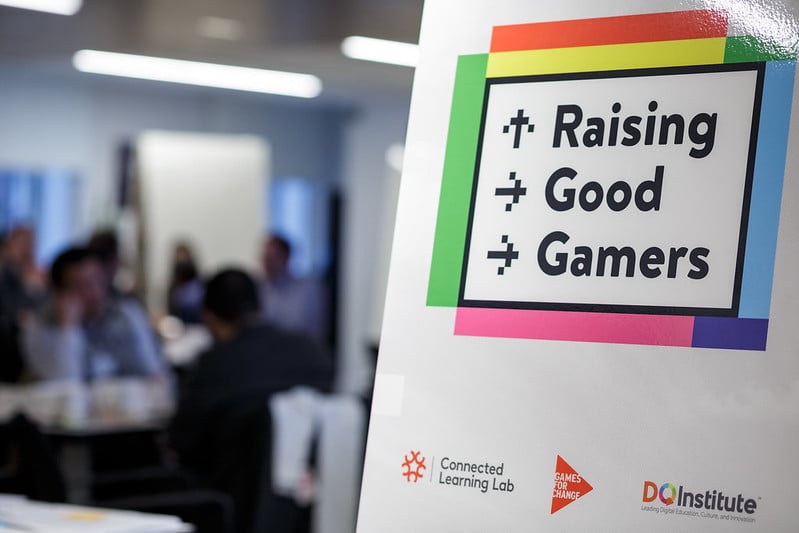 The new Raising Good Gamers initiative catalyzes positive change in the culture and climate of online gaming for youth.

Susanna has no doubt that games can change the world and unlock new ways to solve society’s most pressing challenges:

Do you know a game that’s seriously good for people and planet? Let us know in the comments below!

AtlasAction: Gamer? Check out the extensive G4C database of seriously good games to play to change the world. Creator? Keep an eye on the G4C Festival and submit your game-changing work. Curious? Sign up for the G4C newsletter.