Over the past 10 years, humans have produced more plastic than in the last century and much of it ends up in the ocean (about 10 million tonnes each year). If we continue at this rhythm, experts estimate that there may be more plastic than fish swimming in our beloved Blue Planet by 2050.

Fortunately, in the sea there’s also plenty of waste warriors like Kevin Ahearn, Ben Kneppers and David Stover, who founded Bureo in 2013. Three passionate surfers from North America, they fell in love with the Chilean coast and launched their startup in Concepción in the south of the country to help stop one of the biggest ocean plastic pollution culprits: fishing nets.

Ghost fishing gear (abandoned, lost, or otherwise discarded fishing gear including nets, lines, and ropes) may not be as well known to the environmentally conscious urbanite as straws, six-pack rings, and plastic bags. Yet, it makes up about 10% of the plastic we have in our oceans and 46% of the Great Pacific Garbage Patch, with tragic effects.

According to the WWF, ghost fishing gear is ‘the deadliest form’ of plastic pollution for marine life as it kills wildlife and damages critical natural habitats such as coral reefs at an extraordinary rate. An even more staggering record when you consider that plastic fishing nets have only been around for 40 years or so. 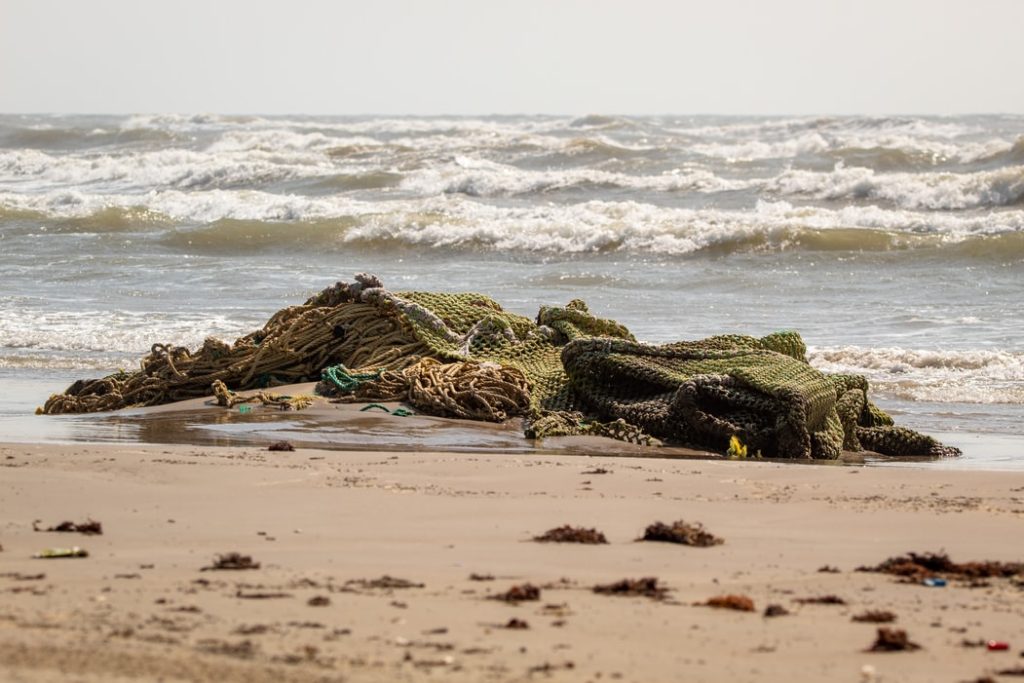 The Bureo team realised that our ghost fishing gear problem isn’t simply the fishermen’s fault but rather the result of a lack of infrastructure for coastal communities to properly dispose of their nets at the end of their life cycle.

Decided to save the waves (which are called, you guessed it, bureo in Mapuche), they created an incentivised programme to collect, clean, sort and recycle fishing nets into their not-technically-new material NetPlus.

They pay fisheries a premium to return the nets that can no longer be used and local workers sort and process the discarded nets, which are then sent to the recycling plant to be turned into pellets. Finally, they sell NetPlus to companies (like Patagonia, which has a no-unnecessary-harm philosophy) that want to reduce their use of virgin plastic and are looking for more sustainable alternatives. As to say, circular economy at its finest.

Turning fishing trash into cash isn’t an easy ride. Ben spent 2 years working with fishermen and scientists researching a way to properly collect and process the nets and eliminate waste management issues for fishing communities. Speaking to the Guardian, David explains how due to its “mixed and degraded” state, ocean plastic isn’t the type that can be used for high-value products easily. And every time they strike a partnership for a new end product, it can take a long time to figure out how to incorporate NetPlus in their line. 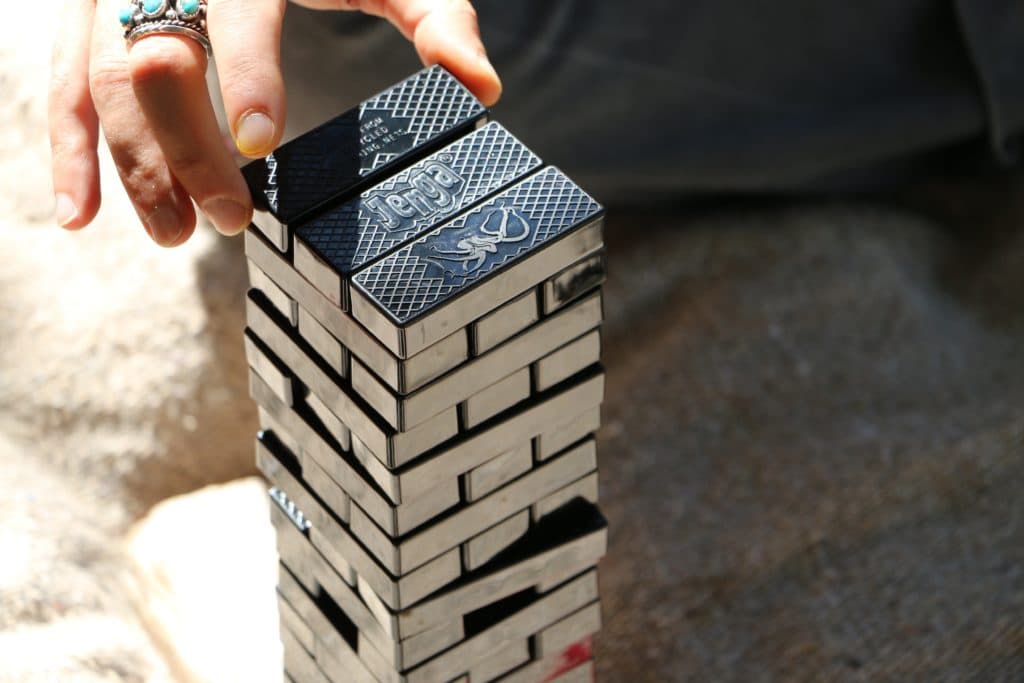 Bureo has expanded to new shores — the team now collaborates with fishing communities across South America and has launched sites in Peru and Argentina. To this date, they have freed the waves of about 3.4 million pounds (1.5 million kg) of nets — that’s roughly the weight of 280 adult African elephants, or 72 fire engines! 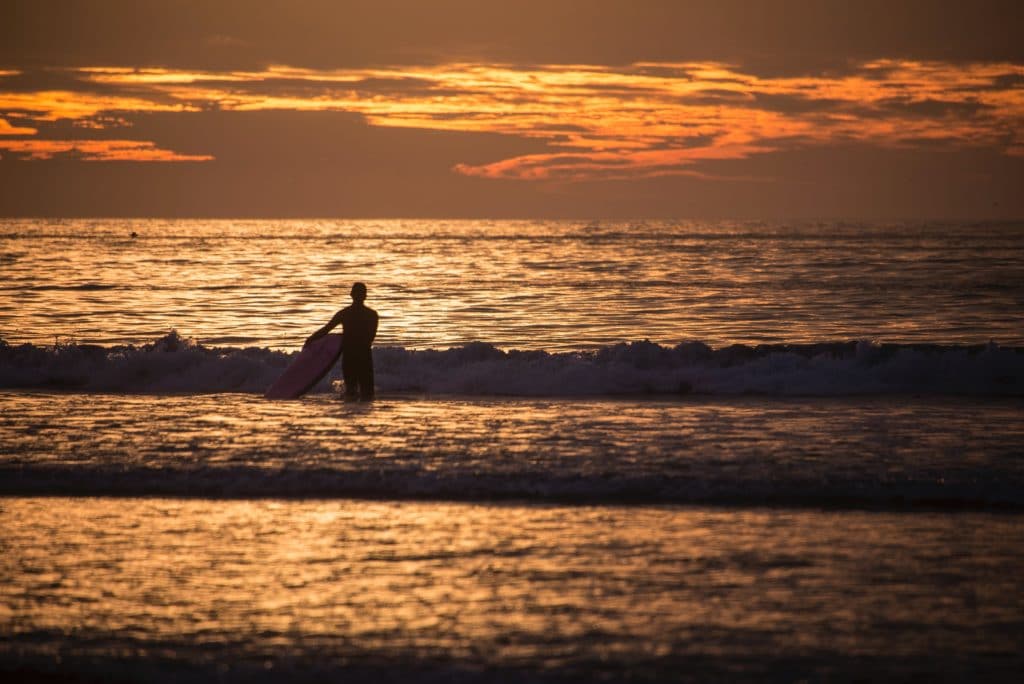 Fortunately for the ocean, the lineup is getting busier. Creatives, designers, and entrepreneurs around the world are finding ways to create more sustainable products and incorporate recycled materials. From mushroom clothes to coffee grounds turned coffee mugs, waste busting alternatives are more available than ever. Although the flow of plastic must be stopped at its source, these innovations are changing the tide by bringing solutions to stop the shocking 79% of global plastic waste that still ends up in landfills, dumps, and the ocean.

AtlasAction: Shop the Bureo collection to find their future-fit Jenga and other products made from recycled nets, and discover more waste warriors.

This story starts with a pair of shoes and ends with a hotel chain that empowers women at risk of...
See more
Share this project

This story starts with a pair of shoes and ends with a hotel chain that empowers women at risk of...
See more